We will begin at 8:30am at the Stones River National Battlefield, just 30 minutes from the Gaylord Opryland Hotel. Known in the South simply as the “Battle of Murfreesboro”, the battle was fought from December 31, 1862, to January 2, 1863, and of the major battles of the Civil War, had the highest percentage of casualties on both sides. We will tour the battlefield with Bill Potter and learn of the men — including the “Fighting Bishop” General Leonidas Polk — who engaged in this great struggle, along with the tactics they employed and the ideology that drove them.

Next we will move to Winstead Hill (box lunch provided). Here the Confederates launched a charge that was almost twice as long and far more deadly than the famous Pickett’s charge at Gettysburg a year earlier, costing them fourteen Confederate generals (six killed or mortally wounded, seven wounded, and one captured) and 55 regimental commanders. Here we will get an overview of the battle from the vantage point overlooking the town of Franklin, two miles to the south.

Carnton Plantation is our final stop. Beginning at 4pm on November 30, 1864, Carnton witnessed what is believed to be the bloodiest five hours of the Civil War, beginning with a massive frontal assault larger than Pickett’s Charge at Gettysburg. On the morning of December 1, 1864 the bodies of four Confederate generals killed during the fighting (Patrick R. Cleburne, Hiram B. Granbury, John Adams, and Otho F. Strahl), lay on Carnton’s back porch. The floors of the restored home are still stained with the blood of the men who were treated there. You will hear the remarkable accounts of bravery and valor by soldiers and citizens alike, as we culminate with a tour of America’s largest privately owned military cemetery and the remarkable story of how it came to be. Tour ends at 3:30pm. Opryland is 30 minutes away and the convention begins at 5pm. 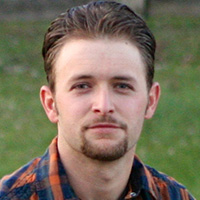 Samuel Turley has been an ardent student of history — especially Southern and Civil War history — for over twelve years. His extensive study has instilled in him a great respect for our nation’s forefathers. His observations of their godly character, exemplified by commitment to duty and sacrifice, have shaped him and given him a love for history. This, combined with a great interest in art and architecture, has provided him with unique opportunities to speak to a variety of audiences on subjects related to 19th century history. Samuel is a co/operator of an organic farm and is currently employed as a historical interpreter at The Battle of Franklin Trust — an organization dedicated to the memory of the soldiers who fought and died at the Battle of Franklin, Tennessee.

Tour price includes all admissions and a box lunch. Space is limited, so register today while there is still room!

After the tour, Bill Potter will speak on the importance and enjoyment of studying and teaching history as well as other topics at the Teach Them Diligently Homeschool Convention at the Opryland Hotel in Nashville March 20-22. Separate registration required. See us at Booth 726 and receive a free MP3 download of one of Mr. Potter’s Nashville messages when you subscribe to our email newsletter.