oin us on the shores of Lake Erie as we introduce you to three notable and unique men: Captain Oliver Hazard Perry from the War of 1812, Rutherford B. Hayes, the 19th President of the U.S., and boyhood misfit turned genius, Thomas Edison. Each of these remarkable men shaped our nation in such a significant way that the impact was felt around the globe. We will also visit Johnson’s Island, site of great escapes and spiritual revival among Confederate prisoners held there during the Civil War. Wednesday evening will be a highlight as we dine with veterans from across the wars at the Ohio Veterans home (3416 Columbus Ave, Sandusky, OH 44870). We will end in time to make the opening session at the Teach Them Diligently Homeschool Convention at the Kalahari Resort where Bill Potter will be speaking. 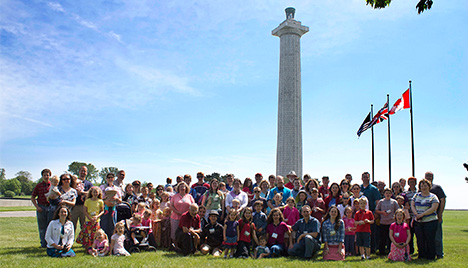 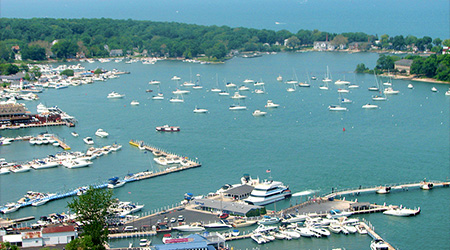 Ferry to Put In Bay 2 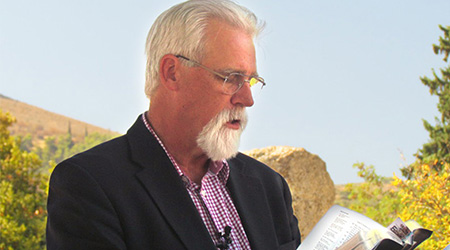 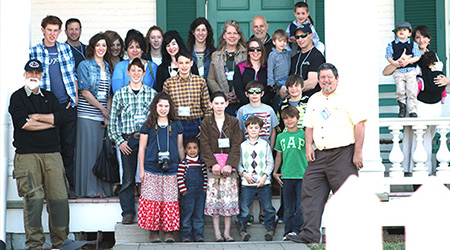 You are invited to join veteran military historian Bill Potter — a graduate of both Cedarville University and the University of Dayton — to explore some of the most important historic sites of Northern Ohio.

As the bicentennial of the War of 1812 comes to a close, We will visit the location of the headquarters of one of the most important American officers in that war, a man whose eponymous middle name suggested what he would become best known for: courage and victory, Oliver Hazard Perry.

The Mother of Presidents

Ohio has often been called “The Mother of Presidents” and among the best of them is Rutherford B. Hayes. Elected in a monumental controversy and scandal over the election results from Florida in 1876, Hayes followed his victory with the termination of reconstruction in the south, civil service reform, and a reassertion of the power of the presidency. At the end of his life he said his service in the Civil War, where he was wounded five times as Colonel of the 23rd Ohio Infantry, was the greatest honor of his life, having also served as both Governor of Ohio and President of the United States. We will visit both the elegant home and the Presidential Museum of Rutherford Hayes in Norwalk and discuss the providential events in the life of the 19th President.

Ohio provided several large Civil War POW camps in the War Between the States. Johnson’s Island Prison in Lake Erie housed many officers and other Confederate soldiers and was the scene of a few incredible prison breaks across the ice of the lake, as well as significant spiritual awakening among the men housed there. Join us to hear the stories and remember the unusual providences and controversies of prisoner incarceration and the bitter hardship of such life during the war.

The history of science and invention rarely take their place among the most visited historic sites. The home of inventor Thomas Edison is an exception. Though his workshop was uprooted and transported to Michigan, his home remains in Milan, the birthplace of one of the great geniuses of America and the location of his early education and formative years.

In 1886, the Ohio General Assembly authorized the creation of the Ohio Soldiers’ and Sailors’ Home at Sandusky, Ohio. On November 19, 1888, the first seventeen Civil War veterans arrived there. As the United States became involved in other conflicts, the Ohio Soldiers’ and Sailors’ Home admitted honorably discharged veterans from the Mexican Border War, World War I, World War II, the Korean War, the Vietnam War, and the Persian Gulf War. We will tour their fine museum as well as enjoy a heart-warming dinner with veterans from across the wars on Wednesday evening.

Note: Following the tour, Bill Potter will be speaking at the Teach Them Diligently Homeschool Convention at the Kalahari Resort in Sandusky. Convention registration separate through the TTD web site.