“Vicksburg is the key; the war can never be brought to a close until that key is in our pocket.“ —Abraham Lincoln

oin us on the bluffs above the mighty Mississippi as we embark on a family history tour of Vicksburg, scene of some of the most touching narratives and striking providences of the Civil War. With a Pennsylvania-born Confederate Major General Pemberton pitted against the Illinois bulldog, Ulysses S. Grant, the consuming drama of Vicksburg played itself out with dire implications for both nations. 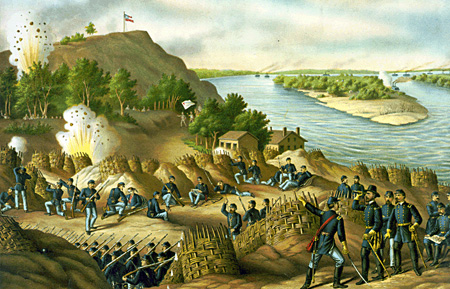 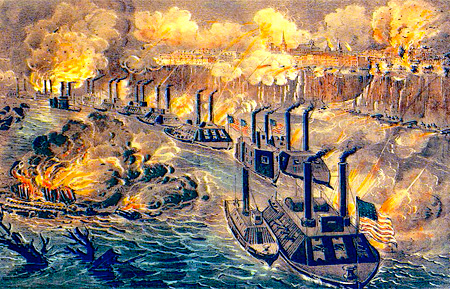 The fight not only consumed soldiers, however. The women, children and elderly citizens of the city were bombarded so mercilessly that they resorted to digging over 500 caves in the hills around the city and began living in them, causing Union soldiers to refer to the town as “Prairie Dog Village.” The stories of mothers buying rats in the marketplace and the starvation and deprivation that many underwent are reminiscent of medieval sieges. 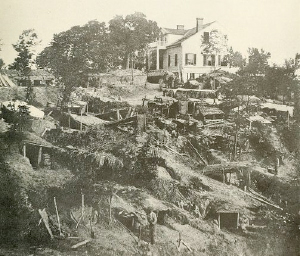 Turning Point of the War

Pemberton surrendered on July 4, 1863. In the words of Abraham Lincoln, “The Father of Waters again goes unvexed to the sea”. Few battles in American history have had such profound implications for the outcome of a war. Combined with Gettysburg, which ended the day before in Pennsylvania, the Confederacy was dealt a terrible blow.

The town of Vicksburg would not celebrate the Fourth of July for 81 years.

This tour will encompass three major battlefields and a museum: Port Gibson, Champion Hill, Vicksburg and the Old Courthouse Museum. Today, the Vicksburg National Military Park stretches over 1,800 acres of fields, woods, and ravines and features over 1,300 monuments, markers, plaques and tablets. It includes the Vicksburg National Cemetery, the final resting place of 17,000 Union soldiers, the largest number of any national cemetery. 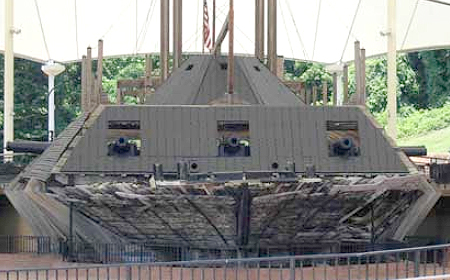 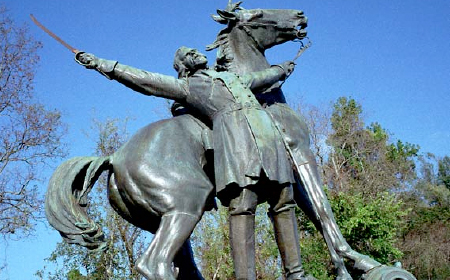 You provide your own transportation and meals.

Attendees provide their own transportation and meals. If you have any questions, or if we can be of service in any way, please don’t hesitate to contact us.

Now through December 31, 2014, refer a friend or family to a tour you are already registered for and they will receive 10% off registration PLUS you will receive a rebate equal to the dollar amount you saved your friends! Keep referring people and save even more — all the way to up 100% of your ticket cost! Make sure your friends write your name in the referral field when registering.

Note: Refunds are based on actual revenues of referrals and will be issued after the conclusion of the tour. We will add your last name as a Discount Code within 48 hours of your registration so your friends can save money and you can earn rebates!

Please join us for one of the last Civil War Sesquicentennial battlefield tours in Vicksburg, Mississippi November 6-8.

From the earliest days of the War, President Abraham Lincoln knew the key to victory was the seizure of the Mississippi River. The key to that conquest was the city of Vicksburg “The Gibraltar of the West”. What proved to be the longest campaign of the war, by far, to capture the Mississippi River City, resulted in many Union failures and repulses before ultimate victory. The consensus among historians of the Civil War today is that the fall of Vicksburg marked the “turning point of the war”. Once the Father of Waters “flowed unvexed to the sea”, the days of the nascent Confederacy were numbered.

Indeed, Providence had situated that city on bluffs above the mighty Mississippi, where many thousands of Americans would die defending or trying to storm its parapets. With a Pennsylvania-born Confederate Major General Pemberton pitted against the Illinois bulldog, Ulysses S. Grant, the consuming drama of Vicksburg played itself out with dire implications for both nations and for the generals whose reputations were made or broken on its barricades. The fight not only consumed soldiers, however. The women, children and elderly citizens of the city were bombarded mercilessly and many resorted to living in caves and dugouts for survival. The stories of mothers buying rats in the marketplace and the starvation and deprivation that many underwent are reminiscent of medieval sieges.

This tour will encompass three major battlefields and a museum: Port Gibson, Champion Hill, Vicksburg and the Old Courthouse. Few battles in American history have had such profound implications for the outcome of a war. Combined with Gettysburg, which ended the day before in Pennsylvania, the Confederacy was dealt a terrible blow.

We will begin the tour at Port Gibson, where General Grant crossed the Mississippi a few miles downstream from the city as an outnumbered Confederate force fought valiantly to slow down the blue host. As Generals Sherman, MacPherson, and McClernand moved toward Jackson and Vicksburg, the Southern troops fell back fighting, and made a bloody stand at Champion Hill. Pemberton’s Vicksburg line was seven miles in length and Grant’s about fifteen miles. The siege of Vicksburg began May 25th and the soldiers and civilians trapped in the encirclement sustained bombardment, starvation, and disease while repulsing the hammer blows of the encircling enemy, capitulating on the 4th of July, 1863.

For your convenience, Landmark Events has secured a block of rooms at the discounted rate of $109 at the Hampton Inn & Suites 3330 Clay Street, Vicksburg. To make reservations, call 1‑800‑HAMPTON and mention group code VCT, or make reservations online and enter VCT where it calls for a group code. Reservations must be made by October 10, 2014. Thereafter, reservations will be taken on a space available basis only.

The hotel will serve as the venue for the opening night welcome and lecture, but keep in mind that you are welcome to stay wherever suits your family best. 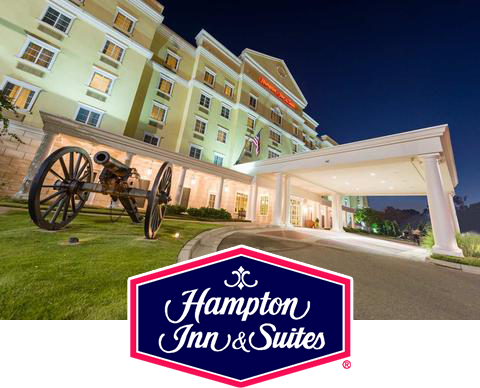 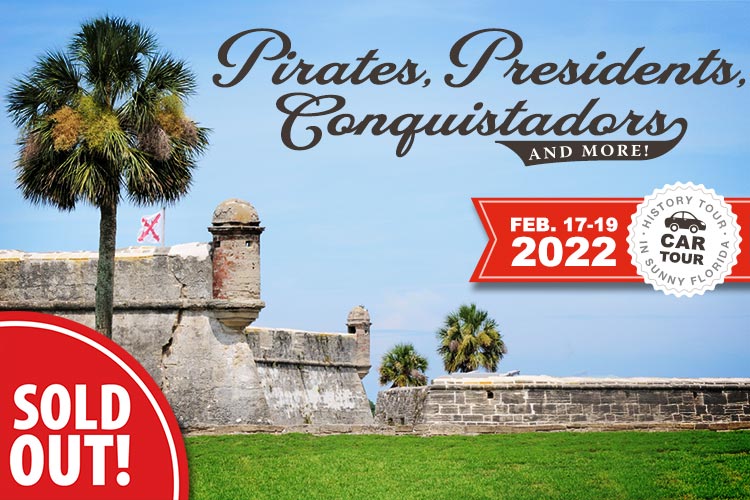 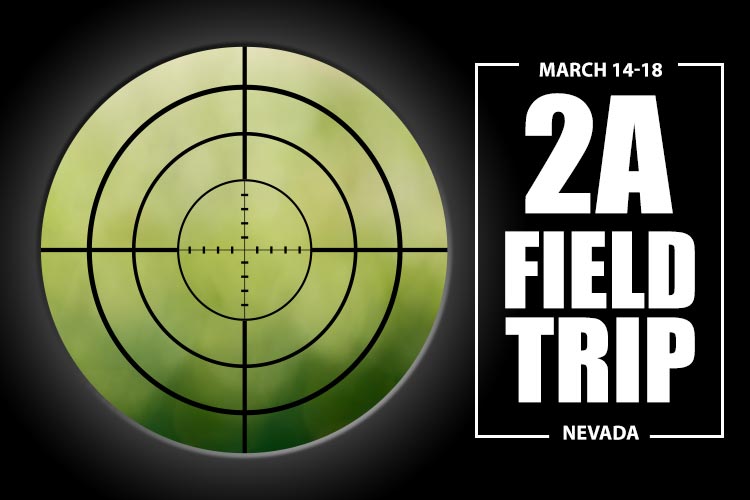 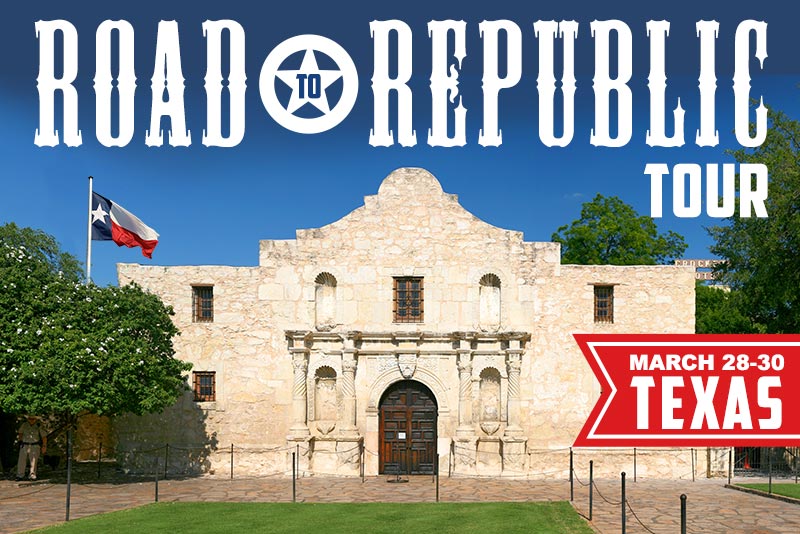