now this — perilous times are coming,” Paul told Timothy. “Those proud, fierce, covetous, evil men shall wax worse and worse.” Paul’s instruction to his beloved disciple was not to run and hide in a cave, nor sit in submission wringing his hands, but to continue in the things which he had learned and been assured of — the Holy Scriptures. Through them, the man of God may be perfect, thoroughly furnished unto all good works. Better instruction was never given.

Today’s headlines of Muslim terror, Planned Parenthood atrocities and Supreme Court-sanctioned sin bears resemblance to Paul’s description of perilous times. What are Christians to do? Take a lesson from David and cry out to the Lord as he did when Saul had trapped him in a cave, “Be merciful unto me, O God, be merciful unto me: for my soul trusteth in thee: yea, in the shadow of thy wings will I make my refuge, until these calamities be overpast. I will cry unto God most high; unto God that performeth all things for me.”

We would do well to learn from David. It is the duty of the saints, especially in times of straits, to reflect upon the performances of Providence for them in all the states and through all the stages of their lives. To do this effectively, we must be students of history.

Join Christians from around the country in Birmingham, Alabama January 21-23 to remember the promises of God and stand firm upon His word as events swirl around us. You will hear accounts of remarkable victories only the Lord could orchestrate from centuries past and the current age. We will address the Christian’s role in the church, the civil government, the community and beyond. We will glean lessons from Scotland, where the reformation that once burned so brightly has dimmed to an ember. There will be food and fellowship and plenty of opportunity to encourage one another to persevere.

A Sampling of Topics to Be Addressed

The American Village is located just south of Birmingham in Montevallo, AL. Founded in 1995, the American Village contains wonderful replicas of The Philadelphia President’s House, Mount Vernon, the Oval Office, Williamsburg’s Bruton Parish Church and The Concord Bridge. Nestled on 113 acres, it’s the ideal venue for our family conference. 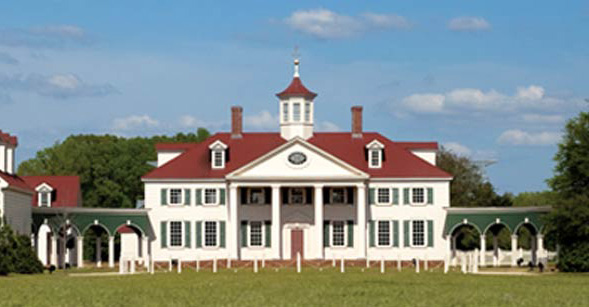 Through Family Fellowship times and Dinner Discussions, we have intentionally structured meal times to facilitate maximum fellowship and further instruction in a relaxed atmosphere. Meal plans are available or bring your own and enjoy a picnic on the beautiful grounds of the American Village.

Curtis Bowers is a Christian statesman, husband, father, filmmaker, speaker, and businessman. He served as a state representative in the Idaho legislature, started and operated three award-winning fondue restaurants, and produced the award-winning film, Agenda: Grinding America Down. Curtis and his wife of 26 years, Lauren, home educate their 9 children and operate the independent film company Copybook Heading Productions. The Bowers sing at events across the country and recently released their new film, AGENDA 2: Masters of Deceit. 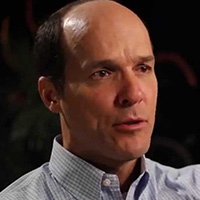 A retired Air Force Lt. Colonel and Alabama State Defense Force Colonel, John Eidsmoe is Professor of Law at the Oak Brook College of Law and Government Policy. He has served as Senior Staff Attorney with the Alabama Supreme Court and is currently Legal Counsel for the Foundation for Moral Law. As a constitutional attorney, he has defended homeschools, Christian schools, the right of students to study the Bible in public schools, and the right to display the Ten Commandments in the public arena. He has authored numerous books, including Historical & Theological Foundations of Law, Christianity & the Constitution, God & Caesar, and Columbus & Cortez, and has produced a variety of audio and video lecture albums including The Institute on the Constitution and Here I Stand: A Biblical Worldview for a New Millennium. He holds seven academic degrees in law, theology, history, and political science. He and his wife, Marlene, have three children, and live in rural Pike Road, Alabama.

Native Scotsman Colin Gunn is a sincere, orthodox Christian who worshipped for many years in a local Scottish church that descended directly from the Covenanters of the 17th century (it still requires members to sign “The Solemn League and Covenant”!) Colin has distinguished himself as an award-winning Christian filmmaker. He co-directed and wrote and produced the documentaries IndoctriNation: Public Schools and the Decline of Christianity in America and Captivated: Finding Freedom in a Media Captive Culture. His latest film is a feature-length documentary on American healthcare called Wait Till It’s Free!. His previous films include Shaky Town and The Monstrous Regiment of Women (the title of which was taken from one of John Knox’s most famous treatises). 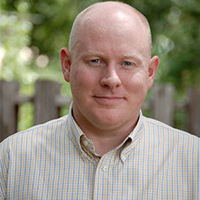 Dr. Joe Morecraft is a preacher of the Gospel and a noted lecturer on contemporary political and historical trends in the United States. He has produced the first comprehensive commentary on the Westminster Larger Catechism, a five-volume set entitled Authentic Christianity. His published works also include two books, How God Wants Us to Worship Him: A Defense of the Bible as the Only Standard for Modern Worship, and With Liberty and Justice for All: Christian Politics Made Simple. Originally ordained by the Presbyterian Church in the United States, Dr. Morecraft has pastored churches in Virginia, Tennessee and Georgia. He was the founding pastor of Chalcedon Presbyterian Church in 1974, and ministered there for over 40 years. He has assisted in planting several other churches in Tennessee, Alabama and the Atlanta area, including a new mission work, Heritage Presbyterian Mission in Cumming, Georgia. This mission and Pastor Morecraft are part of the Reformed Presbyterian Church, Hanover Presbytery. Dr. Morecraft and his wife Becky have four children and ten grandchildren. 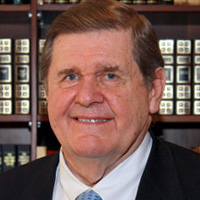 Revolutionary Literacy: How to Interpret the Marxist “Doublethink” in the Prevailing Mantras of Our Day
If you understand the strategies to dumb down America, the lies to keep us in crisis mode, and the reality of where we’re headed as a nation, then you know how serious our situation is. Curtis Bowers — director of the award-winning film Agenda — offers a sobering overview of the successful deception used to completely dismantle, pervert and redefine God’s three institutions: the family, the church and the state.

The Only Path Home
The need to rebuild the family, church and state seems obvious, but not knowing where to start keeps many from ever engaging in the battle. As a former State Representative, Curtis explains the biblical approach to rebuilding the walls that have been torn down. He presents tactics for thinking Christians who want to make a difference in the battle for America, and exhorts God’s remnant to carefully study, understand and follow the Biblical examples of repentance and restoration.

Righteousness Exalts a Nation: The State of the Judiciary in the United States

Ground Zero: Current Groundbreaking Issues at Play in Alabama that Impact the Nation

Scotland’s Decline and a Blueprint for Its Revival
Colin Gunn presents a brief history of Scotland and explains the missteps that caused the decline of a once-Christian nation into a socialist/secular state. We consider some of our heroes from Scottish history and consider what they would do to to restore Scotland’s heritage of faith and liberty.

Government-Owned, Body and Soul: Lessons from Government Healthcare and Statist Education
When the government takes over these spheres of society, it gains unprecedented power and control over its citizens. Colin talks through the consequences of centralized healthcare and education, and gives practical solutions to win back our liberty.

The Roots of Western Civilization

The Rise and Fall of Western Civilization

What Should We Do When Civil Tyranny Violates God’s Commands? The Scottish Covenanters as a Historical Test Case
Some historians label the 17th Century Reformation Christians known as Covenanters, fanatics, bigots and revolutionaries. They believed that Jesus Christ — not the King of England — is the head of the Church. More than 18,000 Scottish men, women and children were jailed, tortured, enslaved or murdered by the Crown. The Scottish Covenanters are exemplars of fortitude, sacrifice and martyrdom for Christ in a day in which the civil government disapproved of their beliefs. Is there a point at which Christians today should disobey the civil authorities, and if so, when?

The Puritan’s City on a Hill vs. The Modern State’s City with No Walls or Laws
Seeking to establish what they hoped was the beginning of the Christianization of the whole world, the Puritans of England who came to American shores set out to be an example for the nations — a city set on a hill for all to see. The modern notion of America is that we are a pluralistic nation, welcoming every belief known to man and keeping “religion” out of civil government. How should Christians think about the application of our faith to civil government in an age that hates God and anyone who suggests Christian influence in the public square is a good idea?

The George Washington Story — Victory from Defeat
George Washington took command of an army of sovereign individualistic amateurs and fought a war, throughout which he suffered significant, and sometimes constant, defeats. But perseverance lay at the core of his character. He was tempted to quit several times, but with the temptation came that hope and persistence that victory lay at the end of the historical road and giving up was not an option. It is easy to see in retrospect, but at the time, events seemed to presage only sacrifice without victory. That frowning providence suddenly revealed success. The pattern continued to the end until Yorktown sealed independence. How very similar to God’s way with us.

For your convenience, a block of rooms has been reserved at the Hampton Inn Calera (93 Metro Drive., Calera, AL 35040).

Standard rooms are available at $99 per night including hot buffet breakfast, free Wi-Fi and parking. This special rate is valid from January 21-24, 2016. Reservations will be accepted while rooms or until January 6. 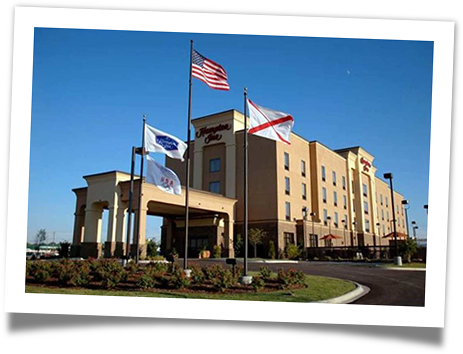 When it comes to mealtimes, you have a variety of options. We are pleased to offer catering from Full Moon BBQ through family fellowship times and dinner discussions. We have intentionally structured mealtimes to facilitate maximum fellowship and further instruction in a relaxed atmosphere. We will be showing film clips and making brief informal presentations during mealtimes to seed discussion and provide valuable information. Most speakers will be on site at mealtimes and eager to engage in conversation with you.

We have underwritten a portion of the cost to provide you with economical and tasty meals on-site. Register for the meals online by noon January 18, and we will have it there for you.

Lunch and Dinner options in Calera – 7 miles away

Eat inside at the tables provided or enjoy the grounds with its many picnic tables.