George Washington on Freedom of Speech 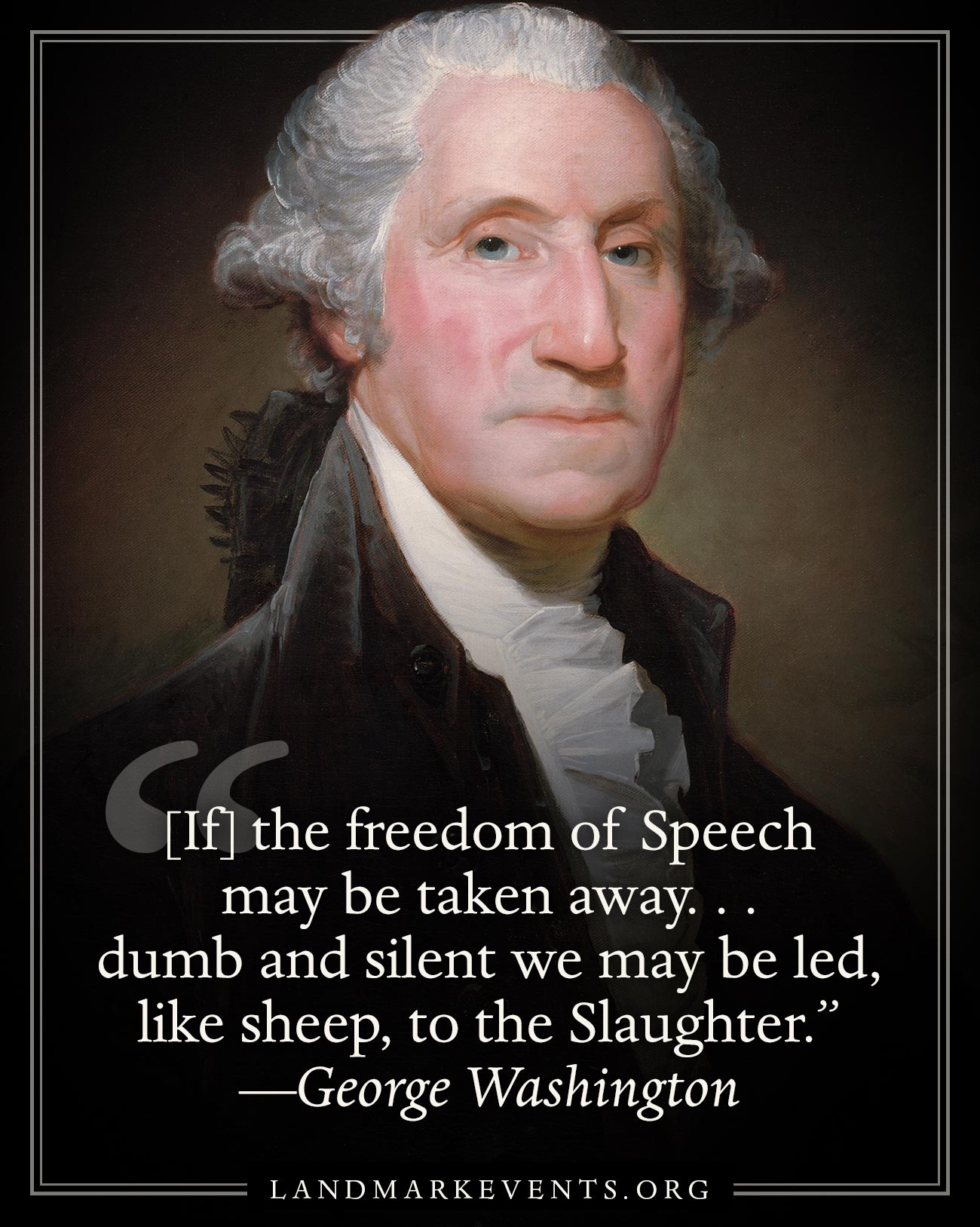 s the publisher of Dr. Peter Lillback’s exhaustive biographical work says regarding the faith and character of George Washington in his book Sacred Fire, “It presents a man driven by the highest of ideals using Washington’s own writings, journals, letters, manuscripts, and those of his closest family and confidants to reveal the truth of this awe-inspiring role model for all generations. Dr. Lillback convincingly shows how, when faced with unprecedented challenges and circumstances, Washington ultimately drew upon his persistent qualities of character—honesty, justice, equity, perseverance, piety, forgiveness, humility, and servant leadership, to become one of the most revered figures in world history. George Washington set the cornerstone for what would become one of the most prosperous, free nations in the history of civilization.”

“[If] the freedom of Speech may be taken away. . . dumb and silent we may be led, like sheep to the slaughter.” —George Washington

Samuel Adams on Servitude vs. Freedom 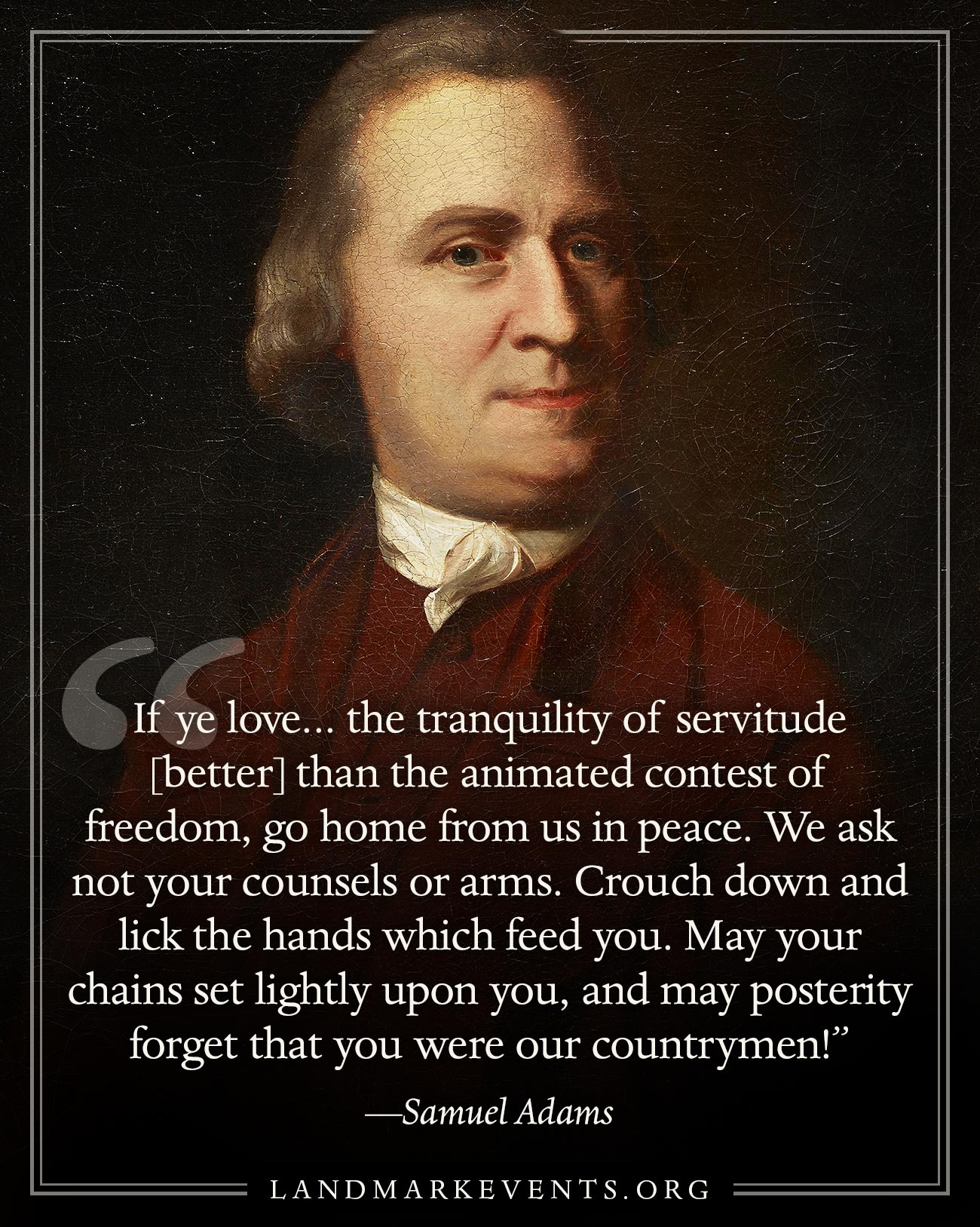 amuel Adams was one of the founders and a key leader of the Sons of Liberty, a secret resistance group during the early days of the American War for Independence. Adams was a true statesman. His contribution to the cause, with his ability to rally fellow patriots by his strong rhetoric and principled perspective, cannot be overstated. A signer of the Declaration of Independence, Adams went on to serve as President of the Massachusetts Senate, Lieutenant Governor and Governor of Massachusetts.

“If ye love… the tranquility of servitude [better] than the animated contest of freedom, go home from us in peace. We ask not your counsels or arms. Crouch down and lick the hands which feed you. May your chains set lightly upon you, and may posterity forget that you were our countrymen!” —Samuel Adams 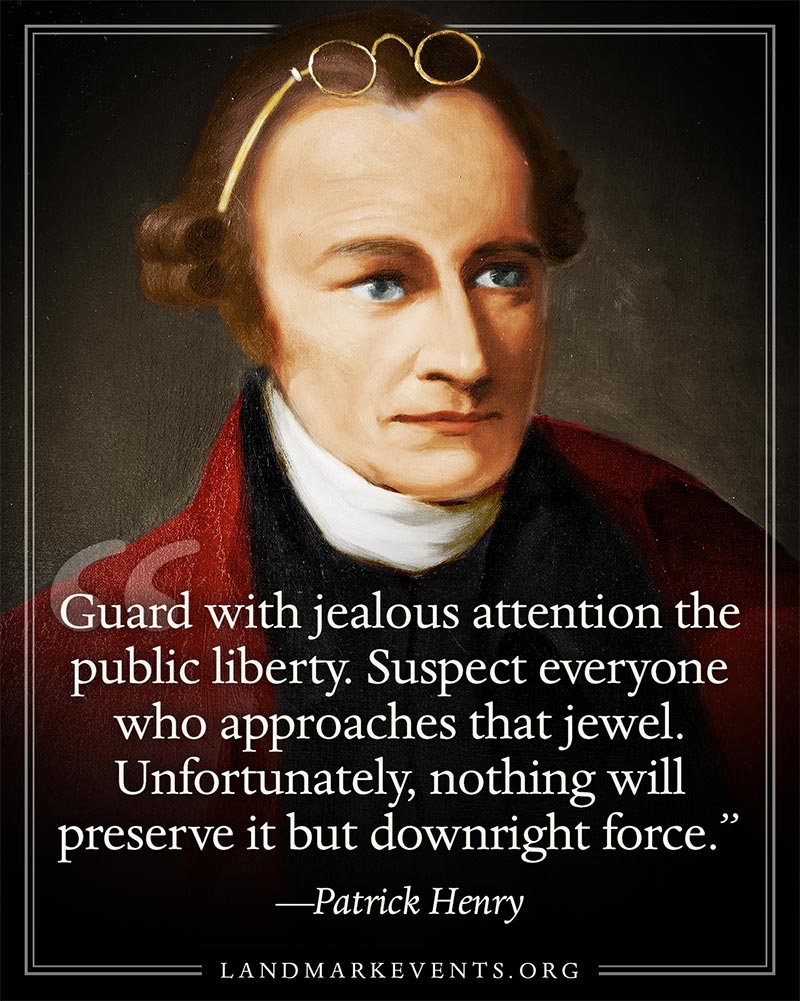 “Guard with jealous attention the public liberty. Suspect everyone who approaches that jewel. Unfortunately, nothing will preserve it but downright force.” —Patrick Henry 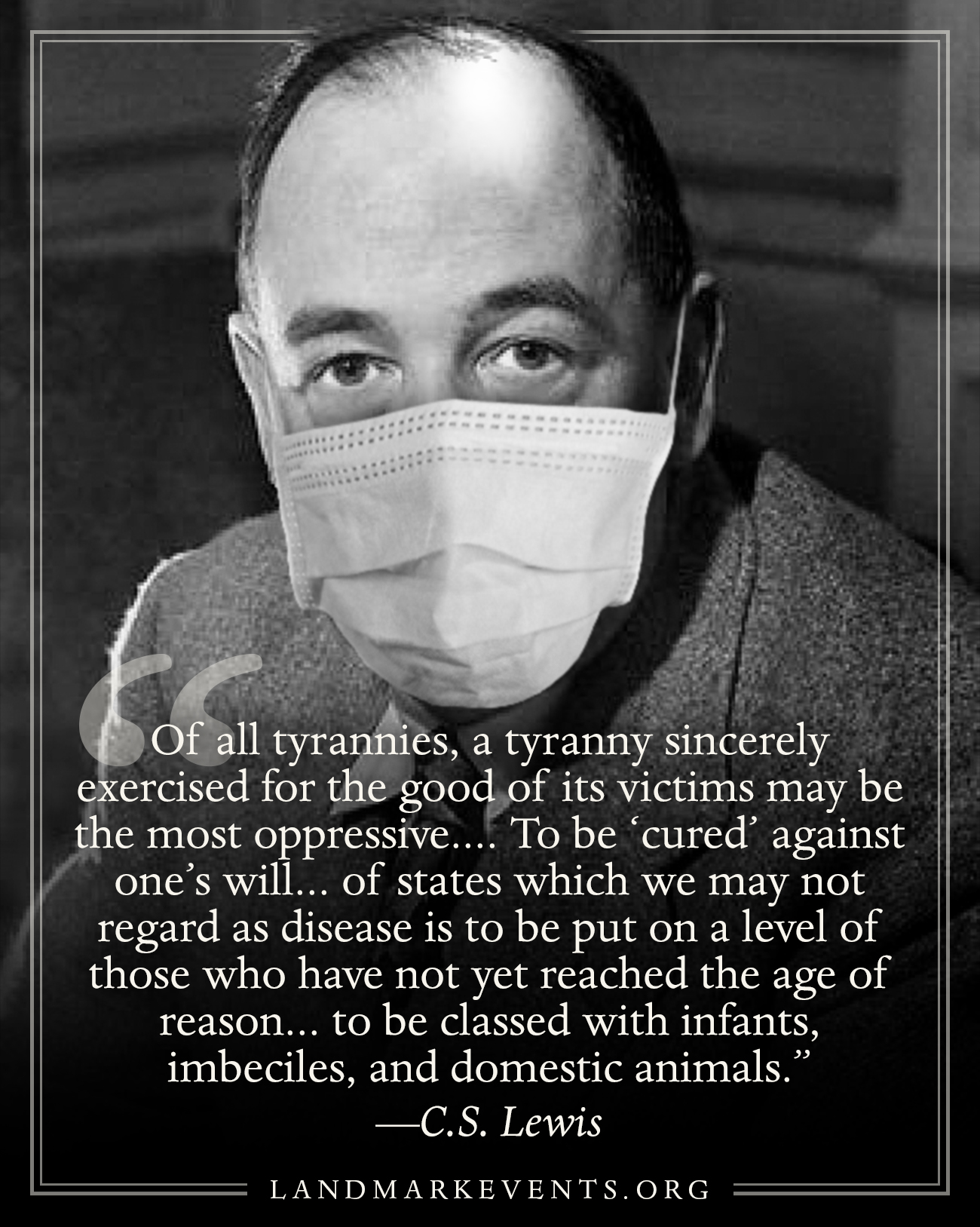 “Of all tyrannies, a tyranny sincerely exercised for the good of its victims may be the most oppressive. It may be better to live under robber barons than under omnipotent moral busybodies. The robber baron’s cruelty may sometimes sleep, his cupidity may at some point be satiated: but those who torment us for our own good will torment us without end, for they do so with the approval of their own conscience. . . . This very kindness stings with intolerable insult. To be ‘cured’ against one’s will and cured of states which we may not regard as disease is to be put on a level of those who have not yet reached the age of reason or those who never will; to be classed with infants, imbeciles, and domestic animals.” —C.S. Lewis

Thomas Jefferson on Liberty vs. Servitude 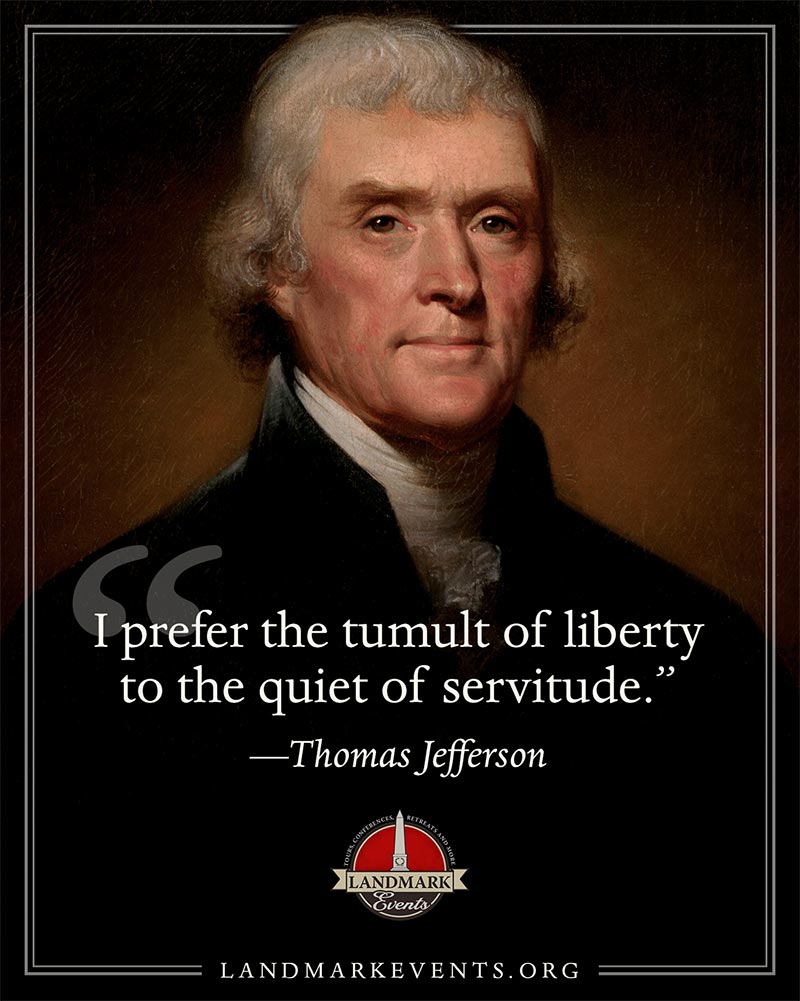 “I prefer the tumult of liberty to the quiet of servitude.” —Thomas Jefferson