“A wise king scattereth the wicked, and bringeth the wheel over them.” —Proverbs 20:26

n 1593 the Swedish Church adopted the Lutheran Augsburg Confession as its statement of faith, bringing to culmination a half century of struggle over whether the Protestant Reformation would finally win popular support. According to one historian, the reign of King Charles IX, eleven years later, marked the “start of the final chapter of the Reformation and the Counter-Reformation.” The champion of the Protestant cause through the dynastic and religious wars that terminated only at the end of the Thirty Years War, was the son of Charles and his Danish wife Christina, Gustavus Adolphus, who would become universally known as “The Lion of the North.” 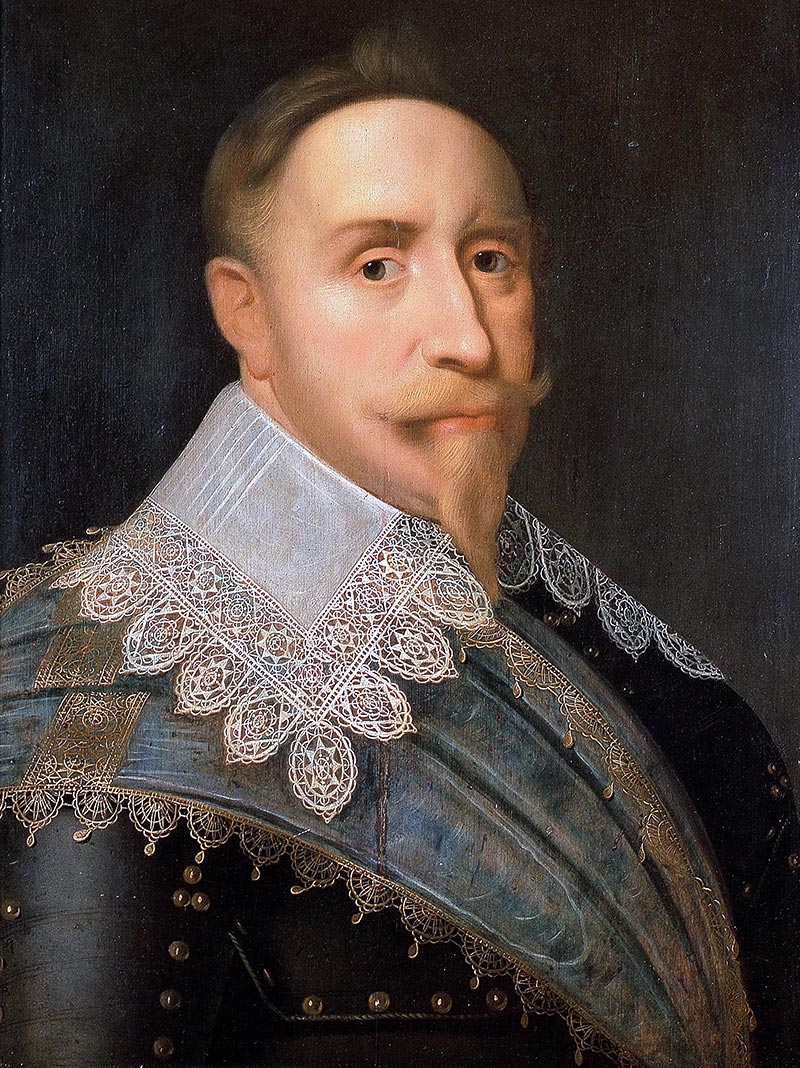 Gustavus was born in December, 1594 in Stockholm. As a child he witnessed the dynastic struggles of his family and nation. Gustavus showed a keen interest in military affairs from a young age and at seven he accompanied his father on a military expedition against Polish Catholic invaders. Besides learning the strategies and tactics of combat, by the age of sixteen Gustavus had mastered six languages. His father also constantly taught him the doctrines of the faith and the principles of obedience to the Word of God, as well as the proper actions and attitude to serve as a wise king of his people. The young prince was taken by his father to listen at the councils of the Swedish nobles. 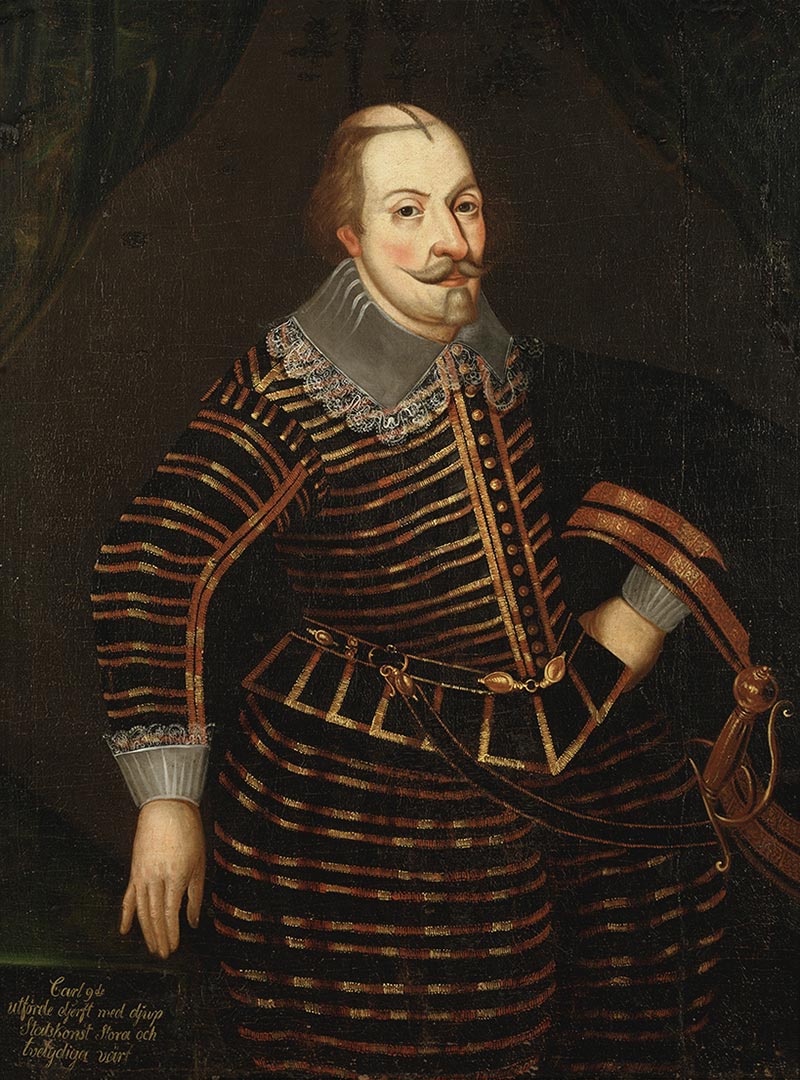 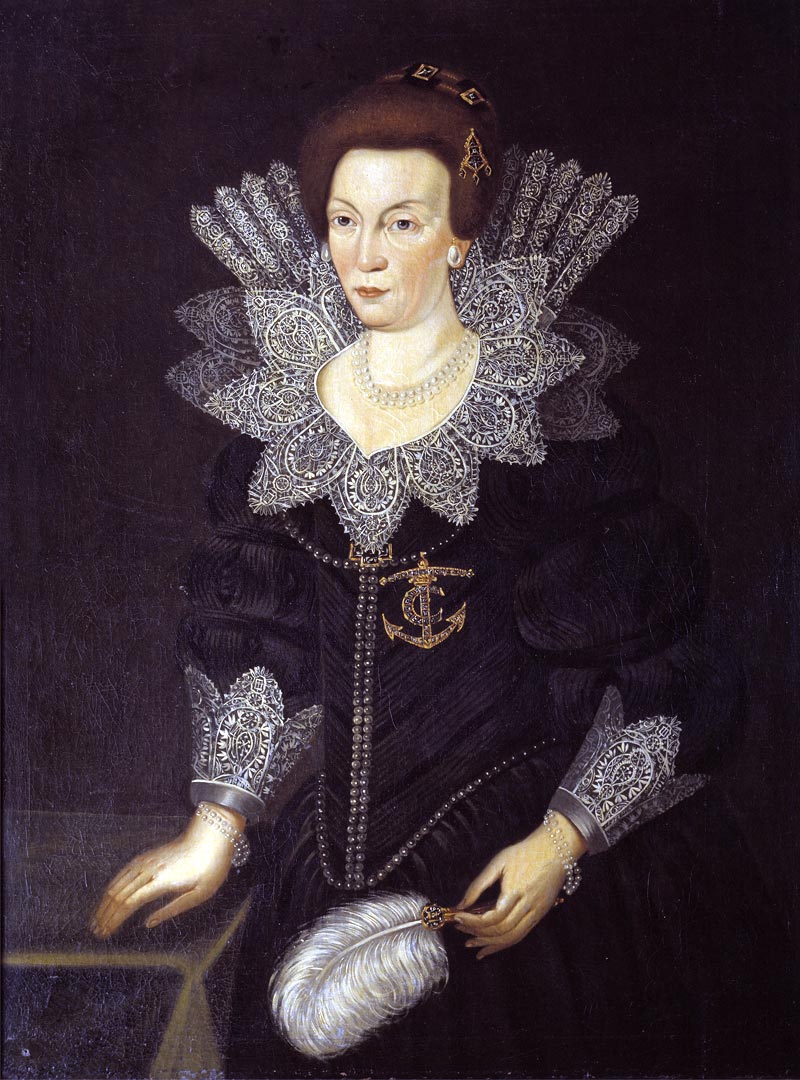 Gustavus Adolphus became king at the age of seventeen, deemed ready to rule, despite his youth. The enemies of Sweden sought to take advantage of the young king, and he led his armies into combat from the time of his accession till his death, but never in pursuit of conquest, always in defense of the nation and of the Christian faith. His prodigious physical strength and God’s merciful Providence enabled him to survive several battle wounds in desperate fighting.

In 1618, the Thirty Years War began in Bohemia when the Catholic prince discarded the “Peace of Augsburg” which had guaranteed religious liberty, and the Protestant kingdoms raised an army to defend themselves. Their “evangelical union” drew in Protestant princes and their forces from other German states. Catholic armies were assembled to crush their opponents. The war that ensued also included combinations of duchies and kingdoms of traditional enemies in conjunction with the religious enmity. The Catholic League, on behalf of the Austrian “Holy Roman Emperor” under Generals Wallenstein and Tilly, went from victory to victory over the Protestant armies. The common people were slaughtered with abandon, as their towns were razed. Huge taxes were levied on the German Protestants, and the priests of Rome installed across central Europe. When all seemed to be lost, the Protestant princes turned to Gustavus Adolphus, who led the Swedish army to confront the victorious Austrians. 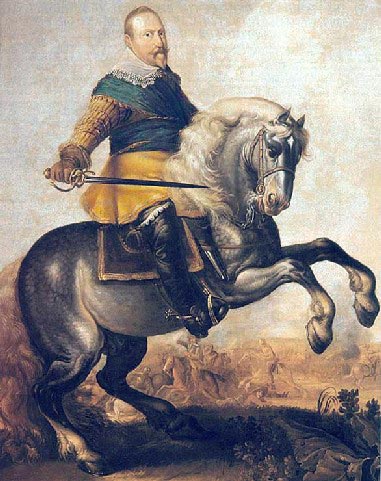 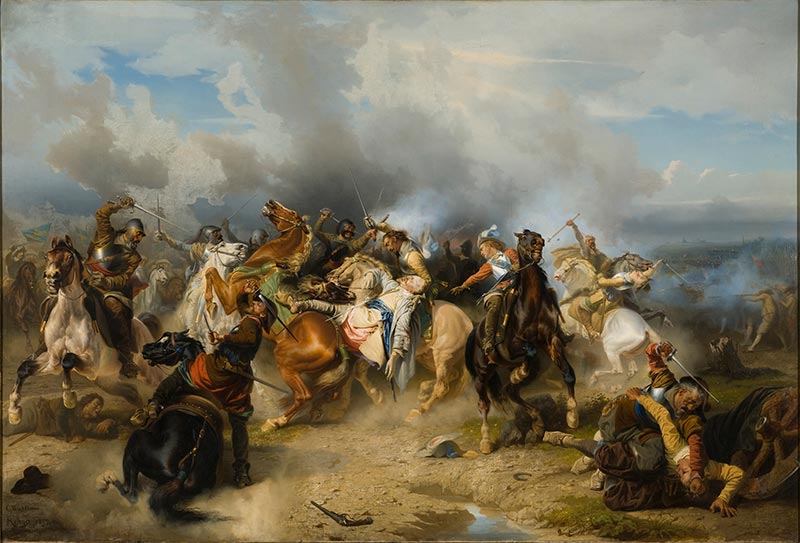 The death of Gustavus Adolphus in the Battle of Lützen

The astounding victories of Adolphus established him as one of the great military captains of history. His innovative tactics, bold maneuvers, and wise counsels led the Protestant forces to successful battles across the German principalities. Young men from Scotland, England and the Netherlands travelled to Sweden to learn the arts of war, which they brought back to their homelands. In November of 1632, the Swedish King faced Wallenstein, for the last time, at Lützen in Saxony. Adolphus led his men into battle after a stirring speech and prayers to God for victory. The king received a wound early in the battle but stayed in the fight till he was struck several more times, dying before his own troops. Rather than suffering demoralization, the Swedish-German army fought with renewed fury for their fallen king, driving the enemy forces from the field and out of Saxony. A biographer of Gustavus Adolphus summarized the life of the Swedish King with these words: “Few men have left to posterity a memory more admirable than that of Gustavus Adolphus. Even his enemies render him justice. The Pope allegedly said ‘he is the greatest king in the world.’ We have seen his profound faith, his inflexible justice, his unchangeable goodness, his courage — sometimes a little rash — and his touching tenderness for his family: all the virtues of the man and the hero, united to a military genius which has been rarely equaled and never surpassed.” 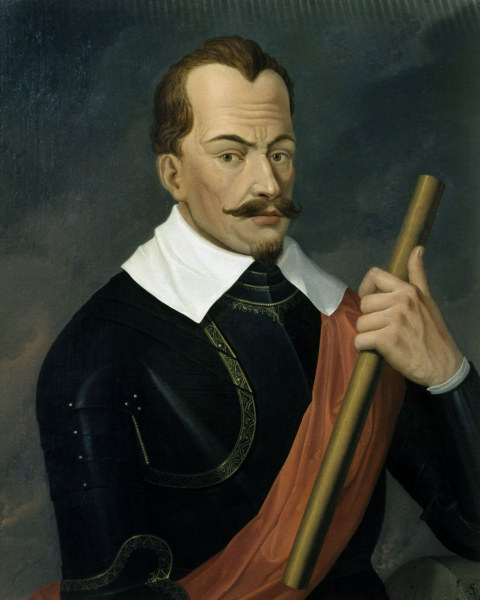 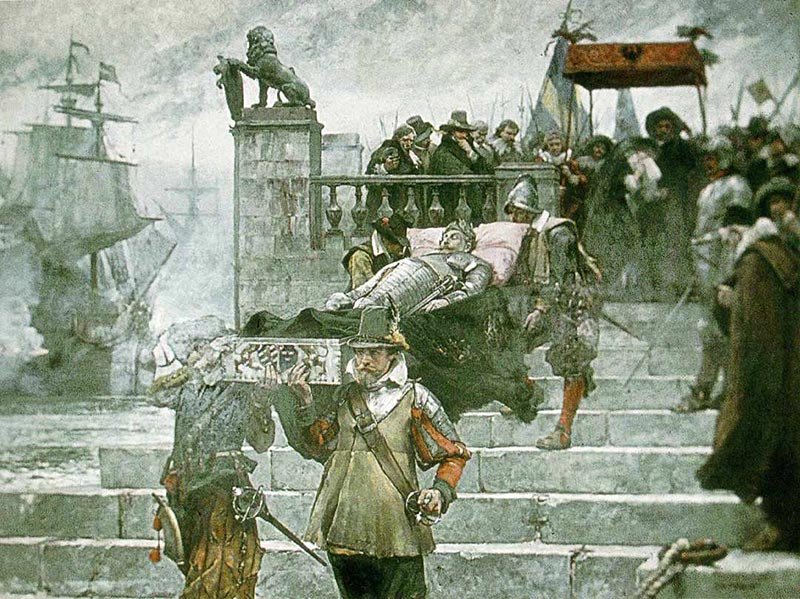 Gustavus Adolphus’ body in Wolgast, on transfer to Sweden, 1633