The Birth of Andrew Carnegie, 1835

“When Jesus heard this, he said to him, “You still lack one thing. Sell everything you have and give to the poor, and you will have treasure in heaven. Then come, follow me.” —Luke 18:22

he 19th Century Industrial Revolution changed the life and culture of the United Kingdom and the western world. Machines brought increased production of manufactured goods, demand for entrepreneurs, engineers, inventors, and financiers. The economic sea change that accompanied the “revolution” often resulted in unemployment among the farming and artisan ranks. People left the land for the cities and many emigrated, seeking economic improvement abroad, especially in the United States. Scotland, always known for its medical training and military expertise, joined in the manufacturing boom, especially in Glasgow, though the entire economy was affected. Andrew Carnegie was born into the maelstrom of change on November 25, 1835 in Dunfermline, 12 miles north of Edinburgh in Fifeshire. In the providence of God, he would begin life in poverty, come to America, and through his hard work and native genius, become a living symbol of the Industrial Revolution. He died in Lennox, Massachusetts in 1919 worth 372 billion dollars, the wealthiest man on earth. 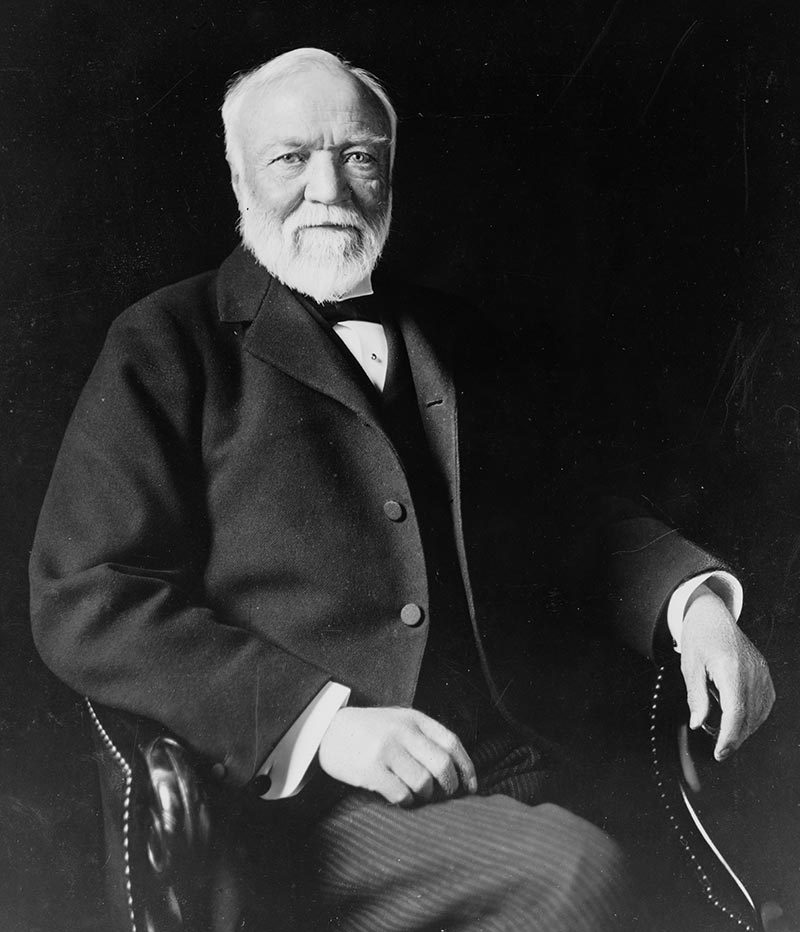 The Carnegie mother and father, broke and unemployed since their hand-weaving business was replaced by machines powered by steam, sailed for America in 1847 to try to recoup the family fortunes. Twelve-year-old Andrew was imbued with the romantic stories of Sir Walter Scott and the poetry of Robert Burns, and with a determination to succeed which had been born of his family’s failure to keep up with the new realities of business. He began his climb to the top in a country known for opportunity and freedom to pursue one’s dreams and ideas. Andrew started work as a “bobbin boy” in a cotton mill in Pittsburgh at $1.20 per week — twelve hour days for six days a week. Two years later, he took a job as a messenger boy in the Pittsburgh office of the Ohio Telegraph Company, earning $2.50 per week. 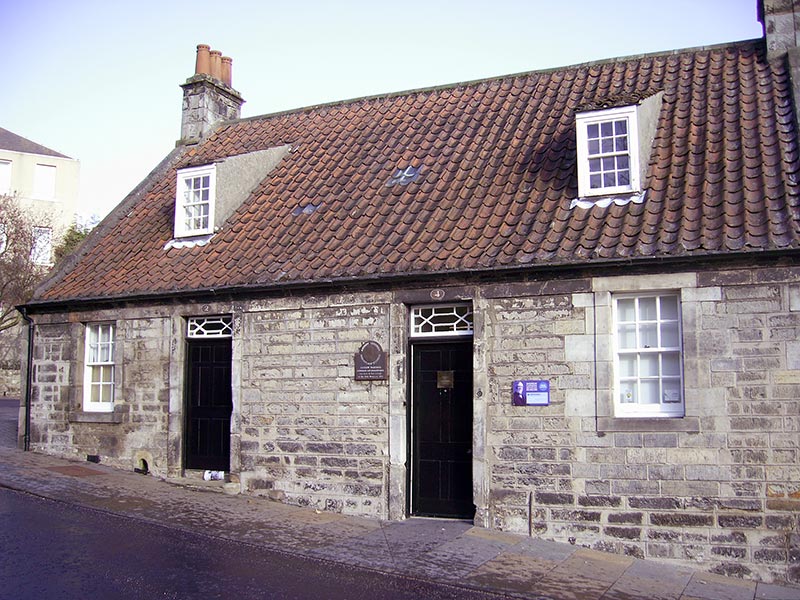 The birthplace of Andrew Carnegie in Dunfermline, Scotland 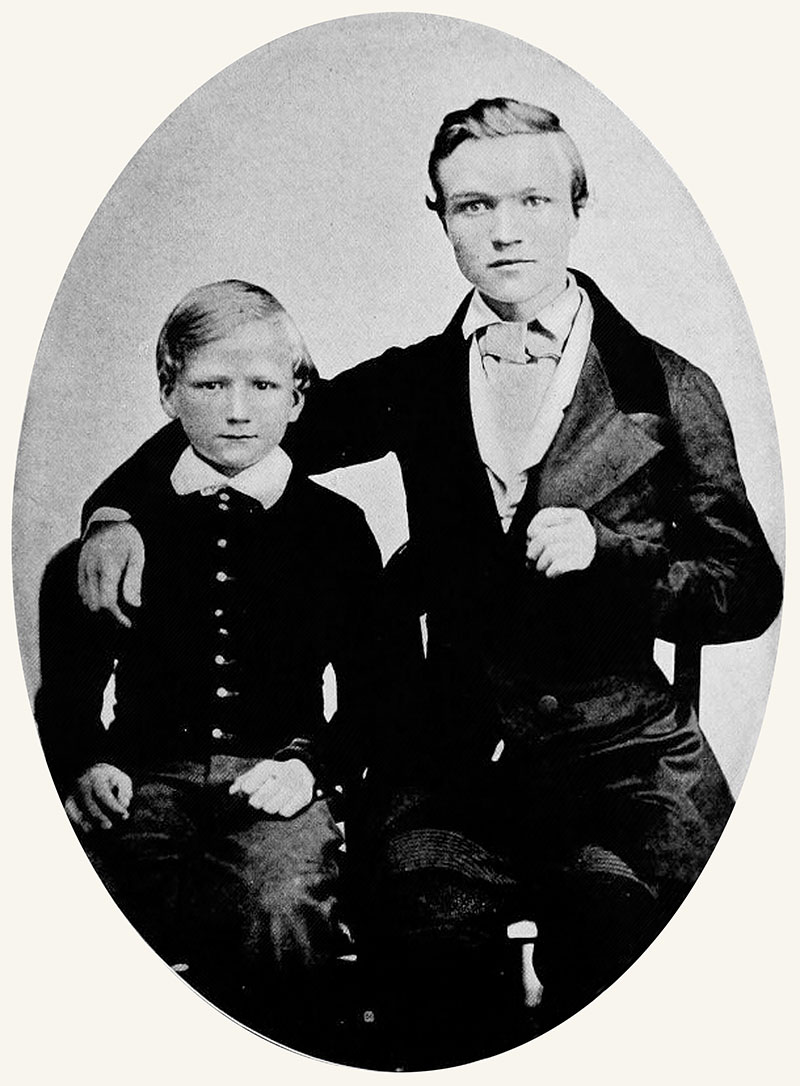 Carnegie at age 16, with his brother Thomas

Andrew listened carefully to the telegraphers plying their skills, and he memorized the sounds of the keys and letters so he could translate the code without writing it down; he was promoted to operator. He came to the attention of Thomas Scott of the Pennsylvania Railroad who hired the eighteen-year-old Carnegie a year later as telegraph operator/secretary. At the age of twenty-four, the young Scotsman was promoted to superintendent of the Western Division of the Pennsylvania Railroad. Through those formative years, Carnegie read books and manuals voraciously and developed a sense of history, business, engineering and other disciplines which would stand him in good stead in future business success. He also learned to invest his money in enterprises that seemed destined for expansion and profitability.

The Civil War opened the floodgates of opportunity for big business in the North and Carnegie was the right man in the right spot. His boss became Assistant Secretary of War in charge of military transportation; his brilliant telegrapher, railroad expert, and businessman from Scotland contributed four years of directing railroad networks for the government. In 1864, he invested in the Keystone Bridge company and oil interests in Venango County, Pennsylvania which yielded a million dollars in profits. 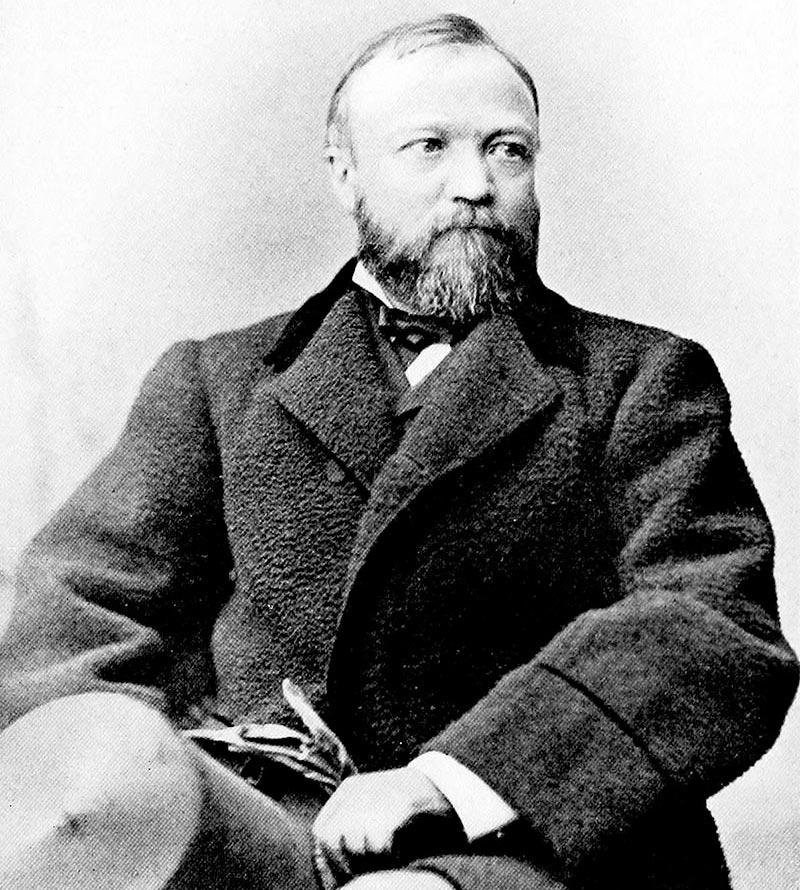 Keystone Bridge Company, founded in 1865 by Andrew Carnegie, is perhaps best remembered for the Eads Bridge in St. Louis, completed in 1874. Still standing today, it is the oldest surviving bridge spanning the Mississippi River. 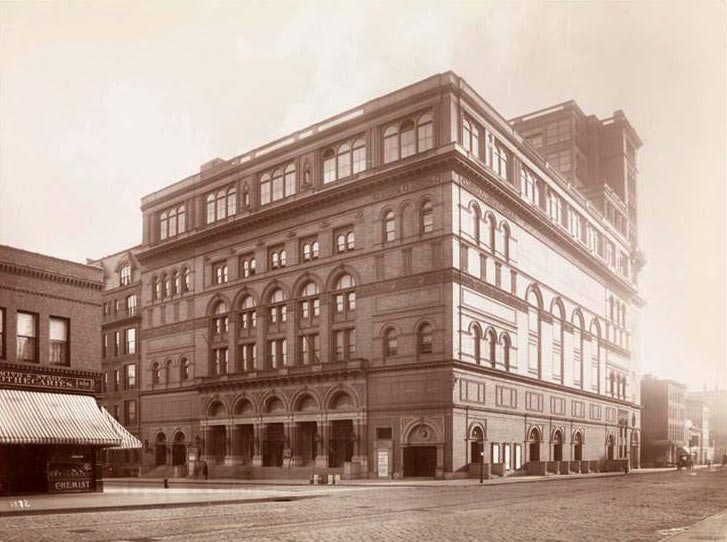 Carnegie Hall in New York City in 1895, four years after its construction

From bridges to all things iron and steel, Carnegie built and bought companies, eventually controlling the iron and steel industry of the United States. He arranged vertical trusts in which the Carnegie companies owned or controlled the entire process from the mining of the raw materials, to transportation, production and sales. For forty years, Andrew Carnegie befriended literary men, politicians, and fellow industrialists. He took controversial political stands against imperialism, and wrote articles promoting democracy, literacy and business. As a philanthropist, he gave away millions of dollars to various causes and built libraries — eventually 3,000 — in Britain and all across America. He also subsidized colleges and universities. By the time of his death, he had given away the equivalent of more than 69 billion dollars.

Carnegie was a vociferous proponent of evolutionary theories and progressive politics. He stated that “not only did I get rid of the theology and the supernatural, but I found the truth of evolution.” Late in life he embraced the “social gospel” and advocated the “world peace” movement. The various Carnegie Foundations that he left behind still dole out millions to left-wing causes from his seemingly inexhaustible supply of money. He had come a long way from his Scottish Presbyterian heritage and the economic struggles of parents who came to America for recovery and prosperity. Andrew was good at selling what he had and giving to the poor, but seems to have missed the “follow me” that Christ commanded. 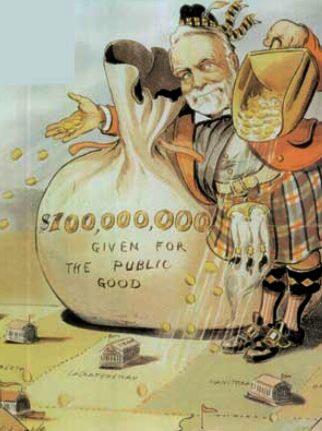