“Then David said to the Philistine, ‘You come to me with a sword, a spear, and a javelin, but I come to you in the name of the Lord of hosts, the God of the armies of Israel, whom you have taunted.’” —1 Samuel 17:45

n the late 19th Century, certain eastern European Jewish leaders created a movement known as Zionism, advocating the return of Jews to Palestine for the eventual creation of a Jewish state, hopefully in the same boundaries as Old Testament Israel. As a result of the First World War, Britain took Palestine from the Ottoman Turks and established a protectorate under British jurisdiction. Foreign Secretary Arthur Balfour endorsed the creation of a “national home” for Jews in Israel. As Jews of the world diaspora began filtering into Palestine, the native inhabitants — both Muslim and Christian — began to push back against losing their land to Jewish immigrants. The British obstructed Jewish refugees from the Holocaust from entering Palestine after the Second World War in order to curry favor with the Arabs. Jewish resistance groups blew up bridges and the King David Hotel and ambushed British soldiers, putting constant pressure on Britain to create a Jewish state. In 1948 they succeeded. Conflicts between Israel and the Palestinians and Arab neighbors along her borders — Egypt, Syria, Lebanon and Jordan — continued off and on through the years as the new state of Israel expanded its territory. In 1967 a major war that lasted six days reshaped the Israeli nation and the entire region, the results of which are still being fought over today. 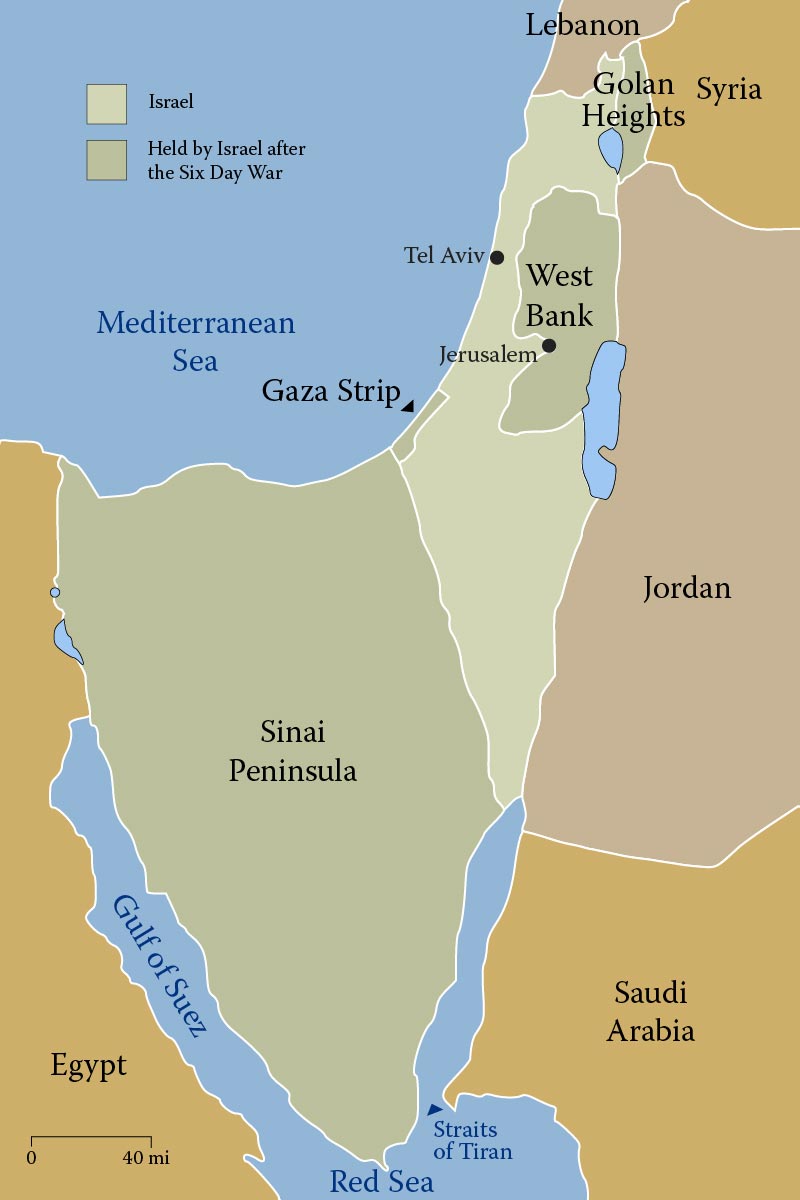 Gamal Abdel Nasser served as the President of Egypt. He had faced down England and France over control of the Suez Canal, creating his own great standing and power among the Arab states. When he had closed the Straits of Tiran in 1956, Israel invaded the Sinai, the Egyptian-controlled desert and buffer zone between Israel and Egypt. The Straits were reopened to Israeli merchant traffic. In May 1967, Nasser again threatened to close the Straits and massed troops along the Israeli border under the false impression that Israel was massing on the Syrian border. As war seemed inevitable, Israel decided on a preemptive strike against the major enemy in the Sinai. 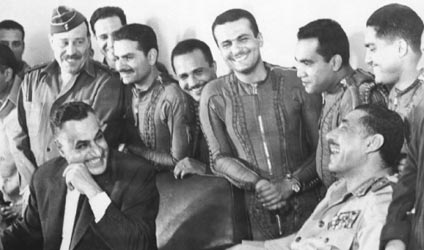 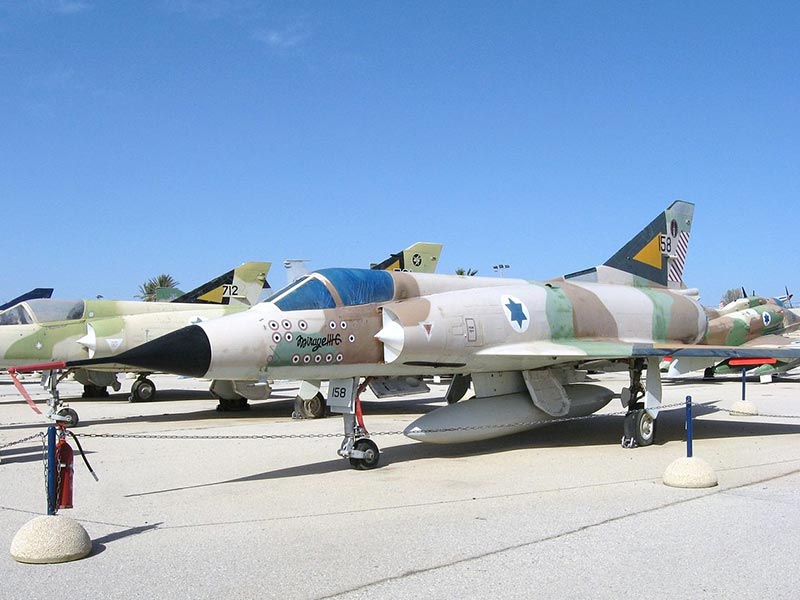 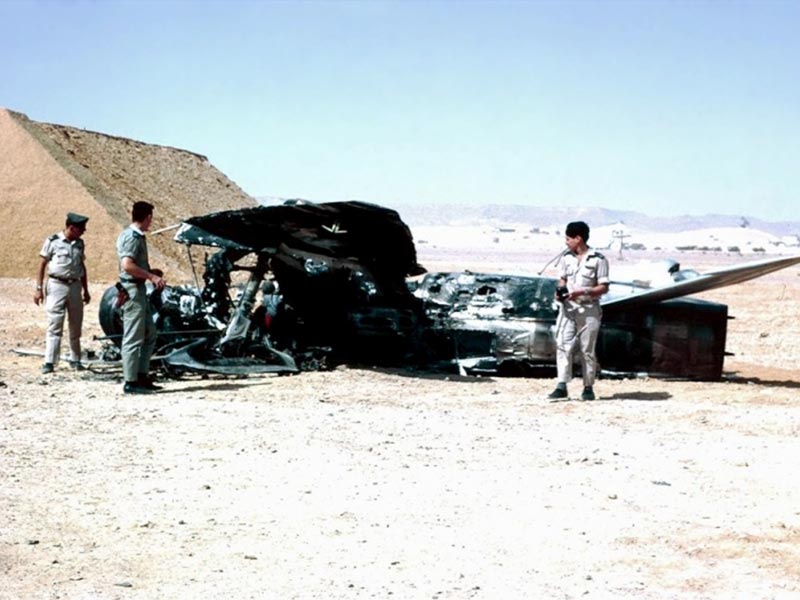 Flying French-built Mirage jets, the Israeli Air Force flew low over the Mediterranean to avoid radar, swooping down on their Egyptian counterparts, bombing and strafing the air bases, severely damaging their opponent’s ability to strike back from the air and guaranteeing Israeli air supremacy throughout the war. Syria attacked Israel from the north and Jordan from the east but Israeli armored and infantry regiments quickly seized the Golan Heights and the east bank of the Jordan River. Well organized, well led, and with the highly motivational knowledge that their opponents would be happy to wipe them off the map of the world, the Israelis conducted ferocious offensive operations. 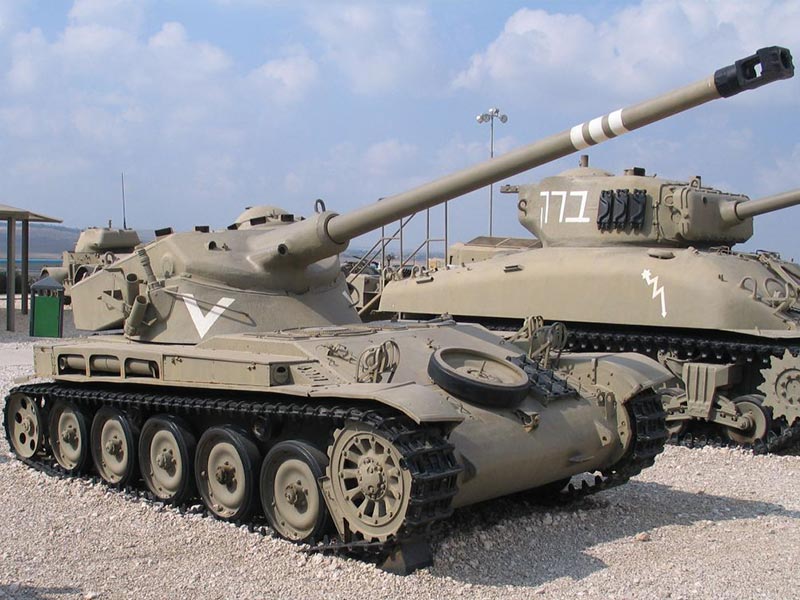 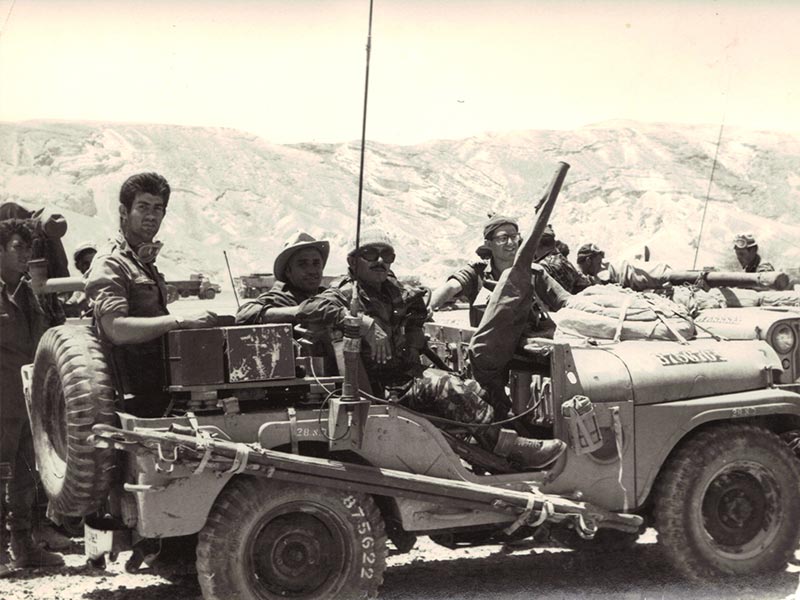 On the ground in the Sinai, Israel’s 70,000 men and 700 tanks crashed head-on into the Egyptian battle lines, taking heavy casualties and causing heavier ones to the enemy. Over a week of fighting secured the entire Sinai Peninsula for the Israelis. The battles with the Jordanians were much closer to home with fighting in Jerusalem and its immediate environs. Old Jerusalem and the east bank of the Jordan fell to Jewish forces as did the Golan Heights defended by Syria. When the war came to an abrupt end, the Israelis had killed or wounded more than 16,000 enemies at the loss of about 900 killed and 5,000 wounded. A million Muslims suddenly found themselves within Israeli jurisdiction. The official name of the conflict became “The Six Day War,” one of the greatest triumphs in a short time, in history. 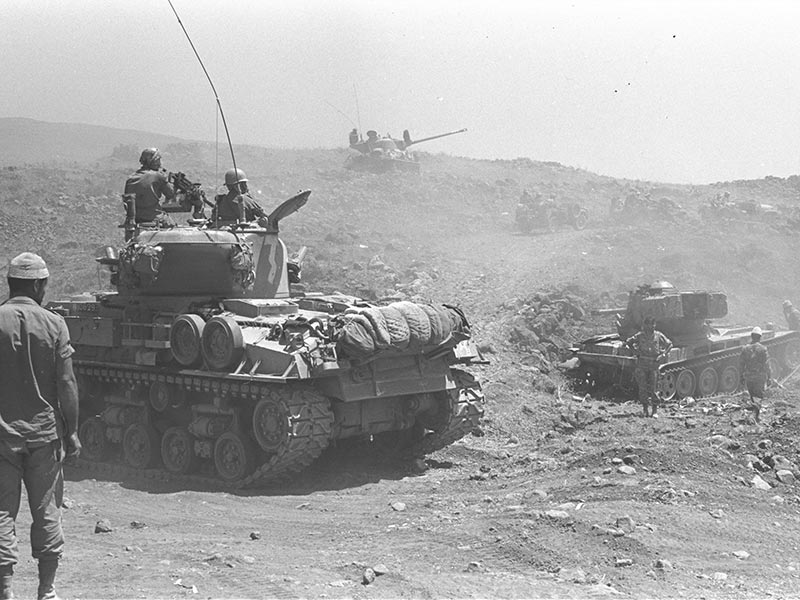 A national euphoria enveloped Israel, and jokes about the brevity of the war and heroism of Israelis made the rounds. “It was our finest hour — or did it take that long?” A soldier says to his friend, “Let’s take over Cairo.” His friend replies, “What shall we do in the afternoon?” Overconfidence reigned until the surprise attacks that threatened to destroy Israel in the Yom Kippur War in 1973. The jokes ended, but that’s another story.