Burning of the Library of Congress, 1814

“My son, be warned: the writing of many books is endless, and excessive devotion to books is wearying to the body. The conclusion, when all has been heard is: fear God and keep His commandments, because this applies to every person.” —Ecclesiastes 12:12-13

he Library of Congress is the largest book repository in the world, with more than one hundred million books as well as another sixty million other items, in four hundred fifty languages. These holdings take up about 838 miles of shelves. Some 22,000 new items are added every day. The history of the library is unquiet — Congress almost rejected the idea altogether in the beginning and once it became established, certain legislators borrowed books and never returned them, perhaps practicing for when the income tax became constitutional. Occasional storage disasters ensued, as well as several major fires which consumed many thousands of books and manuscripts. The first great conflagration was set on purpose August 24, 1814 by troops of the United Kingdom. 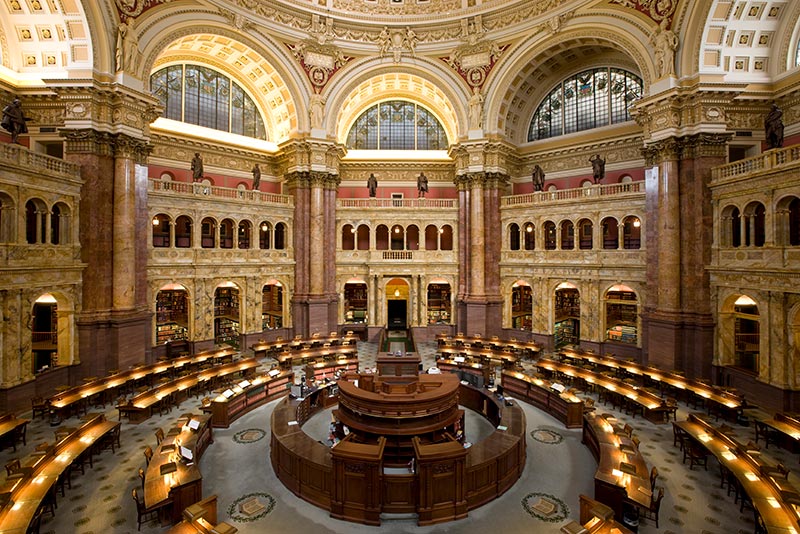 Main reading room at the Library of Congress 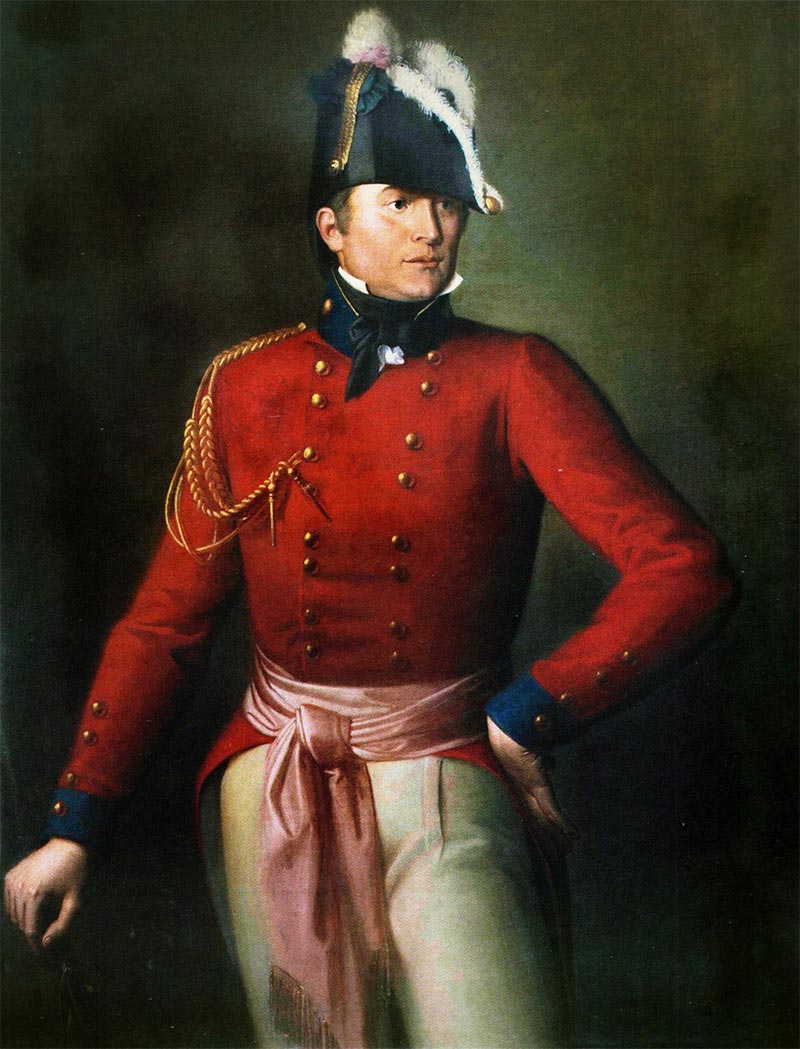 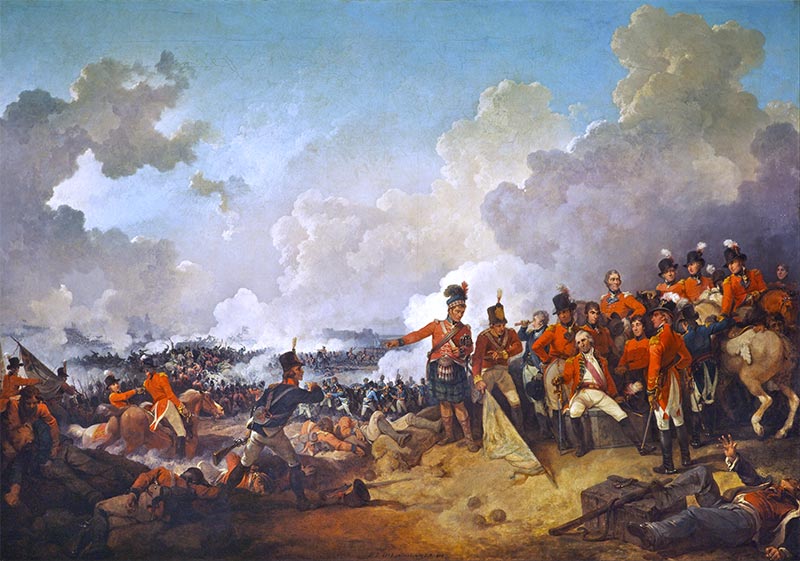 British Major General Robert Ross, a Scots-Irish veteran of the Napoleonic Wars, had been promoted to his new rank and given command of all the British troops in the eastern United States during the War of 1812. An aggressive, combat-experienced soldier, Ross determined to seize the U.S. Capitol, and was ordered to punish the Americans for their burning of York in Canada (now Toronto). General Ross landed his troops on August 16, many of them fresh from the defeat of Napoleon Bonaparte.

The American forces were commanded by General William H. Winder, who was promised about 22,000 militia and regulars by Congress, but in the end could only muster about 7,000, many of them positioned to defend Baltimore, most of them militia. Their defeat by about 4,000 British regulars at Bladensburg, Maryland on August 24 was “the greatest disgrace ever dealt to American arms” in the war. The inexperienced American troops caused more casualties among the enemy than what they received, but in the end, ran like sheep and scattered like doves. Their defeat uncovered Washington, D.C. 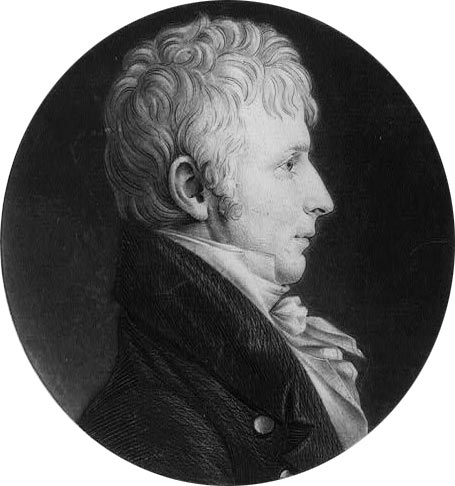 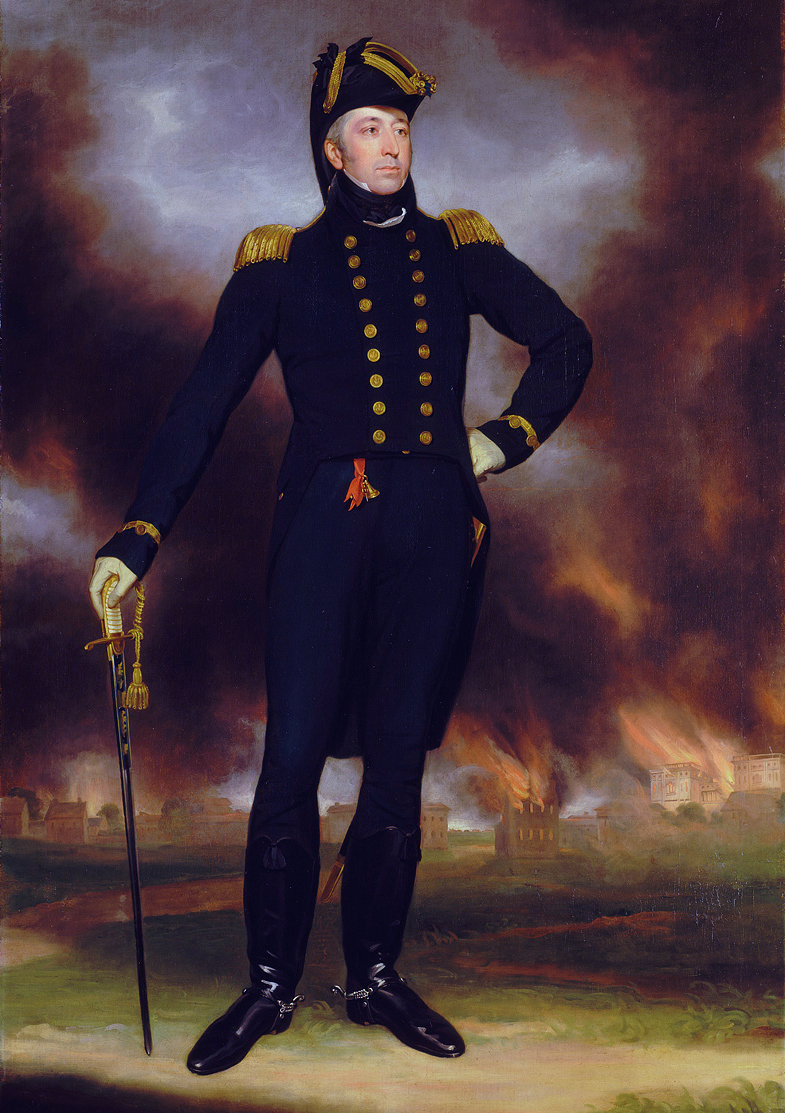 President James Madison remained with the troops at the beginning, but was forced to abandon the city, taking whatever archives could be packed out in time. His wife Dolley saved the famous portrait of George Washington that hung in the President’s home, as well as the autograph copy of the Declaration of Independence. General Ross was reluctant to fire the Capitol but Admiral Cockburn had no such qualms. The British troops put to the torch the unfinished Capitol building, where the Library of Congress was housed. They also burned down the Presidential Mansion, the Treasury building, the Arsenal and the Army Barracks, and all other public buildings but the Patent Office. 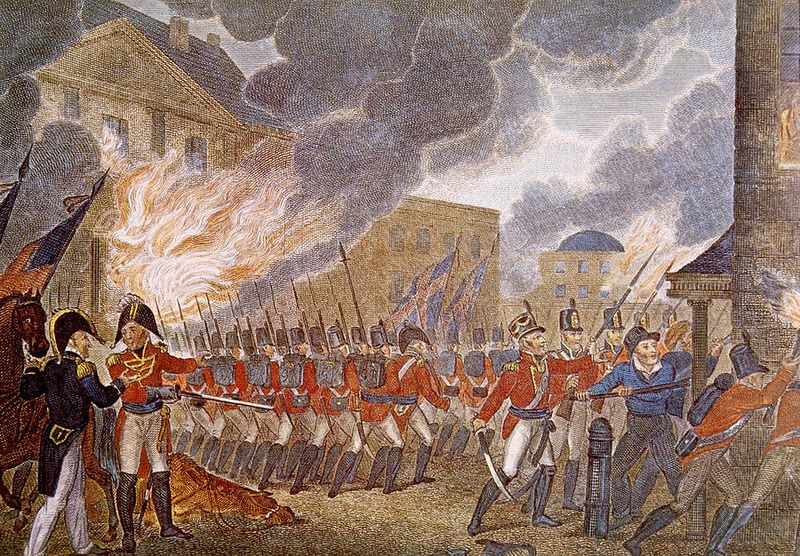 The burning of Washington, D.C. 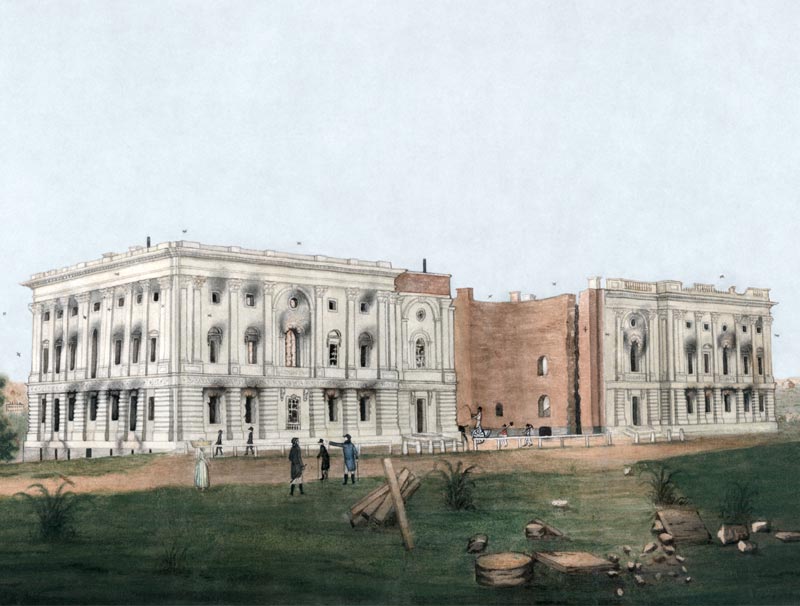 Ruins of the U.S. Capitol 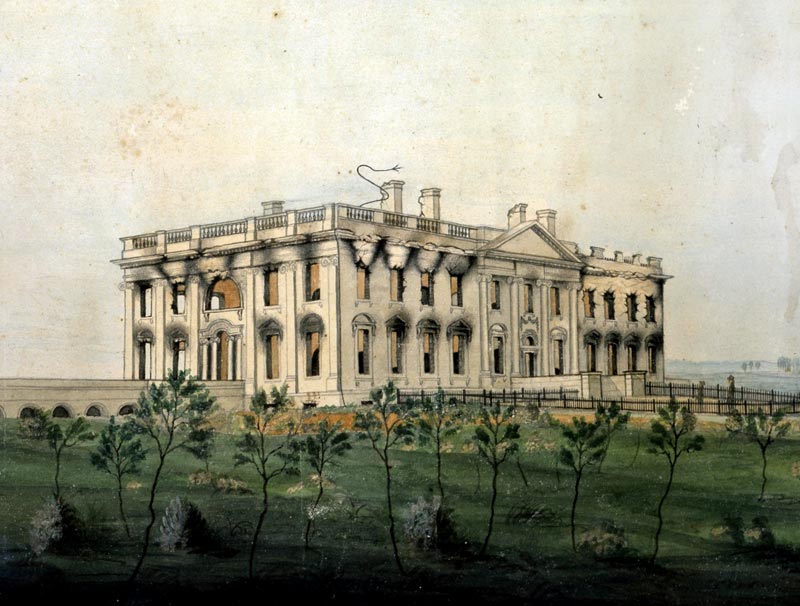 Ruins of the Presidential Mansion 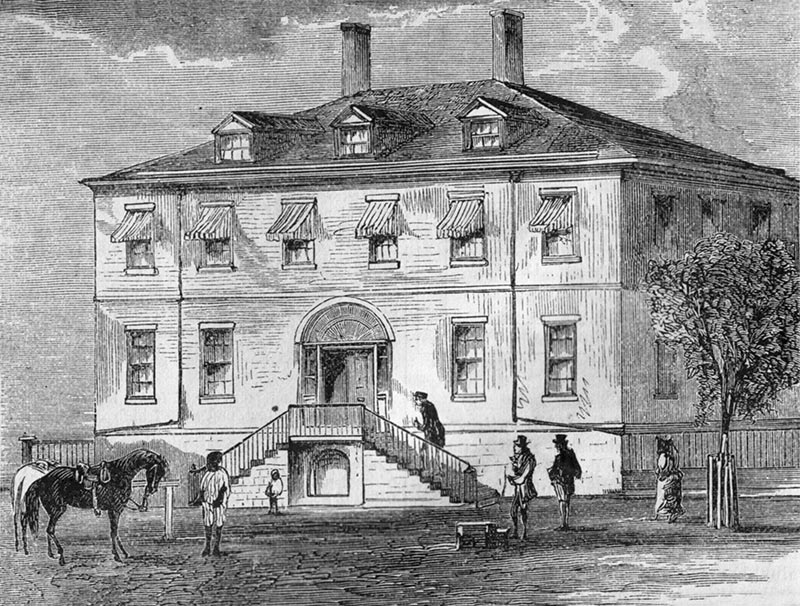 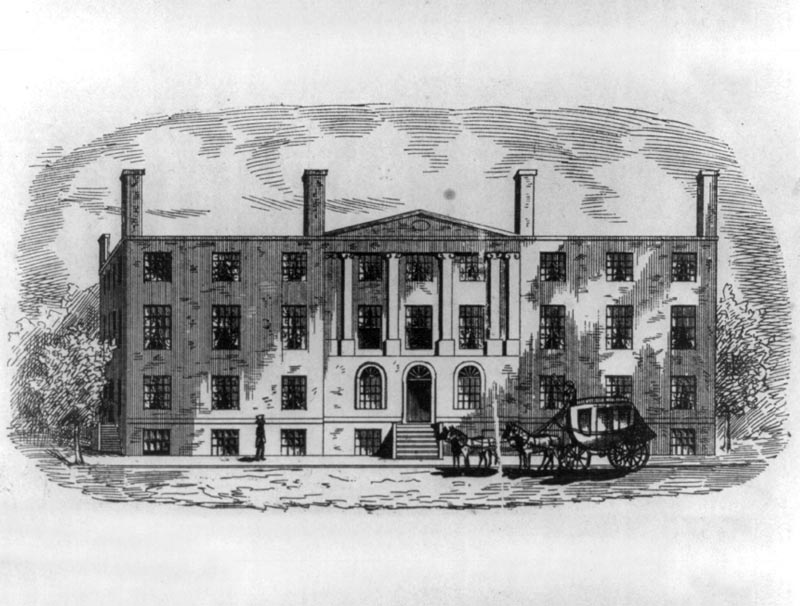 After the War ended, Thomas Jefferson offered his personal library for sale to Congress, more than 6,400 volumes. It was one of the most eclectic and useful collections of books in North America. Congress passed a resolution to purchase the collection, thus reinstating what would eventually become the greatest repository of books in the world. Ironically, most of the Yale and Harvard graduates in Congress voted against it, perhaps due to their hatred of Jefferson, or their hope that their Alma Mater libraries would remain the largest in America. 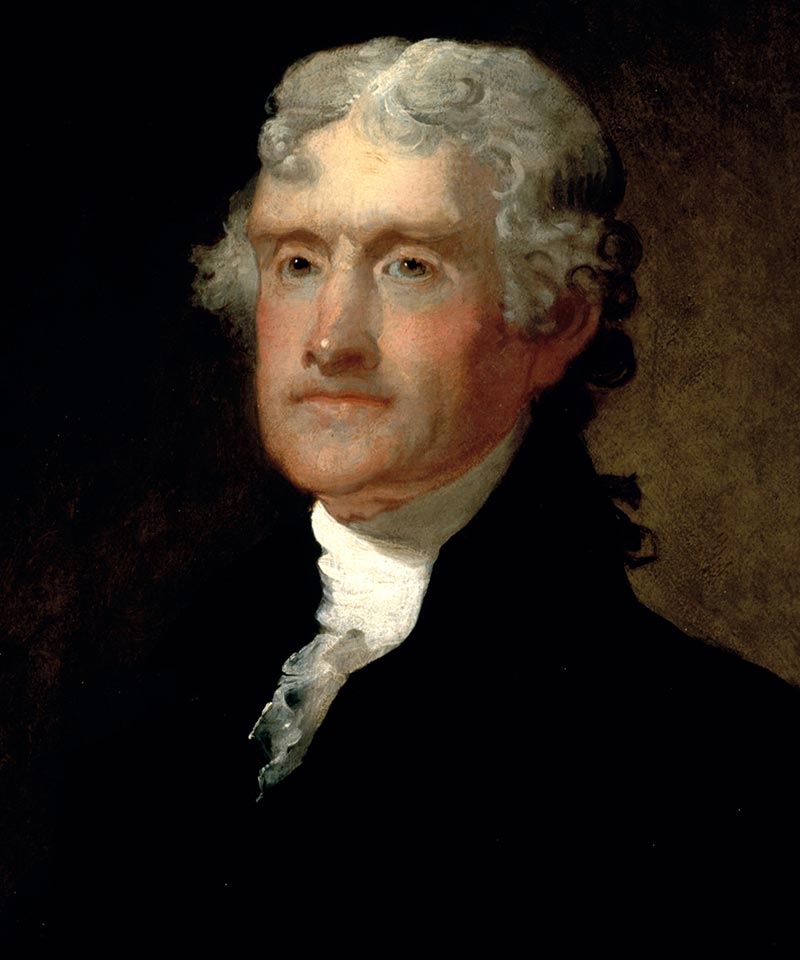 On Christmas Eve, 1851, a faulty chimney flue started another fire in the Library, consuming about 35,000 volumes, including two-thirds of Jefferson’s original collection. Congress immediately paid for the replacement of Jefferson’s volumes. The current library collection is housed in five different buildings and now includes newspapers, Hollywood films, documents, and other artifacts. The magnificent Jefferson Building in the Beaux Arts style, built in the early 1890s, is a stunning display of the literary genius and symbolic opulence of American architecture that almost overwhelms visitors today.

The special exhibits feature Jefferson’s collection, ancient maps, and, currently, World War I memorabilia, among other artifacts of history and Americana. 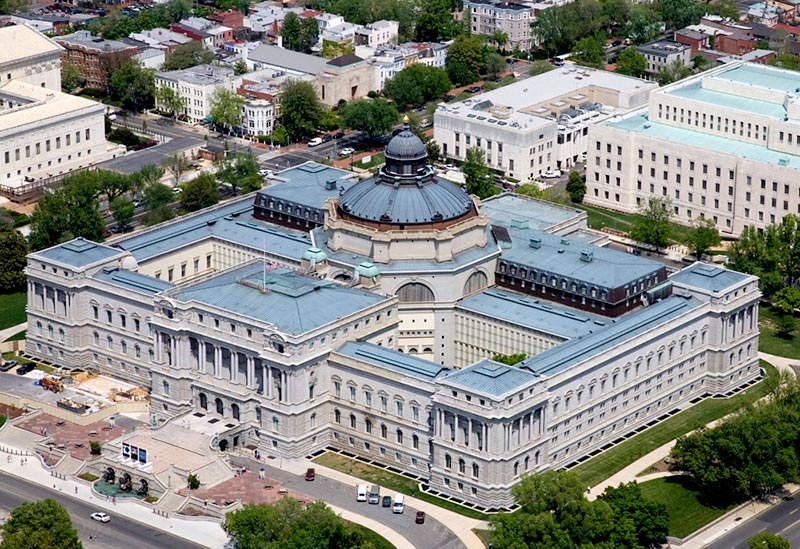 On display in the foyer is one of the three perfect copies in the world of the Gutenberg Bible. God chose to reveal himself in words, encoded in books. Though billions of books have perished since the first scrolls came into existence after the universal flood, the Word of God has never, and will never, pass away. It is no wonder that the Bible collection at the Library of Congress and the Bible Museum in Washington, D.C. are among the most popular stops on Americans’ pilgrimages to the Capitol of our nation. 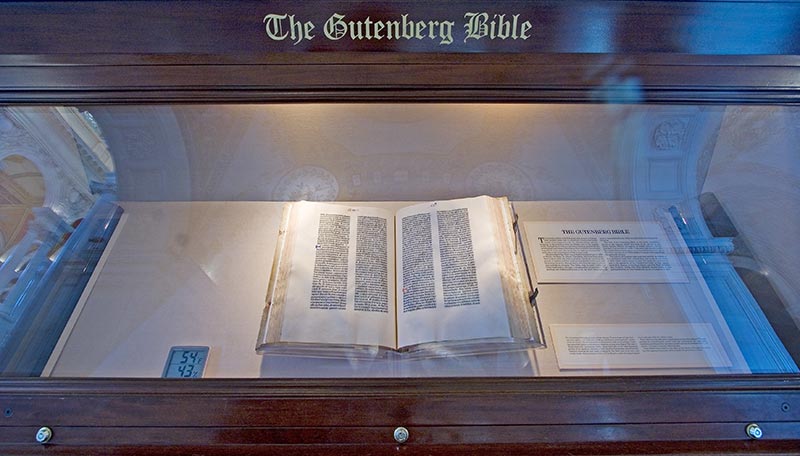 Gutenberg Bible at the Library of Congress

Join Us in Washington, DC!

Join Landmark Events in October and see the Library of Congress for yourself! Plus, visit Mount Vernon, the Museum of the Bible, Arlington Cemetery, the Lincoln Memorial and much more… all part of our one-of-a-kind Heart of American History Tour October 1-5!
Register by September 1 and Save 10%!