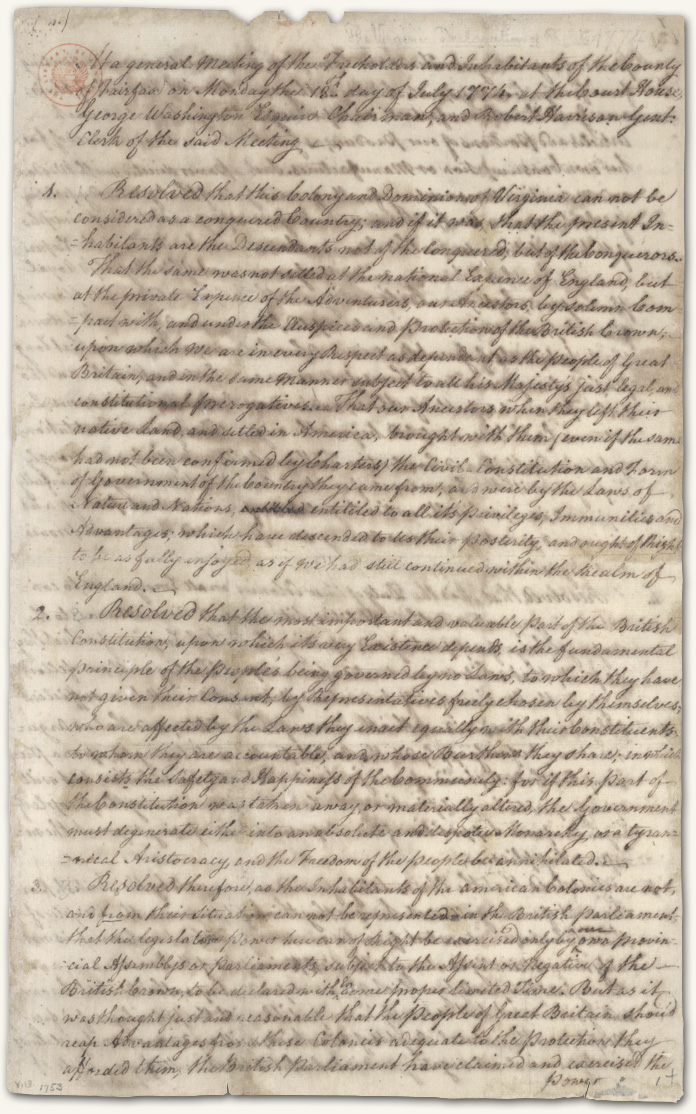 First page of the Fairfax Resolves

At a general Meeting of the Freeholders and Inhabitants of the County of Fairfax on Monday the 18th day of July 1774, at the Court House, George Washington Esquire Chairman, and Robert Harrison Gent. Clerk of the said Meeting —