The Sinking of the RMS Lusitania, 1915

“There are six things that the LORD hates, seven that are an abomination to him: haughty eyes, a lying tongue, and hands that shed innocent blood, a heart that devises wicked plans, feet that make haste to run to evil, a false witness who breathes out lies, and one who sows discord among brothers.” —Proverbs 6:16-19, ESV

he headlines were as lurid as any in the 20th Century, and the tragedy rivaled only by the sinking of RMS Titanic three years earlier: 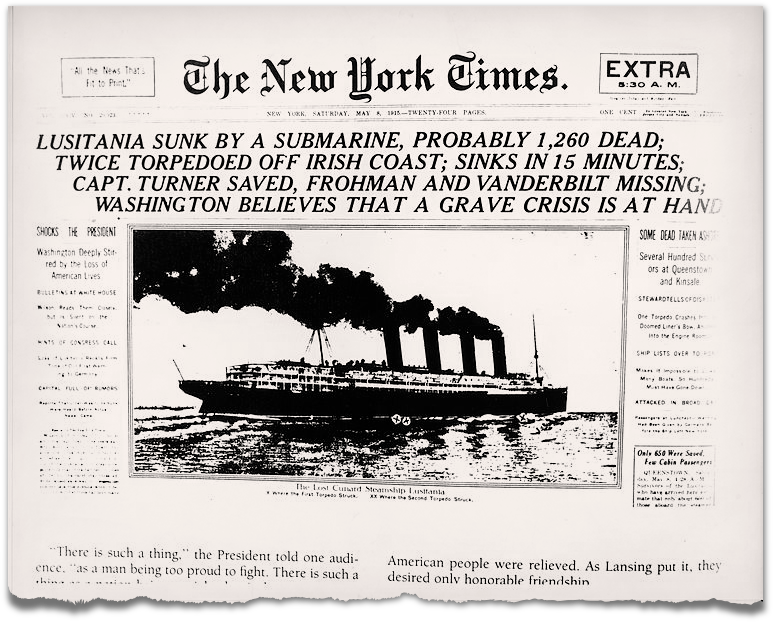 The United States had declined to enter the world war raging in the trenches of Europe and now the dirty Hun had torpedoed an innocent passenger ship, with many Americans aboard. Many in the press and the numerous Anglophiles of the United States began baying for war against Germany.

Until this tragic incident, Americans had remained sharply divided on who were the good guys and who the bad in the madness that was World War I. The millions of Americans of German or English ancestry, (very often a combination of both) believed America should remain neutral and the Wilson administration agreed. The following year, in fact, Wilson would stump for reelection on the slogan “He kept us out of war.” At least until after the election. 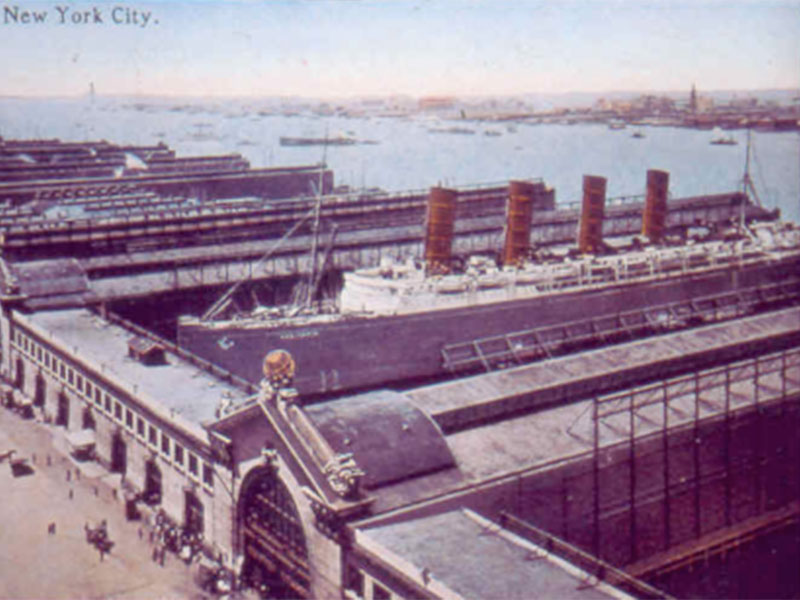 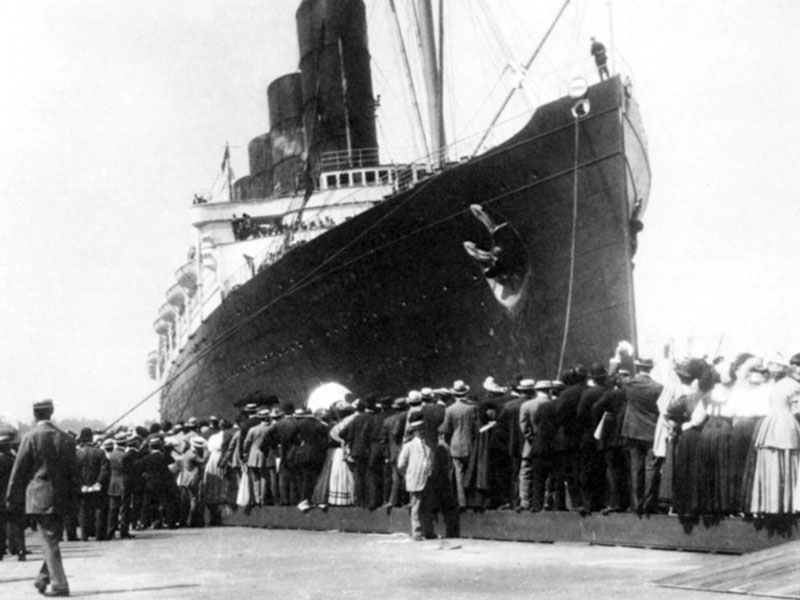 RMS Lusitania Arrives in New York
on Her Maiden Voyage

The war on the high seas had gone badly for the Germans. England still ruled the oceans of the world, upon which her empire was dependent. Germany had geared up for war on the high seas, but her surface raiders had been swept from the oceans and the fleet was bottled up in harbor. They would venture out for a test of strength with Britain in 1916 but the Battle of Jutland that resulted proved inconclusive, and they returned to sulk out the rest of the war. The use of submarines against allied merchants assumed first place importance for the blue water navy.

As a declared neutral, the United States — according to international law and precedent — was not permitted to supply war materials to any of the belligerents. Nonetheless, the Americans were sending a steady supply of armaments to England, and the Germans were made well aware of it from their spies in the U.S. and Britain. Germany issued stern warnings to the Wilson administration and were given assurances that the country would comply with the international rules of neutrality. Frustrated at non-compliance, Germany declared unlimited submarine warfare in the waters around the United Kingdom. Violators would suffer the consequences. 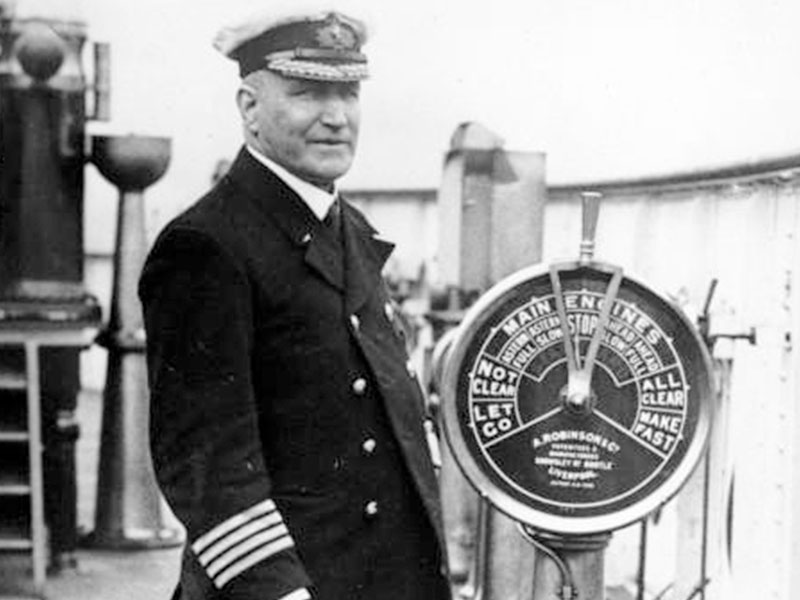 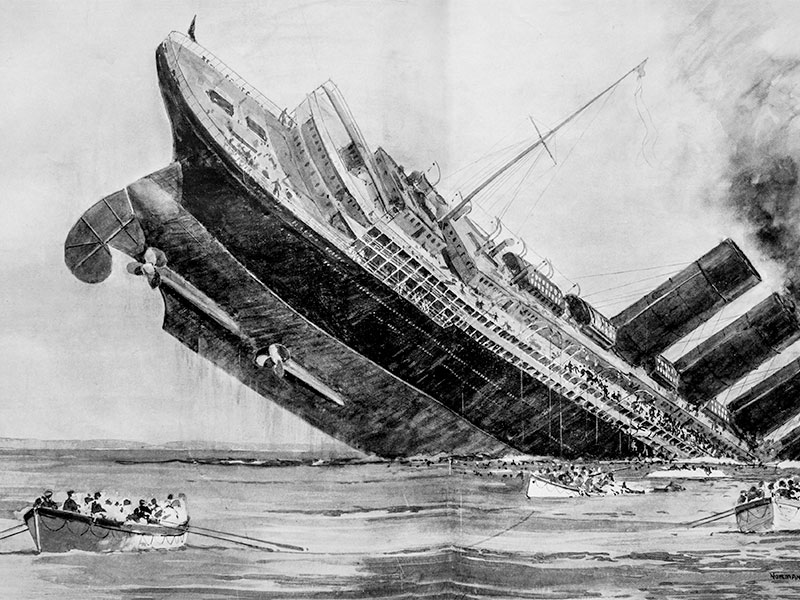 RMS Lusitania of the Cunard Line had been launched in 1906 and competed in the trans-Atlantic passenger trade with the German companies and with the White Star Line of Britain, of which the RMS Titanic was the Queen for the briefest of time. When the war began in 1914, Lusitania had secret compartments constructed to carry munitions as a merchantman but remained in service as a passenger liner. In the first year of the war, the German submarines complied with the old “Cruiser Rules” which included warnings before attack, and neutral ships would be left alone. In 1915, all merchants of the allied nations became fair game in the waters around the U.K. 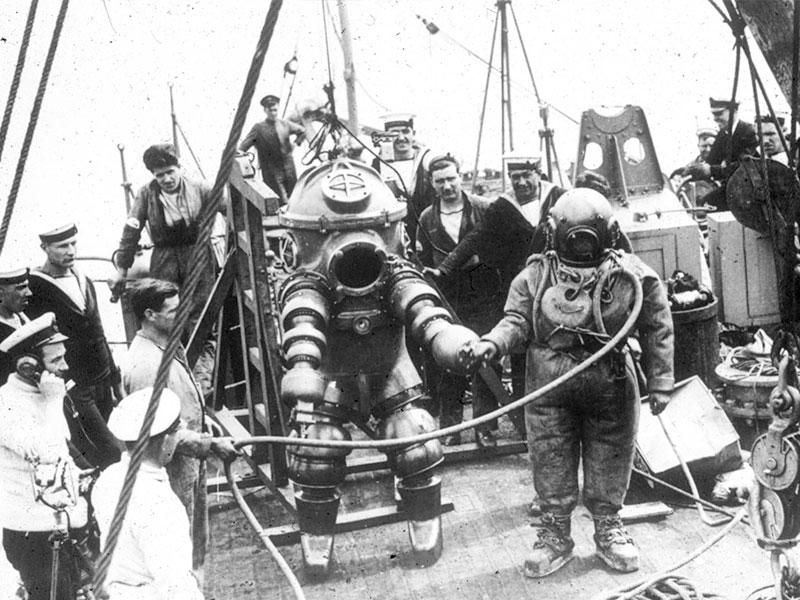 Two Divers Prepare to Explore the Wreckage of the Lusitania, 1935

Lusitania left New York on her 102nd trans-Atlantic voyage on the first of May. Although the United States and Britain denied her having any war materials, the Germans claimed she was loaded with munitions and took out ads in newspapers across the United States warning people not to sail on Lusitania. Eleven miles off the south coast of Ireland, U-20 struck her with one torpedo and then a secondary explosion inside the ship occurred. The ship’s bow struck the ocean floor 18 minutes later. Almost 1,200 people were lost, including 128 Americans. The outrage in America and Britain drowned out all discussion of the cargo, which both nations claimed was passengers only. In 2008, divers found 4 million U.S. manufactured Remington rounds of .303 ammunition still in the hold designated for the killing of German soldiers on the western front. In 1917, Congress declared war on the Central Powers, citing in speeches but not the actual declaration, the unprovoked sinking of the passenger liner Lusitania as one of the reasons.

Journey with Landmark Events to Cobh, Ireland to see the Lusitania Memorial and learn how the people of the town rose to the huge challenge of rescue, comforting the shocked and injured survivors, and identifying, repatriating and burying the dead.

Learn More and Register for the Ireland 2017 Tour