“There the ships move along, and Leviathan, which You have formed to sport in it.“ —Psalm 104:26

s the patron saint of sailors and travelers, superstitious people have appealed to Saint Brendan for help and safety for more than 16 centuries. Known as “Brendan the Bold” or “Brendan the Navigator,” his epic voyages and the mythology that goes with them have inspired songs, stories, and adoration in Ireland, Scotland, and America. How much of Brendan’s life can be substantiated by original documents from his day remains nil; the first references to his life came about two hundred years after he lived and the first references to his voyages, two hundred years after that. Lack of evidence from his own time, however, does not preclude the reality of his existence or some of his basic story. Oral tradition is often based on facts and in a closed community such as a monastery, where there may have been scribes, and which may have suffered barbarian attack and subsequent destruction of material evidence, the written story could be lost but the oral account still passed down. 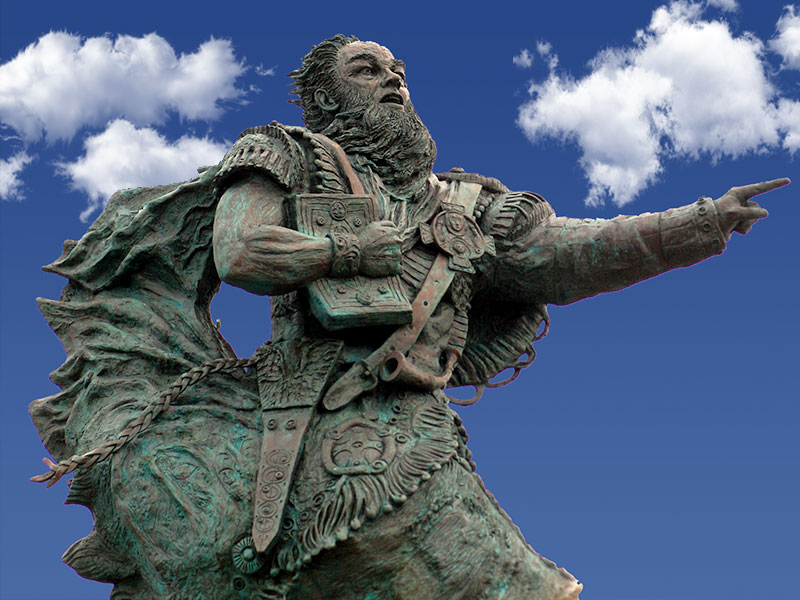 “St. Brendan of the Gael” in Fenit, County Kerry, Ireland

Brendan was born near Tralee in County Kerry, Ireland in the 5th century. “St. Erc” trained him at Clonfert and ordained him as a priest in A.D. 512. As one of the “twelve apostles of Ireland” Brendan founded monasteries at Ardfert and Shanakeel, training other monks to preach the Gospel and live ascetic lives devoted to God’s service. The Celtic Church was known for its evangelical zeal, not just in the Emerald Isle and surrounding islands, but Scotland and Britain as well. According to later tales, copied and retold many times, Brendan’s travelogue exceeded all the other missionaries. Although there is no hard proof, centuries of tradition assert that he embarked on a seven-year voyage with fellow adventurers searching for “Terra Repromissionis” or Paradise Island — a land of lush vegetation. He allegedly set sail aboard a Curragh, a boat of wood frame covered by hides. He and his mariners visited many islands including a fake one that turned out to be a sea monster! Eventually he found the Island of Paradise and made it home to Ireland again. 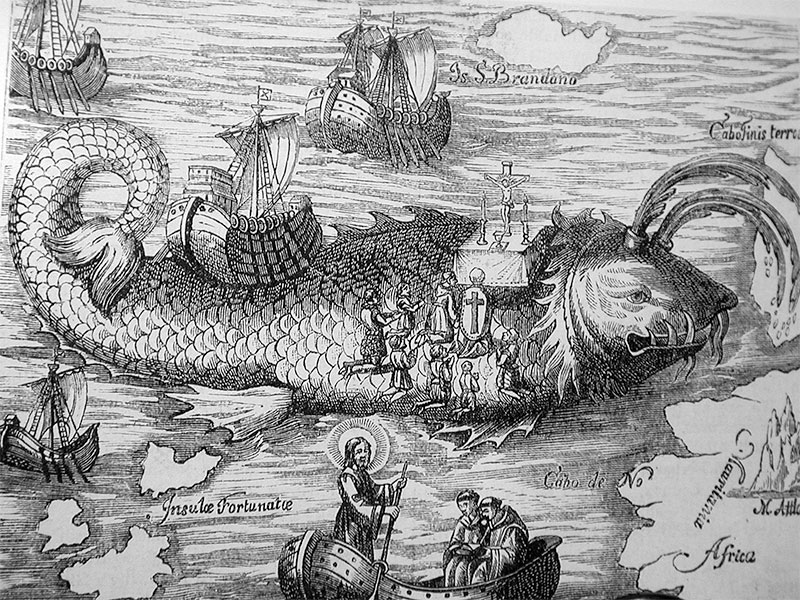 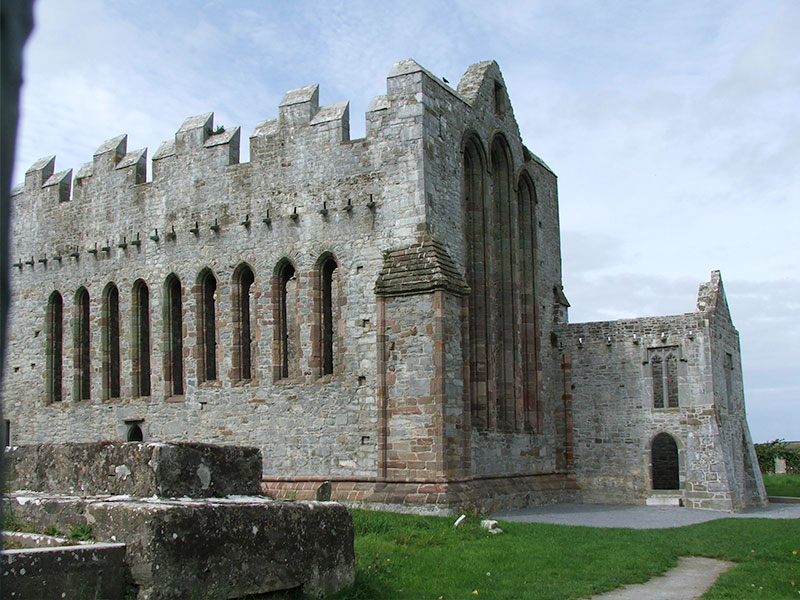 Mythology aside, it is reasonable that Brendan may have landed in the Azores and other small islands in the Atlantic. Celtic runes and biblical passages from the early centuries have been found in various places in North America, indicating the presence of Celtic Christians long before the coming of the Spanish in the 15th century. It is possible that missionaries arrived on the American shores bringing the Gospel to the native tribes, the history of which is entirely lost and now only hinted at in mountain carvings of ancient origin. Legends are often given birth by real-life events.

There are traces of Brendan’s visits to Wales and Iona and it is believed he founded a few more monasteries in Ireland before he died in the mid-sixth century. Whether he braved the oceans and found his fair isle or not does not detract from the impact Brendan probably had in a day of daring missionary expeditions.

You are invited to tour the Emerald Isle with a small group of fellow Christians exploring the vibrant scenery and tumultuous history of this unique land. We will be traversing a wide range of history from the Stone Age to the early 20th century and you’ll be encouraged and amazed as we reveal the remarkable ways God has used these fiery-spirited people to change the world.

Learn More and Register for the Ireland 2017 Tour