“Blessed is the nation whose God is the Lord; and the people he hath chosen for his own inheritance.” —Psalm 33:12

“Now therefore, O kings, show discernment; take warning, O judges of the earth. Worship the LORD with reverence and rejoice with trembling. Do homage to the Son, that He not become angry, and you perish in the way, for his wrath may soon be kindled. How blessed are all who take refuge in Him.” —Psalm 2:10-12

secret cabal of rich white men — mostly slave-drivers — met secretly behind locked doors in Philadelphia to overthrow the new American government, and create a new document designed to protect their own economic interests and give themselves supreme power over the people… or so goes the current view of the Constitutional Convention from both the radical neo-Marxists and the conspiracy-theory revisionists of the right. Their constitutional convention was a coup d’état. One might find it difficult to credit their theories when the document and government they produced, although not perfect, were products of several thousand years of English common law, Christian republicanism, states’ rights and experience — not to mention the enshrinement of liberty, order and justice. 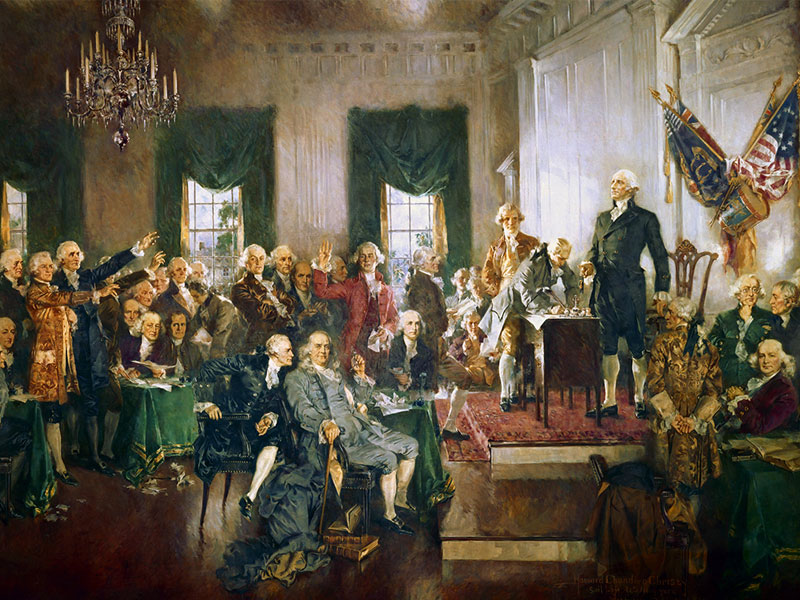 Scene at the Signing of the Constitution of the United States,
by Howard Chandler Christy (1873-1952)

Representatives of seven states met to amend the document that had guided the United States since its coming into force in 1783, The Articles of Confederation; it had exhibited weaknesses they feared were fatal to the survival of the Republic. Before the conclave finished their work, twelve states were represented—some of the most patriotic, brilliant and able men ever assembled in one place in America—and they had created a new instrument to guide the thirteen states, and those which would be added, for generations to come. The result has been the wonder and admiration of the entire world. 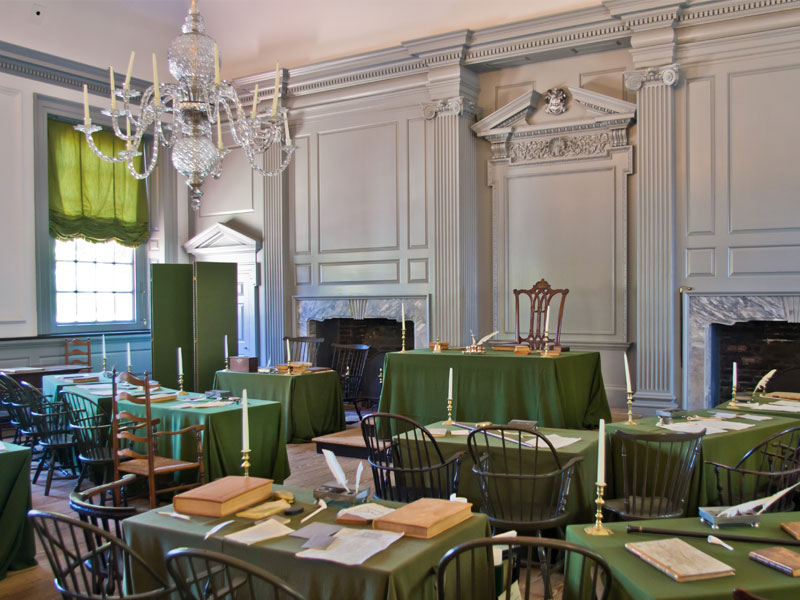 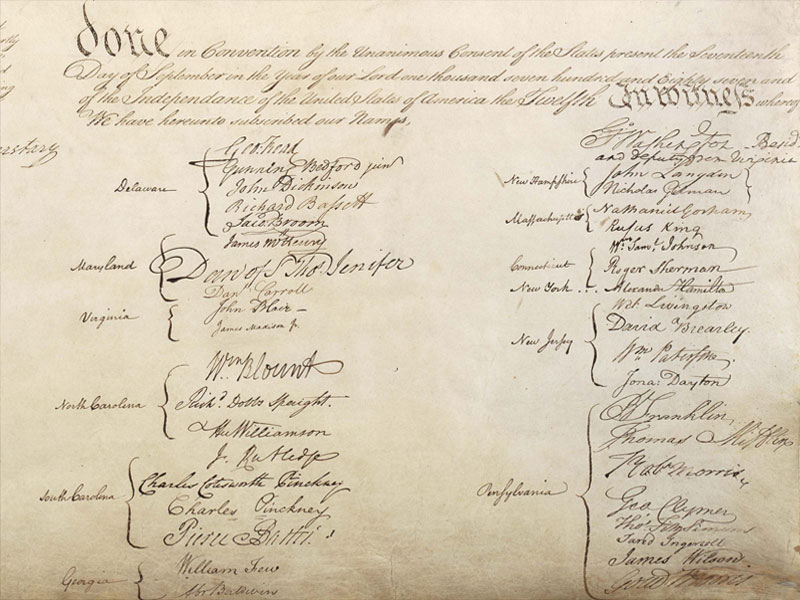 The Constitution resulted from a bundle of compromises that kept the smaller states happy with equal representation, the larger ones with proportional representation based on population, the states in general kept happy by possessing all the rights not mentioned as exclusive to the central government, as well as the power to select the Senate—a federal system. The founders built in checks and balances so one branch of government could not tyrannize over another. 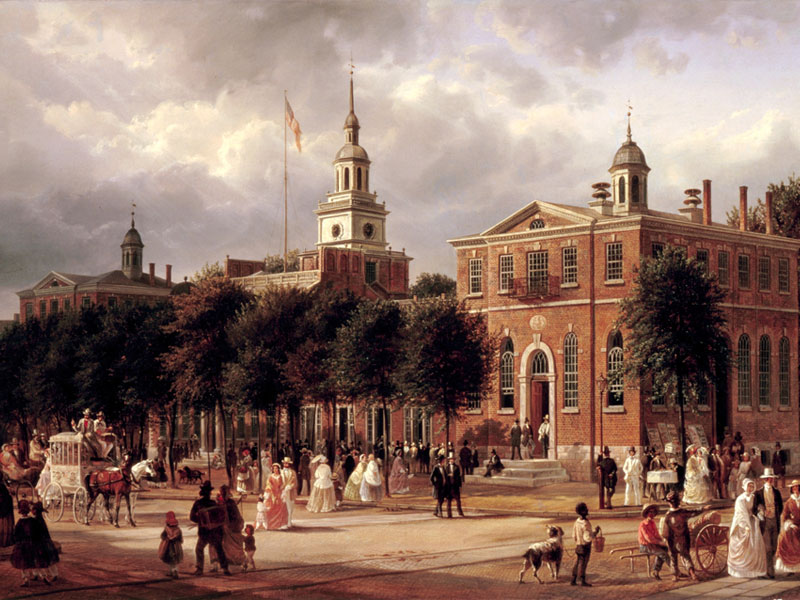 Men such as Patrick Henry of Virginia, who opposed ratification, foresaw the possibility of liberty so dearly won in eight years of war, being taken away by a unitary state. The Bill of Rights was added to guarantee those liberties, prohibiting the new central government from establishing a state church or restricting the people from gun ownership, or preventing fair and swift trials etc. The founders established a government of laws, not of men, so a tyrannical mob, “the majority,” could not force their will on the minority, a glorious Republic and not a democracy.

Through the amending process, through the Court granting itself extraordinary power over the states, and the Congress forfeiting its responsibilities to the President as well as the President acting without consent of the governed, the Constitution of the Fathers has been ignored, battered, and overpowered at various times in American history, but the foresight of the founders, and the original intentions of their wisdom, have enabled the Republic to survive till now. The nation as it was created was designed for “a virtuous people” and the purpose of the Constitution still stands, though at times feebly so—to establish justice, insure domestic tranquility, provide for a common defense, promote the general welfare, and secure the blessings of liberty to posterity. Learn more about the signing of the Constitution and the Declaration of Independence, as well as other key events in America’s struggle for liberty in the Cradle of Liberty Tour (MP3 Album), just $9.99 for over 5 hours of tour audio in the Landmark Events download store!

Watch for our Philadelphia Tour coming in 2018!