“Ah, land of whirring wings that is beyond the rivers of Cush, which sends ambassadors by the sea, in vessels of papyrus on the waters! Go, you swift messengers, to a nation, tall and smooth, to a people feared near and far, a nation mighty and conquering, whose land the rivers divide.” —Isaiah 18:1-2

n his book The Man Who Presumed, Byron Farwell records that former Confederate soldier turned journalist-explorer, Henry Morton Stanley, upon meeting David Livingstone in Ujiji, “along the shimmering blue waters of Lake Tanganyika”, presented his hand and asked, “Dr. Livingstone, I presume?” “Yes . . . I feel thankful that I am here to welcome you,” the famous missionary-explorer responded. And so began a meeting of which few in the English-speaking world would not hear of, and marvel at the amazing story of the Scottish missionary. His story has no modern parallels. 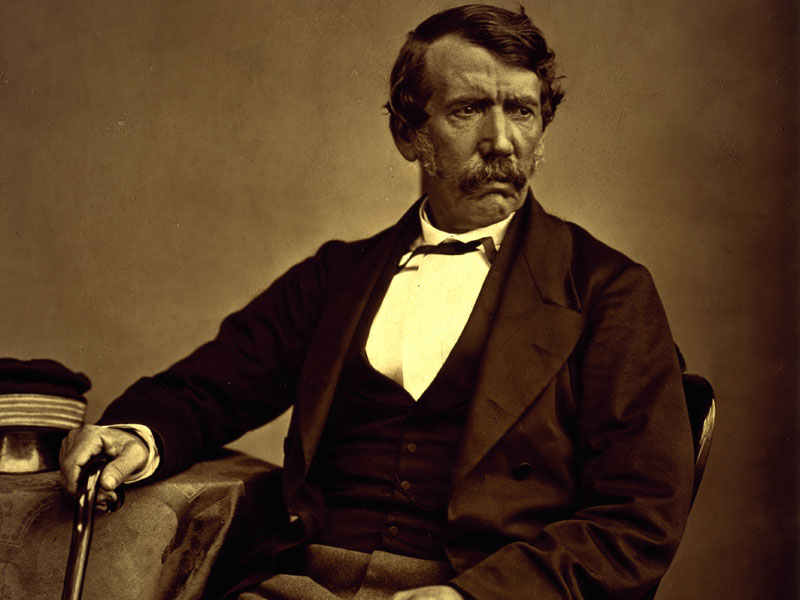 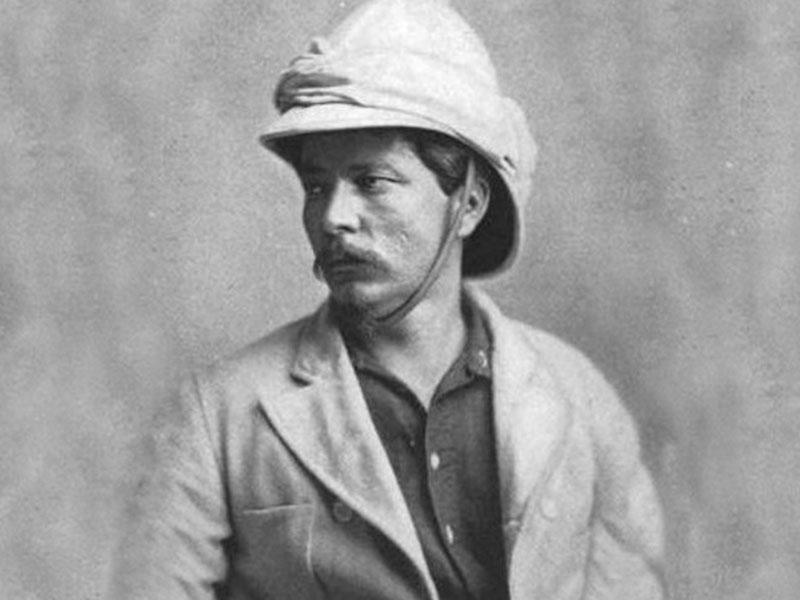 Born in the mill-town of Blantyre, Scotland, along the River Clyde, David Livingstone heard the Gospel from his earliest years from his parents and church. His father, Neil, faithfully conducted family worship, passed out Gospel tracts as he travelled for his work and taught Sunday school. David was given a New Testament for reciting Psalm 119 from memory. The study of science and the creation captured young David’s mind, an interest that one day would contribute greatly to his African exploration after God had captured his heart.

While studying in medical school, Livingstone determined to leave for the mission field in the Far East, but political circumstances and his meeting missionary Robert Moffat, steered him toward Africa where he could see “the campfires of a thousand villages where the Gospel had never been heard.” He left for Africa at age 28, where he would serve for most of the next 32 years. Livingstone spent about three years with one tribe but quarreled with a fellow missionary and saw no fruits of his preaching, moved to another tribe and saw no conversions and left after two years for another with the same result. It seemed that God’s kingdom would not be expanded through the Scottish missionary’s witness. 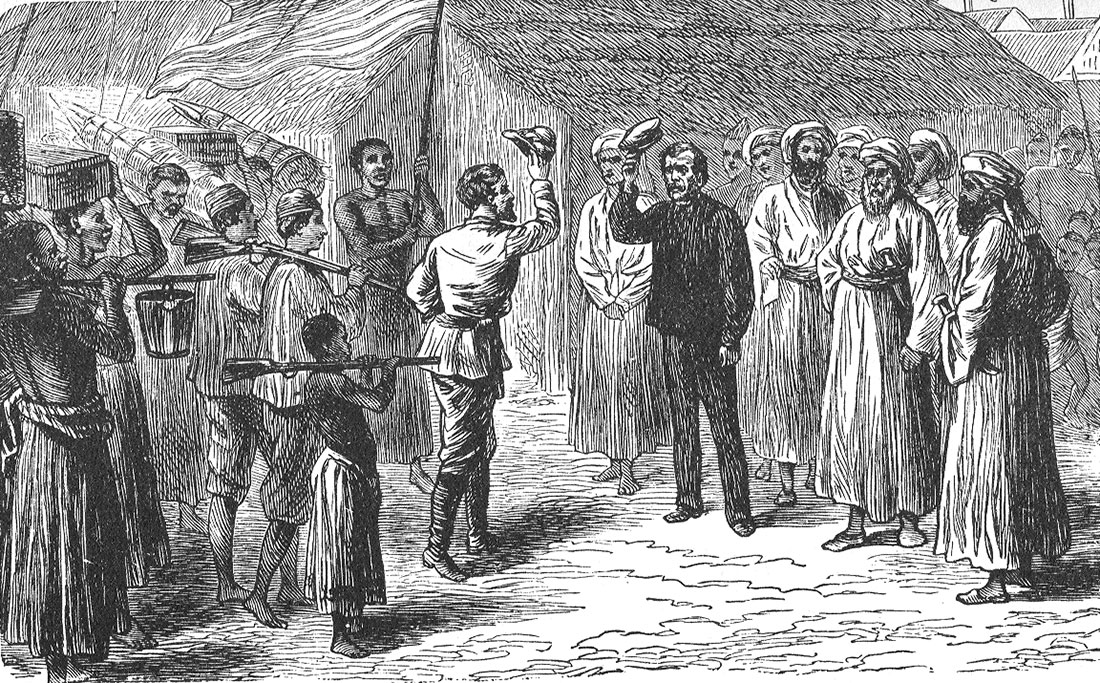 Illustration of the famous meeting between David Livingstone and
Henry Morton Stanley in Ujiji, November 1871

Livingstone moved into the interior of Africa following the Zambezi River, mapping the course of the river and the terrain as well as keeping record of the flora and fauna of the continent. He met with chiefs and negotiated peaceful passage through their lands. He still preached, with no results, but also traded, learned languages, studied the cultures, and wrote down everything he observed. Convinced that he was mapping a way into the interior for future missionaries, he successfully convinced other British missionaries to follow in his paths. A number who took him up on the idea, perished in the wilderness from the many fatal diseases that awaited white men in the jungle. He himself suffered often from malaria and other maladies.

He visited England and published a book of his travels, making him one of the best known explorers of the century. He was fêted by the scientific community and given a roving commission by Queen Victoria’s government. His expeditions took him to places never before seen by Europeans and his maps and journals paved the way for many who followed. Livingstone took his family with him in the early days, but his wife died at the age of 27 in Africa and most of his children died young there. They rarely saw him. One son died fighting for the Union in the American Civil War. 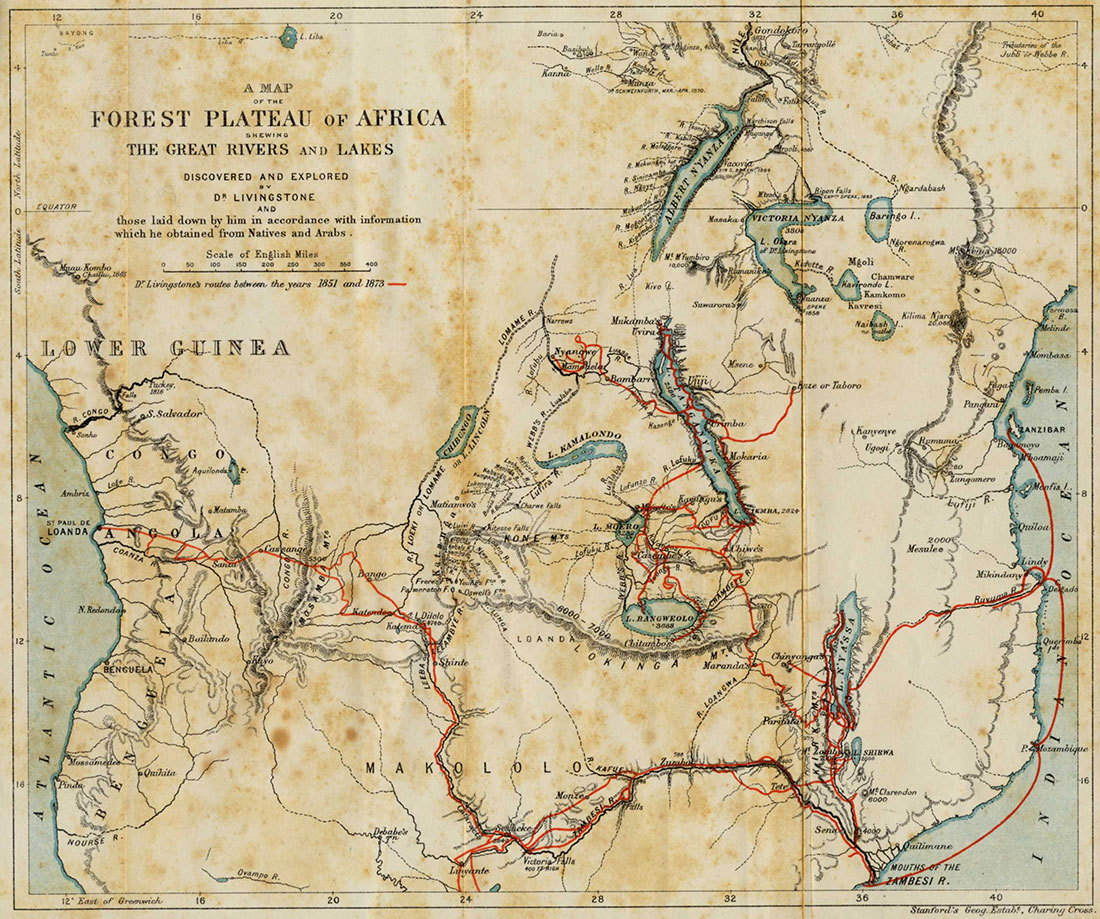 Livingstone fought slavery through his writings and sometimes on the ground in Africa. He worked hard to prevent abortion and infanticide among tribal people. His years of devotion to preaching, exploring, mapping, and recording, resulted in his heart being buried in Africa by the Africans and his body interred at Westminster Cathedral. What David Livingstone had proposed to found churches, God had disposed to map the way for the spread of the Gospel after his death.