“For all our days are passed away in thy wrath: we spend our years as a tale that is told.” —Psalm 90:9

n old Indian adage asserts that “when a man dies, a thousand stories die with him.” Sir Walter Scott determined that a thousand stories of his old nation would not die, even though they were at times a combination of historic events and a product of his romantic imagination. In this week in 1828 Scott began publication of Tales of a Grandfather, a series intended to tell the entire history of Scotland, not as an academic narrative, but through the stories told to his grandson, full of glory, courage, and admiration of a heroic past. 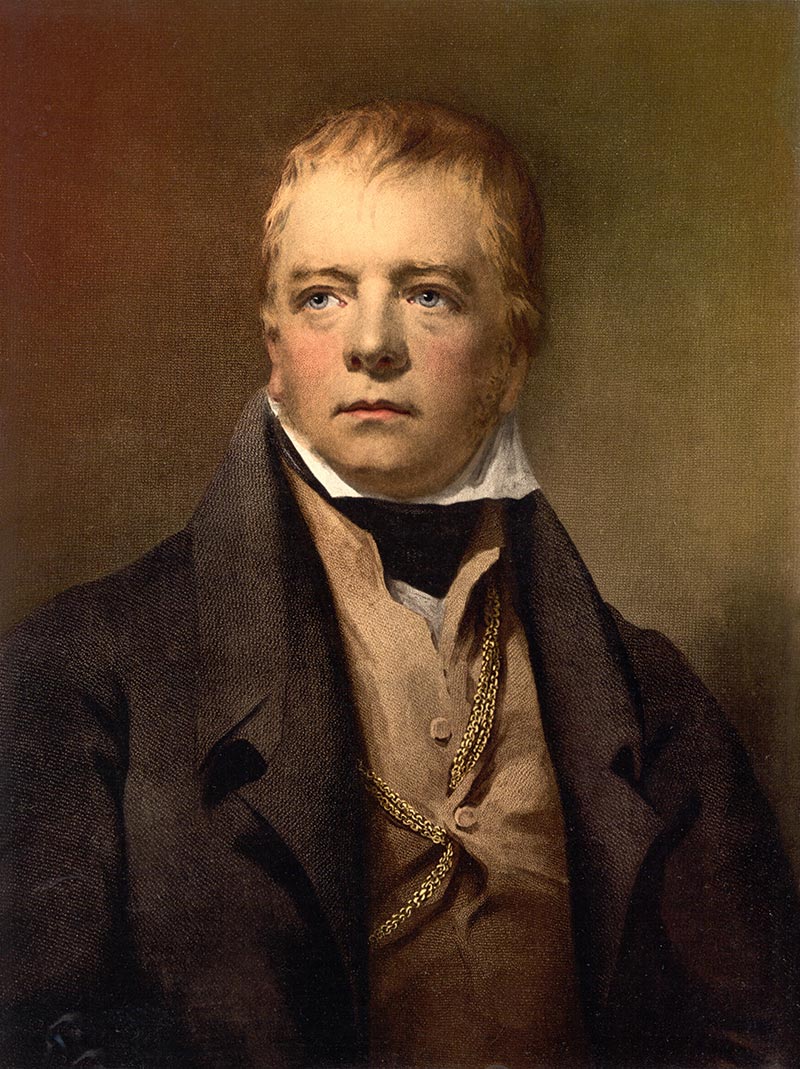 Walter Scott came into the world in 1771 in College Wynd, an alleyway leading from the Cowgate to the University of Edinburgh. He was the ninth child in the family, and one of the few who survived infancy. He barely survived, since he contracted polio, which permanently damaged his ankle and caused a lifelong limp. He received a solid education in Edinburgh from private schools and tutors and planned to follow in his solicitor-father’s footsteps. An early assignment as a lawyer sent Scott to the Highlands to direct an eviction. 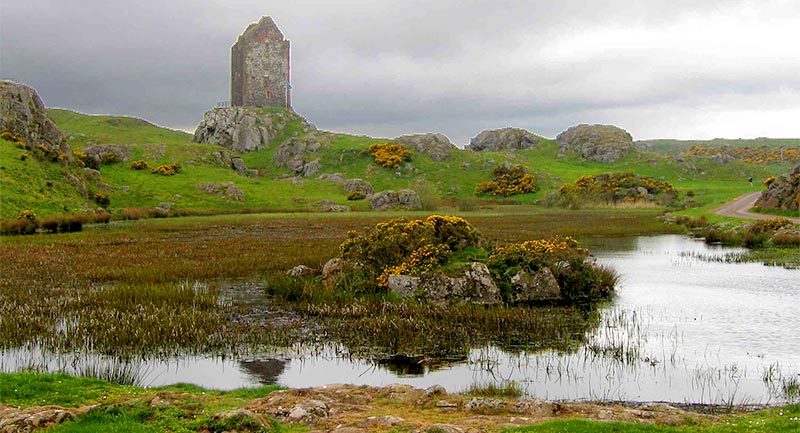 View of Smailholm Tower from the east across the lochan from near Sandyknowe Farm, childhood home of Walter Scott

Walter Scott was an inveterate collector of Scottish stories, many of them related to him by an aunt in the Borders (area along the English borderline) and others from whom he solicited old tales. He read multiple works on poetry, history, drama, fairy tales, and romances. At the age of twenty-five, he translated a book of poetry from German, and then published four years later, a collection of ballads that he had collected, as The Minstrelsy of the Scottish Border. Scott devoted the rest of his life to literary pursuits, publishing long narrative poems and historical novels. He published an eighteen-volume edition of John Dryden and nineteen volume edition of Jonathan Swift, two of his favorite writers. 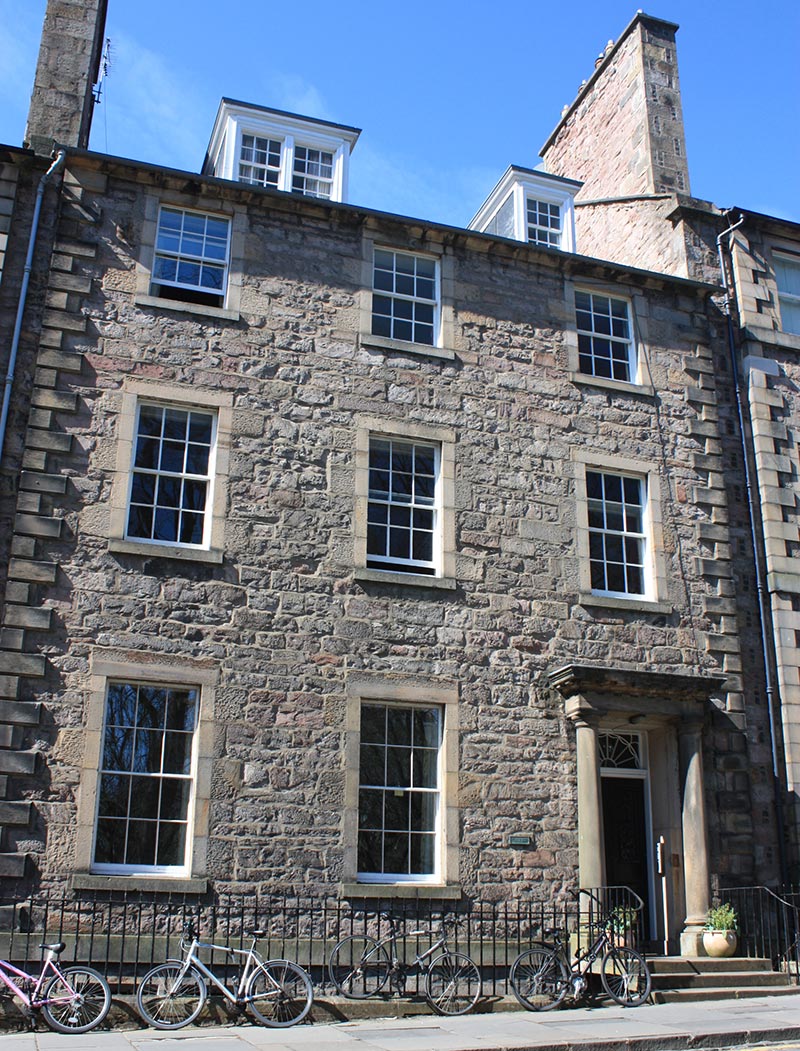 Scott’s Waverly novels struck a chord with readers in the United Kingdom and America. His “vigorous” storytelling, revealed his keen knowledge and love of Scottish history and character types, as well as a gift for describing landscapes. He was a master of dialogue, especially that of regional Scottish language. For the first time, the Highlands and Highlanders were revealed as romantic figures, kilted and brave, fighting and dying for their clan chief and love of independence in their mountain fastness. He created a somewhat mythological world to which even the Royals of England were attracted.

“Scott was the master of a rich, ornate, seemingly effortless literary style that blended energy with decorum, lyric beauty with clarity of description.” —Encyclopedia Britannica 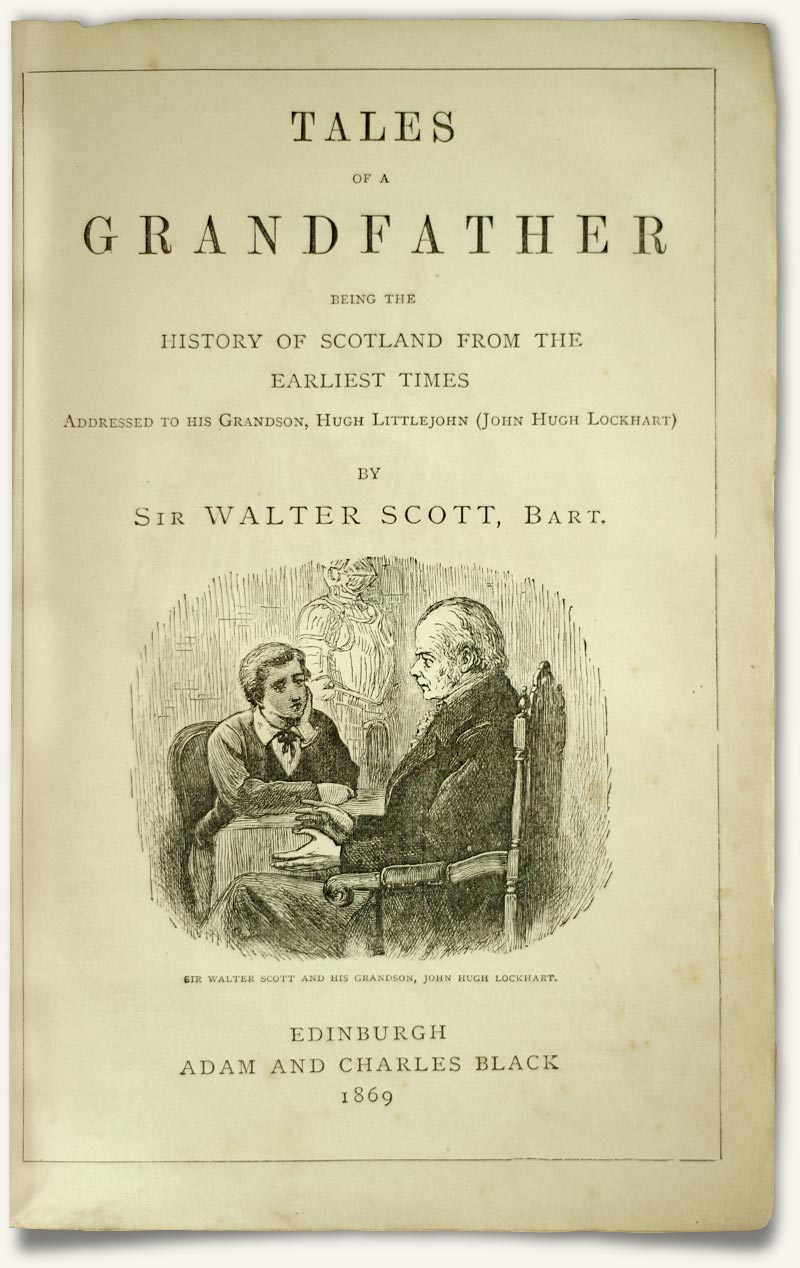 Scott was awarded a baronetcy by the King for recovering the “Honours of Scotland,” the crown jewels that had been hidden since the 1650s. He bought and improved a home in the borders — Abbottsford, a wonderful place to visit today. When his publisher Ballantyne went bankrupt, Scott himself was saddled with enormous debt. Instead of declaring bankruptcy himself, he “wrote himself out of debt.” 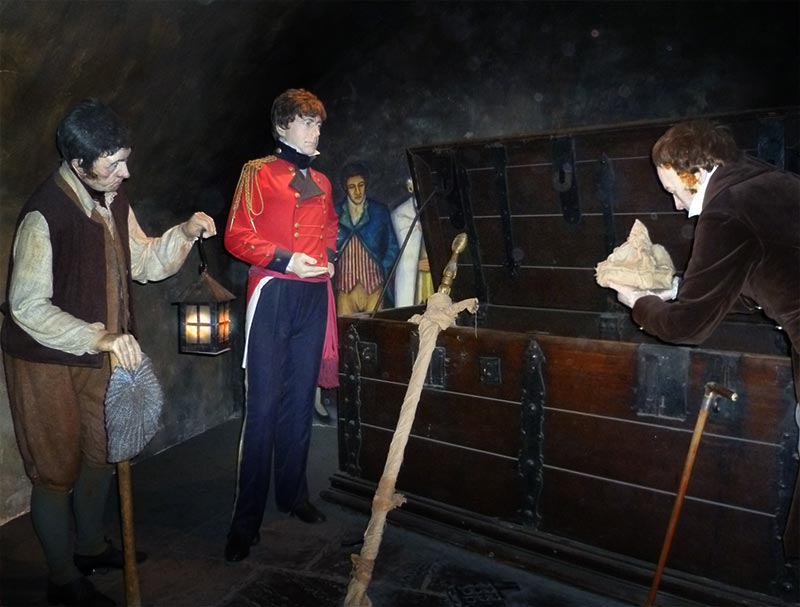 Sir Walter Scott rediscovers the hidden “Honours of Scotland”, the location of which had remained unknown since the 1650s

Though little read today, Sir Walter Scott was the most famous storyteller of the 19th century. He took seriously the Christian faith of his historic creations, but preferred the latitudinarianism and formality of the English Church over his inherited, stricter, Calvinist heritage. He was criticized by historian Thomas McCrie for his treatment of the Covenanters in Old Mortality, considered one of his best novels by Scott’s admiring literati. He was of contradictory mind on some issues: ever the Royalist, Scott nonetheless loved the Highland Host, Montrose and “Bonnie Dundee”, and wrote about them favorably, while disliking their Roman Catholic heritage and allegiances. He almost single-handedly recreated the world of kilts, claymores, bagpipes and tours of the Highlands for future admirers. 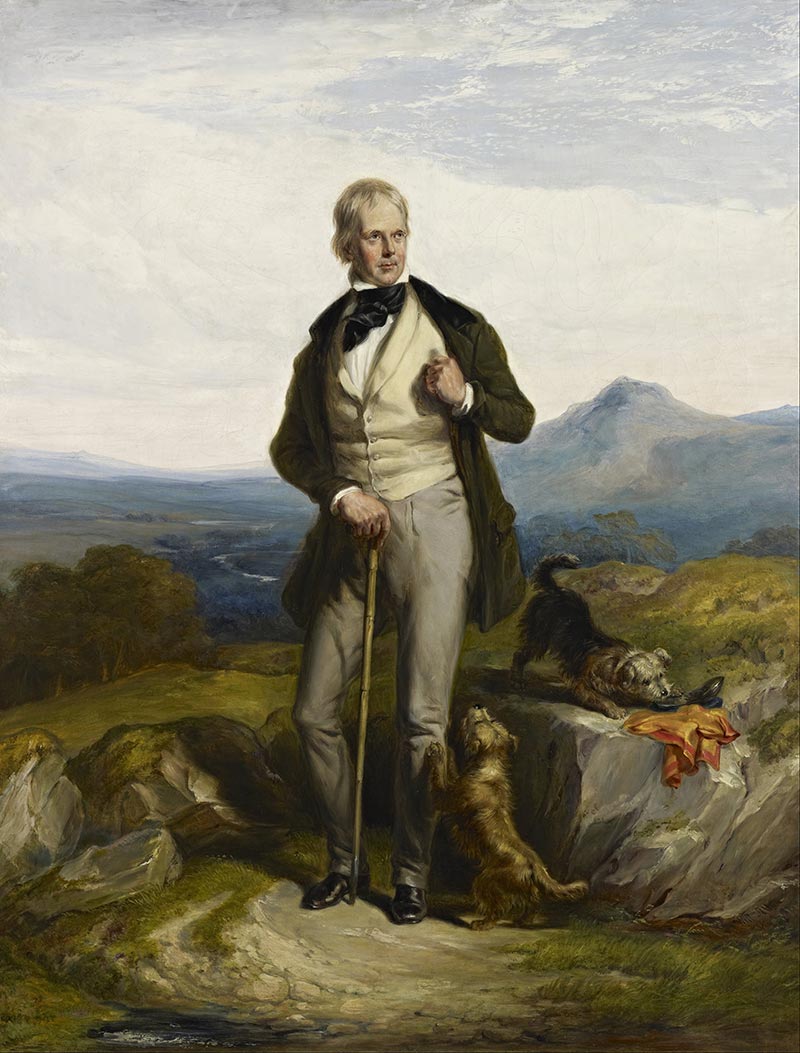 Scott served as an elder in the Presbyterian Church of Scotland and was steeped in the contentious church history of his country, especially the Covenanter period. Although Scott respected his parents, he eventually left the Presbyterian Church, married an Episcopalian woman, with whom he had five children and had them baptized as Episcopalians, and considered himself of that communion. Anyone who loves Scotland and its history will never fully appreciate that heritage without at least “a little Scott” in their reading plans.