The Birth of Caesar Augustus, 63 BC

“Tremble before the God of Daniel, for he is the living God and enduring forever, and His kingdom is one which will not be destroyed, and His dominion will be forever.” —Daniel 6:26

The Birth of Caesar Augustus, 63 BC

ow in those days a decree went out from Caesar Augustus, that census be taken of all the inhabited earth.” (Luke 2:1) With these words many Christmas pageants and plays begin, but Augustus is just a bit player off stage to the moment around which all of history revolves — the Incarnation of the Lord Jesus Christ, the King of all mankind and the Creator of all that is. Ironically, Caesar Augustus thought of himself in similar terms, and historians of ancient Rome grant him first place among all the Caesars of Rome. God used this Roman “Pontifex Maximus” to establish the imperial environment for the coming of the Messiah, unwittingly fulfilling a number of wonderful prophecies from the Old Testament. 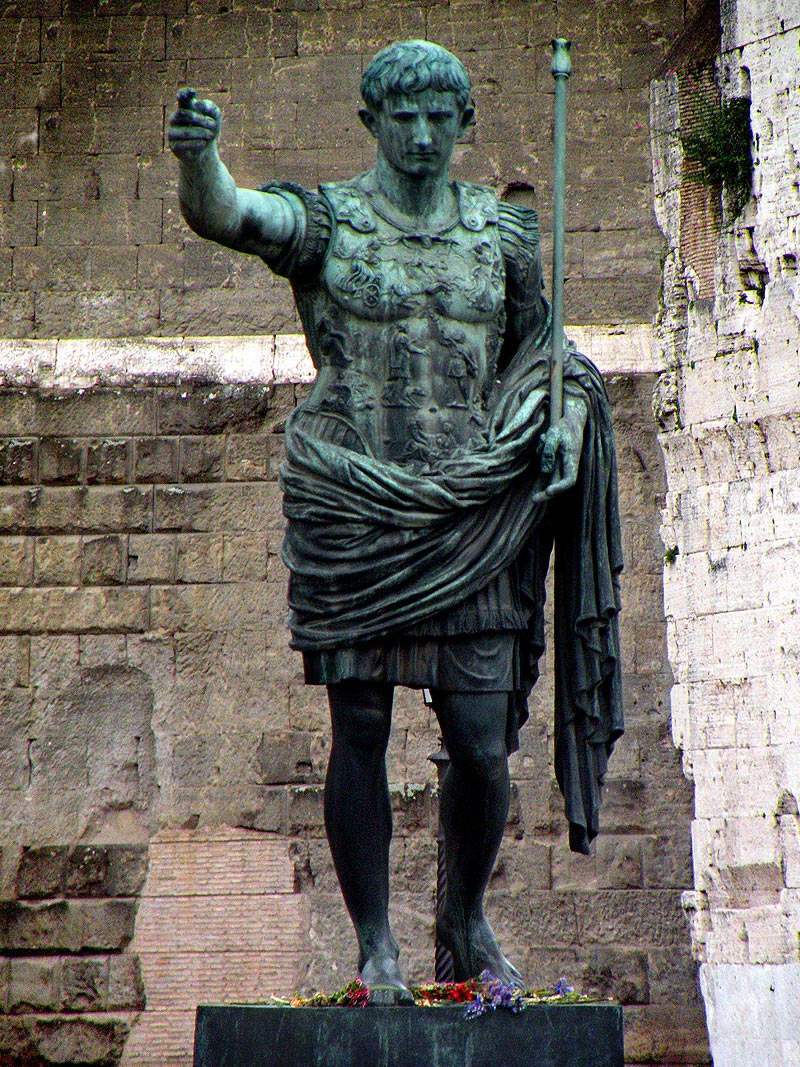 Gaius Octavius Thurinus was born into an “equestrian” family in Rome on September 23, 63 BC. His mother was the niece of the famous General Julius Caesar. When Octavius was thirteen, his great-uncle crossed the Rubicon River with the famous 13th Legion and deposed Pompey the Great, chasing his army down and defeating them. Upon the destruction of all his rivals, Julius Caesar became dictator of Rome, thus bringing about the demise of the Republic. Caesar adopted Octavius (whose name then changed to Octavius Julius Caesar) and in his will named Octavius as his successor. As heir, Octavius continued his military training and courted the favor and loyalty of the legions associated with his great-uncle’s army. 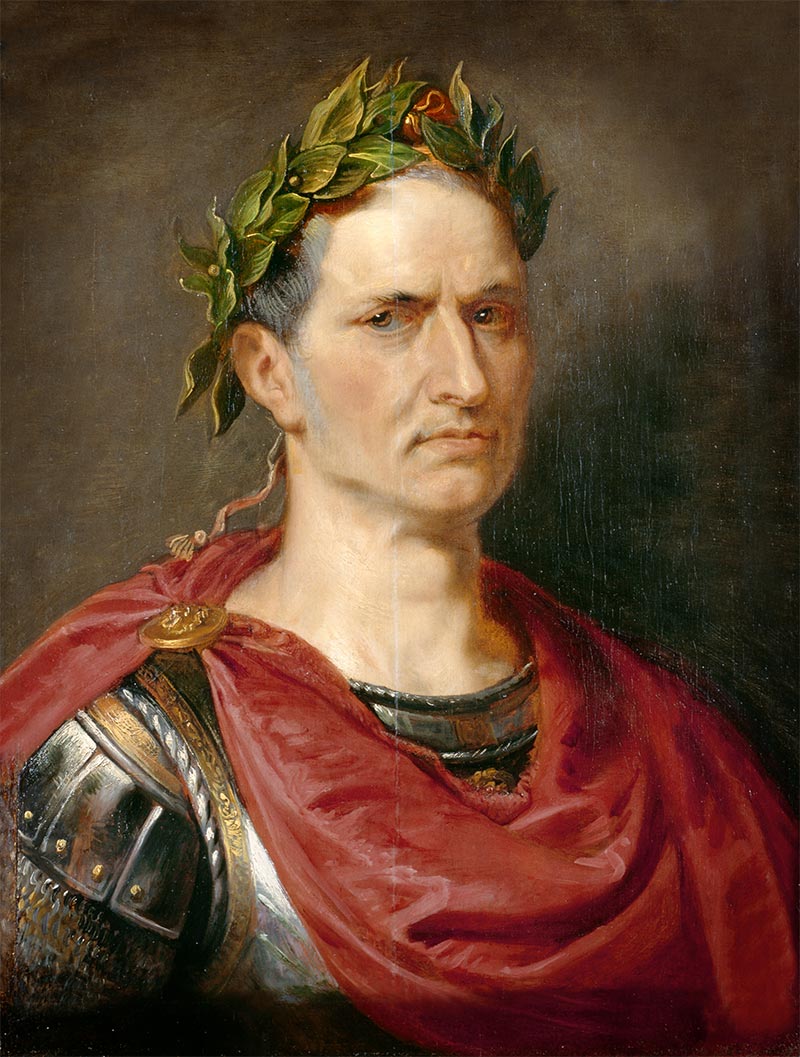 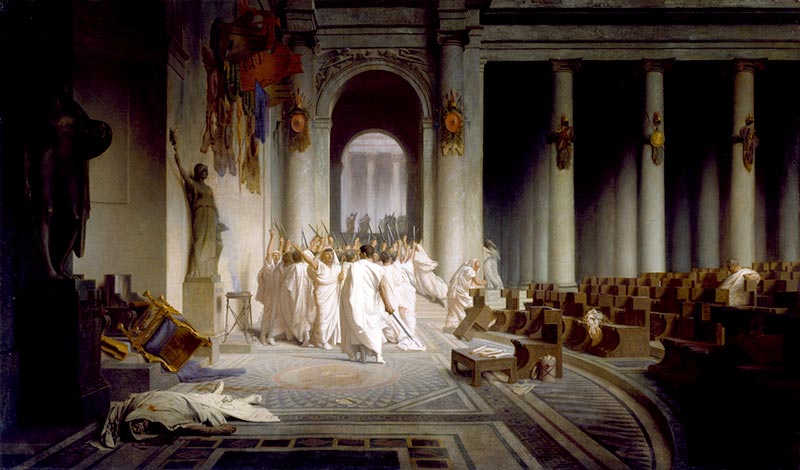 The Assassination of Julius Caesar in 44 BC 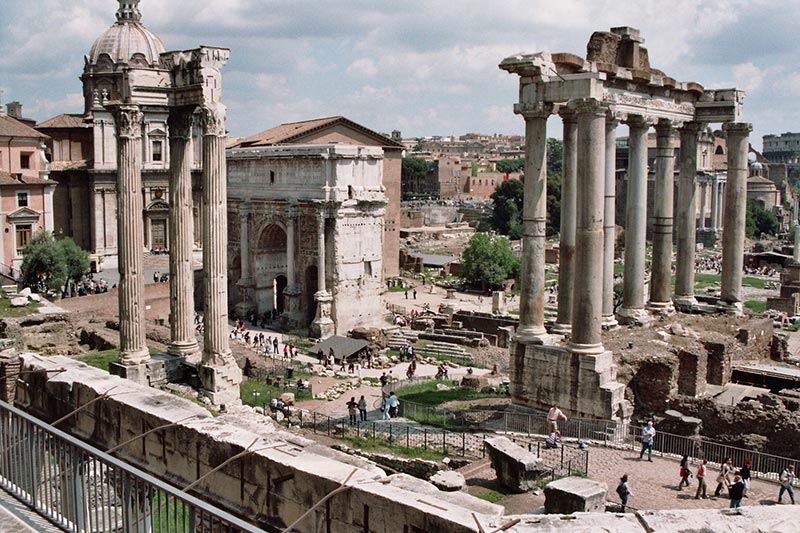 Ruins of the Roman Forum

Julius Caesar was assassinated in the Roman Forum in 44 BC by a conspiracy of former friends and colleagues. Octavian and Marc Antony’s forces destroyed the legions of Brutus and Cassius at the Battle of Phillipi. The Senate deified Julius Caesar, and in response Octavius began calling himself divi filius, the “son of god”. He turned on Antony and chased him till he defeated the coalition of Antony and his ally, Cleopatra of Egypt. Octavius had three hundred senators and equestrians put to death for opposing his rule. After the elimination of all his enemies, internal and external, Octavius took the title Augustus Caesar, a religious title implying total authority, and settled into what became the Pax Romana, the Peace of Rome, which lasted through his reign and beyond. 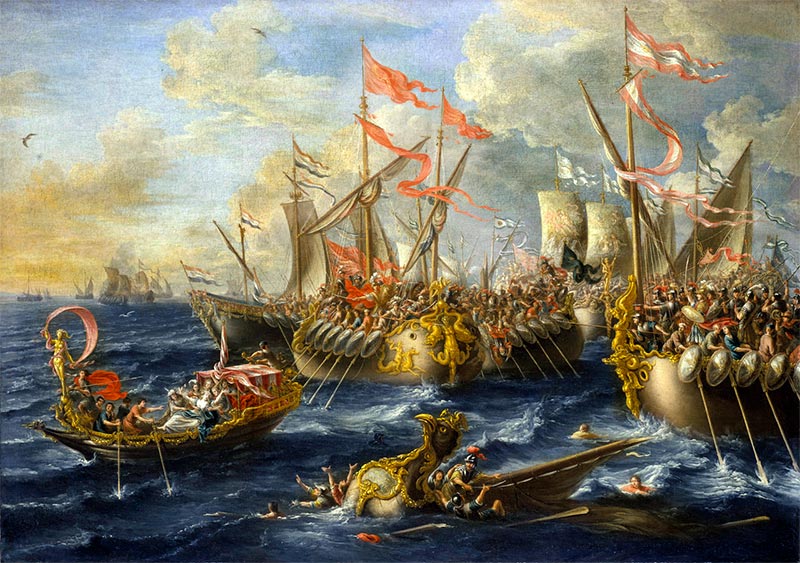 While still assuring the Senate of his Republican convictions, Augustus Caesar consolidated his control of the Empire:

“…first of all from various powers of office delegated to him by the Senate and people, secondly from his immense private fortune, and thirdly from numerous patron-client relationships he established with individuals and groups throughout the Empire. All of them taken together formed the basis of his auctoritas, which he himself emphasized as the foundation of his political actions.”1

With the successes of his battle and wars, Octavius chose for himself the name Imperator (victorious commander) Caesar (his adopted family name) Divi Filius (son of god) Augustus. (No one asked “what’s in a name?” anymore).

Caesar Augustus’s reign brought expansion and pacification of the Empire, legal and economic reforms, general prosperity and prosperity to the Generals. His reign established in one form or another an empire that would last fifteen hundred years. His very name — Caesar — became the word for Emperor: Kaiser in Germany, Tsar in Russia, etc. He built roads across the empire, some still in use today. They enabled Christian missions to spread throughout the empire as the centuries passed. He established the gladiatorial and other games for the masses. Many of his building projects still stand. The month of August is named after him. 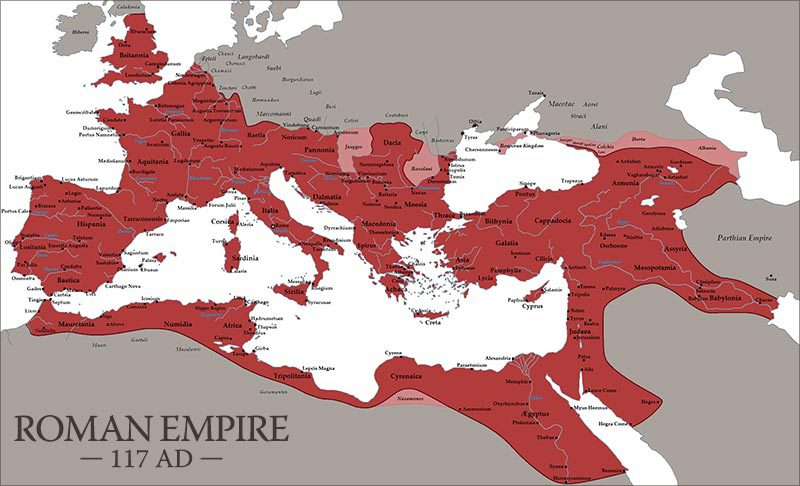 All that being said, the legacy of Augustus is a drop in the bucket of royal achievement compared to the coming of the real King at Bethlehem in about the 38th year of Caesar’s reign. After all, Augustus was but a man, and the marble busts of his head in the museums of the world but match his feet of clay. His empire went to dust, and weeds choke his flagstones. Another great king, who was brought to his senses after an unwilling diet of grass stated:

“…I blessed the Most High and praised and honored Him who lives forever; For His dominion is an everlasting dominion, and His kingdom endures from generation to generation.” —From Daniel 4:34