The Assassination of the Archduke of Austria, 1914

“New gods were chosen, then there was war within the gates.” —Judges 5:8

The Assassination of the Archduke of Austria, June 28, 1914

he “causes” of the First World War are numerous. Together they created an international powder keg. There is much disagreement among historians on which factors are the most important. There is no disagreement on the incendiary match that blew up Europe. A nineteen-year-old Bosnian Serb nationalist named Gavrilo Princip assassinated the Archduke of Austria, Franz Ferdinand and his wife Sofie. This ignited a series of events that led directly to the First World War, which was responsible for an estimated forty million casualties, including about 18 million dead. Never in history did two providential pistol shots exact a greater price. 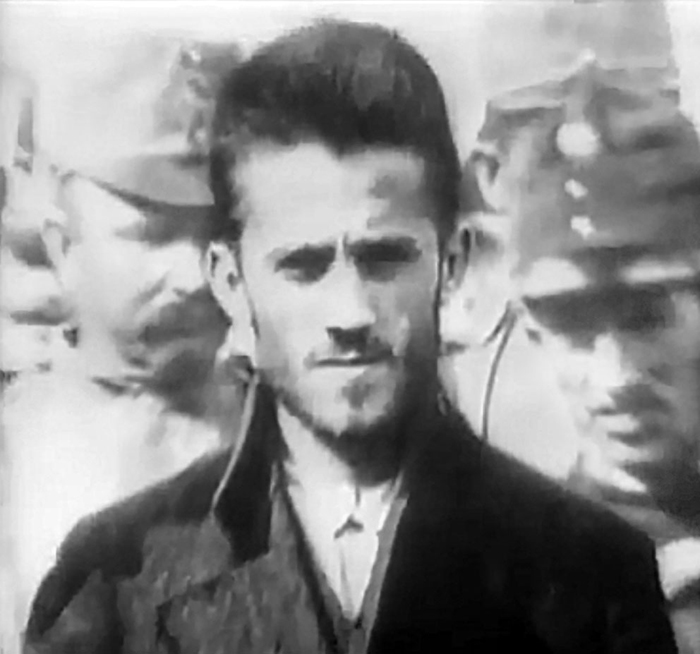 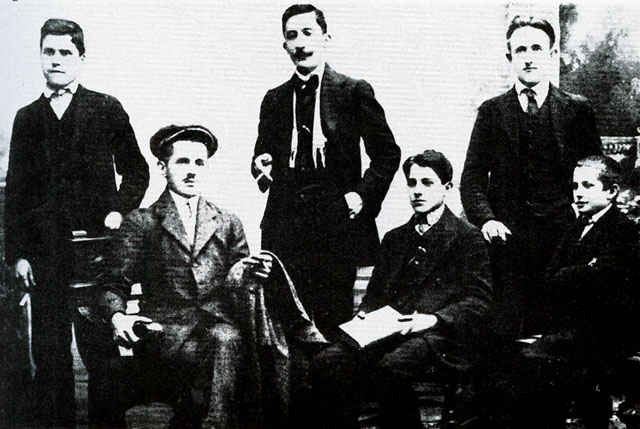 Members of “Young Bosnia”, a revolutionary movement to which Princip belonged

The Turkish Ottoman Empire, known as “the sick man of Europe,” tottered on its rotten social and political foundations. Southern Europe, “the Balkans,” and a former part of that empire, was now in thrall to Austria-Hungary, which ruled over a stew of disgruntled nationalities and religions. The Slavic people of the region were mostly Russian Orthodox in religion and culture and looked to Mother Russia for support. The Czar responded with promises of assistance if the proud Austrians ever tried to squelch the Pan-Slavic movements vying for recognition or independence. The French still simmered over their military humiliation by Germany in the Franco-Prussian War of 1870. They vowed that someday they would regain their honor and military reputation. England, wary of the militarized Germany which still possibly courted a “blood and iron policy” for the future of Europe, spent millions on keeping ahead of the growing German Navy — a threat to the British Empire — and formed an alliance with both Russia and France, known as the Triple Entente. Germany and Austria-Hungary maintained their historic ties of Germanic solidarity as “The Central Powers.” 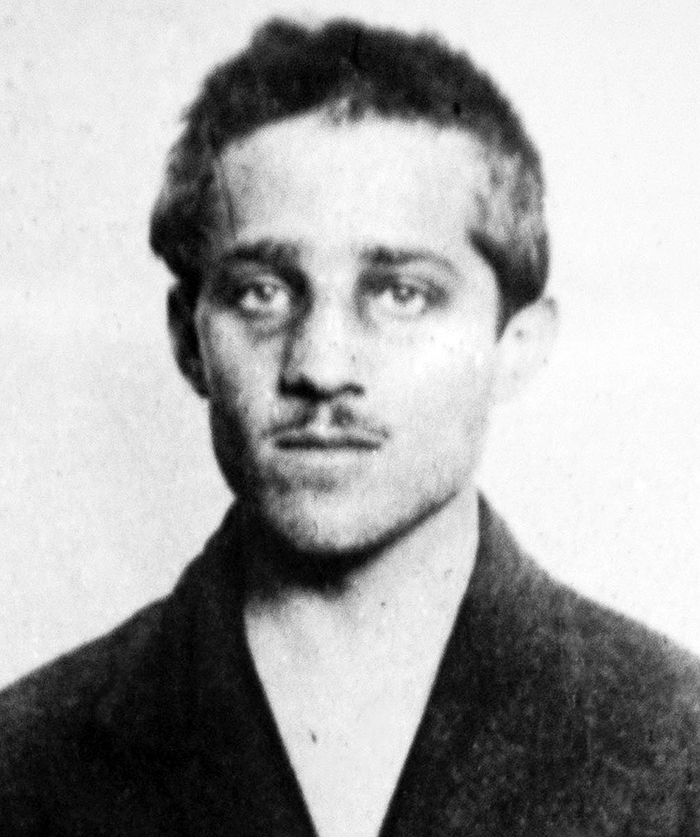 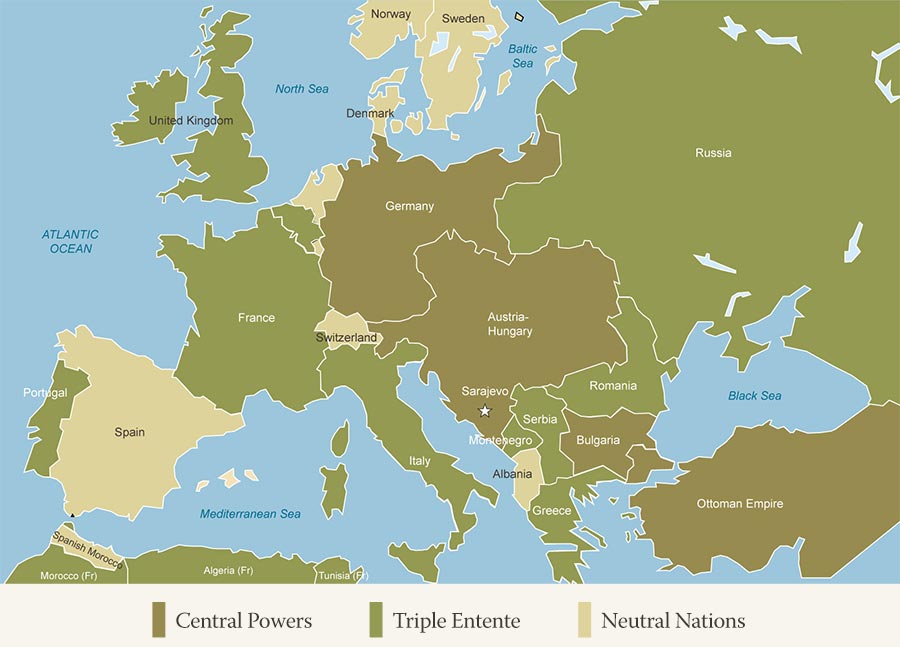 A secret Serbian Nationalist organization known as The Black Hand, planned the assassination of the heir to the Austrian Empire, a man known as a reformist, who courted favor with the turbulent peoples of the Balkans. The Habsburg Emperor Franz Josef, the Archduke’s uncle, did not think highly of his nephew, but sent him to Bosnia to oversee military training in Serbia. The terrorists of The Black Hand did not want reform or compromise. In June 1914, the Archduke and his wife embarked on a good-will visit to Sarajevo, the capital of Bosnia and the symbolic place where Roman Catholic and Orthodox Churches, Jewish Synagogues, and Muslim Mosques existed in the same vicinity. One of the other six assassins missed his first opportunity of killing the visiting royal couple with a grenade that struck the wrong car, but when the royal couple returned by the same route in an open car, Princip stepped out of the crowd and shot them dead with two shots from a revolver. 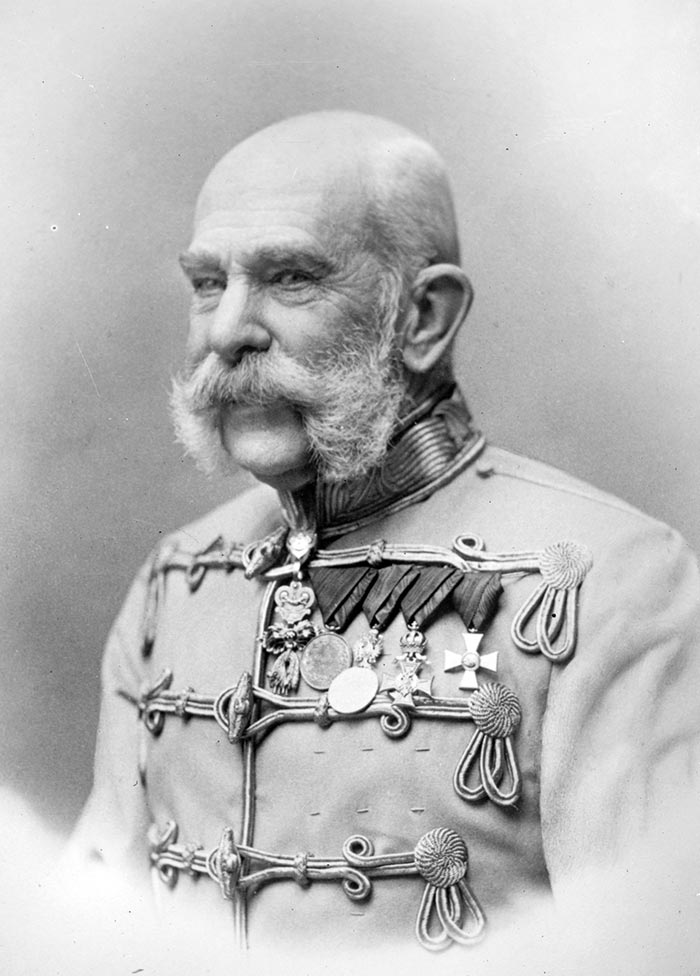 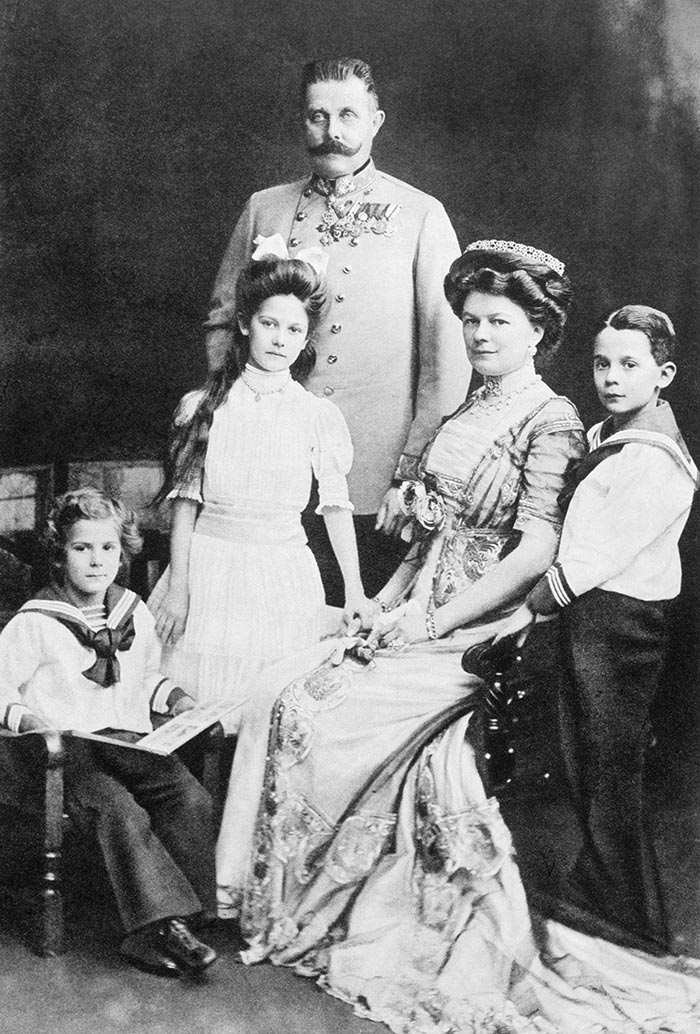 Austria made demands with which Serbia could not comply. Russia responded with mobilization, Germany backed Austria in their declaration of war, France and England declared war on the Central Powers and World War I was on in earnest. The United States entered the conflict in 1917 on the side of the Entente. As for the nineteen-year-old terrorist, the police captured him and sentenced him to twenty years in prison, the maximum penalty for a murderer under the age of 20. He died of tuberculosis two years later in prison. The Austrians tried to hide Princip’s body so he could not be dug up and revered as a Serbian patriot; someone on the burial detail talked after the war, and he was enshrined in a grave as a hero. 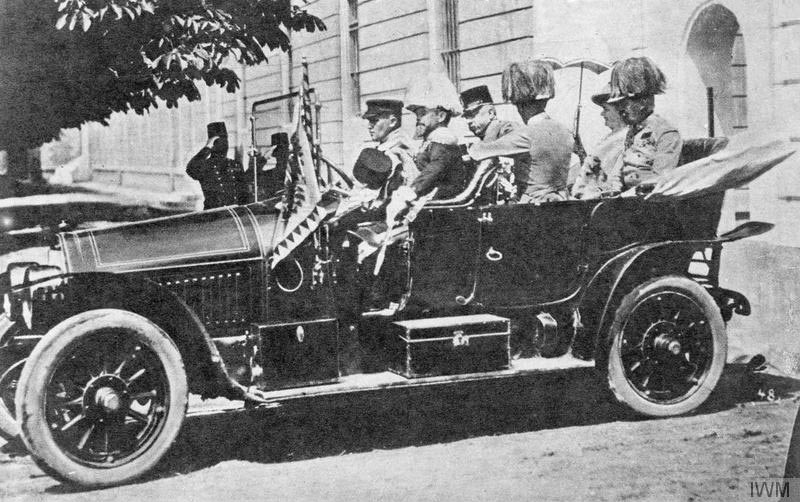 Archduke Ferdinand and his wife in Sarajevo shortly before their assassination

Many of the intellectuals and military men of all the major powers had embraced Darwinism in the decades before the war, and rejected their inherited culture of Christendom. Philosophers like Friedrich Nietzsche proclaimed that “only fighting yields happiness on earth.” After all, men were only products of chance evolution, and the test of who were the fittest could only be determined by war. The results of the “War to End All War?” The Ottoman Empire fell to the Young Turks and they massacred their Armenian population. The Austro-Hungarian Empire of the Habsburgs was destroyed. The German Kaiser went into exile and within ten years the Nazi Party was on the brink of capturing the government. The Czar was murdered and Russia fell to the Bolsheviks, and France and England re-drew the map of the world. Everyone struggled or bided their time until September 1, 1939, when German troops massed on the borders of Poland, and Darwin’s children continued their long march to sacrifice to their war gods once again. 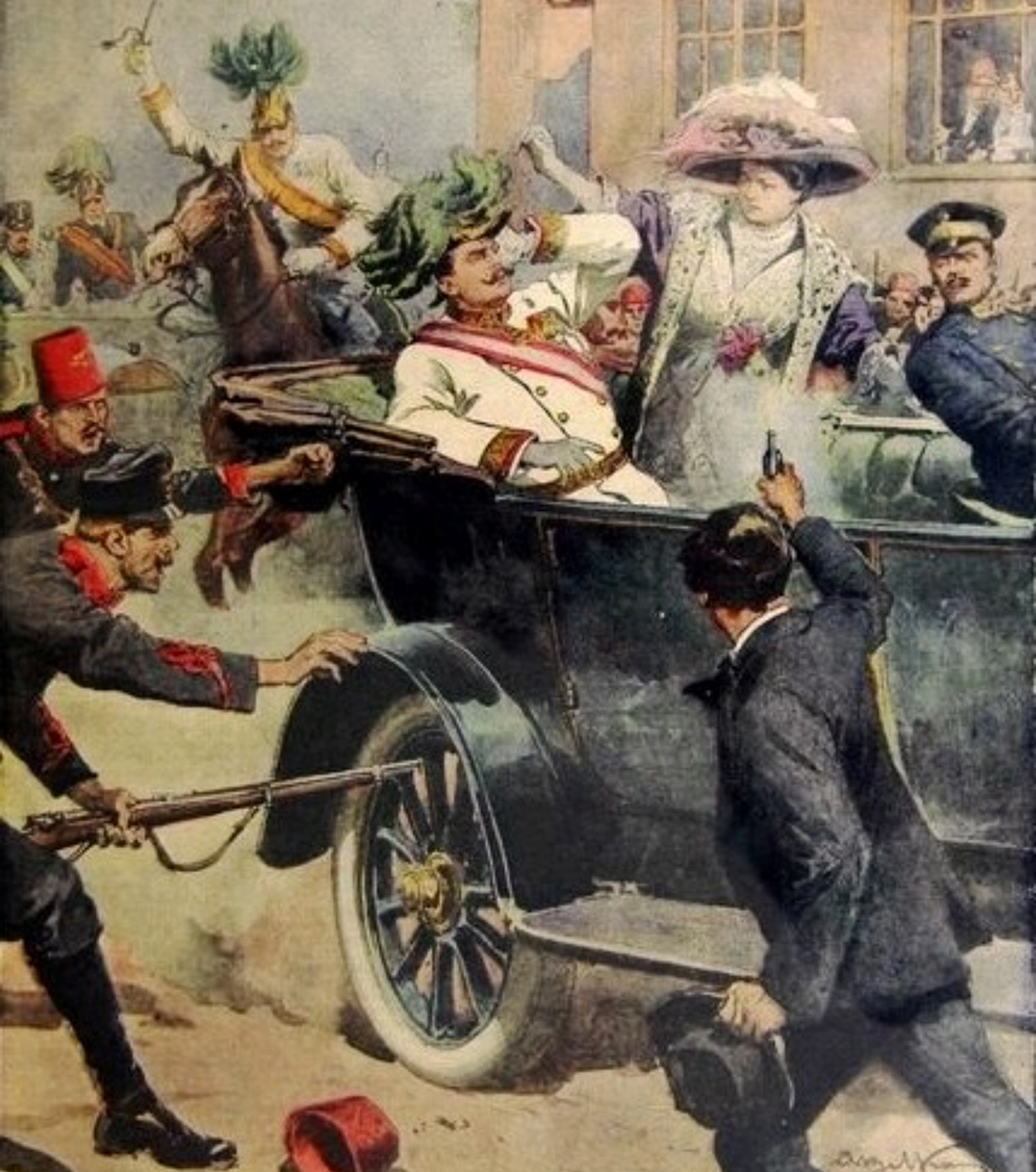