Antiochus Epiphanes Profanes the Temple, 156 BC

“Then the king will do as he pleases, and he will exalt and magnify himself above every god and will speak monstrous things against the God of gods; and he will prosper until the indignation is finished, for that which is decreed will be done.” —Daniel 11:36

number of important historical events occurred in the period between the Old Testament and the New Testament (c. 420 B.C.—1 A.D.), called by Protestants the “intertestamental” period and by Roman Catholics the “deuterocanonical” era. During those four centuries, one of the greatest warrior kings of history arose—Alexander the Great, and his Not-So-Great successors, the Diadoche—four of Alexander’s generals who divided up his empire for themselves, after his death in 323 BC. One of the most aggressive and successful leaders, Seleucus I Nicator, ruled over a province that would eventually contain the area of the modern nations of Israel, Lebanon, Syria, Jordan, Iraq, Iran, central Turkey, Saudi Arabia, Kuwait, Afghanistan, Pakistan and Turkmenistan, which collectively became known as the Seleucid Empire, which lasted to 63 BC. The Seleucids (pronounced Sel-oo-sids) brought Hellenistic (ie. Greek) culture to the Middle East, maintaining and expanding the cultural continuity of Alexander’s conquests. One of the most brutal of the post-Alexandrian rulers acquired the name of Antiochus Epiphanes, and in his reign fulfilled a prophecy made centuries earlier in the Book of Daniel of the Hebrew Scriptures. 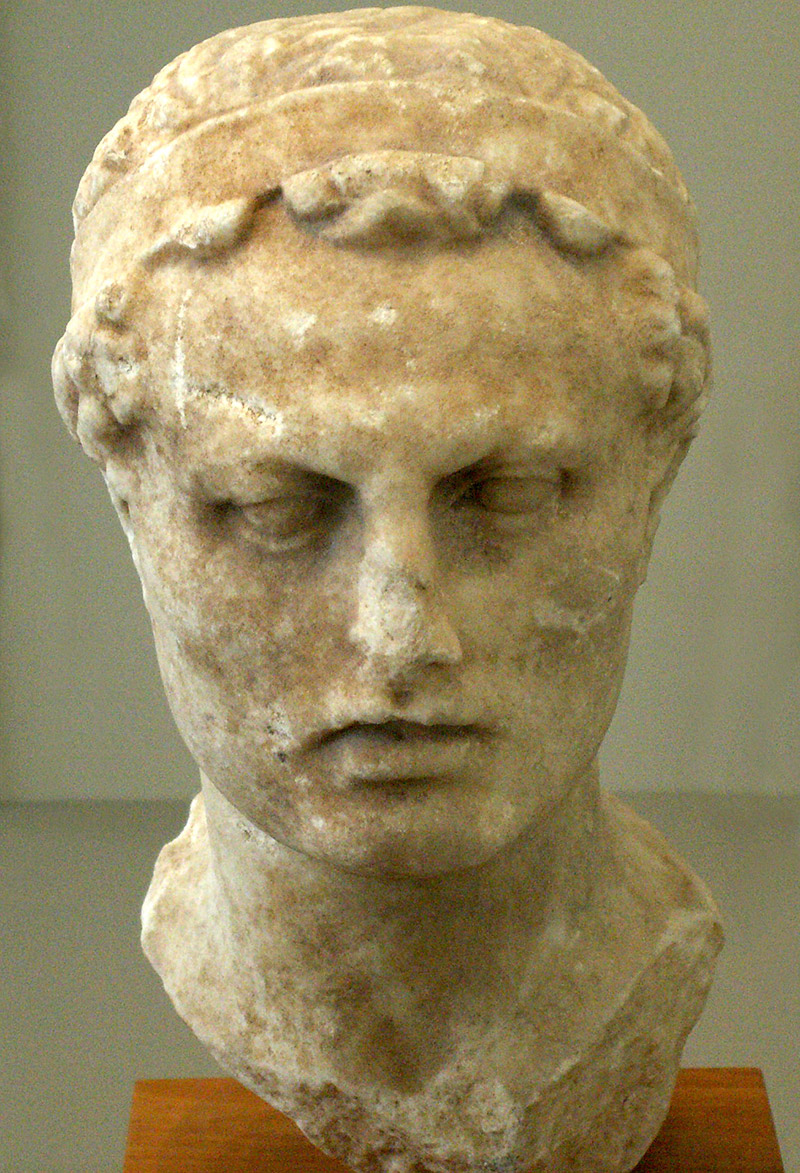 Antiochus Epiphanes (c. 215 BC -164 BC), Hellenistic king of the Seleucid Empire

For most of their rule, the Seleucids followed Alexander’s policy of using local satraps and princes to help rule the vastly diverse tribes of the Levant. Jews were permitted to maintain their religious ways and culture as long as they paid the required tributes. In 187 B.C. Antiochus III was succeeded by his eldest son, Seleucus IV Philopater, and then by his youngest son Antiochus IV Epinphenes. The kingdom he inherited contained resistance and rebellion in enough measure to warrant a crackdown, and Epiphanes was just the man to crush dissent.

Antiochus determined to unify the religions of the region by compelling everyone to worship him as the paramount god—the Greek god Zeus—in human form. For the first time, his image appeared on the coinage to remind the people he was “Theos Epiphanes” the “manifest god.” Wise guys live in every culture, and someone changed one letter in his name for it to read Epimanes—the “madman,” a most popular public joke. 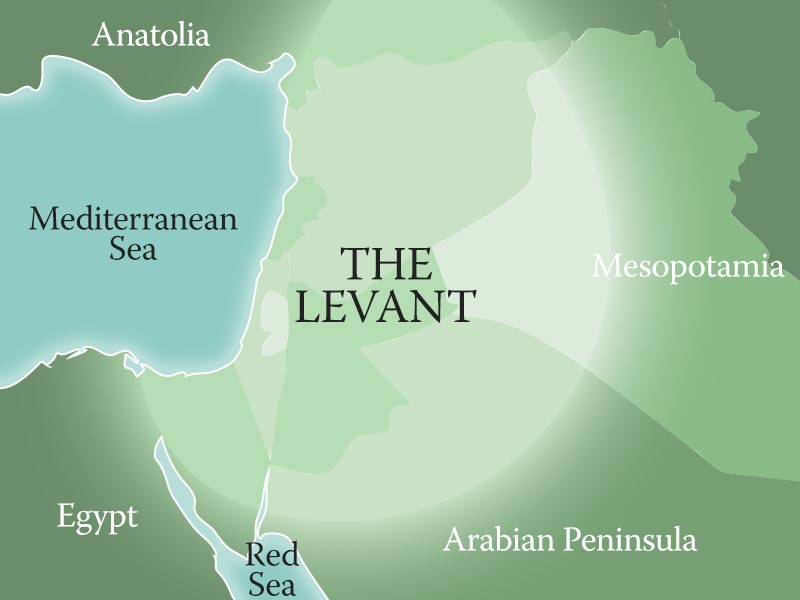 Approximate geographical area of the Levant, a large area in the Eastern Mediterranean region of Western Asia 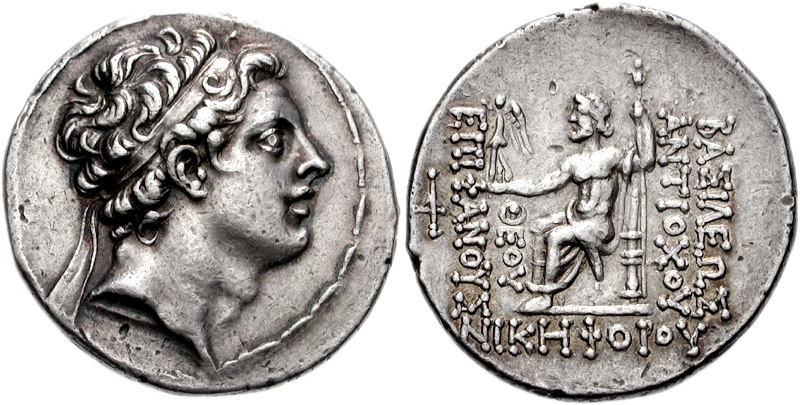 A dispute over who should be the high priest of the Jews in Jerusalem resulted in a war of bribery, won by the pro-Greek Jason over his traditionalist brother Onias. A couple years later one Menaleus, not a descendant of Aaron, paid a higher bribe to Antiochus and was installed as the new high priest. Menaleus plundered the temple, causing riots in Jerusalem, and Jason returned to lead the revolt. Antiochus took it all personally and entered the city with an army, finished the temple plundering, and established martial law. Always suspicious of Ptolemaic Egypt, he converted Jerusalem into a fortress city and announced that it would be Greek in religion, abolishing Jewish rites, burning all the Torahs, and requiring the worship of “the manifest god.” 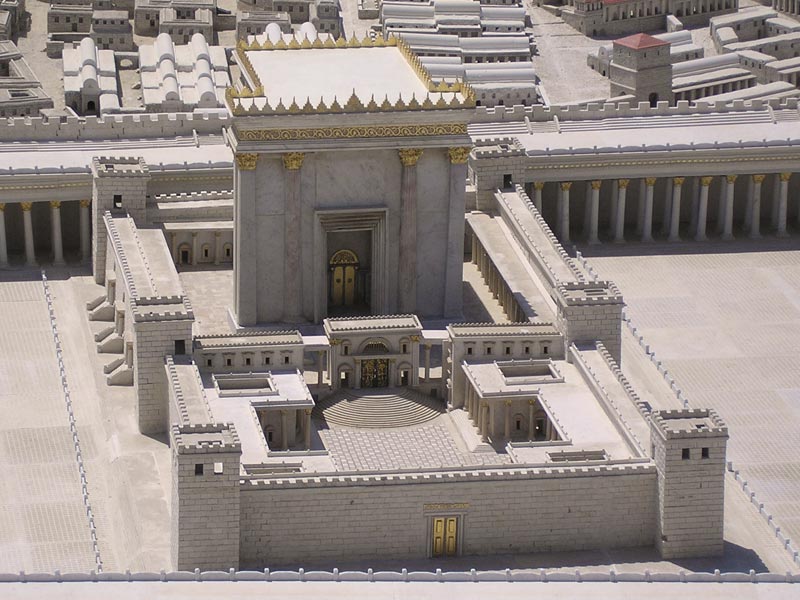 Model of the Second Temple in Jerusalem 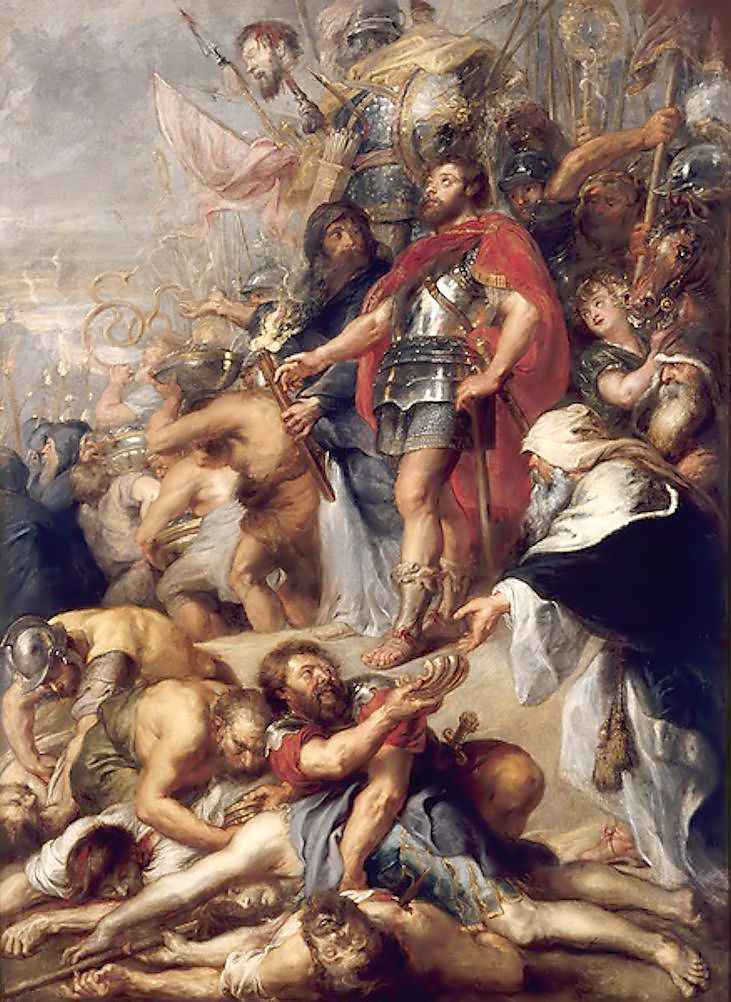 The Triumph of Judas Maccabeus, by Sir Peter Paul Rubens

The ultimate breaking point came when Antiochus erected an altar to Zeus on top of the altar of burnt offerings, and sacrificed a pig on December 16, 167 BC. The events of the raging Antiochus Epiphanes are foretold—many Bible scholars believe—by the accounts recorded in Daniel 11, including the military strikes on Egypt and the outrages perpetrated in Jerusalem. The details of the Jewish revolt are recorded in the books of the Maccabees found in the Apocrypha, the non-canonical, mostly history, books placed between the Old and New Testaments in most Bibles, up to and including Luther’s Bible and the original King James Version. 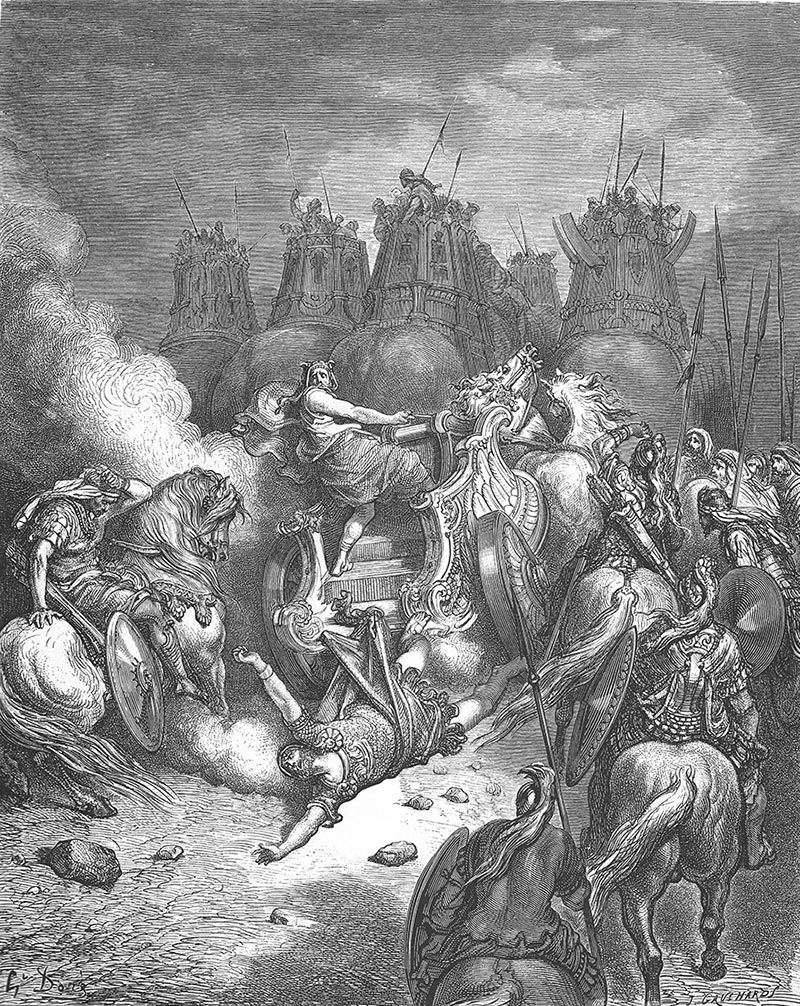 The Punishment of Antiochus, as recounted in 2 Maccabees Chapter 9, by Gustav Doré

The perpetrator of the profanation of the Second Temple, Antiochus Epiphanes, contracted a most painful wasting disease while on a military campaign in the east, and died in agony. God’s preservation of His people from that particular period is remembered in a Jewish holy day known as Hanukah. The state and its leaders down through history have demanded worship, but The True and Living God will only be truly worshipped in the ways He has specified in the Scriptures, and will ultimately put a painful end to idolatrous usurpers. 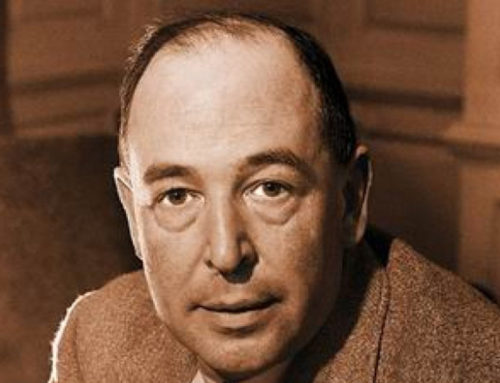