“Can two walk together except they be agreed?” —Amos 3:3

hen the Founding Fathers declared independence on July 4, 1776, they were then faced with the construction of a new form of government. The representatives of the thirteen colonies had discussed a union of some sort for several years prior to their actual rebellion against Great Britain, but with the Declaration, they now faced the practical problem of creating an instrument of government to put into practice their ideals and principles. The states agreed on a constitution known as The Articles of Confederation, which were sent to the states for ratification in 1777. The Articles went into effect on March 1, 1781, although Congress conducted the war and their political business for several years according to the Articles. 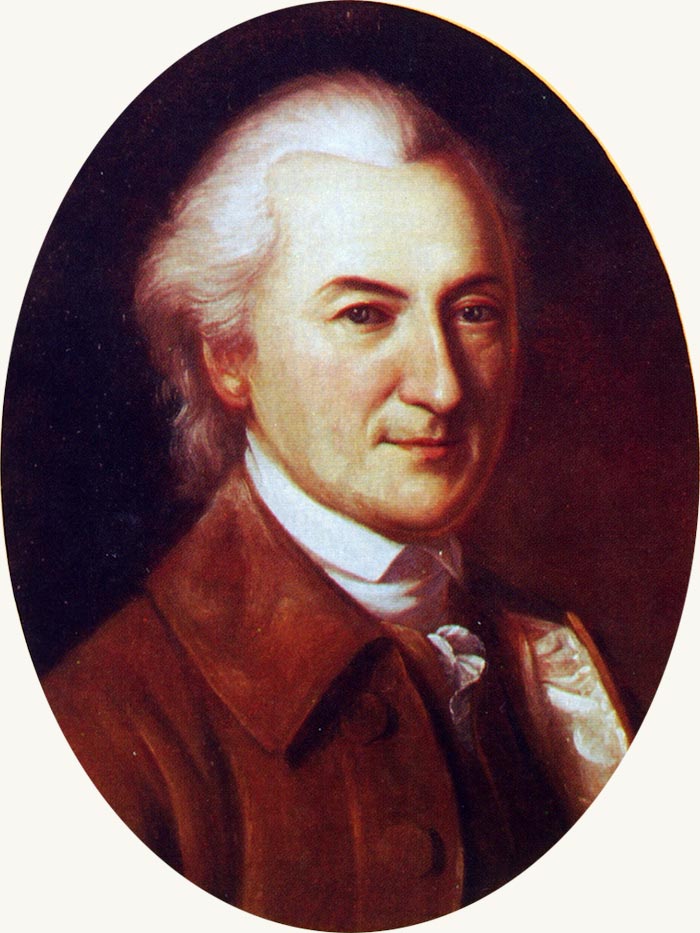 John Dickinson, author of the first draft of the 1776–1777 Articles of Confederation 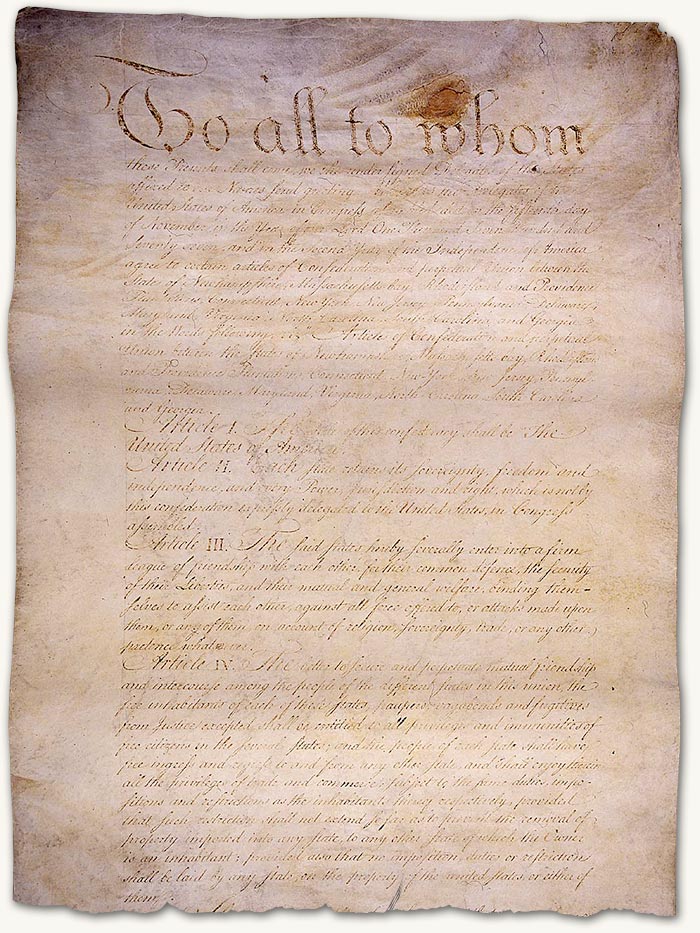 First page of the Articles of Confederation

All the states wrote their own constitutions following independence, Virginia leading the way. Those structures worked very well for independent operations. Congress, however, had to conduct a war, form foreign alliances, and plan for united action regarding post-war inter-state relations. Within days of the announcement of the Declaration of Independence, Congress organized a “committee of thirteen” to draft articles of confederation. Congress debated the proposed constitution for about a year before sending it to the states for ratification in 1777. Its provisions were agreeable to all but the most monarchical, centralizing or nationalist of the colonial leaders. Technically, the document could not become effective until all thirteen states ratified, and Maryland waited until 1781 to do so.

The thirteen articles began with “the stile of this confederacy shall be The United States of America”. Each state retained its sovereignty and independence in every manner not specifically given to the Confederation Congress. Free travel and commerce between the colonies was assured and mutual defense against any and all enemies. Only the Congress could make war or form foreign political alliances. States were allowed two to six delegates each to the Congress, but each state had only one vote. Every state was required to form and train militias. Each state legislature had to raise the funds necessary to finance the Confederation Congress. The precise duties of the Congress and the rest of the Articles can be read here. 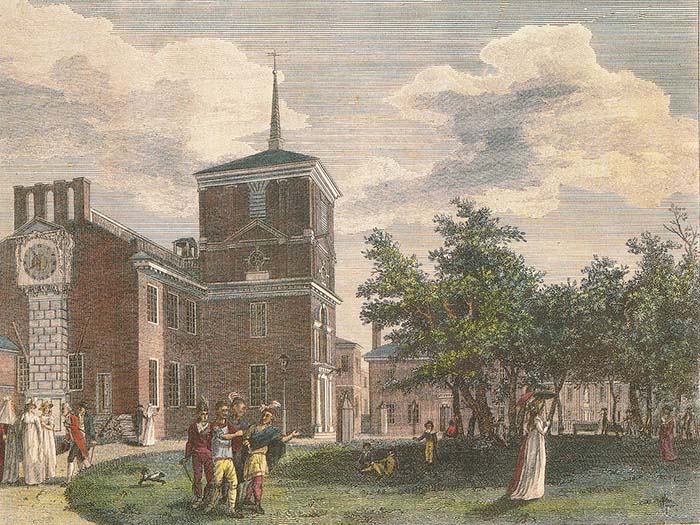 Independence Hall in Philadelphia circa 1799, meeting place of the first Congress of the Confederation

Following the War for Independence, Virginia and Pennsylvania gave up their claims to the Ohio Valley and the western territories beyond the Alleghenies. One of the great successes of the Confederation were the two great Land Ordinances passed in 1785 and 1787 which resulted in the eventual formation of six states. The Confederation government could make laws but had no way to enforce them with the states. They were dependent on the unanimous consent of the states themselves (a unanimity hard to come by) to make any changes to the document thought necessary.

Some of the issues that perplexed and damaged the confederacy included non-payment of war debts, quelling civil rebellions, protecting manufacturers and shippers, building a solid monetary system and getting the states to contribute taxes to the Congressional government. Some of the men who desired a stronger federal government from the beginning, known as “federalists”, agitated for reforming the confederacy. Eventually they persuaded enough leaders in the states to send delegations to a convention in Philadelphia to modify the Articles — to give them more teeth and coercive power with the states. In the end, they secretly scrapped the Articles altogether, and wrote the Constitution of the United States. 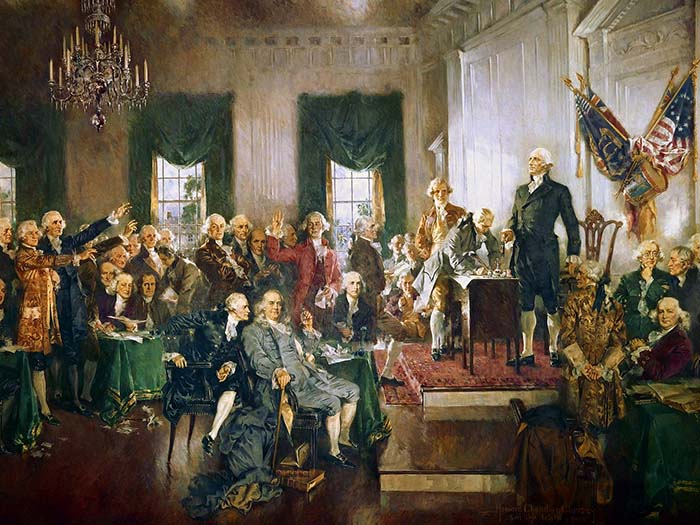 Signing of the Constitution of the United States, 1787

It would take seventy years for thirteen states, including four of the originals, to return to the less intrusive and de-centralized form of a Confederacy. That plan, for reasons, some similar and some different, did not work out in the end either.

Join us September 17-22 in Philadelphia as we visit Liberty Hall, the Liberty Bell and other iconic sites of Colonial America during our 2018 Cradle of Liberty Tour!