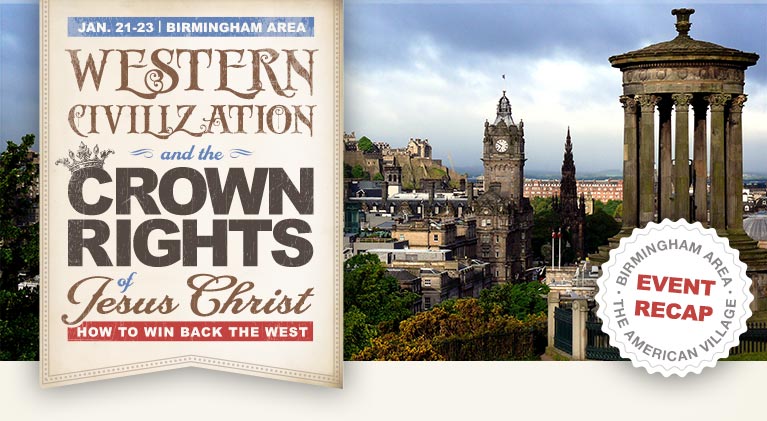 Western Civilization and the Crown Rights of Jesus Christ

In our day, rapidly becoming an era, evolutionary materialistic humanism has run rampant through all the institutions of our society: educational, political, ecclesiastical, even sports! Christians are told they are the real problem in the world and have been throughout history, exactly what the Lord himself said would be the accusations against his disciples from those who hate God. Keep your religion to yourself, it has no place in a public square guarded by pagans and barbarians. 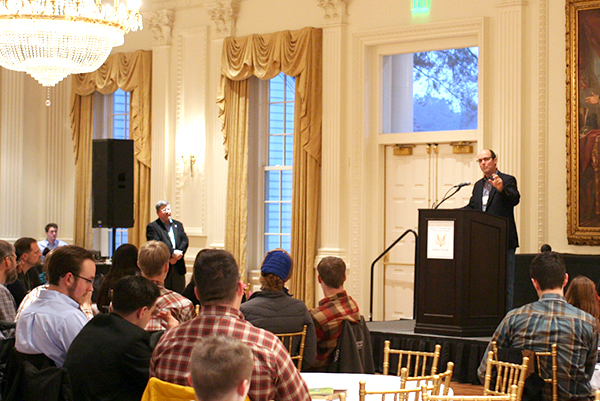 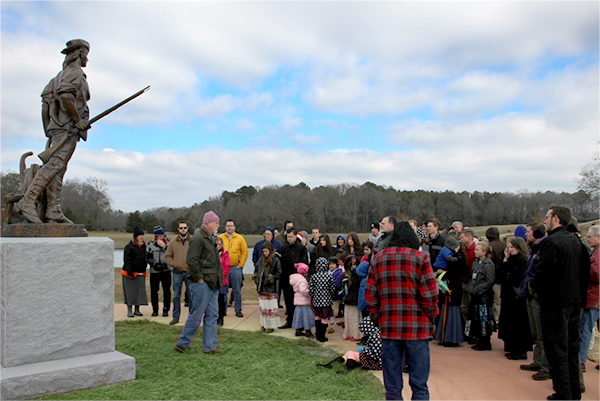 We who believe that Jesus Christ is the Creator God and King of the Universe, the predestining and ruling Lord of the Earth, and the one to whom all men are accountable for transgressing His law, are in a long historical line of heroes of the faith who built Christian civilizations that lasted, in some form, for thousands of years. Some of us gathered in Montevallo, Alabama to review our heritage, analyze the modern world, and encourage one another that God is still on His throne laughing at the pretensions of His enemies. The Conference speakers provided the context in which we ourselves can get off the mat and back in the fight for the Crown Rights of Christ.

Bill Potter began the conference with an analysis of the Puritan use of the idea of America being a “city set on a hill for the world to see.” While American presidents and others have used that biblical expression to justify projecting American power, and force “democracy” on other countries of the world, John Winthrop intended it to refer to the fact that the English Christian settlers were to be an example of loving one another and conforming to the Word of God. Puritan America was encouraged to pursue nothing less than the submission of all of society and culture under the dominion of Christ. 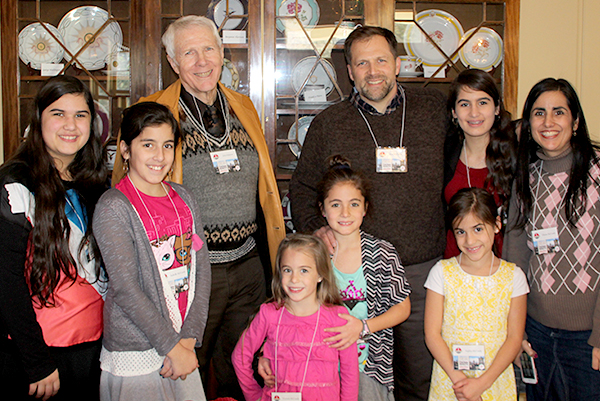 Col. Eidsmoe with a grateful family 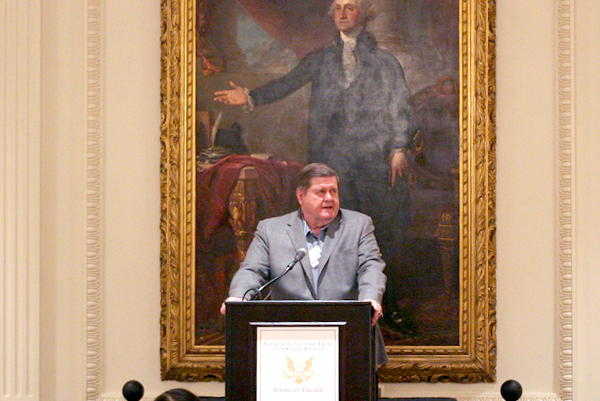 Dr. Morecraft presented three inter-connected lectures on the origins of Western Civilization, the forces that have undermined and are still seeking to destroy it, and finally, what God has revealed concerning the future the church and the world. The stroll down the memory lane of Christendom included St. Augustine, the growth of the Church in the Roman world, the Protestant Reformation, and the descendants of the Reformation Church, both faithful and unfaithful. The intellectual forces of counter-reformation, enlightenment, secular humanism, Marxism, and Darwinism eventually arrayed themselves against Christendom till we see today the results in our own nation’s denial of their past, and the state establishing itself as the god and lawgiver of the people. As an antidote to evangelical pessimism and defeatist attitudes, Pastor Morecraft preached a triumphal and encouraging message from Isaiah 2 on the final triumph of Christ over the nations when his kingdom will cover the earth “as the waters cover the sea.”

Colonel John Eidsmoe brought his encyclopedic knowledge of constitutional history and biblical understanding to evaluate some of the current depravities that have been unleashed upon America by a court system dominated by judicial activism and the unchecked powers of the Supreme Court. He cited current cases that could restore some of the powers granted by the Constitution to the states and answered questions from the audience regarding legal defenses, especially interposition. 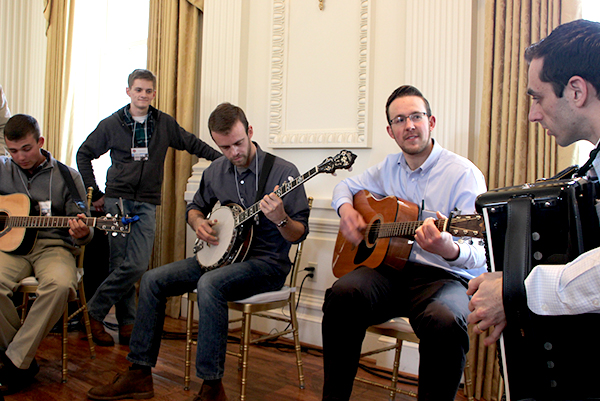 The glorious gift of music and song 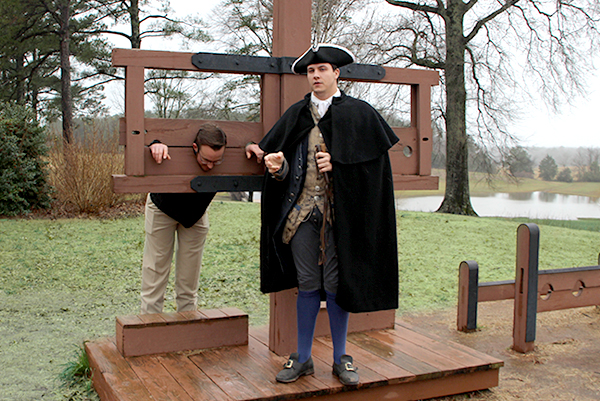 Two Christian filmmakers enlivened the conference with practical lessons on the power of film to communicate biblical principles and to expose the institutions and ideologies that are undermining both church and state. Colin Gunn has taken on the public school juggernaut and the socialistic takeover of the health care industry in his documentaries Indoctrination and Wait Till Its Free. He showed the techniques that work best to present a compelling argument either for or against particular propositions or policies. Curtis Bowers told the story of his stepping out in faith to make his first film and how God has blessed his efforts at exposing the insidious nature of the Marxist-Leninists ideology and the advocates’ patient, long-term march through the institutions of western society. In Agenda and Agenda II, the Bowers family have produced powerful historical exposes on the successes of the enemy’s agenda to destroy Western culture. Knowing our opponent and his plans should arm us to fight back and anticipate their next move. This information needs to be in the hands of every citizen, especially Christians.

Bill Potter brought further historical perspective and example through the life of George Washington and the suffering of the Scottish Covenanter saints. General Washington’s perseverance and devotion to duty and principle brought ultimate victory after many defeats. The providence of God speaks powerfully in the life of Washington for those who have ears to hear and eyes to see the actions of that singular man who brought about the independence of the Republic on the field of battle. The Covenanter battle cry was “For Christ’s Crown and Covenant” and “For King Jesus.” That commitment brought down the wrath of the tyrannical state in the person of the English tyrant. Some compromised to save their skin, others were willing to bear the persecution for Christ’s sake to the bitter end. A few took up arms to defend themselves and their families. When the state orders you to violate the law of God, “we ought to obey God rather than man.”