“Not by works of righteousness which we have done, but according to his mercy he saved us, by the washing of regeneration, and renewing of the Holy Ghost; Which he shed on us abundantly through Jesus Christ our Saviour.” —Titus 3:5,6

he “Second Great Spiritual Awakening” in American history occurred throughout the first half of the 19th Century. During that time, several prominent white-hot evangelists succeeded in introducing innovative measures, rejected by “revivalist preachers” of past years as unbiblical accretions to the true Gospel message. Heretical theology often accompanied the “altar call” and “anxious seat,” standard practice of evangelical evangelism in the United States. The most successful evangelist to combine the Gospel message with the innovations of emotional appeal and physical response arose to prominence in the 20th Century—the Reverend Billy Graham. He began his ministry as a pastor in 1939, four weeks after the beginning of the Second World War. 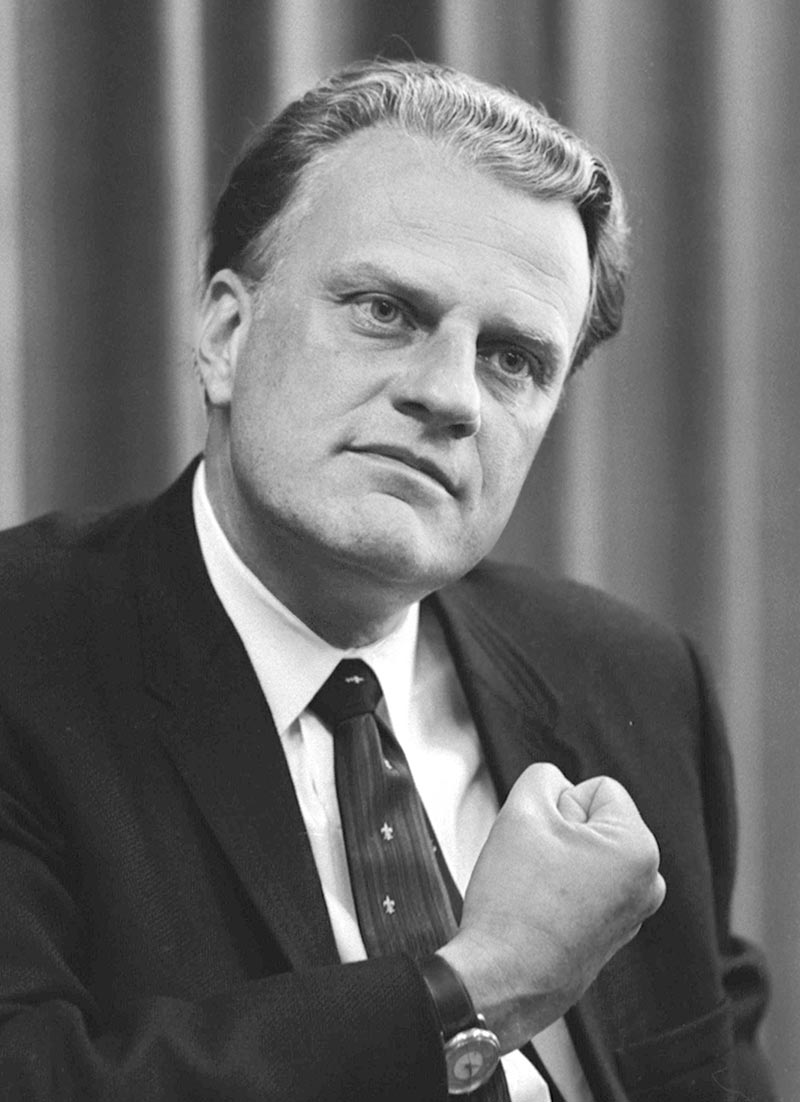 Graham was born in 1918 in North Carolina four days before the end of World War I to parents who descended from people of the huge Scots-Irish immigration into the Charlotte area before the War for Independence. Raised on a dairy farm and in the Associate Reformed Presbyterian Church, Graham dated his conversion to Christ at the age of sixteen, from an evangelistic meeting led by Mordecai Ham. He attended Bob Jones College and then Florida Bible Institute, where he practiced preaching outdoors alone. He graduated from Wheaton College in 1943 and married his wife, Ruth Bell, the daughter of a Presbyterian missionary in China. Their marriage lasted sixty-four years and produced five children. 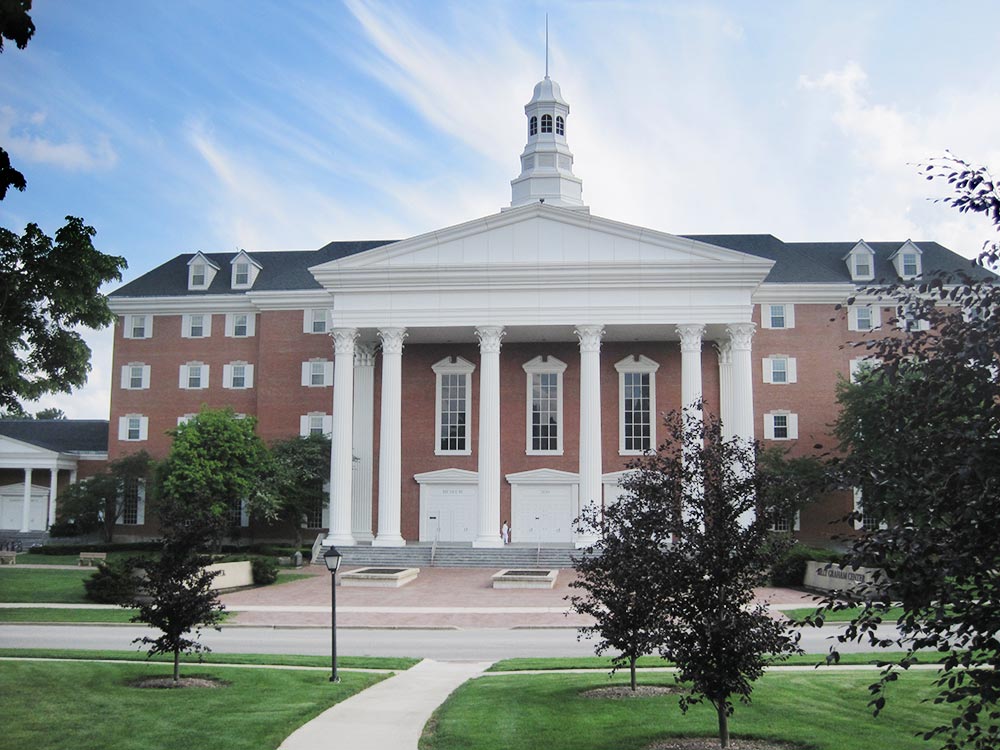 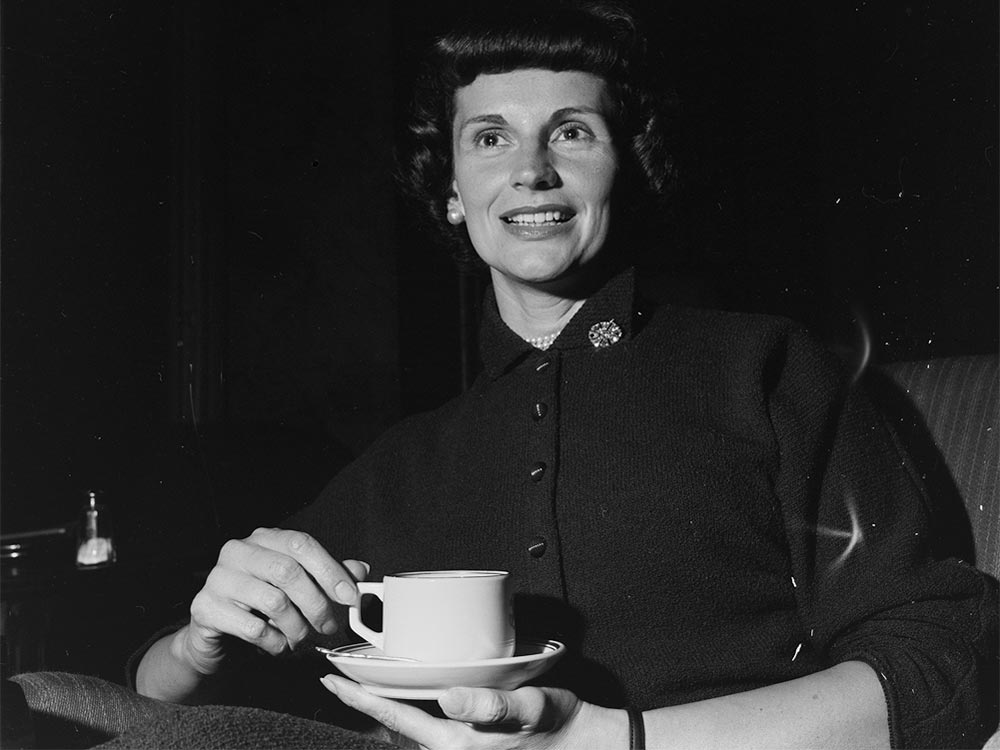 Ordained to the Gospel ministry by the Southern Baptists, Graham accepted a call to the Baptist Church in Western Springs, Illinois in 1939 but left in two years to run a radio ministry, little realizing it would be his only pastoral charge. In 1948 he led a small college in Minnesota as the youngest college president in the nation. Graham conducted a series of “revival meetings” in a circus tent in Los Angeles in 1949, which lasted eight weeks and received national media coverage from the Hearst publication empire. That event became the beginning of a phenomenal rise to fame and recognition as a Gospel preacher, the likes of which the world has never seen before or since. 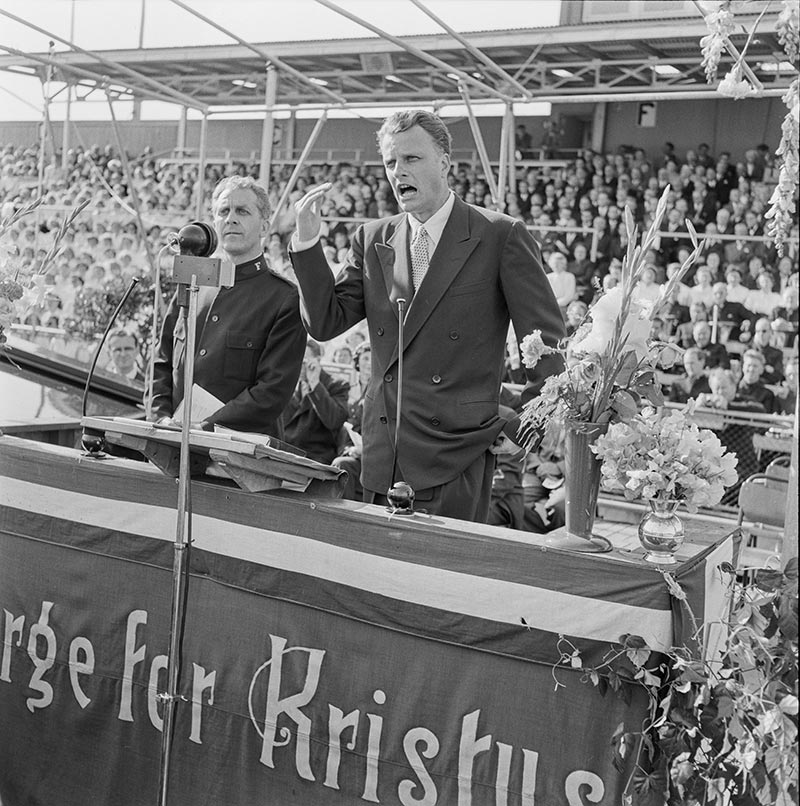 The centerpiece of the messages preached by Evangelist Billy Graham included the “new birth,” brought about by a simple faith in Christ which resulted in a “relationship with God,” and a life characterized by “love and peace.” He emphasized the infallible, God-breathed Word of God, as the basis of truth, but in later years discarded the idea of biblical inerrancy. He taught that God superintended the general outlines of history but left man with an uncaused free-will to do as he pleased, including “accepting Christ as your Savior.” By the time he had retired in 2005, he had preached to 215 million people in person in ninety-nine countries, and to perhaps two billion through live closed-circuit telecasts. His “crusades” drew crowds of 185,000 (Wembley Stadium in the UK in 1955) and 250,000 (Maracana Stadium in Rio de Janeiro in 1974). A five-day meeting in Seoul, Korea drew three million attendees.

Graham’s radio broadcast Hour of Decision, begun in 1950, became the most widely heard religious broadcast in the nation, streaming into twenty million homes every Sunday afternoon. His advice column, autobiography and thirty-one other books reached millions of people. He knew all twelve Presidents of the United States from Truman to Obama and had close personal relationships with LBJ, Nixon, Reagan and George H. W. Bush. 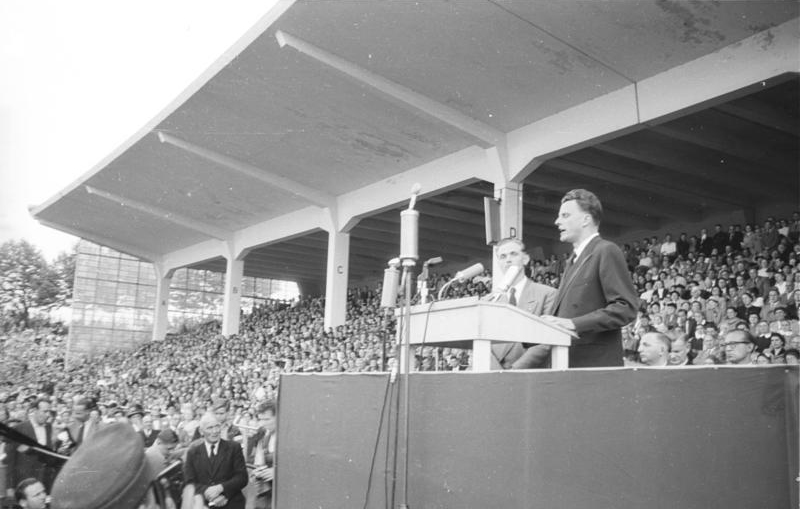 Graham’s tactics and beliefs brought criticism from both Conservatives and Liberals for different reasons. Christians of Reformed conviction disagreed with his “decisional regeneration” theology and its concomitant actions of “going forward” in meetings, as well as his Arminian views of Providence, dispensational eschatology, and disconnection from the local church. Fundamentalists opposed his bringing Roman Catholics to the stage with him and for joining with mainline pastors in ecumenical collaboration. Liberals rejected not only his theology, but his close ties to the Presidents, especially Richard Nixon. British pundit David Frost said that Graham was the “nearest thing that America has to an established church.”

Nonetheless, Billy Graham’s preaching reached multitudes who had never heard the Gospel, and multiple thousands of people claim that God changed their heart after hearing the evangelist’s messages. A statue of the preacher will soon be enshrined in the “crypt” at the Capitol Building in Washington, D.C. as North Carolina’s greatest hero. The Billy Graham Library is the number one tourist attraction in his home state. Flawed though he was, and as we all are, God used the farmer’s son with the dulcet southern accent and powerful zeal for the Gospel, to expand His kingdom and proclaim the Gospel of salvation on a scale not equaled by any other Christian in history. 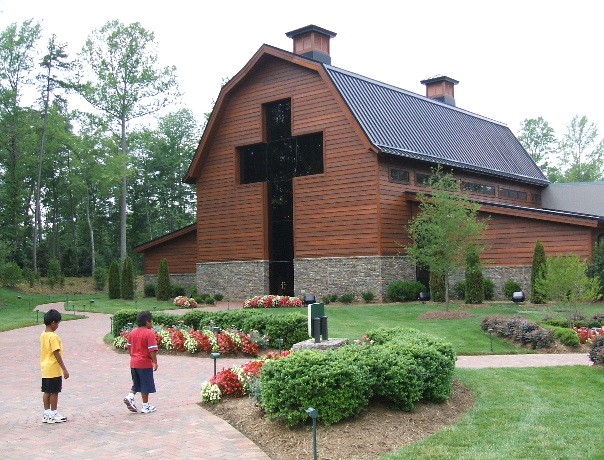 America’s Pastor: Billy Graham and the Shaping of a Nation, by Grant Wacker