“Through wisdom is an house builded; and by understanding it is established: For by wise counsel thou shalt make thy war: and in multitude of counsellors there is safety.” —Proverbs 24:3,6

y the first of February, 1861, seven southern states had seceded from the United States: South Carolina, Alabama, Mississippi, Georgia, Florida, Louisiana, and Texas. They formed a federal republic and declared themselves The Confederate States of America. They chose Montgomery, Alabama as their capital. Delegates arrived from each of those states to create a government, choose a president, adopt a Constitution, make plans for self-defense and develop strategies to acquire foreign recognition. They would need to design a national flag. The Congress quickly adopted a provisional constitution, almost solely composed by the brilliant Alexander Stephens of Georgia, so they could conduct business. They appointed a committee of twelve to write a permanent document to govern the new Confederacy. 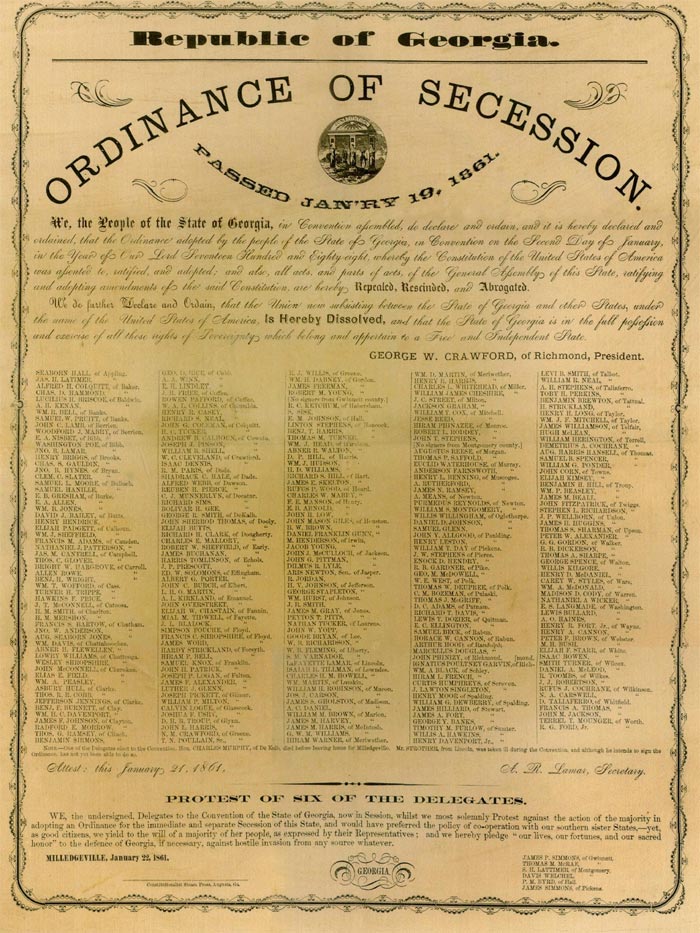 Ordinance of Secession signed by 293 delegates to the Georgia Secession Convention, January 21, 1861 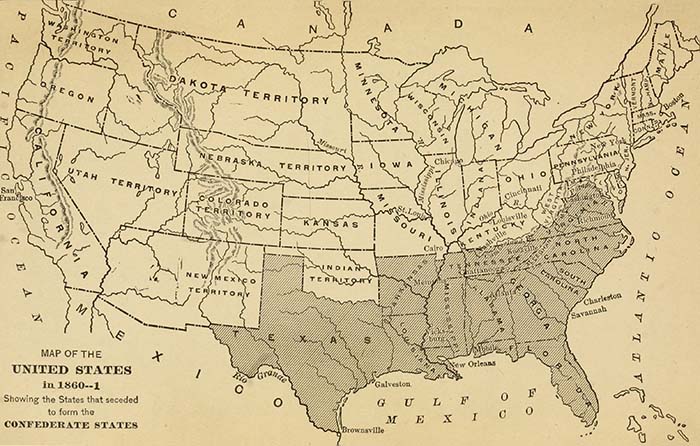 The dozen framers were able men — all but three were college graduates, nine were lawyers, all had served in the U.S. Congress or in state legislatures and four had judicial experience. They all admired the United States Constitution and merely tried to reword it as to make the original intent of the Founding Fathers explicit. They saw the old Constitution as a fixed and literal fact, but it had fallen into the hands of men “who increasingly shaded and changed its meaning through ‘interpretations.’” They wanted there to be no doubt, dissatisfaction, or revision of meaning. From February 11 to 28 the Committee argued and debated the wording of the new Constitution. Differences of opinion on all sorts of issues were hashed out night after night. The more radical secessionists like Robert Barnwell Rhett of South Carolina, found that his colleagues were more conservative men, and like the original constitutional authors, turned to more moderate and careful leaders for wisdom. 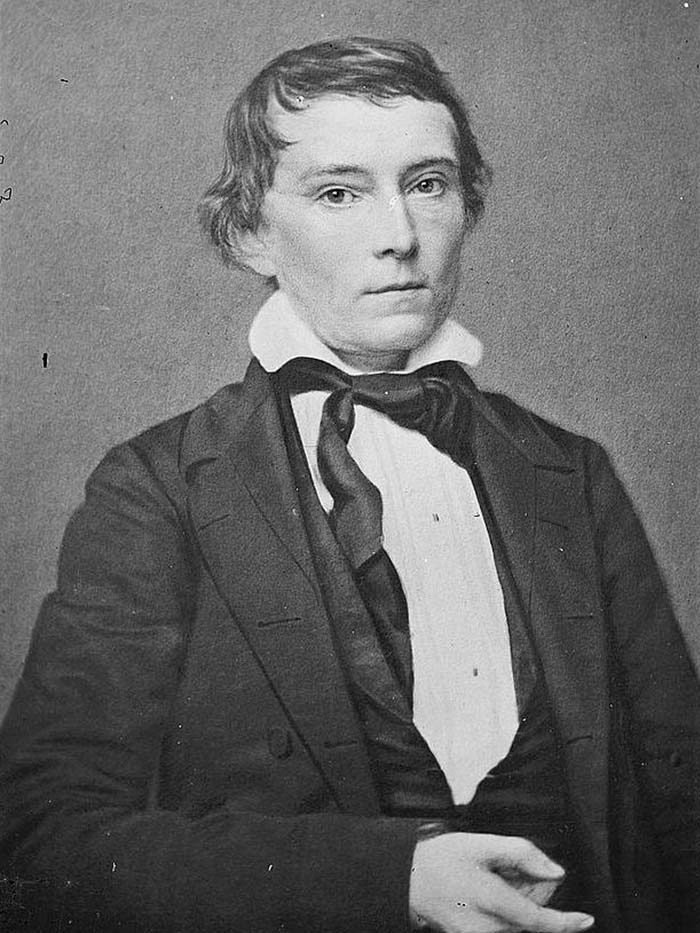 Congress vigorously debated the proposed Constitution, more than half of which occurred over the First Article, on the powers of Congress. The various minority factions — the strong state-rights element and “hard-line, ultra-slavery people,” and the group dedicated to keeping the presidency as weak as possible, all compromised enough to adopt the Constitution, leaving some matters for future generations to amend. With its adoption, Howell Cobb of Georgia wrote to U.S. President Buchanan, “Providence has smiled on us.” 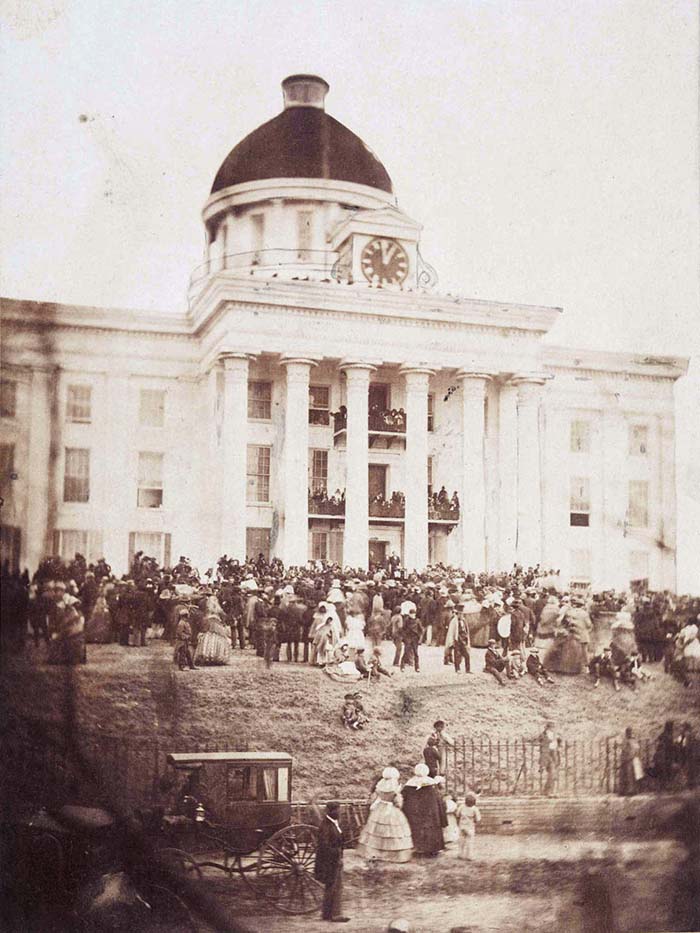 The Congress inserted in the Preamble to the new Constitution, making it different from the original, and asserting that the new nation was explicitly Christian, “invoking the favor and guidance of Almighty God.” Some of the major adjustments included giving the President a line-item veto, a presidential term was increased to six years, but he could not succeed himself, the slave trade was abolished, the “General Welfare” clause was dropped, and Congress was prohibited from protecting American industry by tariff increases or using federal money for “internal improvements.” No Supreme Court was ever set up, but the state supreme courts ruled on the Confederate Constitution regularly, always upholding Congressional power regarding the conduct of the war. On all other issues, they followed the precedents of the U.S. Supreme Court. Regarding slavery, the Confederate Constitution overtly (as opposed to euphemistically, as in the United States document) protected slavery in all the Confederate States and strengthened the “fugitive slave” laws. 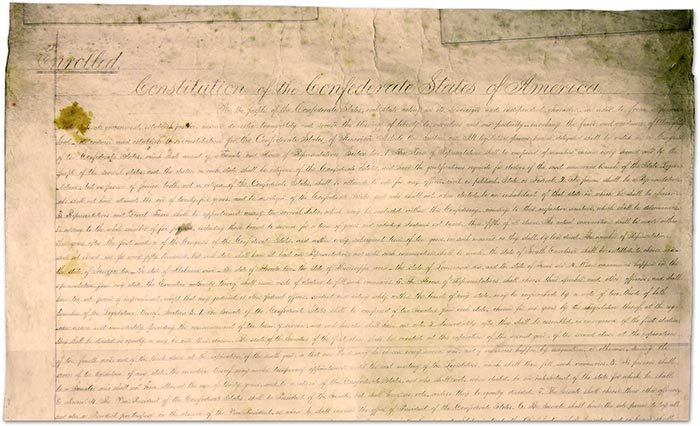 The Constitution of the Confederacy

The Confederate Constitution addressed the redefinition of meanings of words and applications in law that have become standard practice in our own times. The founders of the CSA distrusted a tyrannical Chief Executive and thus hemmed in his powers more fully than the old Constitution. They protected their section from majoritarian taxing powers that had already plagued the South then, and are unrestrained in our modern age.