he Lexington Green stands silent today, surrounded by stately homes, a church, visitors’ center and Buckman tavern. At the entrance to the green, facing traffic, stands the minuteman statue, an armed man in the clothes of a farmer or townsman, grim, holding a rifle like it is a tool he normally carries to work. A marker in the center of the commons lists the names of the men who gathered to defend their homes, including the names of those who died in battle on that ground. Just up the street on a hill overlooking the town stands the reconstructed tower whose bell summoned the men to arms. While many New England villages still have a commons and a similar look to Lexington — they did not hear the “shot heard round the world.” 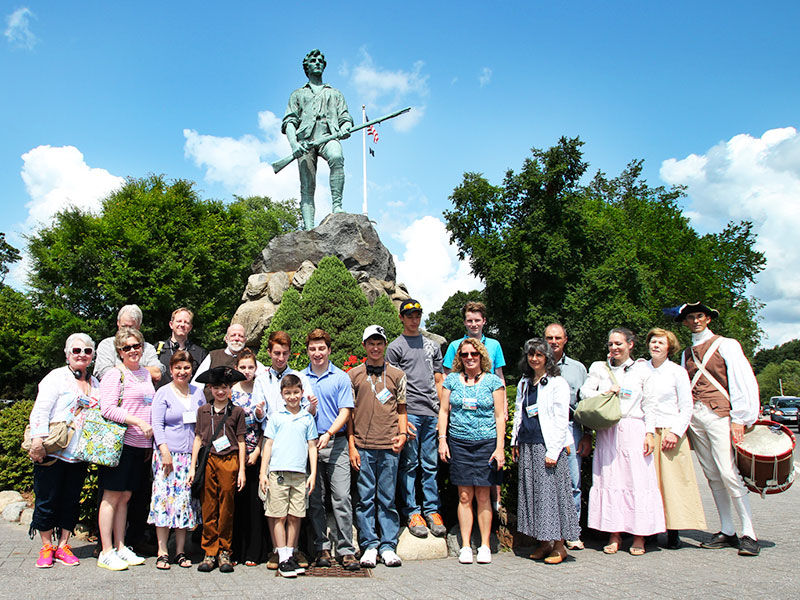 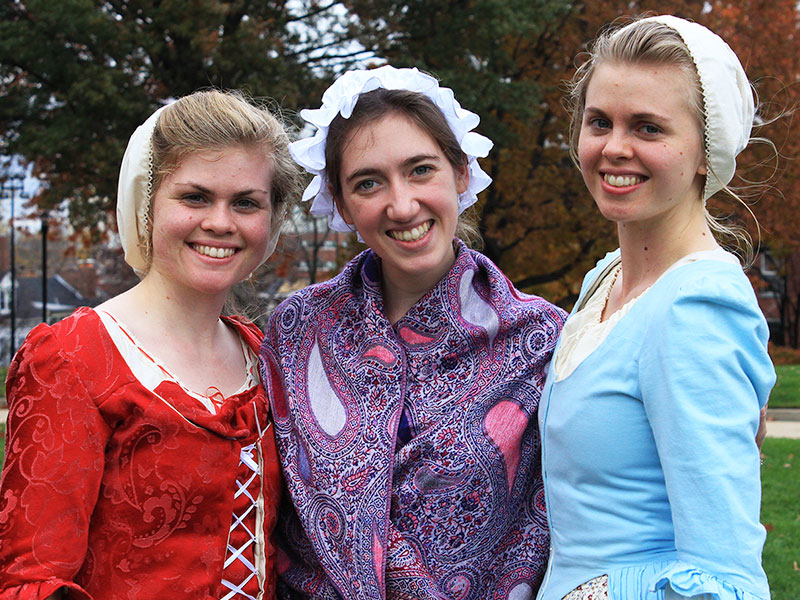 Getting into the Spirit of the 1770s

Boston had been a hotbed of discontent ever since the British chose that city to host the Post-French and Indian War garrison, sent to “protect” the colonists and administer the new land gained from France. Along with the soldiers came new taxes, created by Parliament, restrictions on migration westward, issuance of general search warrants, and enforcement of the long dormant Navigation Acts. Violations of the Colonial Charter, subversion of rights that dated from the Magna Carta, and the normal contentions created by the red-coated English teenagers loosed in Boston, spawned the creation of a resistance movement that took several forms. Committees of Correspondence and Sons of Liberty operated clandestinely to keep other colonies informed, debated the issues in taverns, raised liberty poles, and wrote tracts and broadsides opposing British actions. The people were encouraged to boycott imported goods and evade taxes, and protests sometimes turned into riots, intimidation, and violence at one time or another from 1763-1775. 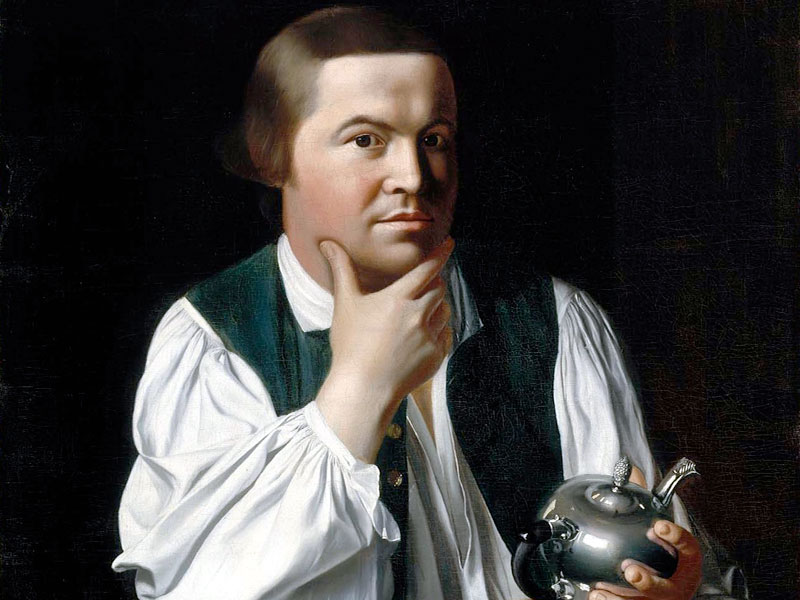 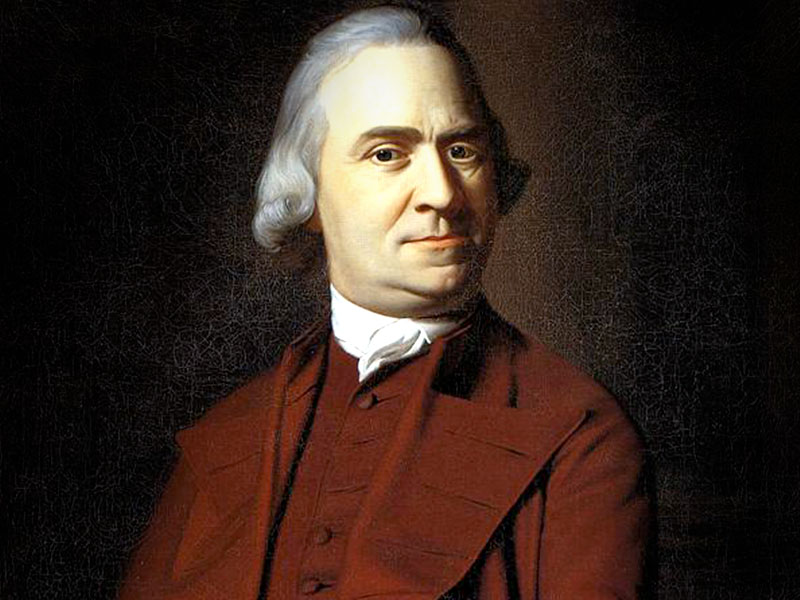 Leadership of the resistance included men like James Otis, Samuel Adams, John Hancock, Paul Revere, Joseph Warren and others. The two “most wanted” by the British authorities were Adams and Hancock, both of whom had left Boston for the countryside and had a price on their head. In April, 1775, General Howe decided to track them down, rumored to be at Lexington, and to capture gunpowder stored in the town of Concord.

About 700 of the 3,000-man British Garrison left Boston for Lexington in the early morning hours of April 19. The task force contained companies from every infantry regiment plus Marines. The countryside was brought to “alarm” by riders from Boston, especially Paul Revere and William Dawes, and the two Patriot leaders in Lexington left before the Redcoats arrived. The local militia did not leave. They assembled on the Commons to await events. 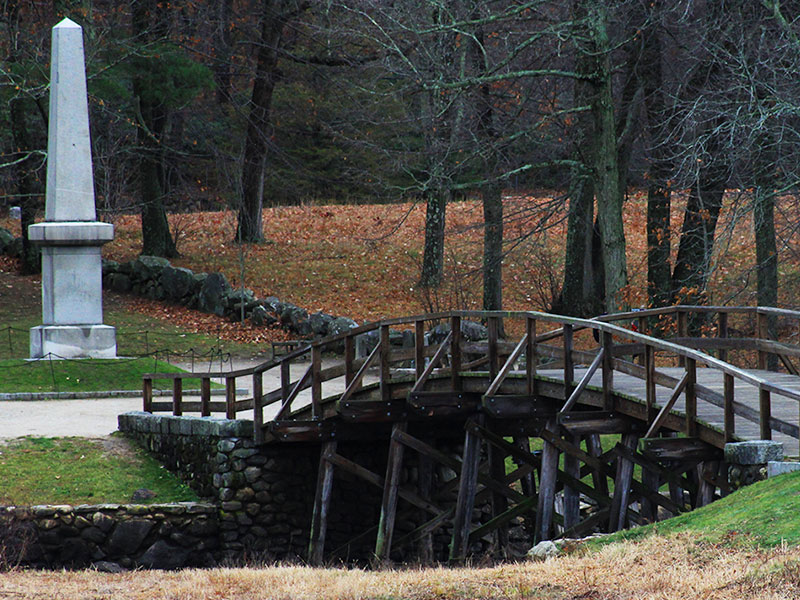 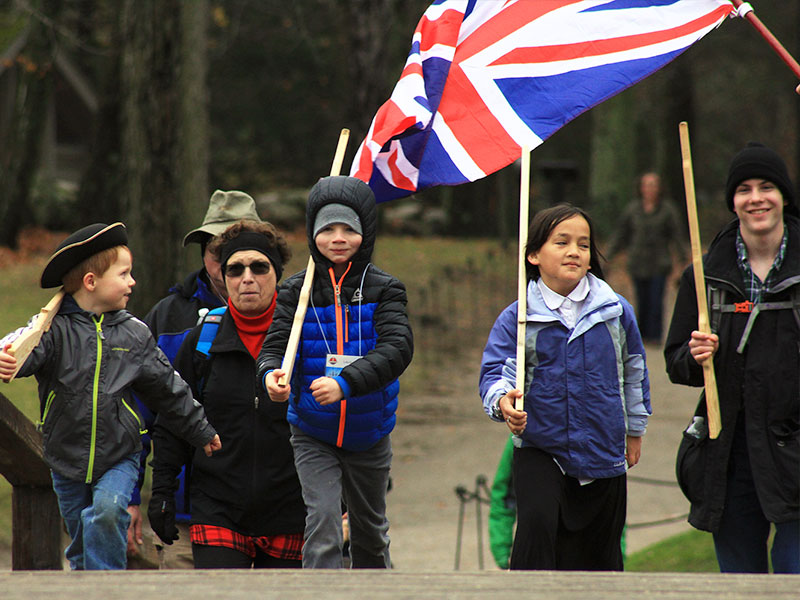 The British Advance Across the Bridge

Six light infantry companies under Major Pitcairn arrived in Lexington in the early morning to find about eighty militia drawn up to oppose them, led by Captain John Parker. When ordered to disperse, some of the Americans left, most remained. It was later alleged by a participant that Parker said “Stand your ground, don’t fire unless fired upon, if they mean to have a war, let it begin here.” To this day, no one knows who fired the first shot of the War for Independence — “the shot heard round the world” — but someone did fire a shot. The resulting skirmish killed a few of the defenders; none of the invaders were struck. Later in the day another battle began at Concord and before the sun set, almost 300 British soldiers were casualties and about a hundred Americans. There was no turning back from war now.

Landmark Events visits Lexington Green and Concord Bridge as part of our Plymouth/Boston Thanksgiving with the Pilgrims Tour November 13-17. We don’t just stand there, but charge and countercharge in our own little reenactment, and we remember the men and boys who stood their ground, and the wives and mothers who buried their men and supported those who still fought on for their liberty for the next eight years. Join us this November.