“For affliction does not come from the dust, nor does trouble spring from the ground; yet man is born to trouble, as the sparks fly upward.” —Job 5:6,7

ntil Henry VIII, England was virtually powerless in most of Ireland. By the end of his reign, the Tudor King and his successors would possess undisputed rule of the whole island. And so it would remain, though disputed from time to time, often violently, until 1922. After Henry though, the “viceroy” would be English. After the fall of the Fitzgeralds in 1541, the Irish Parliament declared Henry VIII the King of all Ireland. 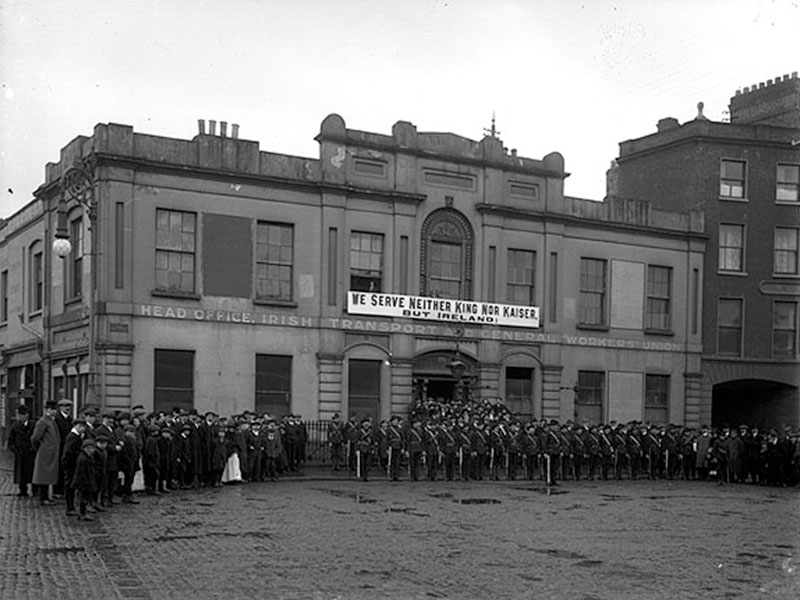 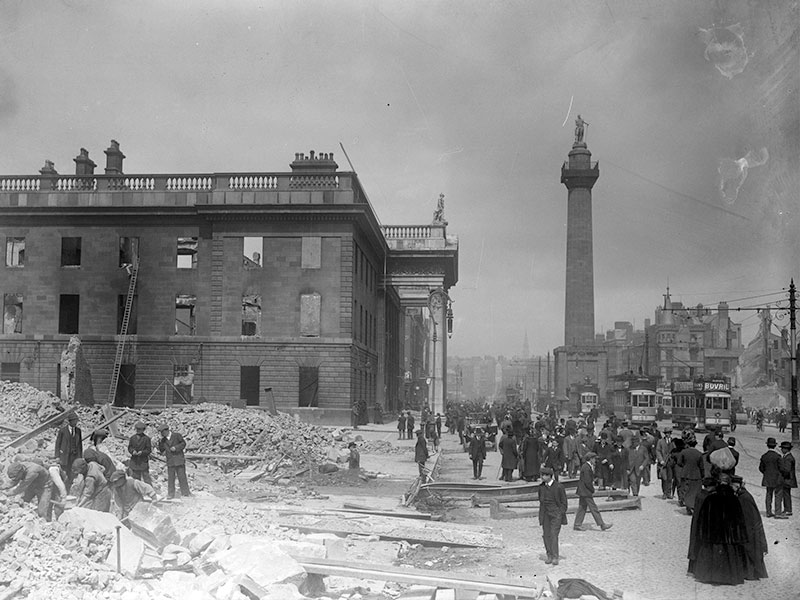 Dublin in the aftermath of the
Easter Rising, 1916

Resistance by the Catholic lords of Ireland continued over the next forty years, however, and suffered final defeat with O’Niell’s submission in 1603. The 17th Century would be a witch’s brew of complexity and rival interests, as well as more warfare; the Irish, the old English, the new English, the royalists, the parliamentarians, and the Scots would all vie for survival or power, depending on the circumstances in England at the time. The Restoration of Charles II did not settle the disagreements, for he tried to please everyone and pleased no one. William III smashed the Catholic rebellion at the Battle of the Boyne.

This unquiet history continued till the 20th Century, always with secret Roman Catholic factions and discontented people, some of whom fought a guerrilla war with the English as opportunity afforded. Some of the men who longed for independence from Britain never gave up hope of a peaceful, parliamentary solution. Others believed they must seize independence by force of arms. With Britain embroiled in the First World War, the Irish Republican Brotherhood decided to make a violent bid to throw off English rule. 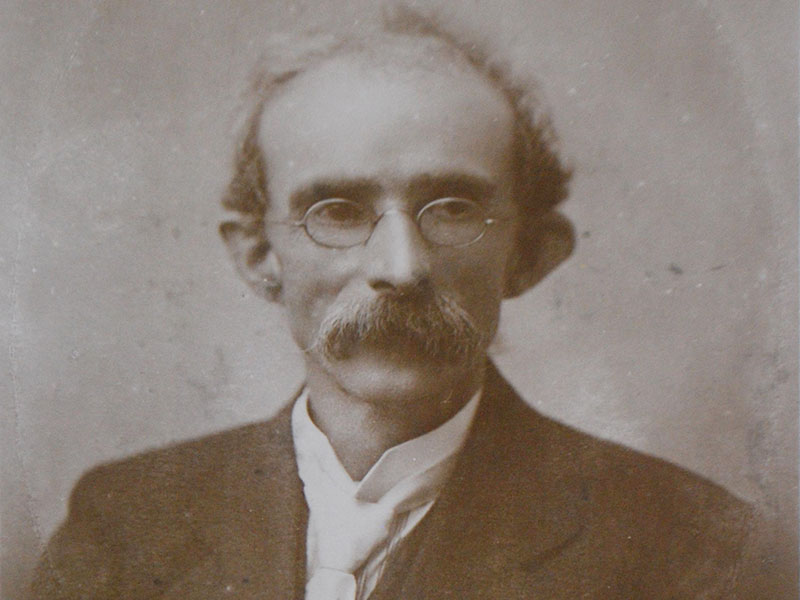 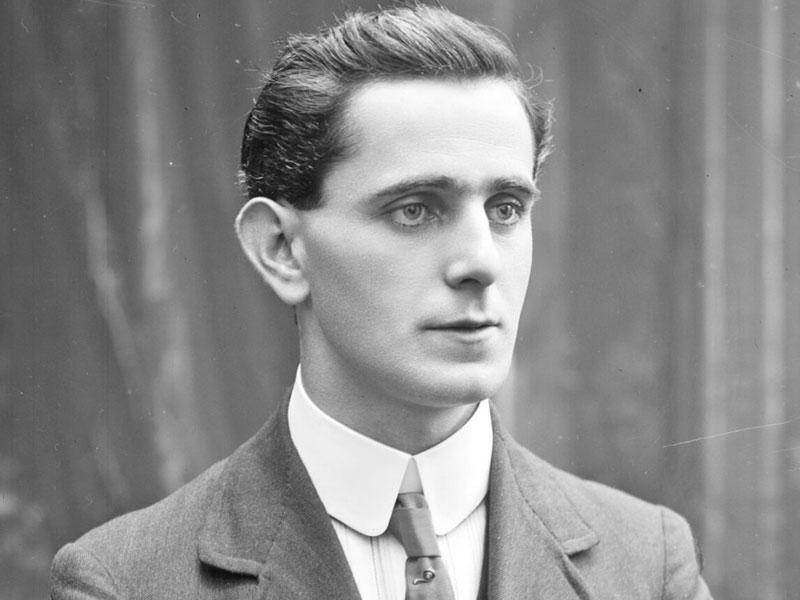 Legislation promoting self-rule for Ireland had been proposed in Parliament on a number of occasions in the previous thirty years but for one reason or another had been defeated or shelved, the latest as a result of going to war in 1914. The independence movement in Ireland was plagued with the same historic problems that had thwarted such attempts through the centuries: factionalism, private rivalry, sympathy for the union, apathy, and, ultimately, the failure to agree on timing, tactics and leadership.

A headquarters staff was chosen with Tom Clarke and Sean MacDermott in charge of planning. Roger Casement met with the German ambassador to the United States and even travelled to Germany to try and cement an alliance. The Germans promised arms and ammunition. The director of military organization Patrick Pearse called for a secret mobilization during the funeral of an old Fenian leader from America. The Irish Volunteers were called out for parades and maneuvers on Easter Sunday, 1916. A German arms shipment of 20,000 rifles and ammunition sailed for County Kerry. 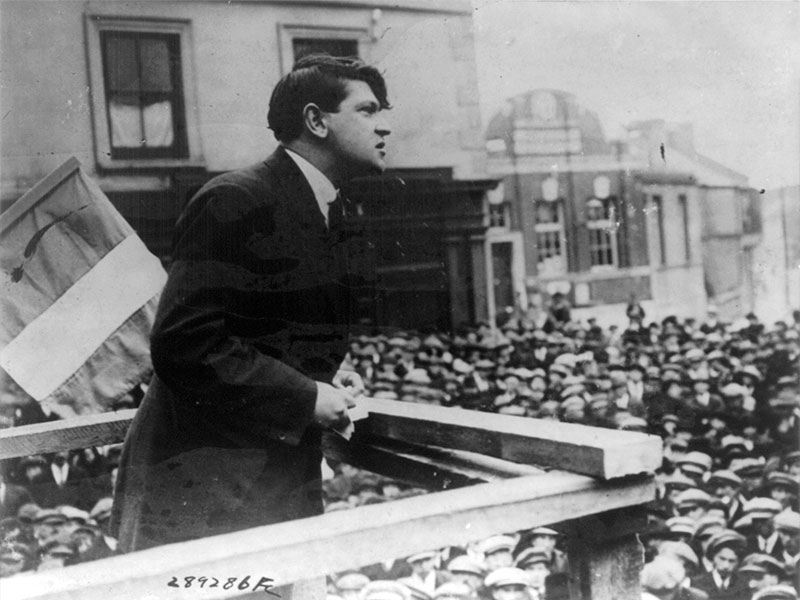 Michael Collins (1890-1922) present during the Easter Rising, later became a leading figure in the struggle for Irish independence 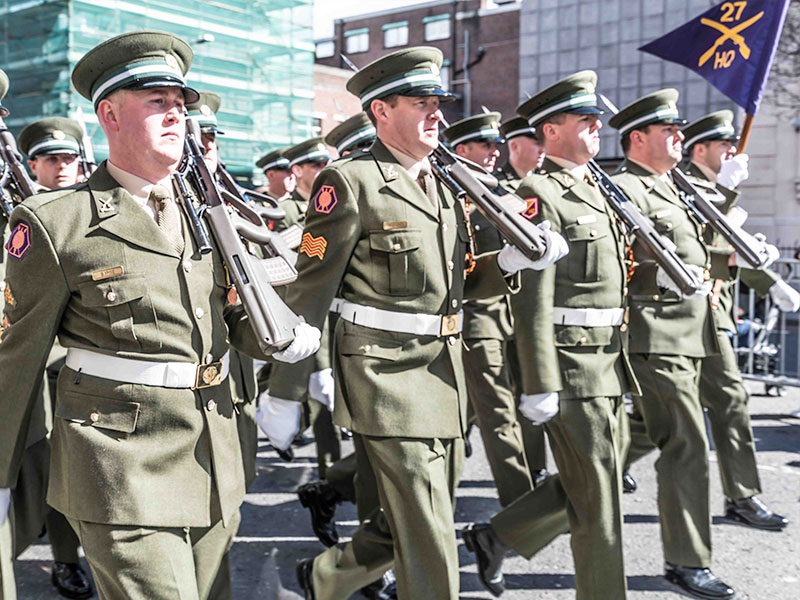 Members of the Irish Army march past in the Easter Rising Centenary Parade, 2016

The Royal Navy, having been tipped off about the shipment waylaid the boat, which was promptly scuttled by the captain, and the crew captured. The Lord Lieutenant of Ireland in Dublin — the nerve center of British control of Ireland — was put on alert, but before measures could be taken for defense, the rising began on Easter Monday. Twelve hundred armed Irish volunteers assembled in Dublin and began sealing off streets and seizing strategic locations near the town center. Soldiers and police were gunned down when they tried to respond, and the city of Dublin became a war zone. The rebels failed to capture the castle or the ports, probably for lack of men, but held the post office as headquarters till it caught fire from canon shells and burned down, leaving only the façade. The fighting was street-to-street and house-to-house. Smaller risings across Ireland were also attempted but with very little success. British reinforcements overwhelmed the rebels and a truce was struck six days after the fighting began.

About 485 people died in the rising, more than half of them civilians. About 2,600 were wounded. The reprisals were deadly. Secret trials condemned ninety to death, the British authorities carried out fifteen executions, including most of the leaders of the Irish Brotherhood, and several others, without previous judicial warrant. The executions engendered much sympathy from Ireland, Britain and America. Irish independence organizations resorted to arms again in 1921, with many more casualties and horrors visited on Ireland by both sides. Britain created the Irish Free State in 1922. For all practical purposes, Henry VIII and his successors were history, at least in the counties below Ulster. 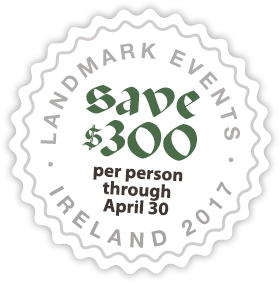 Our Ireland Tour in June includes the General Post Office, Kilmainham Gaol, and many other sites of the Easter Rising. We will explain the religious differences that undergird much of the disagreement and mayhem of history and seek to evaluate the past with Christian eyes.

Learn More and Register for Ireland 2017