“When you go out to war against your enemies, and see horses and chariots and an army larger than your own, you shall not be afraid of them, for the LORD your God is with you.” —Deuteronomy 20:1

he Breed’s Hill battlefield memorial today covers about four acres and is surrounded by upscale four-story apartments and condos, the building of which were part of the fund-raising efforts to finance the construction of the monument. The hill is crowned by a commemorative obelisk 221 feet high, with 294 steps to the top, and is designated a “national monument,” under the management of the National Park Service. It was completed in 1843 and renovated in 2007. In 1775, when American troops occupied the heights, they initially invested Bunker Hill, but realized Breed’s Hill could be better defended so they moved there. The name confusion has persisted to this day. But there is no confusion over what happened there. 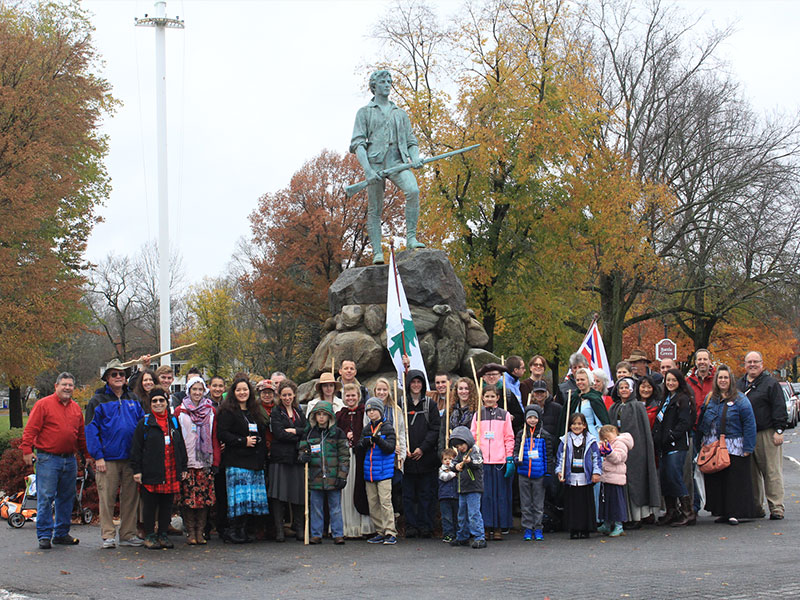 In April of 1775, the War for American Independence began at Lexington and Concord, not far from Boston. Few people realized at that time that the revolt in Massachusetts would spread to all thirteen colonies, independence would be declared more than a year later, and an eight-year war commence. The battle of Bunker Hill would prove to be the decisive point of no return.

Following the April battles between the provincial farmers and townsmen, at their peak about 15,000 men occupied positions around the city to keep their enemies hemmed in. The English garrison of about 6,000 under General Thomas Gage planned to drive off the upstart American army as soon as reinforcements arrived. The Charlestown peninsula jutted out into the Mystic and Charles Rivers just a thousand yards from Boston proper, a dangerous strategic point that both sides prepared to seize. On June 16 Colonel William Prescott led 1,500 men across Charlestown neck, around Bunker Hill to fortify the 62-foot-high Breed’s Hill, just above the town. 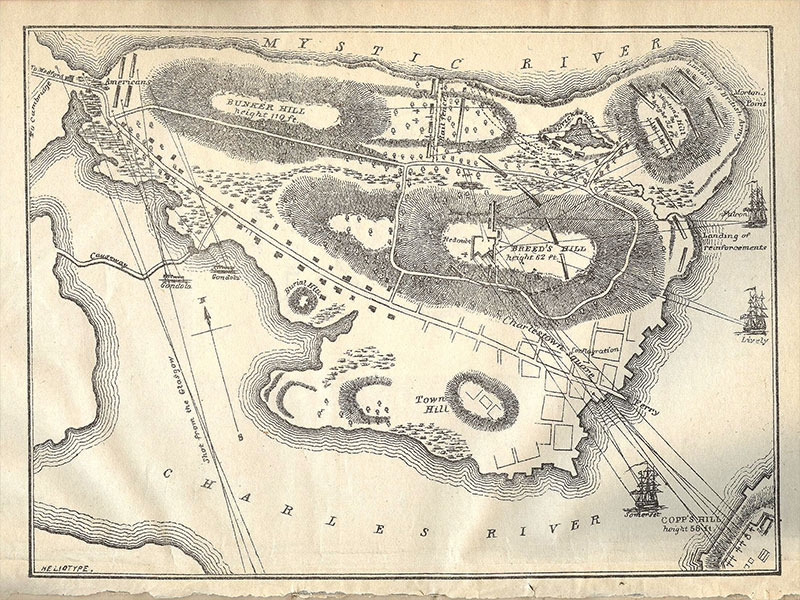 Map of Charlestown peninsula flanked by the Mystic and Charles Rivers

Prescott’s men constructed a redoubt six feet high with a wooden firing step, and then flanking entrenchments down the sides of the hill for resisting flanking attacks. The British fleet tried to stop the work with artillery fire, to no avail. British Generals Howe and Pigot determined to lead their men across the river to the plains above the town and attack the fortifications. Both sides called for reinforcements when they saw the size of the opposing forces and no action took place till Prescott was augmented by men from Connecticut and New Hampshire as well as the great patriot leader Joseph Warren. With the addition of the 47th Foot (later known as the Lancashires) and the 1st Marines, the Redcoats formed for the assault.

The attacks began at 3 p.m. and the first two British attacks were halted with heavy losses. A number of men in the American lines were confused and milling about, most were fighting for their lives. The third British attack carried the works and the fighting became hand-to-hand with the redcoats having the advantage with their expertise with the bayonet. General Warren was killed on the American side and Major Pitcairn, who had begun the war at Lexington, fell on the British side. The Americans fell back in a relatively orderly fashion, having inflicted more than a thousand casualties on one of the best armies on the planet, the most that England would suffer in one battle in the war. 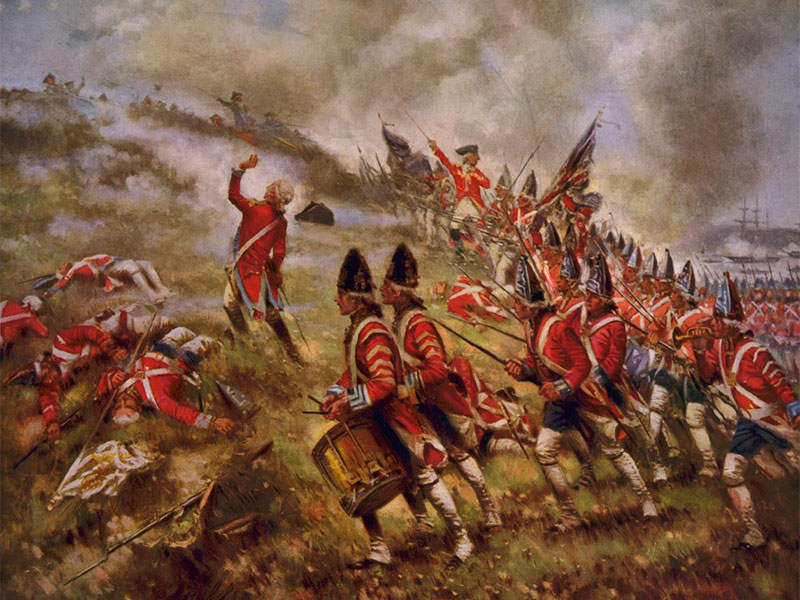 The Battle of Bunker Hill, by Percy Moran

The battle would prove to be a propaganda bonanza for the American cause and a stern warning to the King that the rude American rustics would stand against a professional army when well led.

You can visit the battle site and see the marvelous diorama at the visitor’s center, as well as hear historian Bill Potter deliver a detailed narrative of the battle on the very spot where it happened, during our Boston History Tour in November. 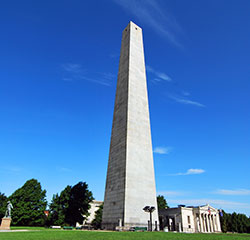