“The Earth is the Lord’s and all it contains, the world and those that dwell in it, for he has founded it upon the seas and established it upon the rivers.” —Psalm 24:1-2

ntil the year 1869, no (known) human being had ever successfully descended the Colorado River through the Grand Canyon, or mapped its course. A few natives lived at various spots at the base of the canyon, planting a few rudimentary crops and living isolated lives along the treacherous river, but to the United States government, the canyon was a blank space on the map. A 5’6”, one-armed Union Civil War veteran assembled a group of mountain men, adventurers, and social misfits to shoot the unknown rapids, climb the cliffs, and map the Grand Canyon, a feat so daring that, had Las Vegas odds makers existed, they would have given the expedition virtually no chance of survival, much less success. John Wesley Powell beat the odds. 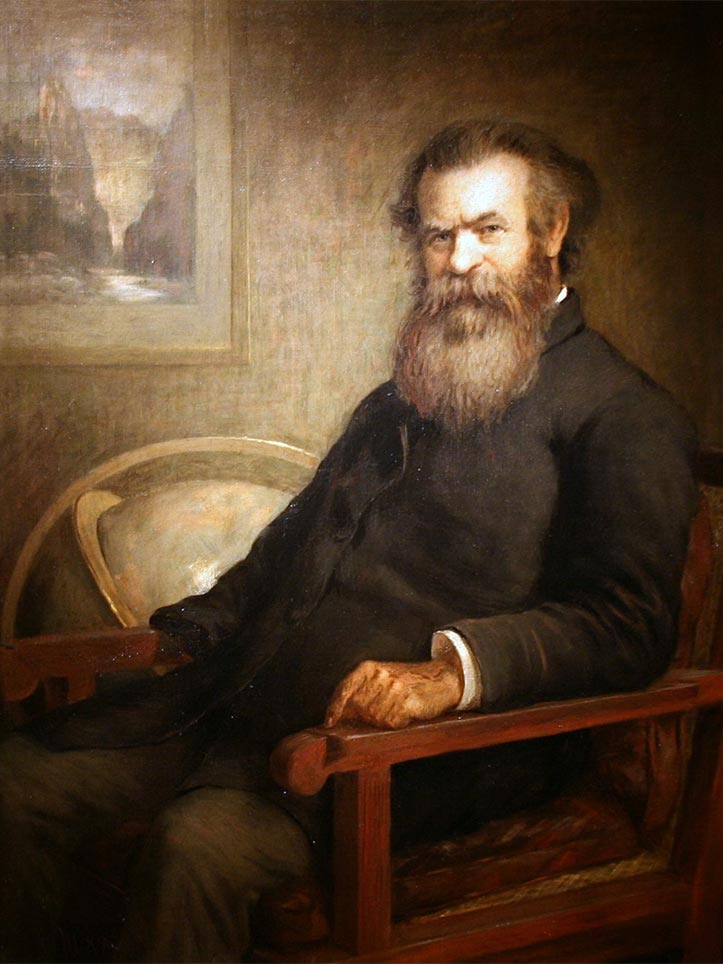 Born to an itinerant Methodist preacher in New York, Powell grew up in Wisconsin and Illinois. A young man full of wanderlust, he walked across Wisconsin, rowed the Mississippi from Minnesota to the sea, and the Ohio River from Pittsburgh to the Mississippi. By the age of twenty-five he was a member of the Illinois Naturalist Society. He studied at Illinois College (later called Wheaton) and at Oberlin. He came away an ardent abolitionist, but not a graduate. Although he lost his right arm as an Illinois artillery officer at the Battle of Shiloh, the tough naturalist continued to fight on through the war in a number of big battles, ending the war as a brevet Lieutenant Colonel, though he always thereafter went by “Major.” 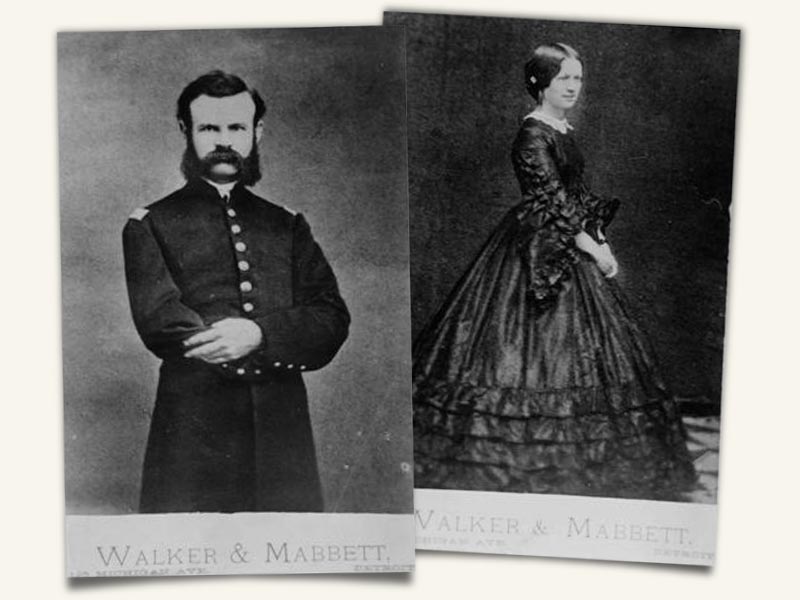 Portraits of John Wesley Powell and his wife, Emma, in Detroit

While a professor of geology at Illinois State, and an enthusiastic promoter of Darwinian evolution, Powell gathered a diverse group of adventurers to join him in an attempt to survey the Grand Canyon in 1869. They set out on May 24 from Green River, Wyoming for what became an astoundingly arduous descent of the river on four small wooden boats, hauled there from New York on the transcontinental railroad. They traversed 930 miles of river over a three-month period. 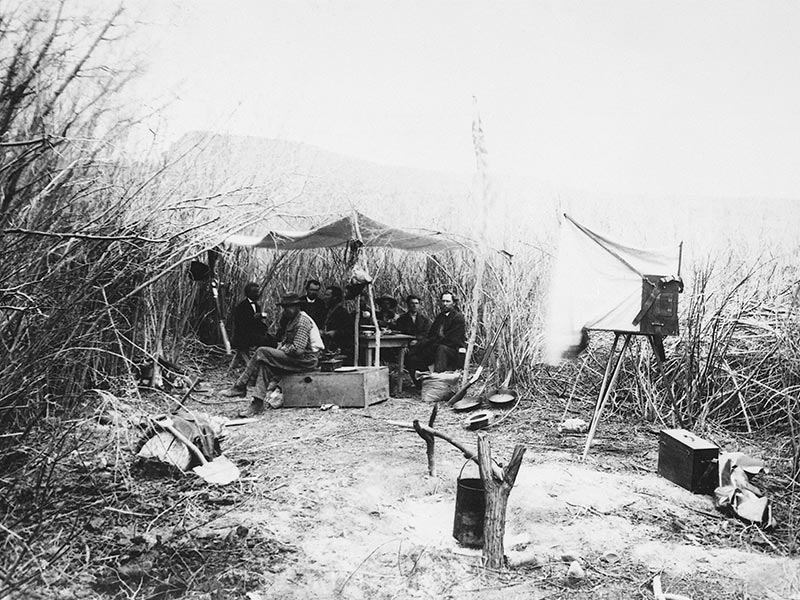 First camp of the expedition, in the willows — Green River, Wyoming

Among the hardships encountered were rapids (which they named, and which retain their monikers to this day) which shattered their boats, hunger when no deer or sheep could be shot, accidents and sickness. They lost all their instruments and charts in the raging torrents. Although they began with eleven men, one left after a few weeks, three tried to walk out through the desert wastes, just days before the unforeseen end of the trip, and died — allegedly murdered by Mormons or Indians, or perhaps just dying of thirst in the desert. 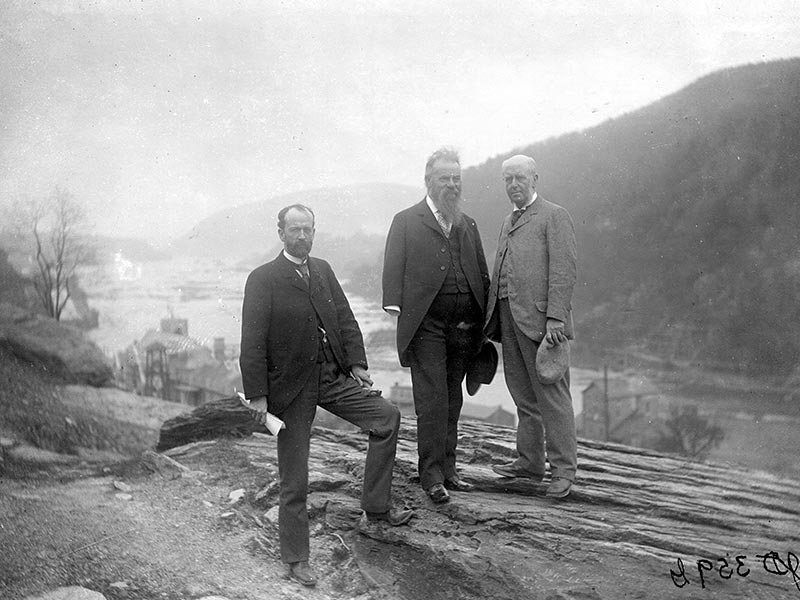 In the end, the voyagers made it through the last canyon, almost miraculously, and announced to the world their feat of endurance and perseverance. Other adventurers tried to emulate the trip and died in the attempt. Powell led a second expedition which covered some of the area of the first, and successfully mapped a good portion of the river and canyon. He ended his days as the curator of the Bureau of Ethnology at the Smithsonian Institute in Washington, D.C. Powell based all his studies and reports on evolutionary theory, and most of his conclusions regarding native Americans and the geology of the canyon are worthless. Nonetheless, the heroism of the men of the expedition and, ultimately, his leadership, captured the imagination of the whole nation and reinforced the drive toward conquering all of North America and beyond. 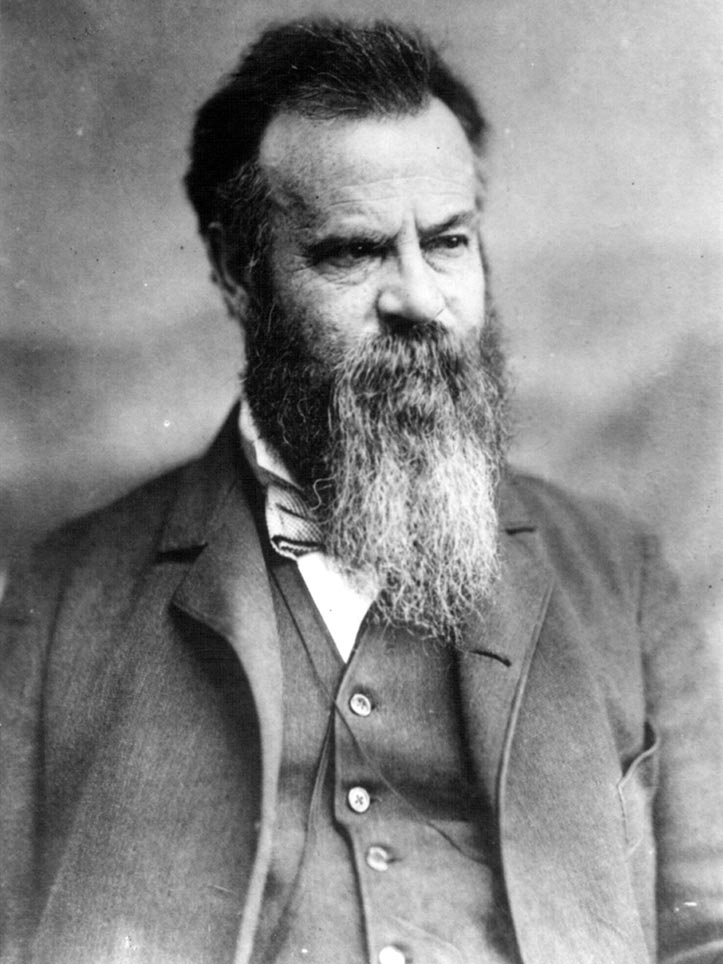 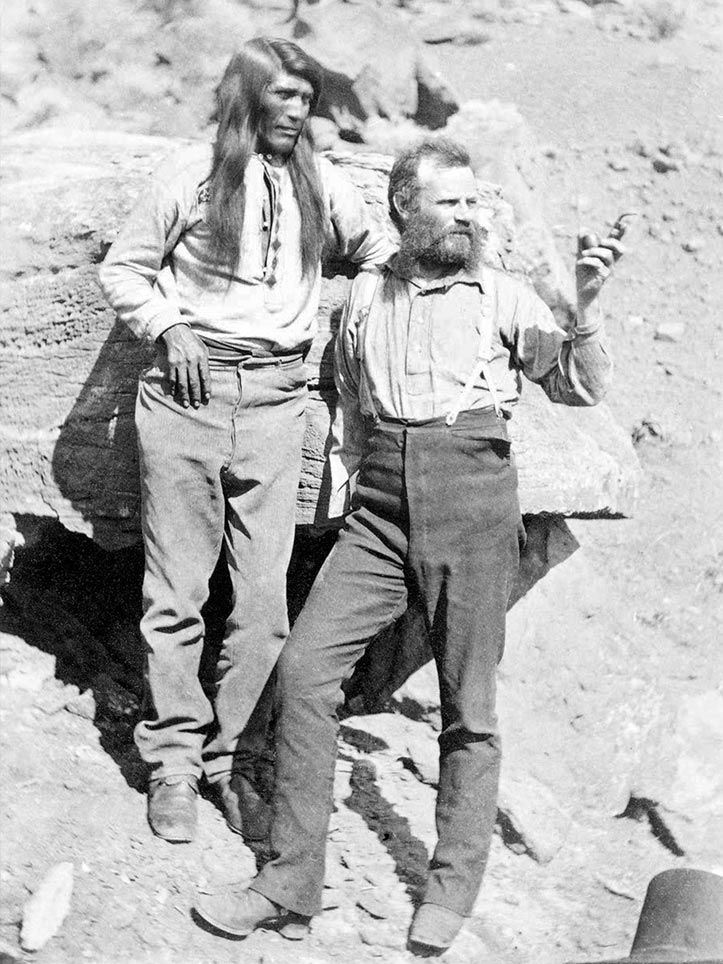 Powell with Native American Tau-gu, ca. 1873 on his second expedition to the canyon

More than six hundred people have died in the Grand Canyon since Powell’s day, though dams, safety rails, and National Park Service regulations have tried to ameliorate the death toll. We cannot even surmise how many may have died when the great flood of Noah’s day covered the earth in judgement and created the canyon in the first place. Still a place of spectacular beauty and mystery, the Grand Canyon and its rivers are not tame, and are still owned by the Creator, regardless of government interventions.