he names most commonly associated with the Bolshevik Revolution that overthrew the Czar of Russia, Nicholas II, are the Russian revolutionary Vladimir Lenin and the Ukrainian “Iron Man” Joseph Stalin. Very few of their comrades survived both the revolution and its consolidation. Just as well-known at the time, and the man most identified with the creation of the Soviets, an architect of the terrorism of Communist policies, and one of the longest surviving of the revolutionaries was Leon Trotsky. He garnered many followers in the United States and England, and his memory has been kept alive by socialist ideologues ever since his assassination by secret agents of the Soviet Union in 1940. 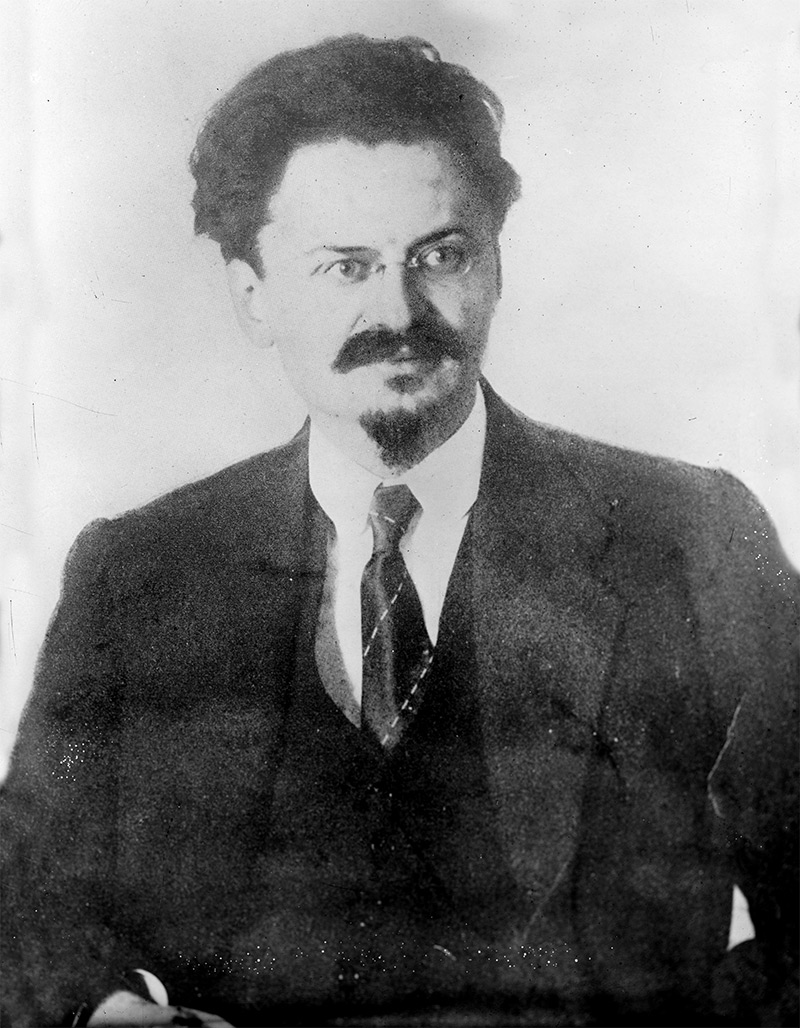 Born Lev Devidovich Bronstein in 1879, on a remote farm of a well-to-do Jewish family in the Ukraine, Trotsky attended school in the port city of Odessa, where he excelled in his pursuit of a mathematics degree. He got involved in political opposition to the Russian monarchy, and dropped his studies to support agrarian socialist populism. He converted to Marxism through the influence of the woman who become his first wife. His writing and agitation to organize radical students and industrial workers landed him in prison in 1898. He and his wife were exiled together to Siberia, and there had two children.

They all escaped from their Siberian captivity and Lev immigrated to London, changed his name to Leon Trotsky and joined with Lenin as a writer and theoretician of Russian Marxism. He also remarried. Eventually the Russian cell in London divided into two major factions, the Mensheviks and Bolsheviks. The latter group believed in violent revolution and close-knit, revolutionary cells. The Mensheviks tended to be more moderate and many of them thought revolution could be brought about by peaceful means. Trotsky supported the huge labor strikes in St. Petersburg and joined the local Soviet under an assumed name. Before long, he became the director. Arrested again and exiled to Siberia, Trotsky again escaped and made his way to London to continue support of revolution. He wrote for and supported Socialist parties in Switzerland and Germany while agitating for radical change in Russia. 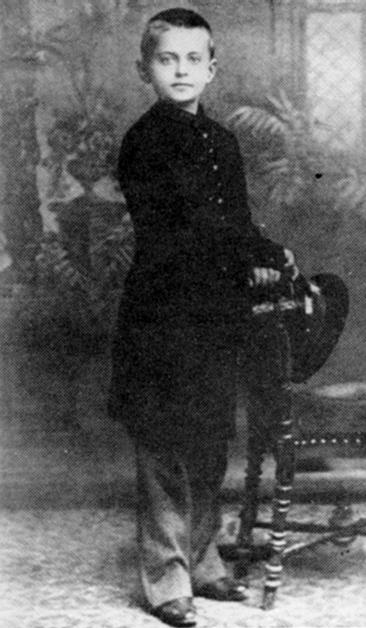 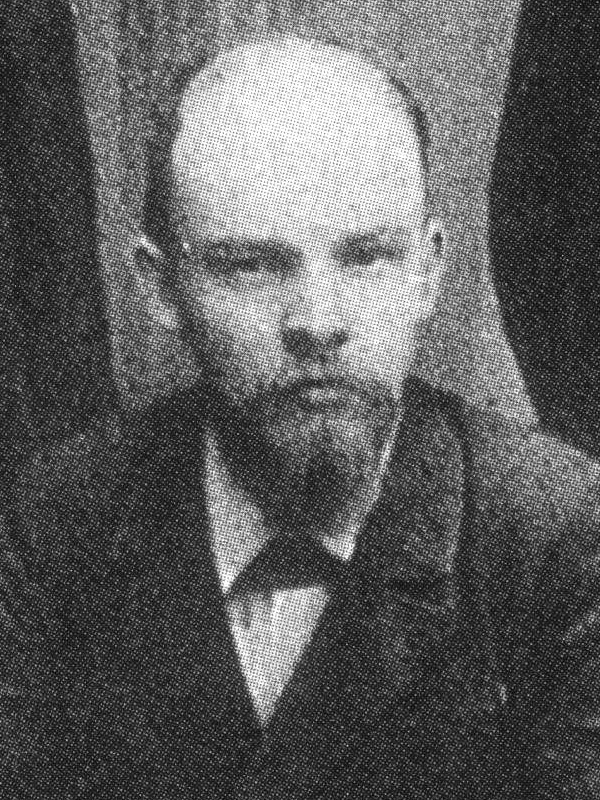 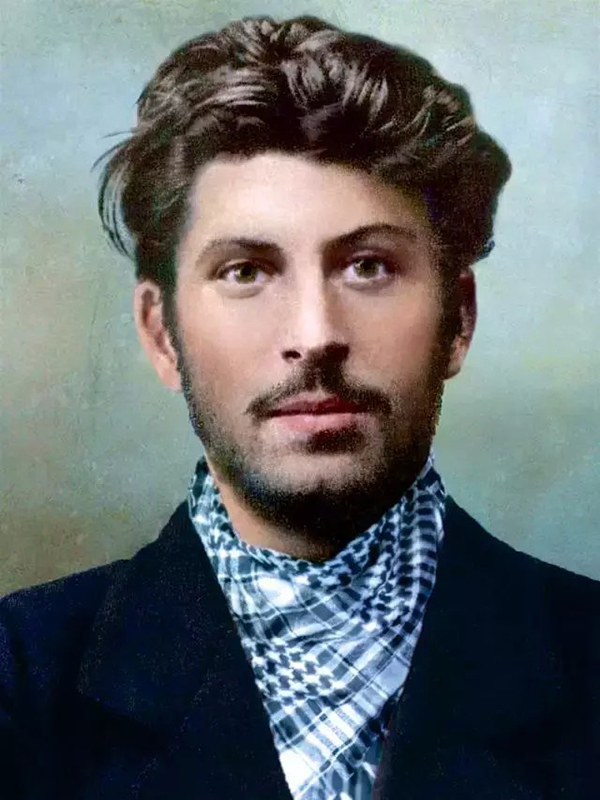 Although living in New York City when the Czar was overthrown in 1917, Trotsky returned to Russia (after arrest by the British in Canada). Joining the Bolsheviks, Trotsky became the “People’s Commissar” and took a strong hand in the new Communist state’s foreign policy. There was great opposition to the Bolshevik takeover by Mensheviks, Socialist Revolutionaries, Czarists, and Western countries. Trotsky built up the “Red Army,” from 800,000 to 3,000,000, turning them into a well-disciplined and efficient fighting force, which fought and won a protracted civil war against the more numerous, but totally non-unified, sixteen factions and foreign troops of the “White Army,” including the United States.

The Communists “translated their revolutionary faith into practical instruments of power.” They nationalized banks and industry, requisitioned the food sources from the peasants, and used terror to annihilate resistance and consolidate centralized government. The Central Committee of the “Soviet Union” fought among themselves over strategies of control and expansion.

Trotsky in 1918 in military garb, including the budenovka hat, symbol of the Red Army

“Trotsky bears a great deal of responsibility both for the victory of the Red Army in the civil war, and for the establishment of a one-party authoritarian state with its apparatus for ruthlessly suppressing dissent… He was an ideologist and practitioner of the Red Terror. He despised ‘bourgeois democracy’; he believed that spinelessness and soft-heartedness would destroy the revolution, and that the suppression of the propertied classes and political opponents would clear the historical arena for socialism. He was the initiator of concentration camps, compulsory ‘labour camps,’ and the militarization of labour, and the state takeover of trade unions. Trotsky was implicated in many practices which would become standard in the Stalin era, including summary executions.” —Historian Vladimir Chernyaev 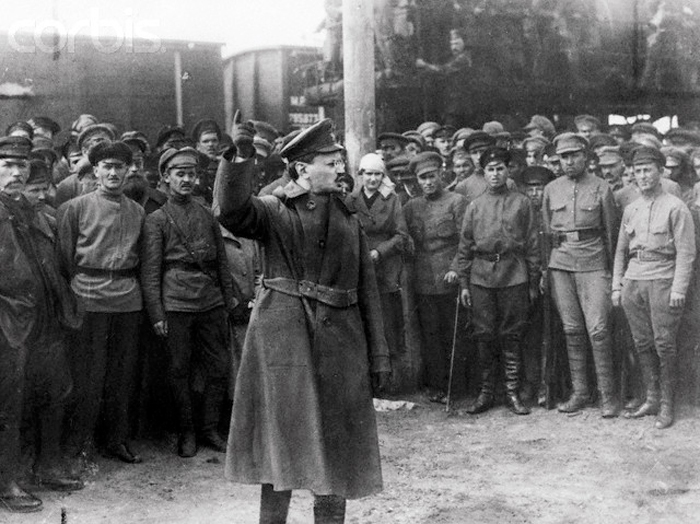 With the deteriorating health of Lenin, he and Trotsky sought to devise a strategy that would make Trotsky the General Secretary of the Party. Stalin formed a “troika” to insure his own control of the Party when Lenin died. After the death of Lenin, Trotsky remained the most popular and powerful leader of the Communist party, though Stalin’s factions never stopped plotting his downfall. A veneer of solidarity kept the peace until 1927 when Trotsky was expelled from the Soviet Union, first into exile in Kazakhstan, then to Turkey. His followers all publicly admitted their mistaken allegiance to Trotsky, and most of them were murdered during the purges of 1936-38.

Trotsky lived in a number of different countries who offered him asylum, finally settling in Mexico, where he met with American and Chinese Communists to carry the Revolution to their respective nations. After several failed attempts, Stalin’s assassins finally caught up to Trotsky. The NKVD hitman Ramon Mercader mortally wounded him with an ice axe at his Mexico City home. 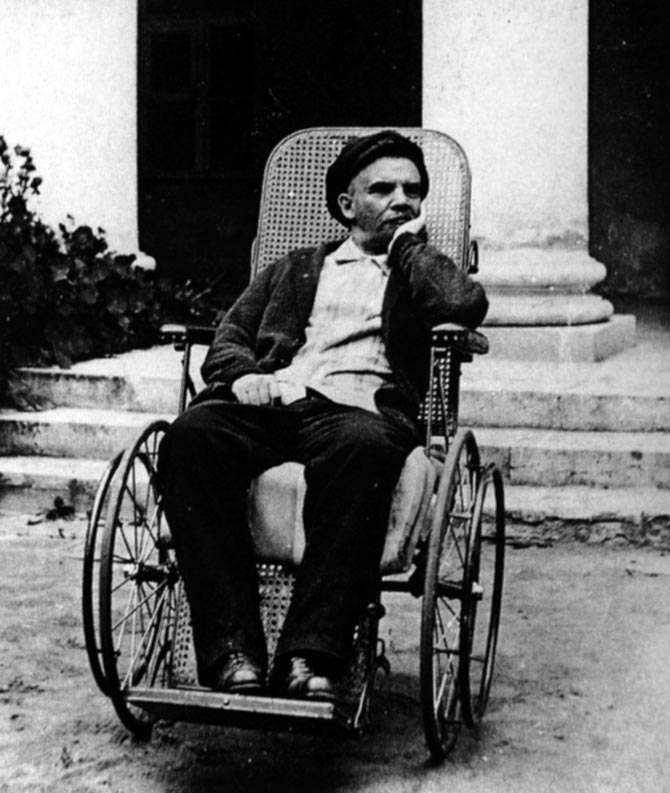 A wheelchair-bound Vladimir Lenin in 1923 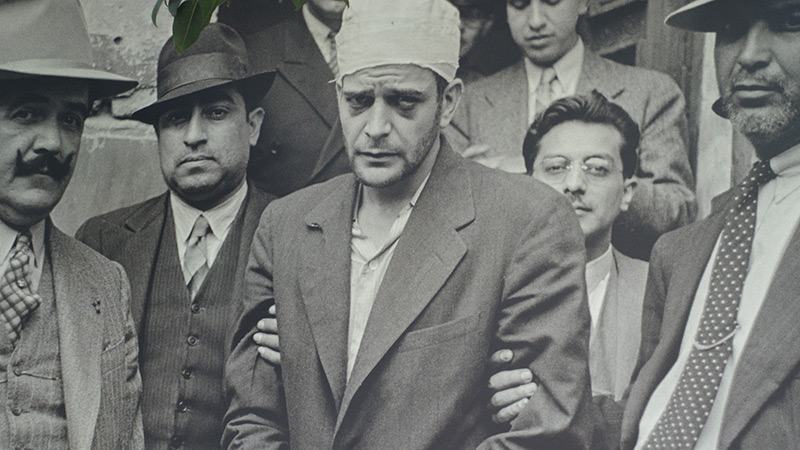 Leon Trotskys’s writings and legacy did not die with him and his admirers continued to advance his ideas in the United States and other countries. His home in Mexico is now a museum run by his grandson, but his memory lives in the deep shadows of the grave with those of his comrades and opponents who await Judgement Day for their atheism, their revolutionary crimes, and their rejection of Christ.