“I have set watchmen upon thy walls, O Jerusalem, [which] shall never hold their peace day nor night: ye that make mention of the LORD, keep not silence…” —Isaiah 62:6

“Be sure you are right, then go ahead!”

he Crocketts were primarily of French Huguenot descent. They eventually made their way to western Carolina and, like thousands of others of their countrymen, settled in the mountainous frontier in times of bitter conflicts. Most of Crockett’s family were massacred by Indians, but David’s father, John, was away on militia duty and missed out on the raid. During the War for Independence, John Crockett joined his fellow over the mountain men at the Battle of King’s Mountain and returned home only to move further west into the area that became part of the state of Tennessee. David grew up in the rough and tumble world of economic difficulty, hard work, and manhood by the age of twelve. 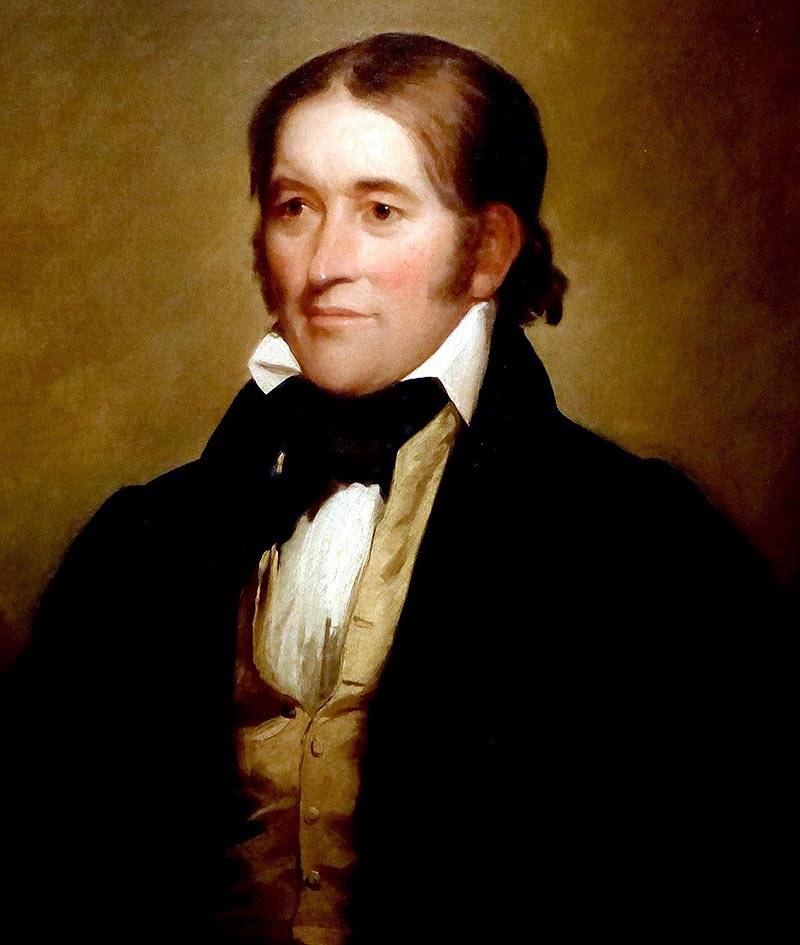 David held jobs that forced him to travel extensively, primarily in Virginia and Tennessee. He helped his father pay off debts and, on the day before his birthday in 1806, he married Polly Finley, with whom he sired two boys and a girl. After the death of his wife, he married a widow with two children, and had three more of his own, thus eventually becoming the father of eight, a typical frontier family. 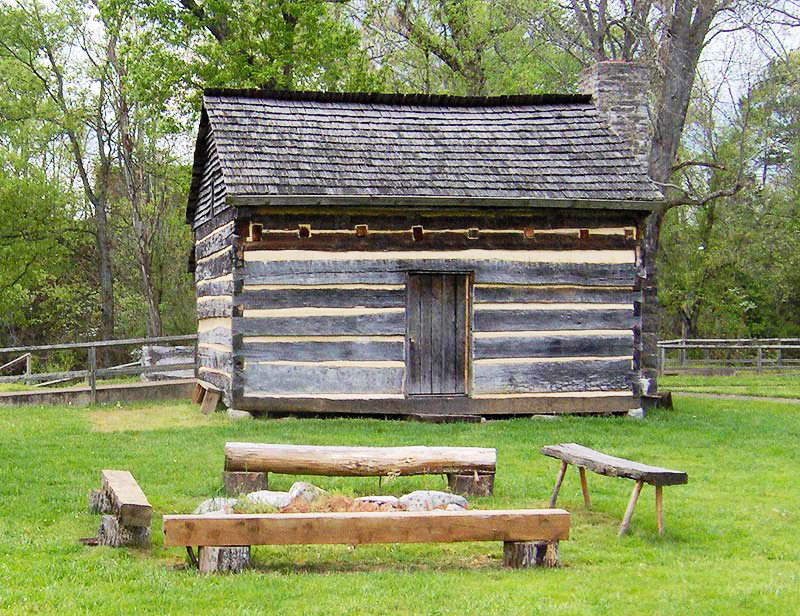 War came to Tennessee in 1812 with the Fort Mims massacre in Alabama, followed by General Andrew Jackson’s call for volunteers to avenge the victims and protect Tennessee. As the saying went at the time, “you don’t tell a Tennessean what the fight is about, just where it is” and, true to form, the frontiersmen gathered to settle scores with the Creek Indians, a war that would greatly advance the fortunes of General Jackson. David Crocket joined in and became a respected leader himself, so much so that he was appointed as a justice of the peace and Lieutenant Colonel of militia after the war. In 1821 Crockett was elected to the state General Assembly. Three principles seem to have been at the center of his political philosophy: opposition to Andrew Jackson and candidates supported by him, advocacy for the interests of the poor on the frontier, and rejection of proposals contrary to the Constitution, whether state or federal. 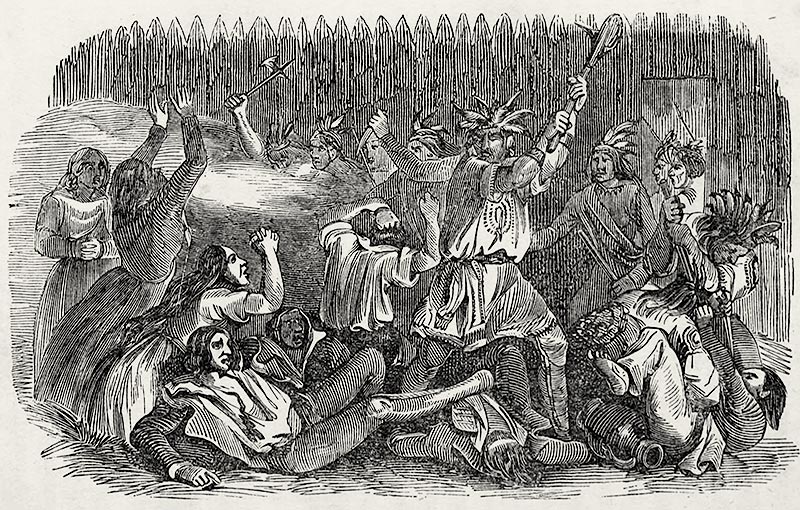 Crockett had moved so often and lived in so many different counties, he was known throughout his region. Never particularly successful in business or farming, he had well-honed skills at hunting, telling stories, and effective frontier oratory, the latter which he employed in his legislative positions in Tennessee and in the United States House of Representatives. He was elected to serve in Washington, D.C. for two terms, 1827-1831. Crockett was the only Tennessee delegate to vote against Jackson’s Indian Removal Act, which cost him his seat in the U.S. House but earned a letter of thanks from Cherokee Chief John Ross. He was returned to the House for one more term in 1833. He published an autobiography in 1834.

The Texas Revolution inspired men young and old across the South, especially in Tennessee. Hundreds of families headed west, leaving the letters GTT scrawled on the walls of their cabins—Gone To Texas. Ex-Congressman David Crockett, fed up with politics and attracted to the cause of Texas Independence, and eager for a fresh start for his family in the seemingly limitless vista west of the Mississippi, left his family to await his call, and travelled to the scene of the action, with thirty fellow Tennesseans, “armed to the teeth.” 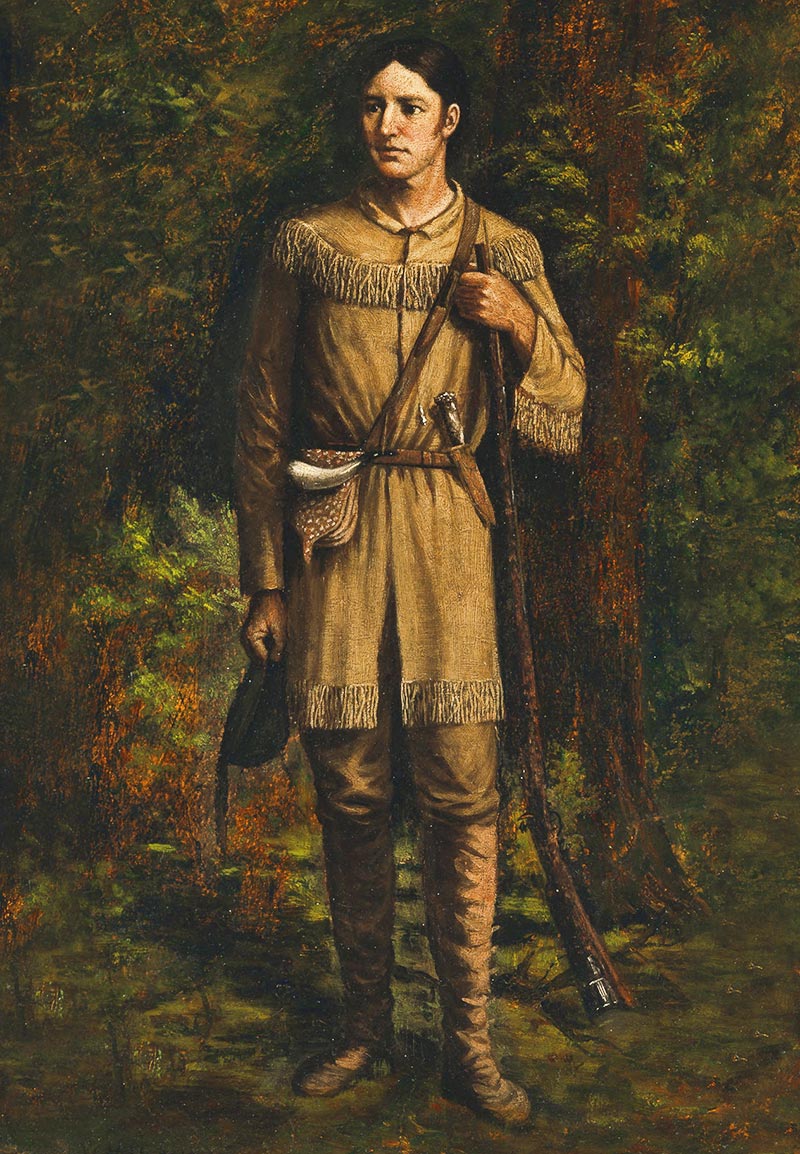 On January 14, 1836, David Crockett signed an oath in Nachedoches, Texas, swearing allegiance to the Provisional Government of the Republic of Texas, and with five other men, made his way to San Antonio de Bexar, where a handful of Texians had seized an old Spanish mission called the Alamo, to await reinforcements or a Mexican army of retaliation. Crockett arrived on February 8, and the army of General Antonio de Santa Ana on the 23rd, sealing the doomed garrison inside their adobe walls. A siege ensued which lasted until March 6, when the Mexican General decided to force the issue and attacked with overwhelming force. There are many books and speculative accounts concerning the fall of the Alamo and the role played by David Crockett. Popular movies and songs have dramatized the ninety-minute fight, creating in the mind of the American public an image of what might have occurred. David Crockett’s role in the battle and last moments in combat are the subject of much speculation and disagreement. What is certain is the willingness of the defenders, or most of them, to die for Texas independence, a goal achieved in the months ahead by the efforts of General Samuel Houston. 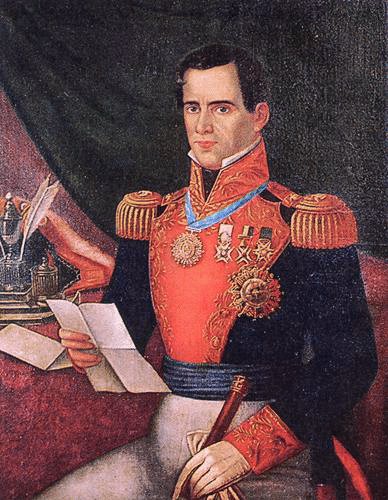 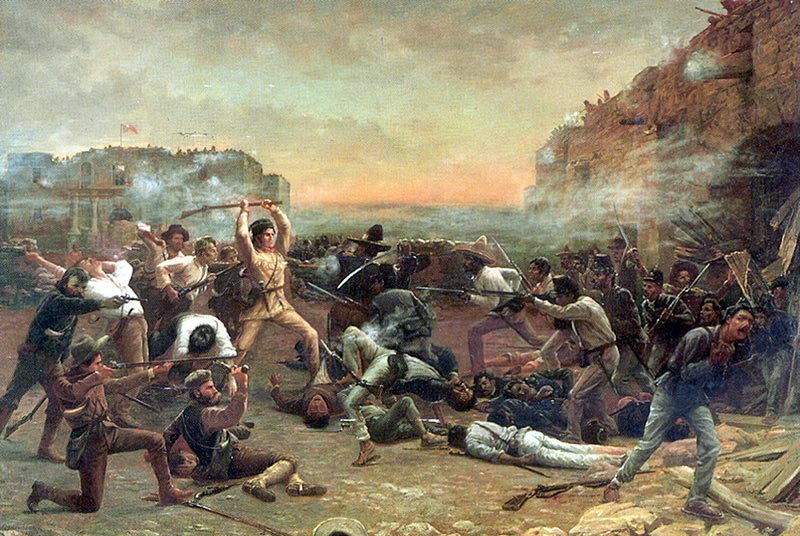 The Fall of the Alamo or Crockett’s Last Stand, by Robert Jenkins Onderdonk

While the current interpreters of the Alamo are interested in continuing accuracy, if not for storytellers and parents that know the duty to keep our history, with all its tales of courage and heroism and providence, David Crockett could disappear from our collective memories, or be at risk of becoming one of our greatest villains. This is why we exist, to tell the tales and equip you to do the same.