“When they were safely out of the city, one of the angels ordered, ‘Run for your lives! And don’t look back or stop anywhere in the valley!…’” —Genesis 19:17

ith the election of President James K. Polk came Texas annexation and the advancement of American “Manifest Destiny,” a widely accepted theory that the United States was destined to control the North American continent from the Atlantic to the Pacific Oceans. After Mexico rebuffed the offer by the American government to purchase Mexican land — including California and the Southwest — American troops moved into the territory between the Rio Grande and Nueces Rivers, a much disputed area claimed by both Texas and Mexico. Fighting broke out between soldiers and civilians of the two nations, and Congress declared war on Mexico. 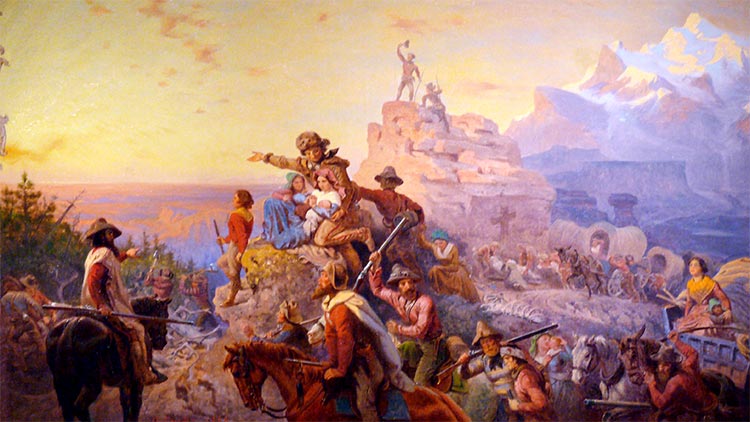 Westward the Course of Empire Takes Its Way, or simply Westward Ho!, by Emmanuel Leutze depicts the popular notion that America’s borders were destined to stretch from the Atlantic to the Pacific

The United States’ War with Mexico included a number of little “battles” in various parts of the province of California. In most cases, the Mexican authorities capitulated or evacuated the targeted towns without incurring any casualties. Because of the sparse population of California — which included both Mexicans and Americans — neither side actually had active military forces on site at the beginning of the war. Eventually U.S. troops, official and unofficial, banded together to overthrow the titular authorities of the region. The final engagements took place in the Los Angeles area, securing the entire province for the United States.

Americans had had their eye on California for a number of years. Mexican control of the province was almost non-existent and a revolutionary spirit among the scattered population seemed to presage eventual American control. As the two countries drifted toward war, the U.S. government reinforced the Pacific naval squadron and gave orders to seize San Francisco if hostilities broke out. A column was also sent to secure New Mexico, a cavalry force of soldiers and frontiersmen led by Philip Kearny. Shortly thereafter, Kearny moved on to California with a token force, having heard that the province had already fallen. An “exploration” expedition led by Captain John C. Fremont entered northern California ready to fight, just before the war officially broke out. 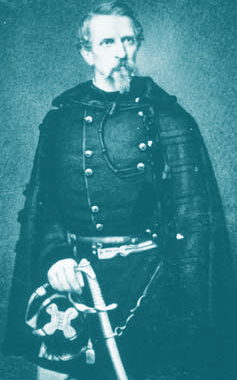 American naval forces seized Monterrey on July 7, 1846 and San Francisco on July 10. The strongest Mexican garrison lay in Los Angeles, but Commodore Robert Stockton’s Marines captured that city on August 13 without much opposition. He declared California won, ran the stars and stripes up the flagpole, left a small garrison in L.A. and sailed north. Fremont left the area also, to recruit in northern California. By the middle of September, Stockton received the stunning news that California had risen in revolt against the Americans, the garrison in Los Angeles had been overrun, and the Kearny expedition had lost one-third of their men in the Battle of San Pascual. For the next three months, American fortunes in California hung in the balance. 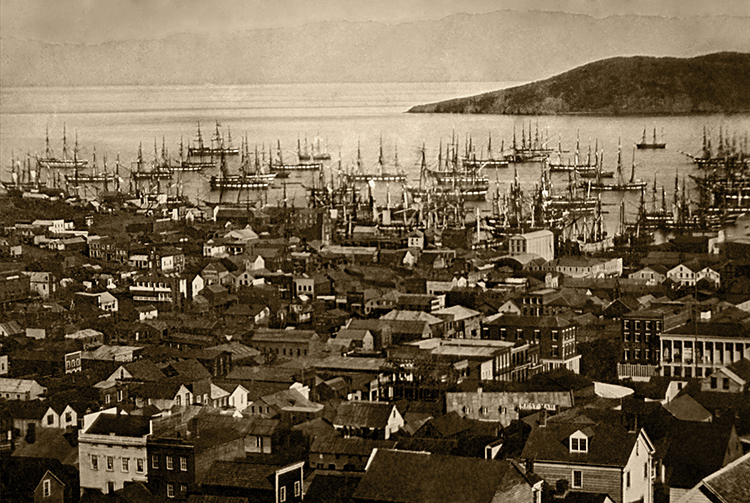 In late December, Stockton moved out of San Diego to have another go at Los Angeles. He had assembled “a motley force” of Marines, sailors, soldiers, and irregulars, as well as a half-dozen artillery pieces and marched unopposed to the boundaries of Los Angeles. The American force faced the Mexican troops drawn up along the San Gabriel River. Shouting “remember New Orleans,” the battle that had made Andrew Jackson famous exactly thirty-two years earlier, they blasted the defenses and drove off the Mexican defenders. On the next day, they fought again with the same results. While preparing to storm the city, the Americans were approached by a delegation formally surrendering Los Angeles. The Americans moved in, put an end to the rioting and looting that had ensued at their approach, and declared California captured, before the Battle of Buena Vista and all the big battles that would be fought by Zachary Taylor and Winfield Scott south of the border. 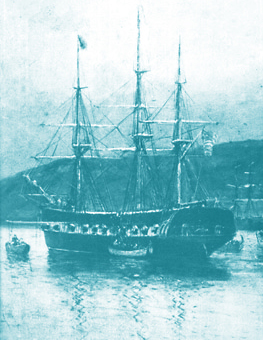