“There is one body and one Spirit — just as you were called to the one hope that belongs to your call — one Lord, one faith, one baptism, one God and Father of all, who is over all and through all and in all.” —Ephesians 4:4-6

n the 11th Century, the Christian Church recognized five ecclesiastical jurisdictions, or “Sees” within Christendom — Rome (Latins), Constantinople, Alexandria, Jerusalem, and Antioch. This “Pentarchy” was formally recognized by the Council of Ephesus in 431 AD. The four in the Mideast were led by “Patriarchs”, Church Bishops who claimed their succession from one of the original twelve apostles of Christ. They practiced what became known as the Byzantine Rite in worship — the use of the Greek language, particular prayers, blessings and liturgies, as well as icons, specific liturgical music, architecture, and vestments. They claimed the closest connections with the apostolic church, and the influence of their “Eastern Orthodoxy” spread as far as the Celtic Church. 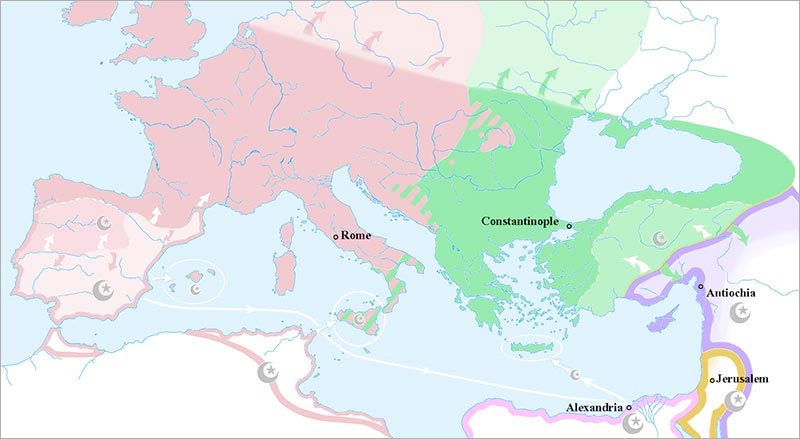 Council of Ephesus in 431, as depicted in the Basilica of Fourvière, Lyon, France

The Bishop of Rome, known as the Pope, claimed absolute jurisdiction over the Western Church, and ecclesiastical powers as the Vicar of Christ, through a claim that his authority descended from the Apostle Peter. The Latin language was the basis of all liturgical structures in the Western Church and their rites, though similar in many ways, diverged at several points from their eastern brethren. Both halves of the Church held doctrinally to the Apostle’s Creed, the Nicene Creed, and several others which had defined Christian doctrine through Church Councils over the previous ten centuries.

Nonetheless, theological and practical differences between the Eastern and Western Churches persisted until the rifts came to a head in 1054. The previous year, Orthodox Churches in southern Italy were given the choice by the Pope to conform to Latin practices or close their doors, thus offending the Eastern patriarchal Church. In retaliation, the Patriarch of Constantinople closed the Latin Churches in his jurisdiction. When Norman raiders attacked the Italian peninsula, Pope Leo IX sent a papal Legate to Asia seeking military help from the Byzantine Emperor and to assert Rome’s authority over the Patriarchate of Michael I Cerularius, who was calling himself the “Ecumenical Patriarch”. The papal delegate also responded to Cerularius’s condemnation of the Latin Church’s use of unleavened bread in the sacrament, one of the points of earlier theological disagreement. 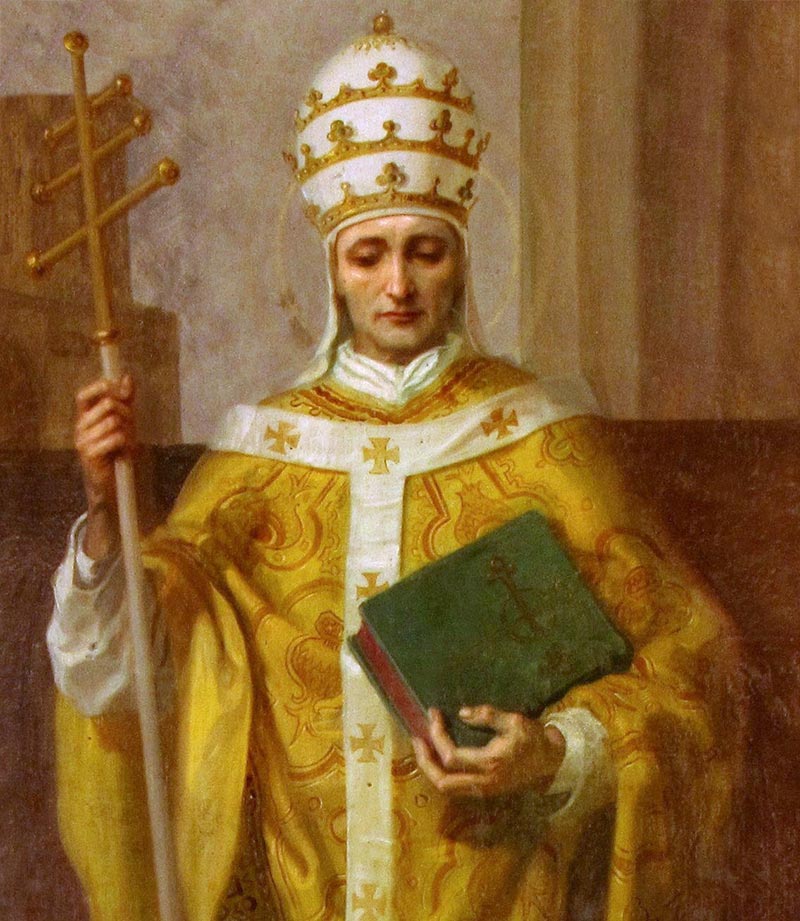 The papal delegate Cardinal Humbert, excommunicated the Patriarch of Constantinople, who in turn, excommunicated Cardinal Humbert. In the meanwhile Leo died. Over the next hundred years, a number of contentious issues combined with the previous doctrinal differences to keep Western and Eastern Christendom apart. For instance, the Eastern Church pastors married and considered celibacy of the priesthood a heretical and unbiblical invention. When “Christian” armies were sent from Europe to fight the Muslim armies who had captured cities and territory of the Christian provinces across the Middle East, the Crusaders also sacked Constantinople, massacring thousands of fellow Christians. The division of the Church into two independent, non-communicating parts — The Great Schism — remains to this day. The Byzantine Church was eventually shattered by Islam, but by that time, had expanded into Greece, the Balkans, and Russia, establishing separate ethnic “Eastern” Orthodox Churches. The Latin Church was destined to be divided by Reformation preachers and theologians seeking a more pure, New Testament-like Church. They in turn, fragmented into many denominations and sects. 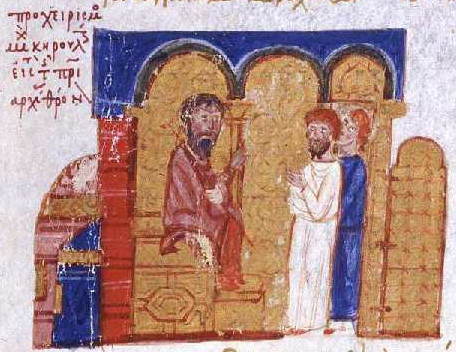 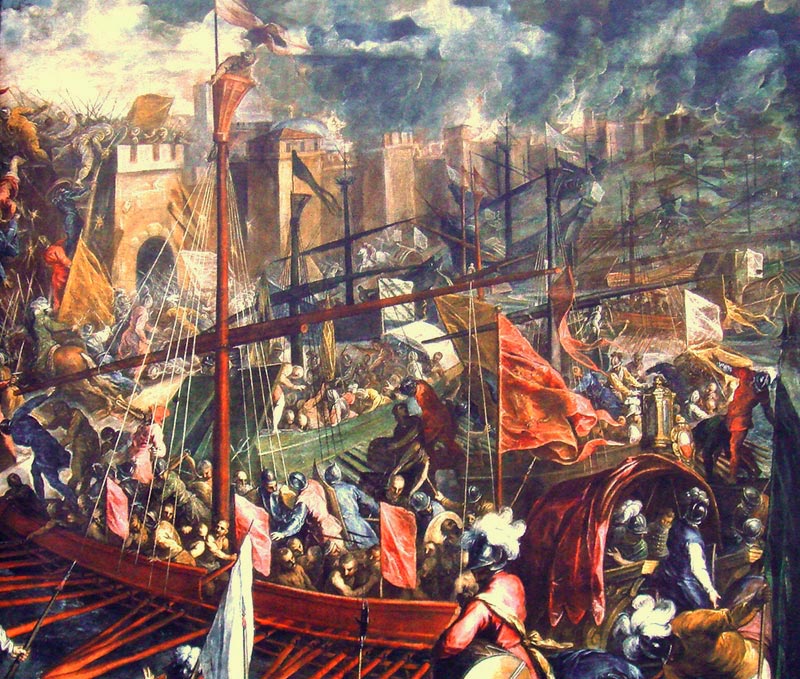 The Entry of the Crusaders into Constantinople, Eugène Delacroix

The One Church, indivisible, still exists in the hearts of those whom God has truly called by Grace alone and Faith alone, through the preaching of the Scriptures alone, regardless of theological labels. It appears that divisions will nonetheless exist until God unites his Church triumphant in perfection at the end of time.