“Pride goeth before destruction, and an haughty spirit before a fall. Better it is to be of an humble spirit with the lowly, than to divide the spoil with the proud.” —Proverbs 16: 18-19

arrior, pirate, businessman, investor, courtier, explorer, jailbird, Member of Parliament, Governor, historian, poet: Sir Walter Raleigh lived a most colorful and dangerous life, full of adventure. He loved to fight, hated the Catholic Church, was accused of atheism though a forthright Protestant, popularized tobacco smoking and died by beheading on October 29, 1618 by orders of King James I, on trumped up charges, to appease the Spaniards. He had ample opportunities to escape but never tried to. 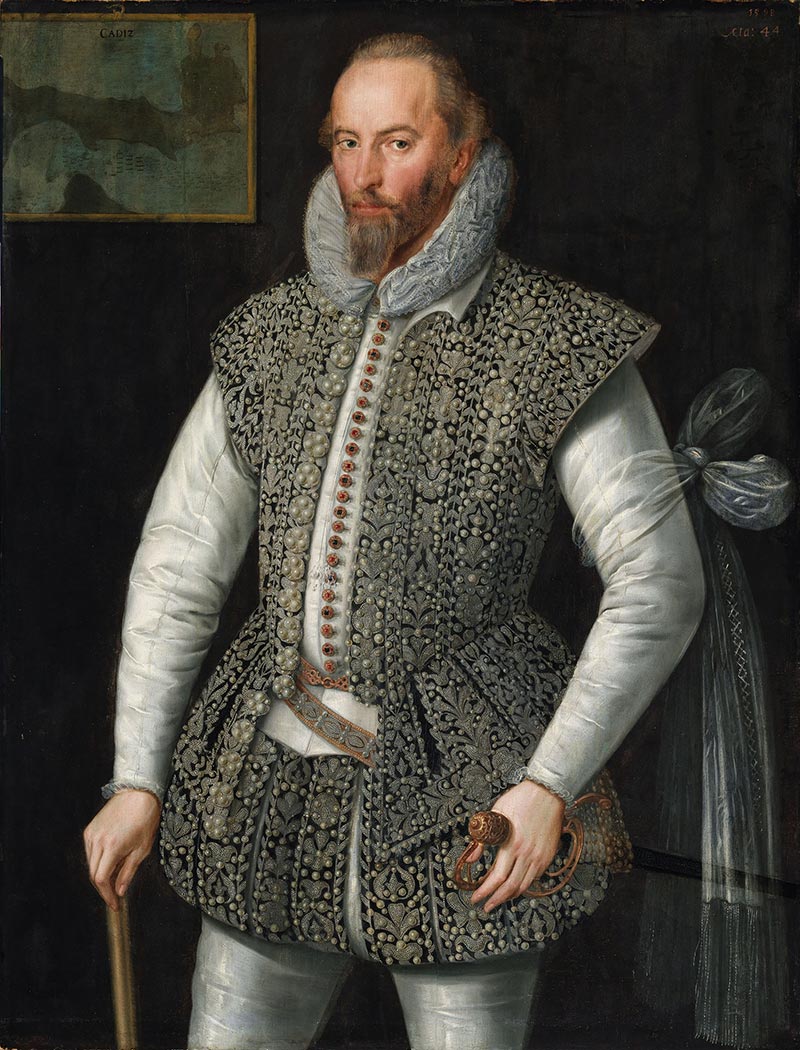 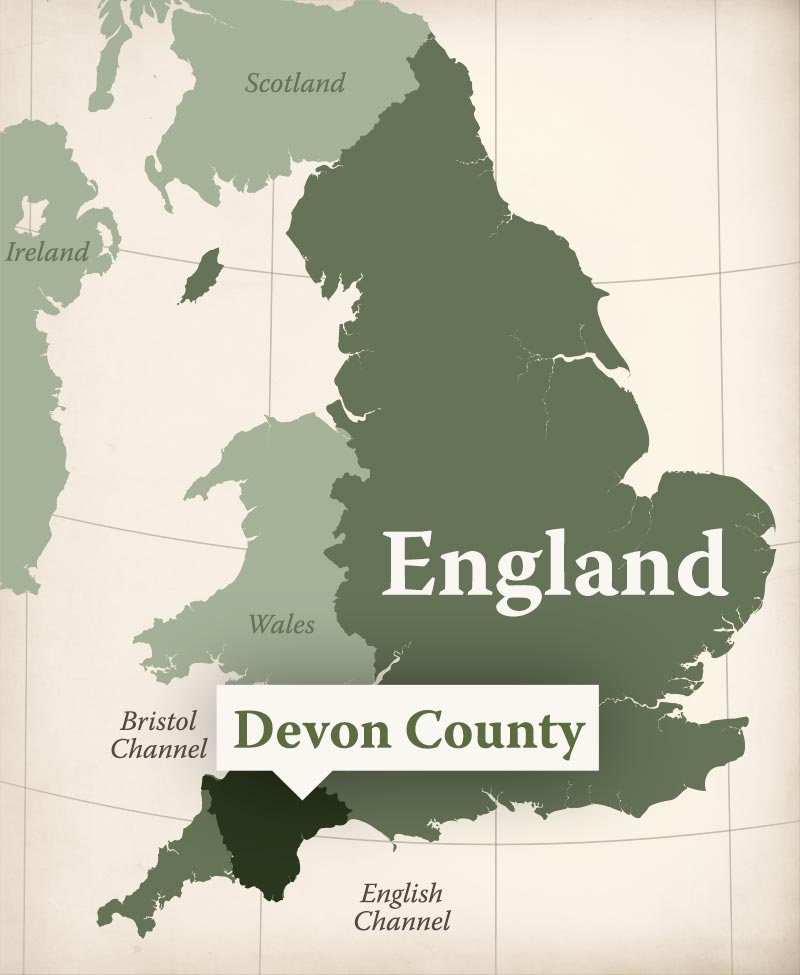 Raleigh was born in Devon, a maritime county on the south coast of England. His anti-Catholicism probably dates from his youth when his devoutly Protestant family barely dodged the hounds of Queen Mary Tudor, who tried to roll back the Reformation through persecution during her five years on the throne. At the age of fifteen Walter sailed to France to serve in the Huguenot army, fighting those who sought to destroy the Reformation Protestants through war and massacre. In 1578 he sailed to America with his half-brother, Sir Humphrey Gilbert, and seven years later funded his own expedition to begin a colony in the New World at Roanoke Island, now part of North Carolina. That colony ultimately failed but became one of the great mysteries of American history.

Two years after his first voyage to America, Walter joined a military expedition against the Irish in Munster, once again in rebellion against their English overlords. As a captain, he and his men carried out the orders of his superiors to massacre by beheading six hundred Spanish and Italian mercenaries who had surrendered after a siege. Although critical of English policy in Ireland, Raleigh became a favorite of Queen Elizabeth I, who knighted the adventurous soldier and appointed him Captain of the Queen’s guard, a considerable honor. He acquired lucrative properties and monopolies, including considerable estates in Ireland, as grants from the Queen. He was made Lieutenant of Cornwall, Vice Admiral of Devon and Governor of Jersey, one of the Channel Islands. He took a seat in Parliament. 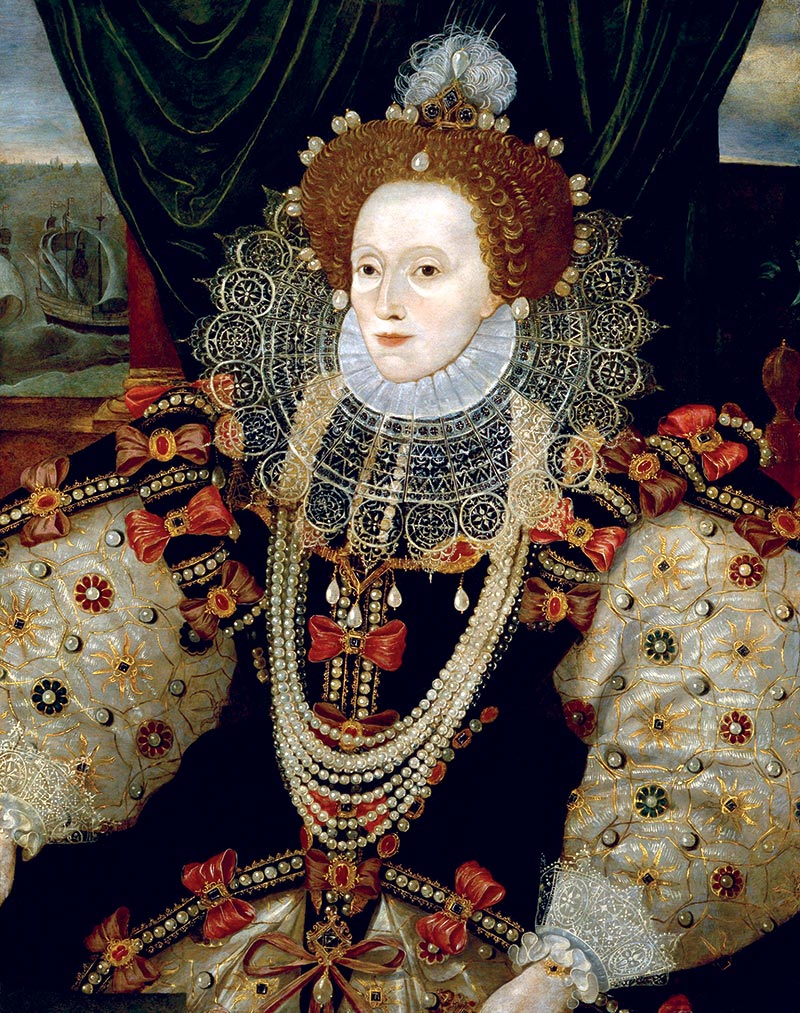 Raleigh secretly married one of the Queen’s ladies in waiting, Elizabeth Throckmorton, without the Queen’s permission. Elizabeth, some historians say in a jealous rage, threw them both in the Tower of London, a prison from which many prisoners never returned. Within two years Raleigh had succeeded in buying his way out of the Tower and embarked on the first of two expeditions to South America, searching for El Dorado, the lost city of gold, a chimera which impoverished other adventurers in history. 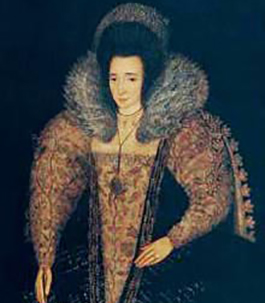 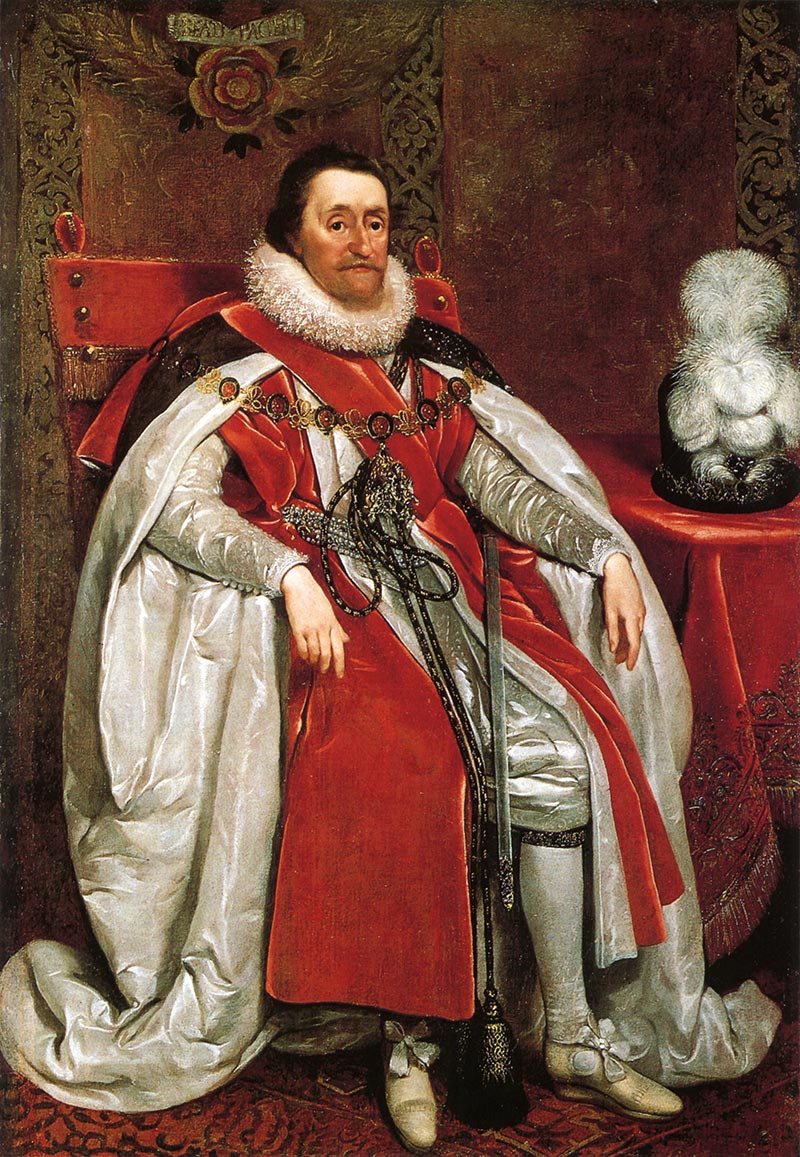 When James Stuart became King James I, he instituted a foreign policy prohibiting further depredations against Spain’s empire. Sir Walter Raleigh had been a life-long enemy of Spain, carrying out attacks on their settlements and leading expeditions in South America. His political enemies, and there were many, began working for his destruction, implicating him in a treasonous plot. He once again was sent to the Tower, this time for fifteen years. While there, he wrote poetry and accounts of his explorations and adventures. His last work was a history of the world, showing the past as a record of God’s Providence and noting that “the injustice of kings is always punished.” In 1618 the Spanish minister intrigued to convince the King, who already disliked the Devonshire upstart, of Raleigh’s mortal guilt. They resurrected the charges from sixteen years earlier, and Sir Walter Raleigh was beheaded. 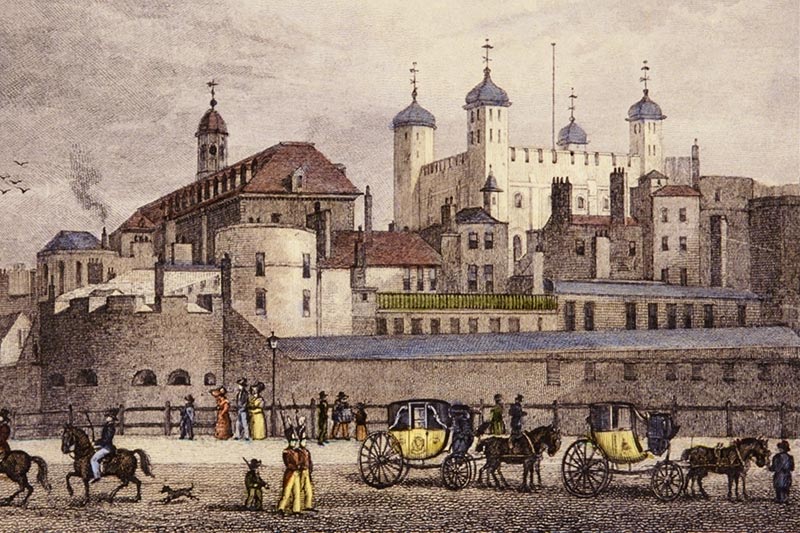 A nineteenth-century depiction of the Tower of London

Sir Walter was known for bold talk, lavish spending and an overweening pride. Encyclopedia Britannica notes that he can be presented as a hero or a scoundrel — an enigmatic personality who rose like a rocket from obscurity to the highest councils of the Royal favorites. His attempted colonization of America failed to take root, although his successful promotion of smoking tobacco, brought from North America, became legendary. He paved the way for the later successes of the Jamestown Colony, for which Providence denied him the prominent part. Like all men, past and present, Sir Walter’s feet of clay are readily apparent, but his travelled thousands of miles further than most, seeking to spread English civilization wherever they trod, hopefully for a sizeable profit. 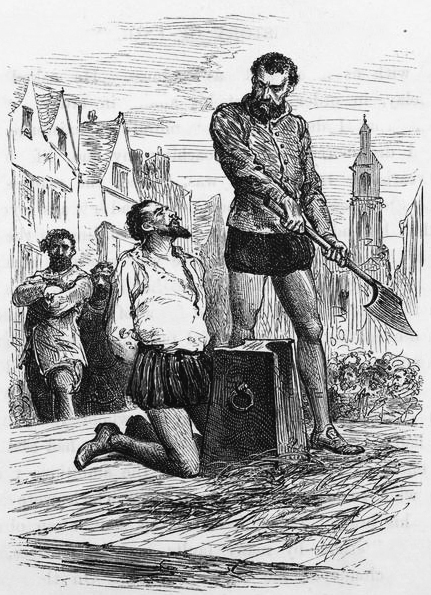 A depiction c. 1860 of the execution of Sir Walter Raleigh