“But a certain Samaritan, as he travelled, came where he was. When he saw him, he was moved with compassion, came to him, and bound up his wounds, pouring on oil and wine. He set him on his own animal, and brought him to an inn, and took care of him. On the next day, when he departed, he took out two denarii and gave them to the host, and said to him, ‘Take care of him. Whatever you spend beyond that, I will repay you when I return.’” —Luke 10: 33-35

ertie was declared dead by his distraught father, at the age of 2, having suffered from the croup, turned purple, and had no discernable heartbeat. His uncle, Dr. John Minthorn, came in the door and worked desperately on the child. He coughed and recovered. Providence had many grand purposes for the boy whose life lasted eighty-eight more years. Probably the least of his accomplishments was service as the 31st President of the United States. 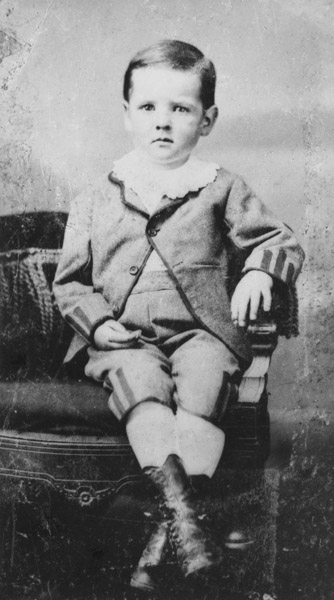 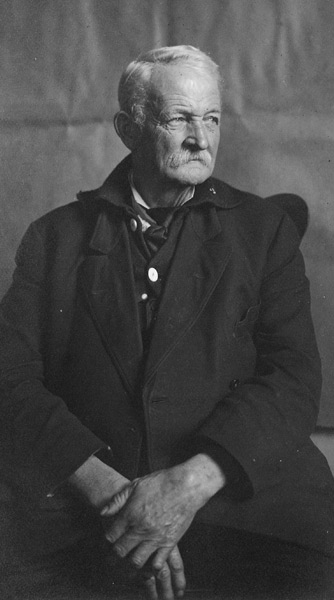 Born into a humble family in a Quaker farming community in Iowa, Herbert Hoover’s father died when he was six and his mother just after Herbert turned eight. Taken care of by relatives, the precocious boy learned hard work, prayer and honesty in a community dominated by the Quaker values of the community. He read the Bible cover to cover by the time he was ten. His uncles in Iowa sent the orphaned lad, at the age of eleven, to live with his uncle John Minthorn in Newburg, Oregon, whose only son had recently died. In Oregon, Herbert learned math, typing and bookkeeping in night school since there would be no high school education for him. He was a voracious reader and autodidact. 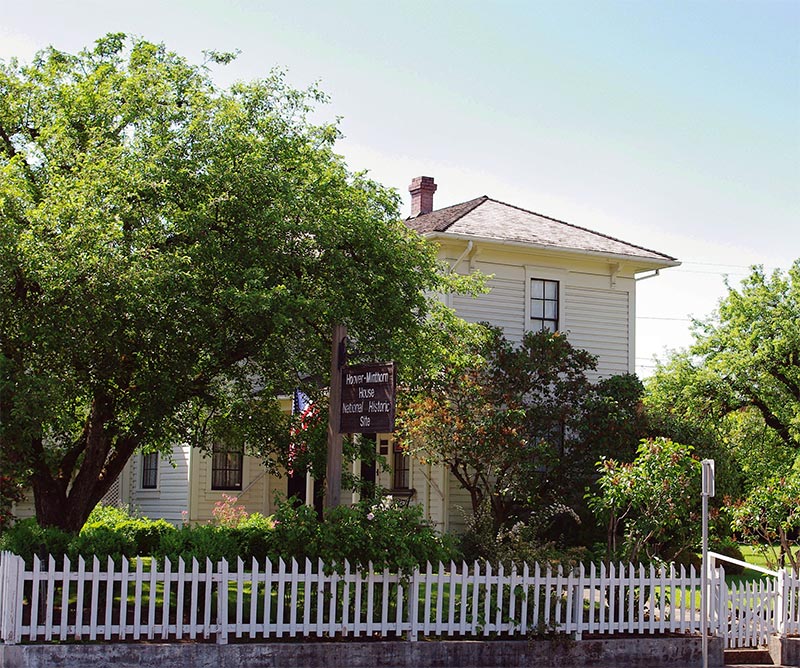 The Hoover–Minthorn House in Newberg, Oregon where Herbert lived from 1885-1891 with John and Laura Minthorn 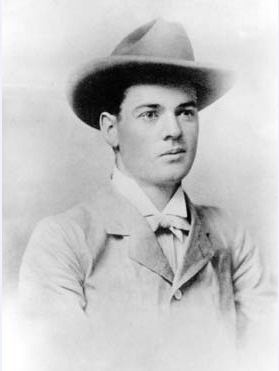 Herbert Hoover, age 23, in Australia
Hoover was accepted into the first class of the newly formed Stanford University, and in four years of perseverance and excellence in all endeavors, he graduated number one in his class. As a man trained in the newest techniques of mining engineering, he accepted a job offer in Australia. Over the next eighteen years of his life Herbert Hoover became the greatest mining engineer in the world, organizing coal, tin, gold, and silver mines in Australia, Thailand, China, Wales, the Transvaal, New Zealand, West Africa, Nevada, Canada, Egypt and elsewhere. His employees began calling him “The Chief” at the age of twenty-three. When his career as a mining engineer came to a close in 1914, at the age of forty, more than one million people were employed in his enterprises. His greatest partners and joy in business and life were his wife Lou and their children. 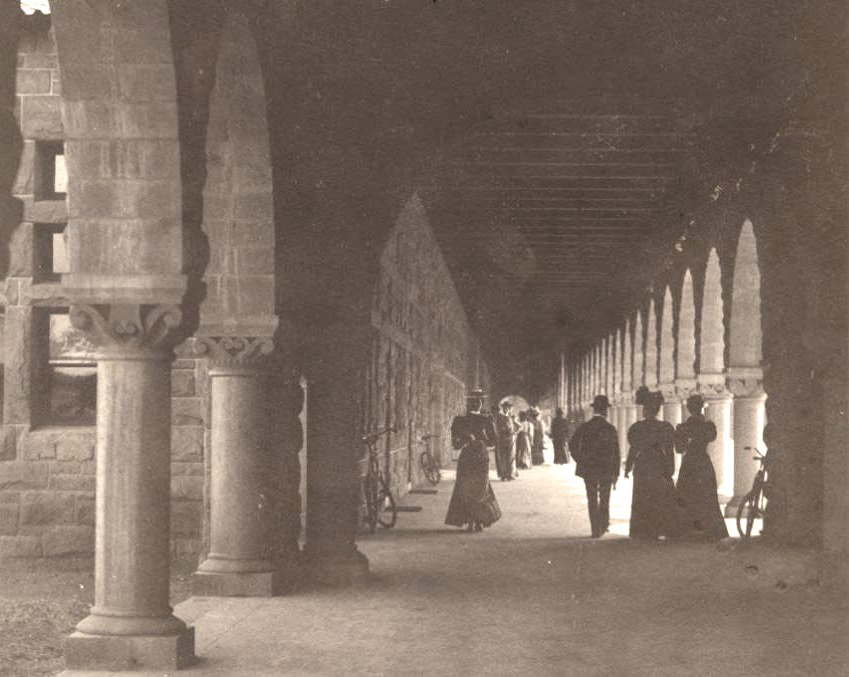 Stanford in its inaugural year, 1891 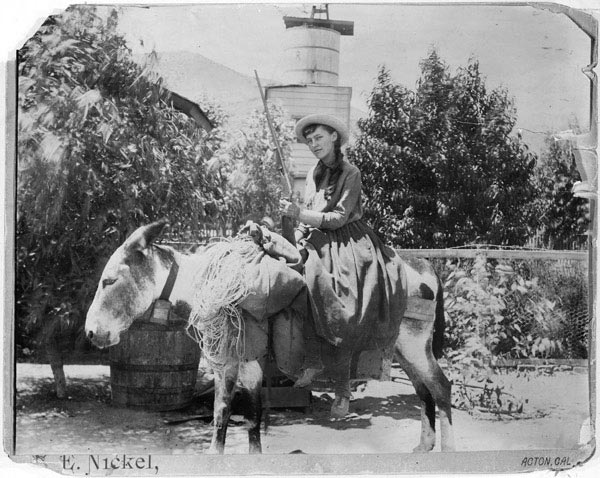 Herbert Hoover was in London when the First World War began. Two hundred thousand Americans were stranded in Europe. The banks of England would no longer accept cheques, and transport to America for civilians dried up quickly. The American ambassador asked Hoover for help. The engineer, a master organizer, accepted the challenge and mobilized his personal resources, human and capital, and got the people to America. Little could he have known that he would spend the rest of his life in public service and philanthropic endeavors. Not only did he get all the Americans home, he took on the greatest humanitarian project since time began. 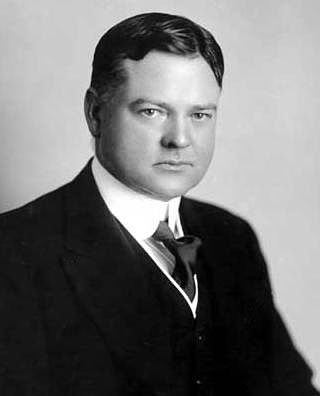 Herbert Hoover in 1917 during WWI

With the success of the German armies in Europe, millions of people were caught behind the lines and faced starvation — especially the women and children of Belgium and France. Hoover established a relief commission to feed those people for the next four years. He became the only man in the world who was unrestrained by national boundaries. He got both the Allies and the Central Powers to let him get the millions of tons of grain and supplies through the war zones. He purchased all the surplus grain in the United States, shipped it on vessels he acquired, and mobilized his “Hoover men” and a volunteer staff of “the five hundred most capable people in the world.” As might be expected of this “largest private relief operation in history,” it required infinite patience, perseverance, imagination and fortitude. Hoover had it all in abundance. When the war ended, he stayed on the job until 1920, for the starvation did not end in 1918, and now included Germany, Austria and Hungary. 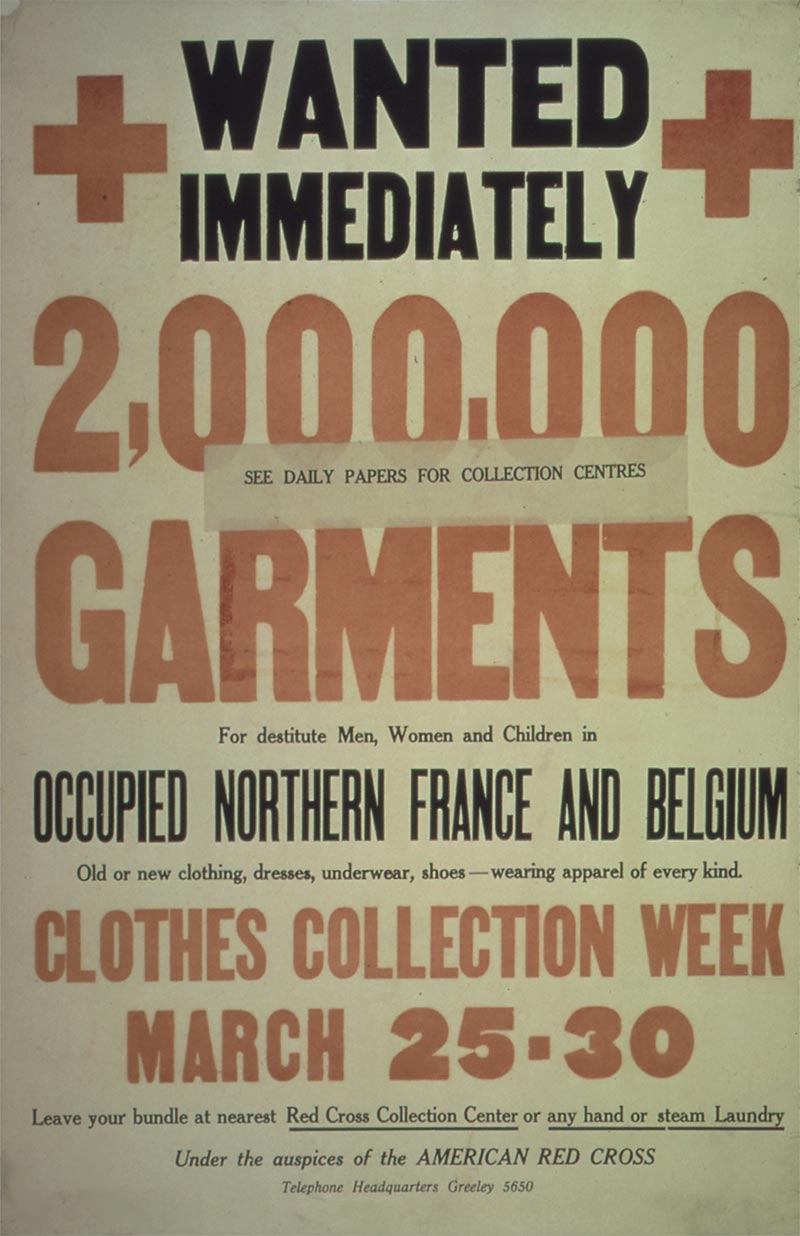 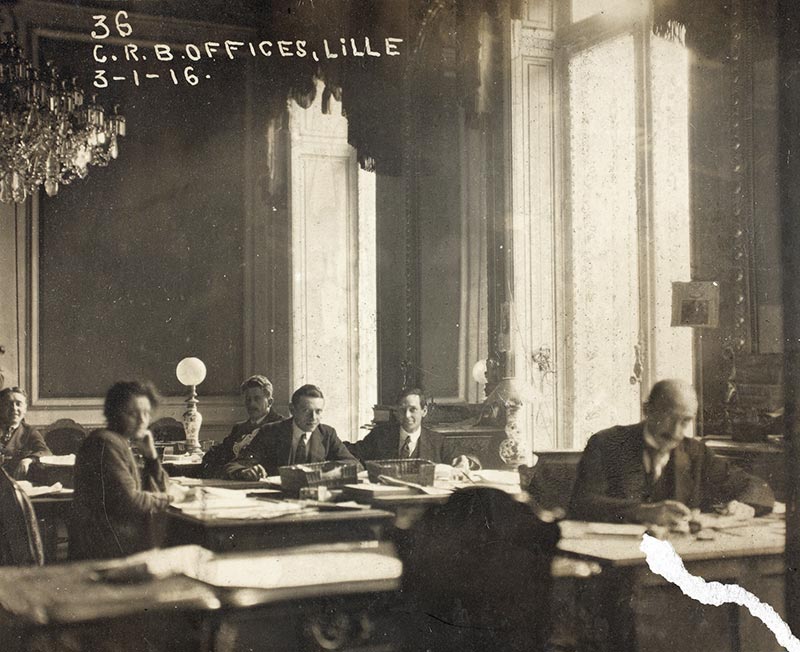 The Committee for Relief in Belgium (CRB) — of which Hoover was chairman — in Lille, France during WWI 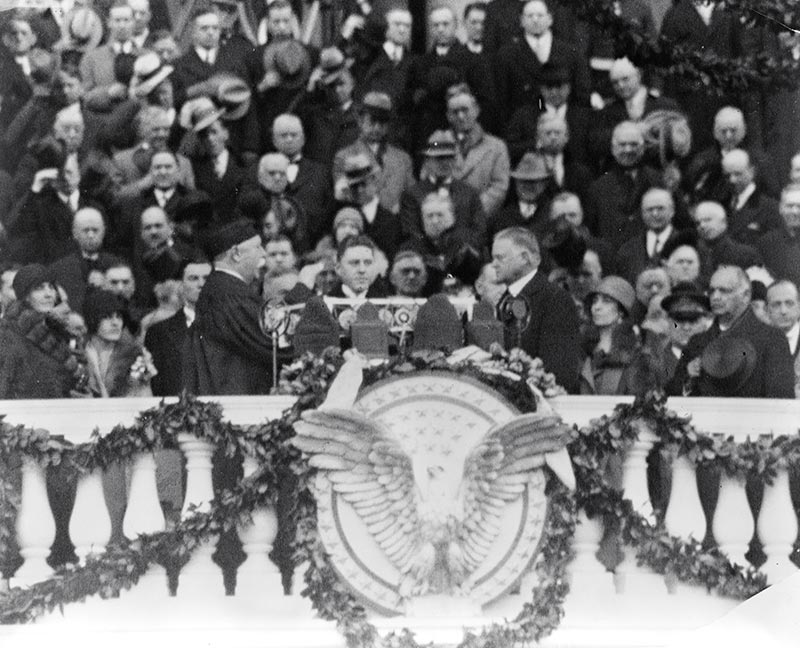 Hoover’s inauguration as President at the U.S. Capitol, March 4, 1929

Following the war, Hoover was active in Republican politics in America and was elected to the Presidency after serving in cabinet office. One year into his term, the stock market crashed (1929) and he received all the blame for it. In 1932 Franklin Roosevelt became president and vilified and lied about Hoover for the next fifteen years. FDR’s interpretation of Hoover became the standard fare for America’s textbooks. 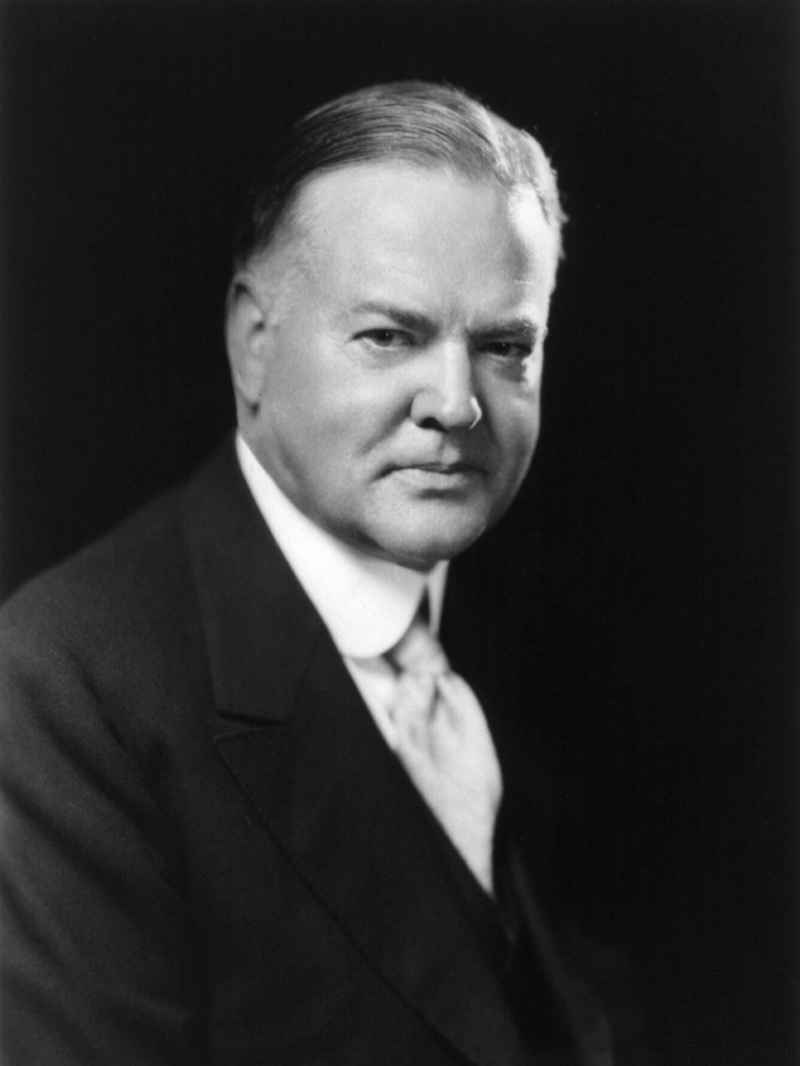 Herbert wrote thirty books on subjects like liberty, free enterprise, and foreign policy, as well as his private memoirs. Like all men, Herbert Hoover was far from perfect and is especially faulted by libertarians for trying to use executive and government powers to stem the Depression. But upon his death, the poor Quaker boy from Iowa was hailed as the man who saved millions of lives in the Great War.