The Death of Sir Winston Churchill, 1965

“Assuredly, the evil man shall not go unpunished, but the descendants of the righteous will be delivered.” —Proverbs 11:21

he history of the world is but the biography of great men,” wrote Scottish historian Thomas Carlyle. He was articulating the widespread belief that certain historical characters — through their leadership, wisdom, political power, or transcendent skills — influenced or shaped history in decisive ways. Although that theory fell in to disuse and abuse in the past century, one can hardly deny that there are elements of truth in the idea. Scripture demonstrates that certain individuals were raised up by God to glorify Him in particular ways that determined — from a human perspective — the direction of history. Moses, the Pharaoh, King David, Nebuchadnezzar, among numerous others, illustrate the point. I would suggest that Winston Churchill’s influence on the 20th Century made a decisive difference in the direction of the world history. 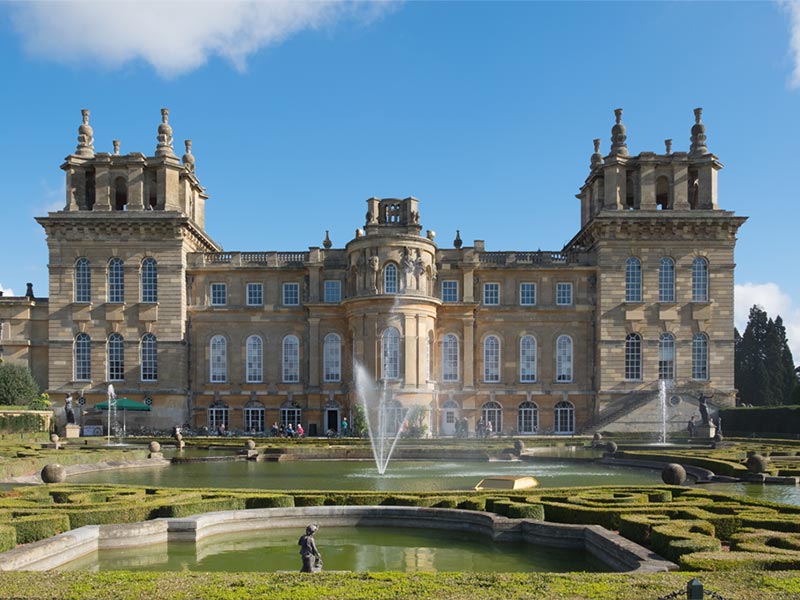 Blenheim Palace, Churchill’s ancestral home and the place of his birth

Winston Churchill’s parents followed a pattern of benign neglect in his early years, leaving his entire early training to his nurse, and, upon his reaching school-age, entrusted him wholly to boarding schools. Churchill, nonetheless, remained devoted to his egotistical and profligate parents throughout his life. After completing military training, he pursued a life of adventure and danger in India, Cuba, Sudan and South Africa. Just prior to the First World War, Winston Churchill entered politics, serving in several offices including First Lord of the Admiralty. Falling from political favor, he served briefly in the trenches in France with the Royal Scots Fusiliers. At the end of WWI he helped redraw the map of the Middle East. 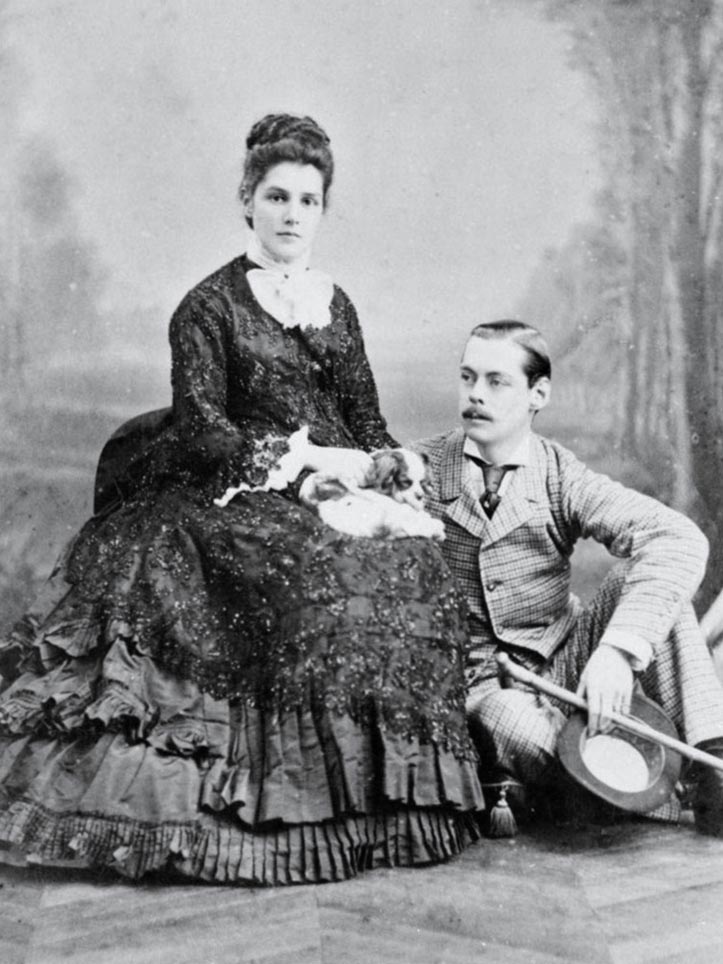 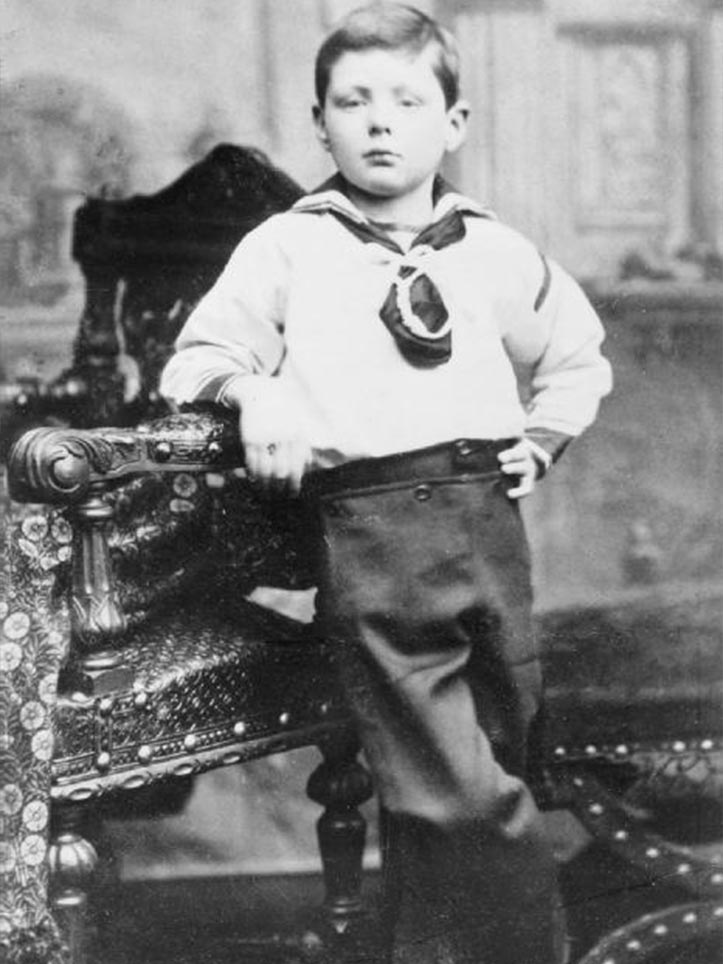 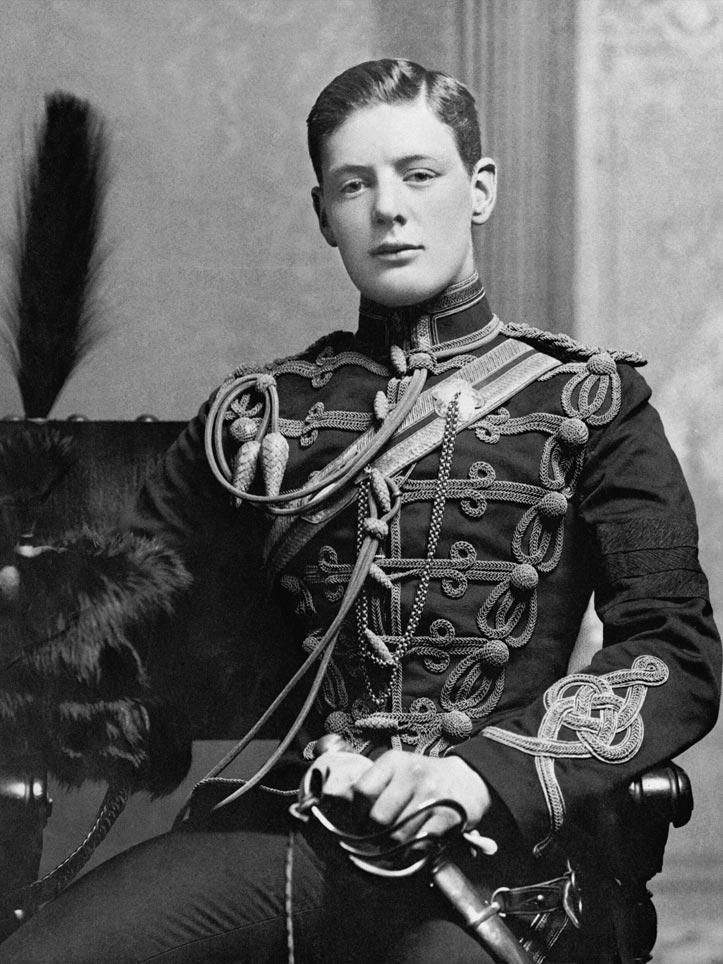 Churchill spent a decade in political exile, though serving as a back-bencher. Because his parents had squandered his inheritance, Churchill made his living through writing books and articles, the sum of which by the end of his life totaled fourteen, several of them multi-volume works. His magisterial The Second World War and History of the English Speaking People became instant classics. His many speeches have been compiled into collections and published as books and pamphlets. 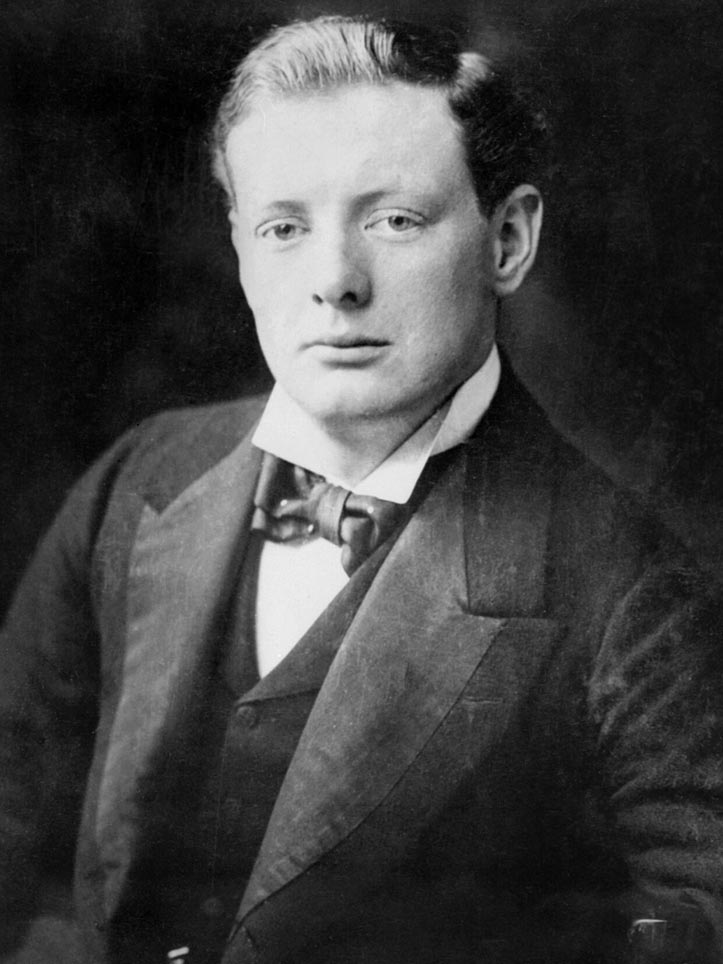 Churchill on a lecture tour of the United States in 1900 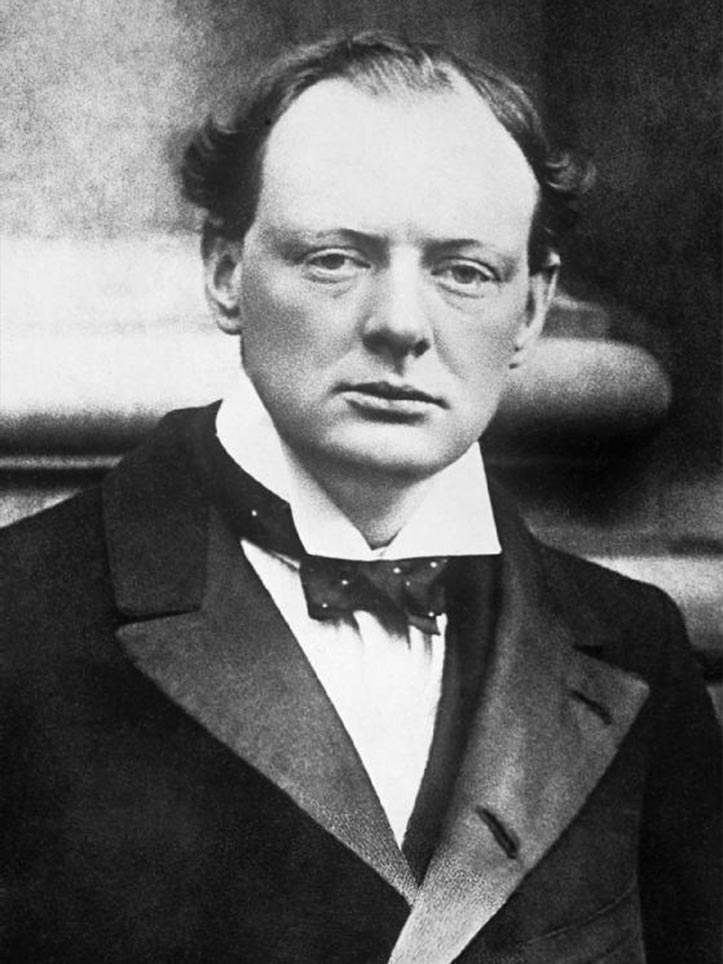 On the day Hitler’s German armies invaded France and the Netherlands, Neville Chamberlain resigned as Prime Minister of England and was replaced by sixty-nine-year-old, cherubic-faced, Winston Churchill. No peaceful turn-over of power has had greater consequences. Few men in history have been faced with darker times or more daunting circumstances. Faced with a triumphant German army racing through France, with the British armies back-peddling in defeat, a cabinet and ministry that was counseling compromise and negotiation with Hitler, and with no allies on the horizon, Churchill delivered his first speech to Parliament on May 13, 1940. He noted the coming “ordeal of the most grievous kind,” and promised them he had nothing to offer them but “blood, toil, sweat, and tears.” They were thus put on notice that there would be no compromise with, or surrender to, the evil enemies of freedom — perhaps it was not the speech they were hoping for. 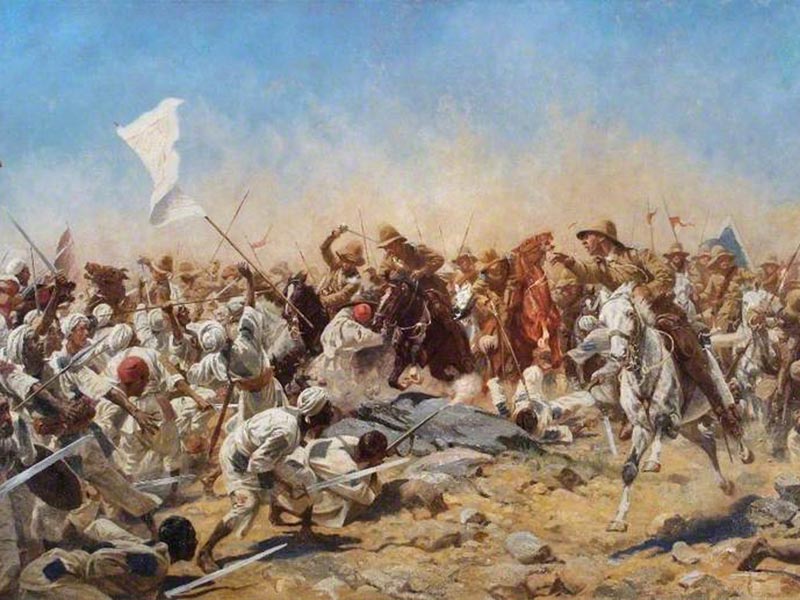 He reiterated to the country on June 4 that: 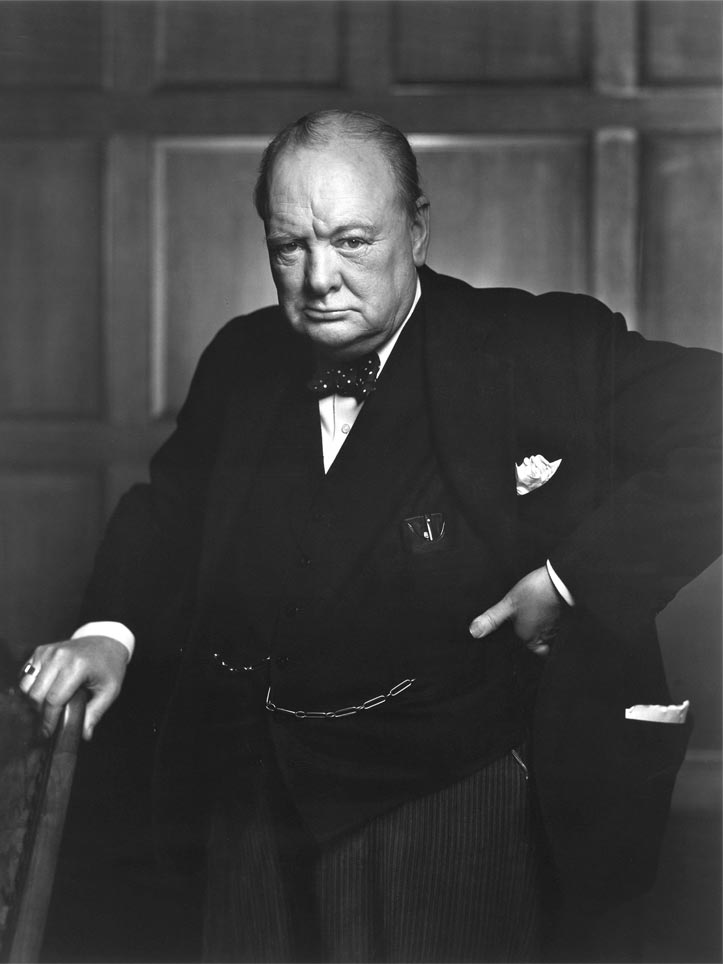 His rhetoric steeled the backbones of the English people in their darkest hour. In the end, by God’s providence, the Royal Navy and private seamen rescued their army from the beaches of Dunkirk, they sacrificed their air squadrons and won the Battle of Britain in the air, and in “God’s good time” crossed the Channel and defeated the enemy in France and Germany. 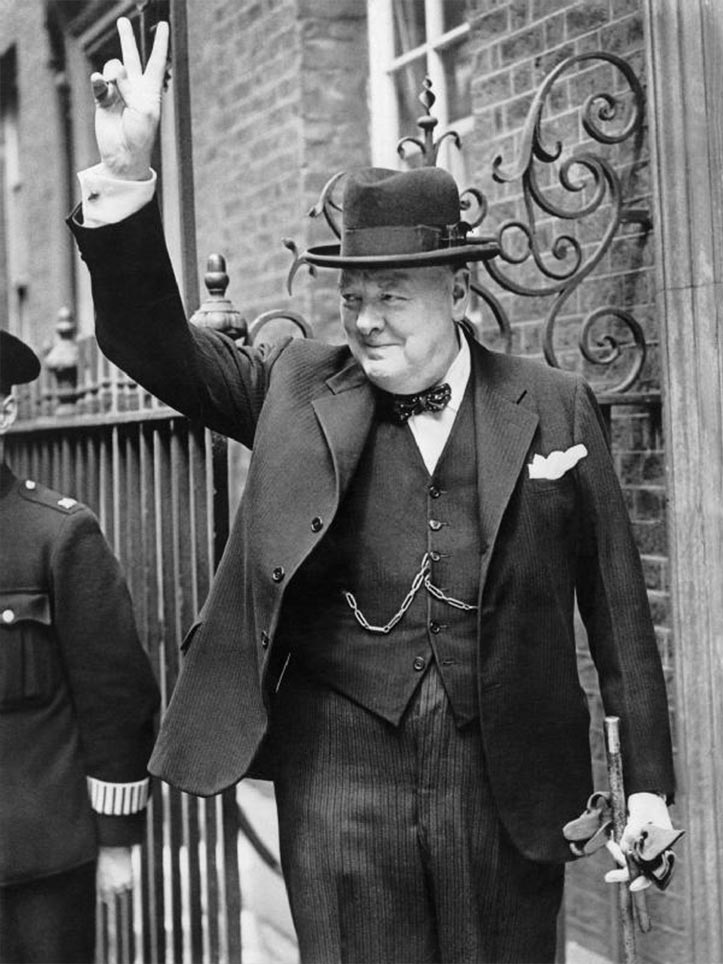 After an up-and-down post-war political career, Churchill died at the age of ninety-one, in 1965, mourned by his nation and all those who understood his incredible stand that saved the Allied cause in the Second World War.