“I have not hid thy righteousness within my heart; I have declared thy faithfulness and thy salvation: I have not concealed thy lovingkindness and thy truth from the great congregation.” —Psalm 40:10

homas Boston was born in 1676, in the midst of the “killing times” in Scotland, when the English King and his myrmidons in Scotland hunted down and persecuted the Covenanters. Thomas was born in the tiny parish of Duns in Berwickshire, in the Scottish borders, an area known for turbulence and rebellion. Thomas’s father John was a cooper by trade and a strict Presbyterian by conviction. Agents of the Crown arrested him for not conforming to the government’s demands regarding worship. Thomas remembered in his later years, visiting his father in prison. After the Act of Toleration in 1687, the Bostons began travelling to Whitsome, about four miles from their home, to hear Henry Erskine preach. Young Thomas was “spiritually awakened” at the age of eleven, after hearing preaching on John 1:29 and Matthew 3:7. He “loved reading the Bible” and began a lifelong study of Latin and Greek, to which in later years he added Hebrew. 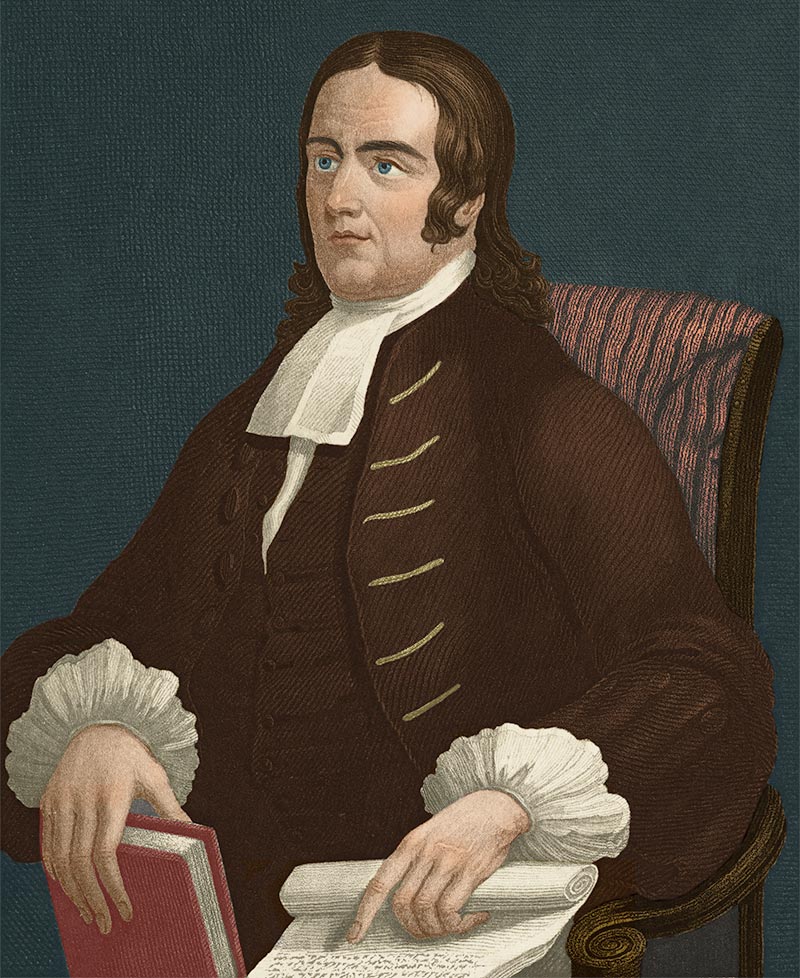 Boston attended Edinburgh University in the early 1690s and moved on to a theological education. After only one year, financial restraints compelled him to take a tutoring position, where his spare time was spent studying the Scriptures. Boston was licensed to preach in the Church of Scotland at the age of 22. His memoirs indicate he was a man of intense and constant prayer and a preacher of uncommon zeal. He served only two pastorates in his lifetime, Simprin and Ettrick, both in the Scottish borders. 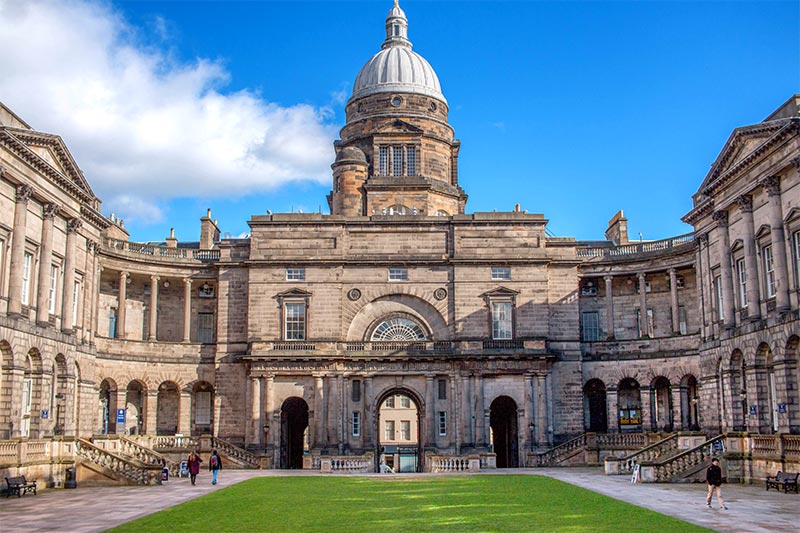 University of Edinburgh, founded in 1582

Church historians have classified Boston as one of the great preachers of his age, though he labored in rural, relatively obscure parishes. He kept a diary for many years and his memoirs have been kept in print by Banner of Truth; he wrote out his sermons; a twelve volume collection was published in 1849. Several books he wrote became Christian classics and have never been out of print. Twentieth century historian and theologian J. I. Packer, considers Boston and Jonathan Edwards the last of the Puritans, “prolonging into the eighteenth century of pure Puritanism,” though one was Scottish and one American. Boston, according to Packer:

“…exhibited “a dazzling mastery of the text and teaching of the Bible; a profound knowledge of the human heart; great thoroughness and clarity in exposition; great skill in applicatory searching of the conscience; and a pervasive sense of the wonder and glory of God’s grace in Christ to such perverse sinners as ourselves.” 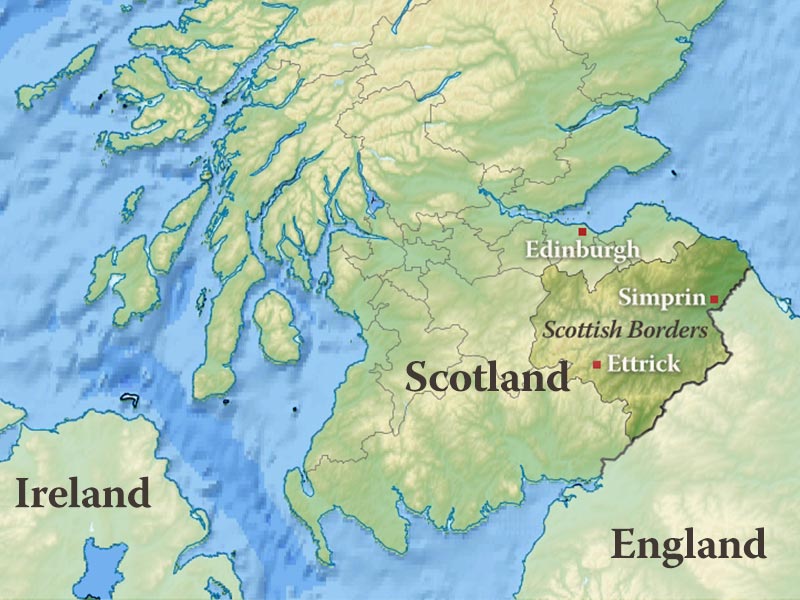 Boston served only two pastorates in his lifetime — Simprin and Ettrick, both in the Scottish borders

In Boston’s first call to the church in Simprin was the formative period of his life. “It was in the quiet of that secluded charge, and in the exercise of his calling among his ‘flock’ . . . that he first formed those habits of public work and private study from which he never deviated till the end.” That powerful and gifted preacher gave his all, regardless of the size of the congregation. He preached every week, held prayer and praise meetings in his home every Tuesday, catechized all over the parish and visited his family. When he accepted the call to the much larger parish of Ettrick, he did not deviate from his ministerial pattern. The new congregation, however, was “full of pride, self-assurance, and conceit.” The pulpit had been empty for four years and “the people had grown careless.” Through many hardships he persevered with very direct and convicting sermons to a congregation that began with under a hundred attendees, till at the end of his life had grown to over eight hundred. 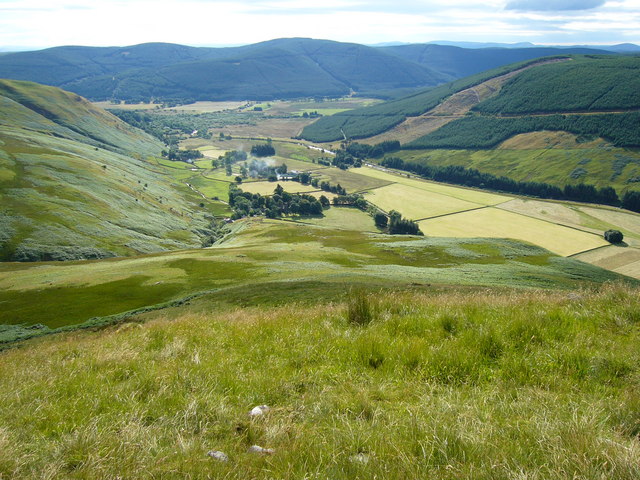 View of Ettrick Village in the Scottish Borders 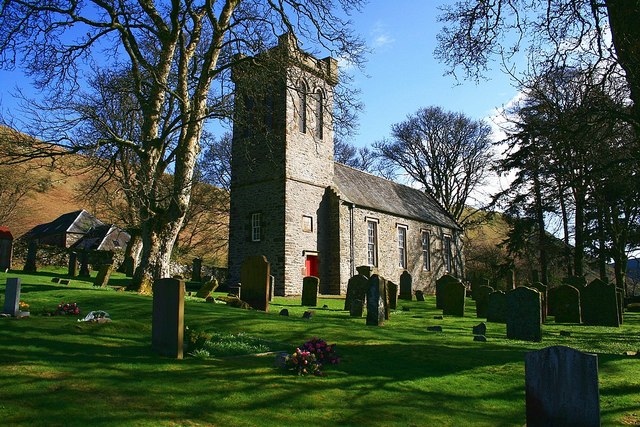 Ettrick Parish Church, where Boston was minister starting in 1707

Boston did not back down from confronting doctrinal compromise in the larger church, taking unpopular positions on theological issues of the day. His role in the so-called “Marrow Controversy” still resonates in some reformed churches today. He was criticized for too much enthusiasm in preaching and in pressing “heart religion” on his auditors. Dead orthodoxy had no place in Boston’s ministry. Today, Thomas Boston is probably best known for his work entitled Human Nature in Its Four-fold State, and The Crook in the Lot, concerning the suffering and setbacks in the Christian life. The Memoirs of Thomas Boston tell the profound story of a humble and devout pastor whose thirty-two years of ministry have blessed generations of Christians ever since. He died May 20, 1732.

“As to the crook in your lot, God has made it; and it must continue while He will have it so. Should you ply your utmost force to even it, or make it straight, your attempt will be vain: it will not change for all you can do. Only He who made it can mend it, or make it straight.” —Thomas Boston, The Crook in the Lot; or, The sovereignty and wisdom of God displayed in the afflictions of men