The Men of Scotland’s Past: Columba 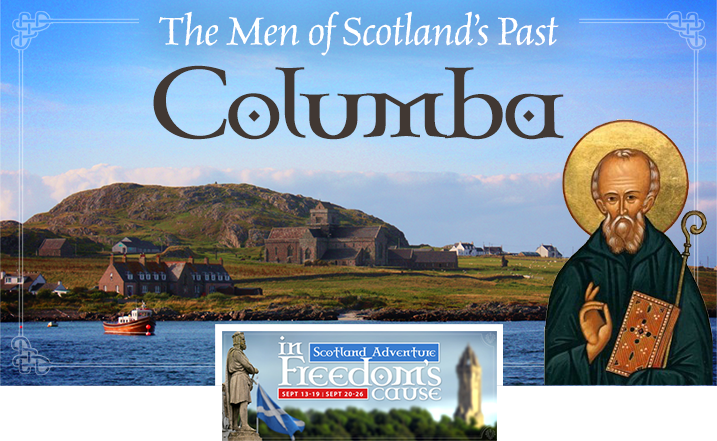 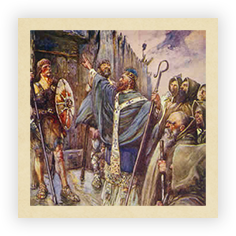 n the 6th century, a warrior-monk of Ireland named Columba brought his fellow missionaries to the tiny island of Iona off the Scottish coast on the western side of the Isle of Mull. As a part of the monastic movement in Ireland, perhaps three generations from the coming of the Christian faith to the emerald isle, Columba’s spiritual exploits became the stuff of legend. Adomnan of Iona wrote a biography of Columba about a hundred years after his death and it became a much revered classic hagiography. His words and deeds were exaggerated and passed on with embellishment in every generation until the Roman Church claimed him and made Columba a “saint.” It is a story full of tales of miracles, prophecies, and hearsay about his life, so we must read with care and a healthy skepticism to find the real Columba.

Nonetheless, what is clear is that Columba trained missionaries and sent them out, copied biblical manuscripts, and established the educational foundations for future ministers of the Gospel sent forth from Iona. The island became the burial site of Christian Irish and Scottish kings including Kenneth McAlpin, the first king to unite the Scots and Picts. The pagan Vikings in their brief forays and raids there, killed the monks for the sport of it. Yet the Church remained. Over the centuries, Christians have visited the quiet island in the midst of the sea to contemplate how God used a handful of monks to spread the Gospel to the British Isles and preserve the documents of the faith in beautiful manuscripts.

The Beautiful Isle of Iona

It is a small island covered by the mists of time, yet the reality of Gospel witness in the early centuries of the Church still reverberates with the memory of Columba and his successors. We will walk the paths of Columba and visit the medieval ruins and graveyard of the kings. We will climb the hills and watch the sea, basking in the beauty of a remote but not God-forsaken land—a launching pad for the timeless Gospel of Christ.

Join Marshall Foster, Colin Gunn, Bill Potter and our small group of kindred spirits for two nights on the enchanting Isle of Iona as part of the Highlands Leg of our Scotland Tour!