The Men of Scotland’s Past: Samuel Rutherford 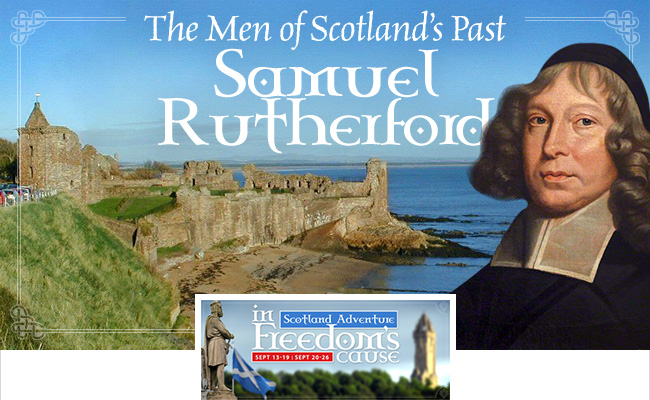 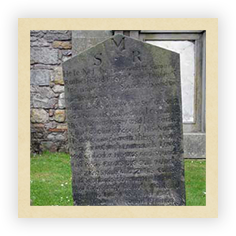 e is buried in the precincts of the ruins of St. Andrews Cathedral. It is certainly a comfortable and symbolic resting place for the leader of the “radicals” who proclaimed Christ as the head of the church, and His Word the only standard for worship. For twenty years Samuel Rutherford frustrated the enemies of the Covenanted Kirk of Scotland, whether noblemen seeking to curry favor with the crown, churchmen willing to compromise, or kings who hated his stand against prelacy and burned his books at the hand of the public hangman. He died of natural causes as the soldiers came to drag him off for trial and the gallows.

Samuel Rutherford’s early life remains obscure, though we know he was born around 1600 near Nisbet, Scotland. He earned his degree at Edinburgh College and was so brilliant they hired him as Professor of Humanity. The little country church in Anwoth by the Solway Firth, near the present village of Vale of Fleet, welcomed Rutherford as pastor in 1627. Unlike some ministers of scholarly bent, Rutherford did not allow his intellectual superiority to impair his warm-hearted ministry to souls. “He was always preaching, always visiting the sick, always catechizing, always writing and studying.”

In his lifetime, Rutherford published several profound treatises on theological topics, practical counsel, and ecclesiastical controversies. His most contentious work, Lex Rex, or The Law and the Prince — for which he would be attacked, hounded by the civil authorities, and eventually pursued for execution — brought notoriety which reached to the throne rooms of monarchs. His defense of Reformation presbyterian doctrine against the prevailing episcopacy of England and Scotland resulted in his exile to the northern city of Aberdeen. 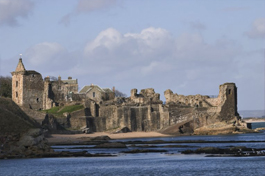 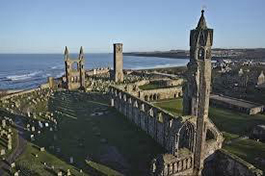 In 1639 after the signing of the National Covenant, episcopacy was overthrown and Rutherford was appointed Professor of Theology at the University of St. Andrews. His influence in the national church, the Kirk, exerted a profound influence over the next generation of preachers in Scotland. Rutherford’s leadership helped many pastors resist compromise of the Gospel for two decades of struggle, civil war, and triumph of Reformed religion in Scotland. The effects of Rutherford’s influence helped many endure the years of persecution and martyrdom after the Restoration of Charles II.

Samuel Rutherford made friends easily and often and corresponded with them throughout his life, but especially when in exile. Ironically, those letters, published posthumously, have proven to be a lasting legacy of his godly counsel, especially in times of bereavement and persecution, and have been reprinted many times through the centuries. Lex Rex, the work that brought him the most trouble, however, probably most secured his place in history as it challenged the “divine right of Kings” and inspired the republican opposition to tyranny wherever Scots would settle in the world, especially in America. His last words inspired a hymn — “The Sands of Time are Sinking” — which hearkened to his eternal reward and has reflected the desires of Christians through the centuries. Look it up and get a glimpse of Samuel Rutherford.

Join Marshall Foster, Colin Gunn, Bill Potter and our small group of kindred spirits for an unforgettable day full of the rich history of St. Andrews as part of the Lowlands Leg of our Scotland Tour!