kinawa holds first place as the most difficult and costly military undertaking in the Pacific Theatre of World War II. Twenty-three Medals of Honor were awarded to American soldiers, which speaks of the ferocious and unrelenting nature of the battle. A recent award-winning film about Desmond Doss—an Army medic and a Christian, who was wounded four times and saved the lives of many men of the 77th Division at Okinawa—showed in graphic scenes the horror of the battle. 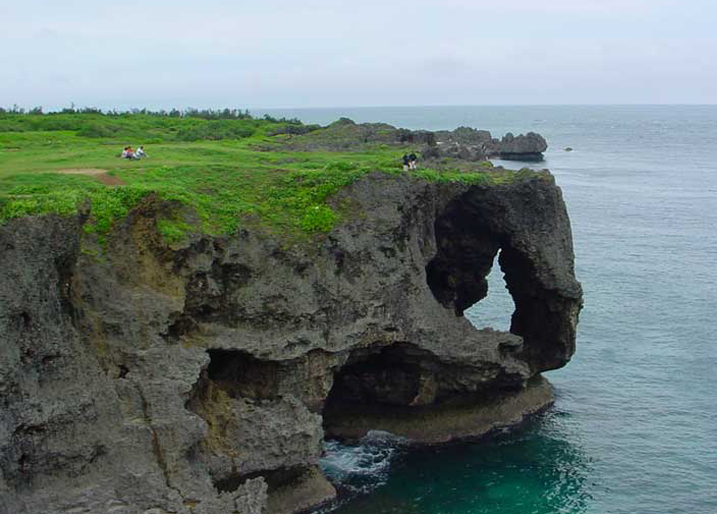 The Cliffs of Okinawa, demonstrating the difficulty of attack 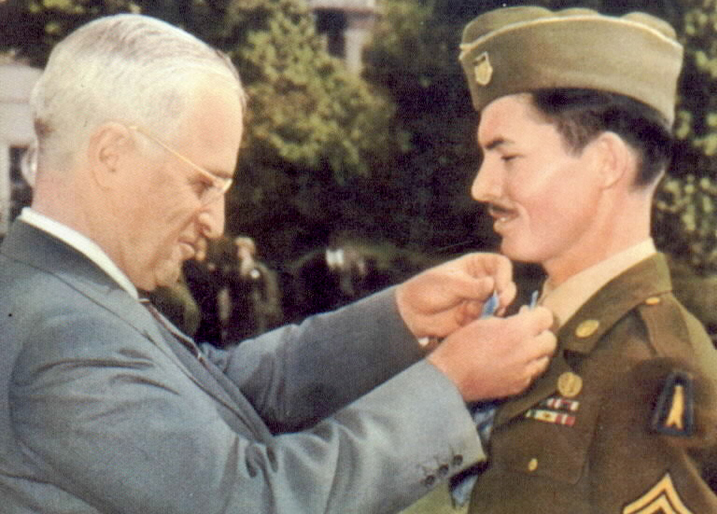 The Japanese considered the island part of their homeland, though the 300,000 Okinawans still preserved some cultural differences. The battle was the last before the nuclear age began at Hiroshima and Nagasaki, where about 200,000 died. More people died at Okinawa than the atomic-bombed cities—at least 150,000 of them civilians, 39,000 American Army and Marines, and at least 110,000 Japanese soldiers.

The landing was unopposed, for the Japanese had dug into the volcanic rock, lived in caves and on mountains, and had decided to let the Americans put as many men in the killing zones as possible. It turned out to be an effective strategy. For eighty-two days, the Americans pounded the Japanese positions from air and sea and land, and the foot soldiers captured the island a foot at a time, roasting the enemy in their caves and expending unprecedented amounts of blood and treasure. Some civilians leaped to their deaths from the cliffs to the rocks below, clutching their babies, because they had been told by the Japanese that the Americans would eat their children. Entire villages ceased to exist with living persons. 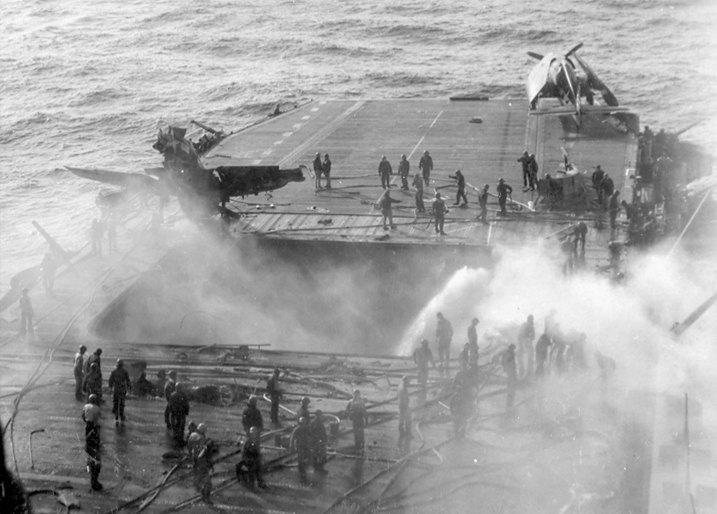 The effectiveness of a kamikaze attack on a US carrier 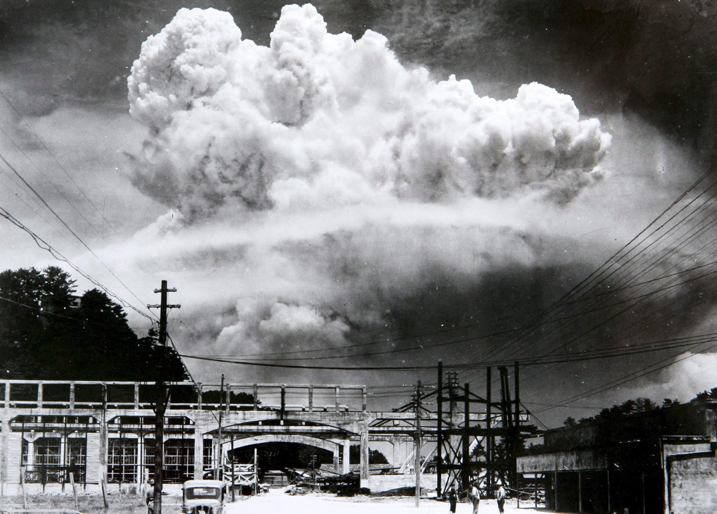 The Nagasaki atomic bomb cloud, seen from a distant village

An American Naval Task Force supporting the troops and defending themselves against relentless air attack lost twenty ships and had one hundred fifty seven damaged, many of them by suicide “kamikaze” attacks. More than 1,100 Japanese planes were shot down. The Japanese battleship Yamato was sunk with the loss of 3,700 sailors. Judging from this first battle for the enemy homeland, American strategists realized that a landing closer to Tokyo would be costly beyond measure. The American bombing campaign of the Japanese mainland continued without letup, burning entire cities to the ground and killing hundreds of thousands of civilians until the decision came down from President Truman to unleash the atomic bombs. 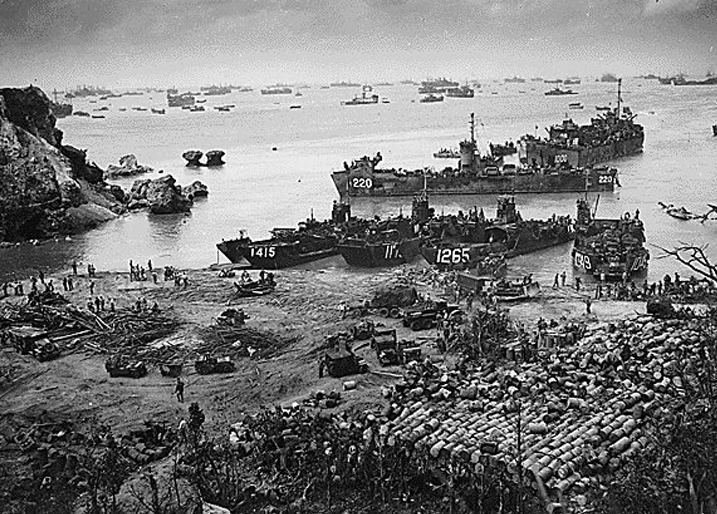 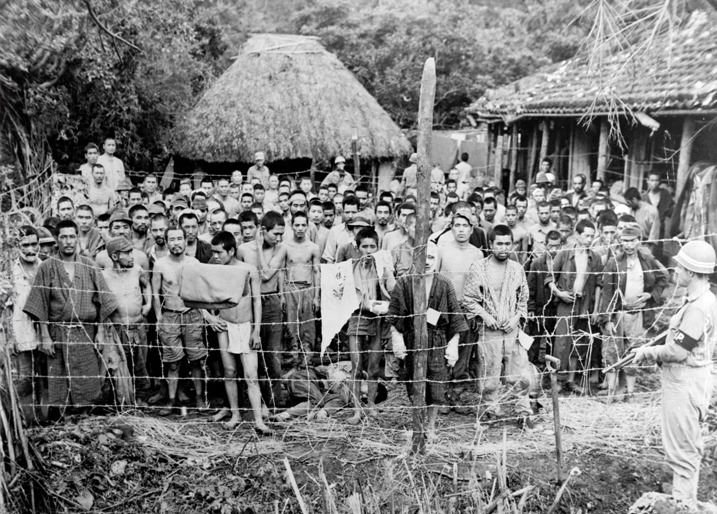 All the horrors of war coalesced at Okinawa, the decisive and final land battle of a war that took an estimated 60 million lives. Rightly did James say that wars come from the fact that you “lust and do not have. You murder and covet and cannot obtain.” What is true for the individual, when multiplied exponentially by civil governments in their foreign policy, resulted in the Battle of Okinawa seventy-two years ago.

For more information on the battle, I recommend:
1. Tennozan: The Battle of Okinawa and the Atomic Bomb, by George Feifer
2. Typhoon of Steel: The Battle for Okinawa, by Belote and Belote