“And we know that all things work together for good to them that love God, to them who are the called according to His purpose.” —Romans 8:28

t was not until the 19th Century that a significant foreign missionary movement by American evangelical Christians began in earnest. Adoniram Judson, a Massachusetts Congregationalist, was one of the first to take up that call, and on this day sailed into the harbor at Rangoon — the capital of Burma, his destination. His forty years of service in Burma would have astounding results, some of which can be seen today. 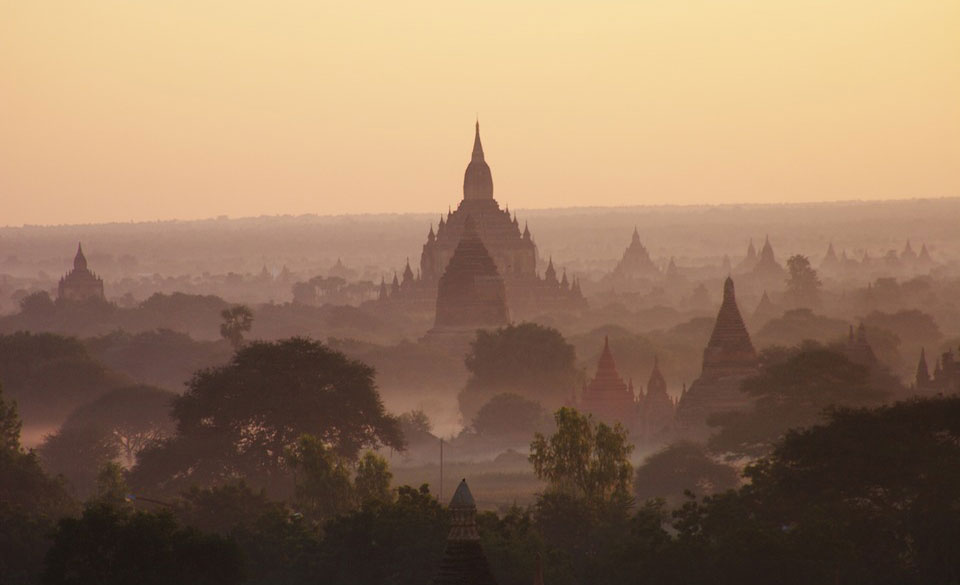 In his youth, Judson heard the Gospel from his minister-father and devout mother. In college he associated with deists and skeptics and abandoned the faith of his fathers, entranced by the atheistic philosophes of Revolutionary France. A brilliant scholar in his own right, Judson mastered Latin, Greek and Hebrew and graduated as valedictorian of his class, moving on to Andover Seminary, apparently bent on an academic career as a subverter of biblical Christianity. The death of his best friend, full of despair and without hope, arrested the careless Judson and brought him back to the Gospel he had been taught as a child, and he made a profession of faith with determination to use his gifts for the Glory of God. On the mission field the obstacles he would face over the next forty or so years would have deterred or killed a normal man. 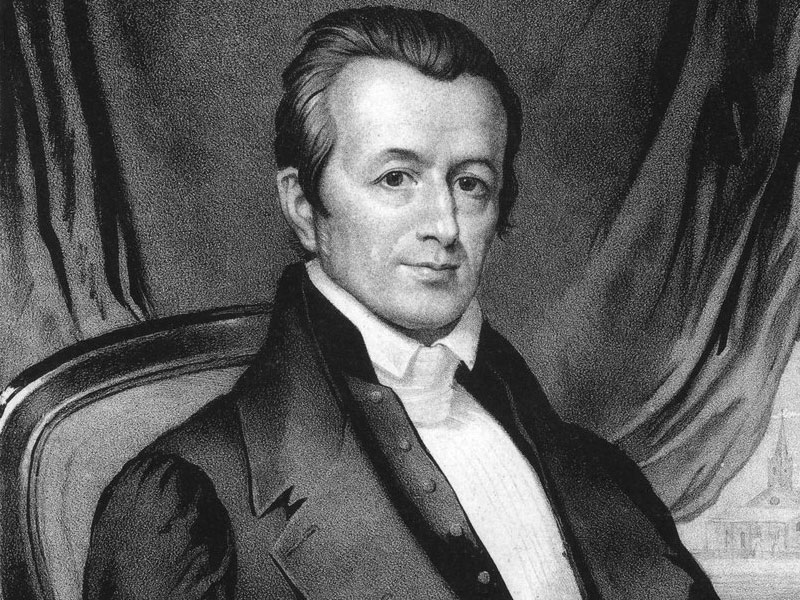 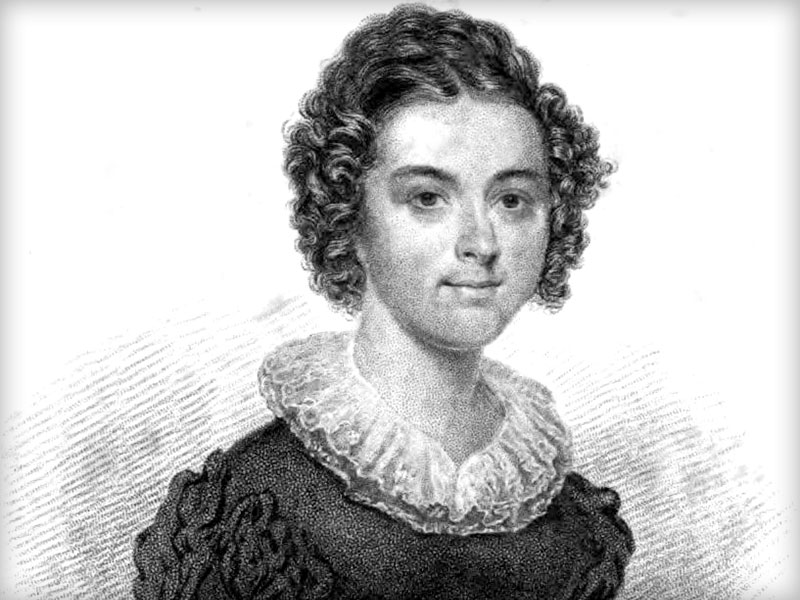 On the long and dangerous journey to India, Adoniram and his wife Ann (“Nancy“) came to question their view of baptism. Meeting with the English businessman-missionary William Carey in India, Judson formally changed his views on baptism, resulting in his having to appeal to American Baptists for financial support. With new backing he continued to Burma, having been told that the millions of Burmese were absolutely impervious to the Gospel of Christ. It probably seemed true to Judson, for after twelve years, only eighteen people had professed conversion, and they faced execution for violating the laws against leaving Buddhism. 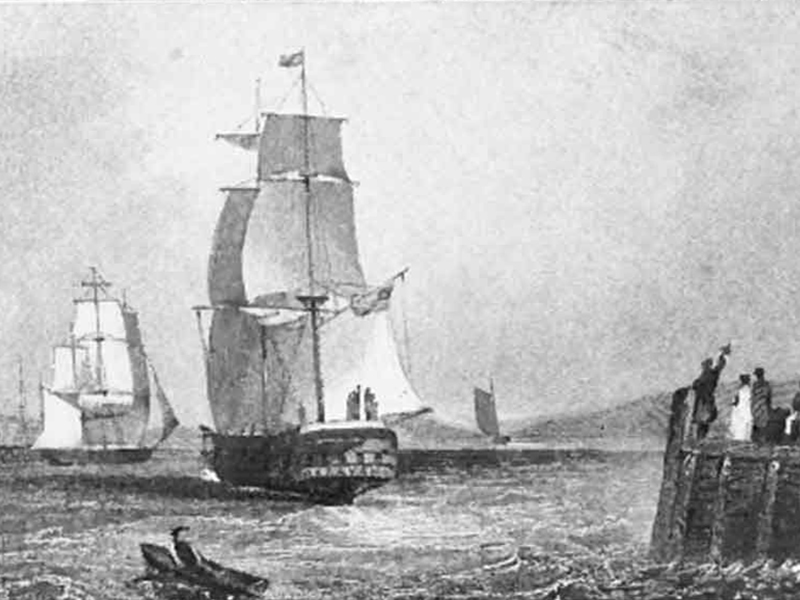 Sailing from Salem Aboard the Caravan 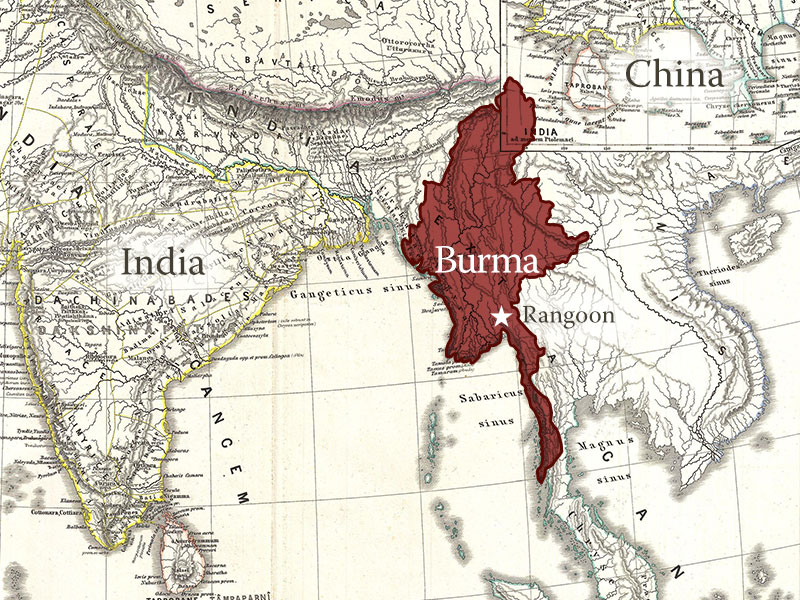 Burma and the Bay of Bengal

When the British went to war with Burma, Judson and a fellow missionary were arrested and thrown into a filthy prison for seventeen months. The fact that they were Americans made no difference. They were foreigners and they spoke English, so they were treated as spies. Tortured and diseased, Judson languished in the prison expecting to die. His wife tirelessly petitioned the government to release him. In God’s good providence, he finally was set free and then hired by the Burmese government to help translate for negotiating the treaty that followed the war. So fluent had the missionary become that he translated the New Testament into Burmese and completed half of a Burmese dictionary, still in use there today! 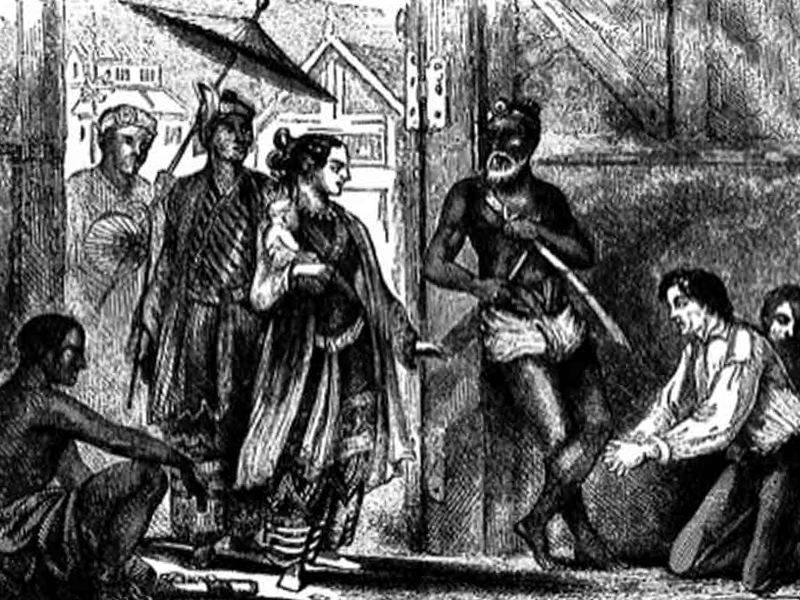 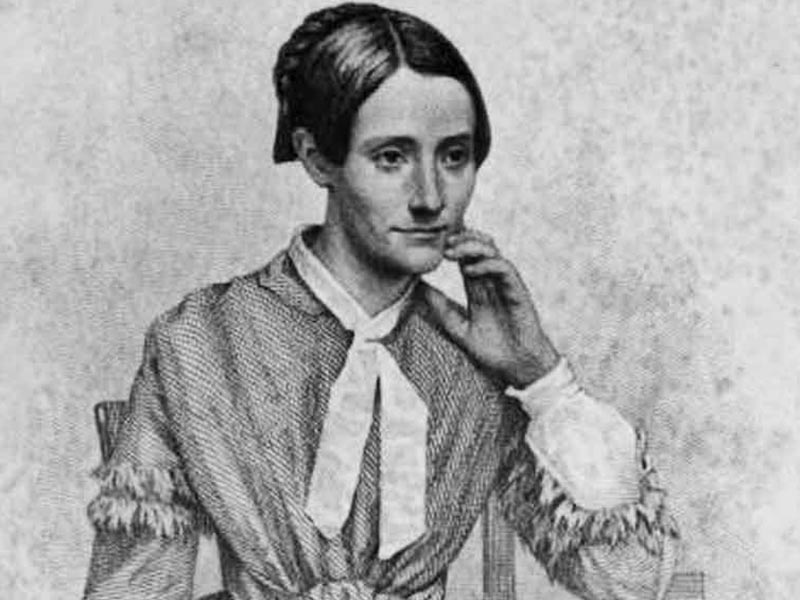 Although only partially successful in Rangoon, Judson found a field ripe unto harvest in the northwestern frontier of the country among the Karen and Kachin people — émigrés centuries before from western China. His powerful ministry — attended by the power of the Holy Spirit — resulted in the establishment of over a hundred churches with more than 18,000 converts. Burma, now called Myanmar, has one of the largest number of Baptists in the world.

After Judson’s faithful wife Anne died, he remarried the widow of a fellow missionary. Together they had eight children, before she died aboard ship on their way to visit their churches in America. He remarried in America and had one child before Judson himself died aboard ship at the age of 61 in 1850. Though buried at sea, his legacy lives on and there are memorials to him scattered across America and Burma.

To the Golden Shore, by Courtney Anderson (1987)