“For I say to every man that is among you, through the grace given unto me, not to think of himself more highly than he ought to think, but to think soberly according as God hath dealt to every man the measure of faith.” —Romans 12:3

here are ten towns, three counties, three streets, and a hospital in the United States, and a three-star hotel in Caithness, Scotland named after Arthur St. Clair, but if you list American generals of the War for Independence, his name does not usually appear near the top of the list. He is noted by trivia buffs as the only President of the United States born in Europe, the first governor of the Northwest Territories, and the officer in command during the greatest defeat of an American army by native American forces, in history. He died in poverty in a one-room log cabin near Greensburg, Pennsylvania at the age of eighty-one. 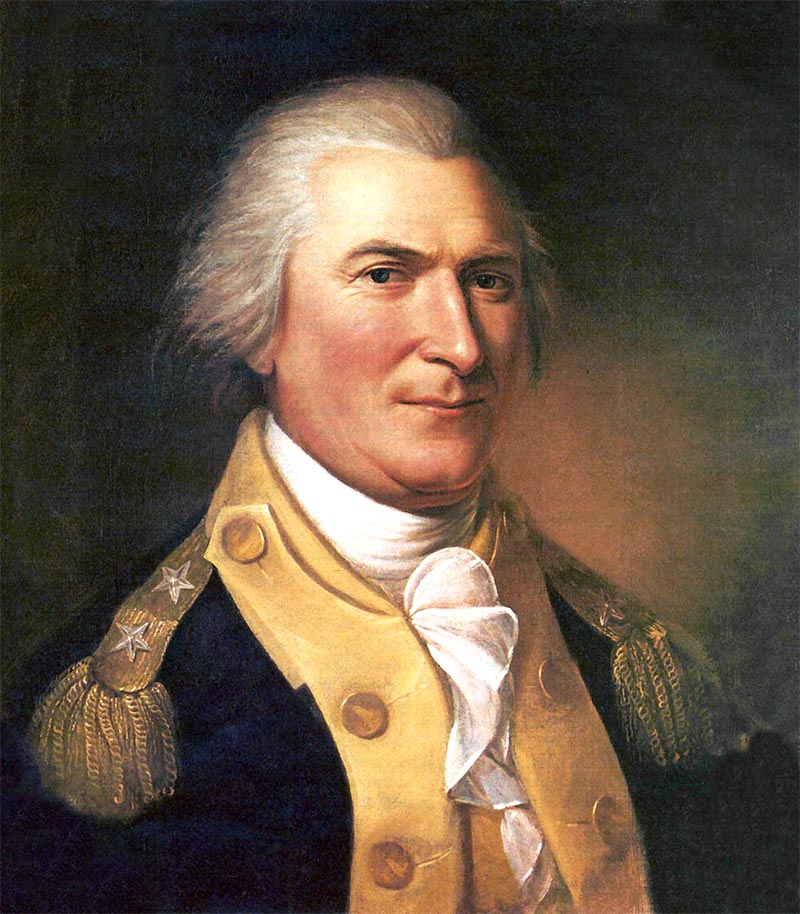 St. Clair was born into a Highland Jacobite family in Caithness. He was eleven years old when his fellow-clansmen died fighting for Bonnie Prince Charlie at Culloden. Some historians believe he purchased his commission in the British Army in 1757 to learn the secrets of their success in order to fight them later. Arthur St. Clair came to America with his regiment and fought in the French and Indian War under General Wolfe at the decisive Battle for Quebec City. St. Clair resigned his commission and remained in the colonies, becoming the largest land-owner in Western Pennsylvania, living in the Ligonier Valley. He served in a variety of political positions until the mid-1770s when he identified with the American cause against Great Britain. 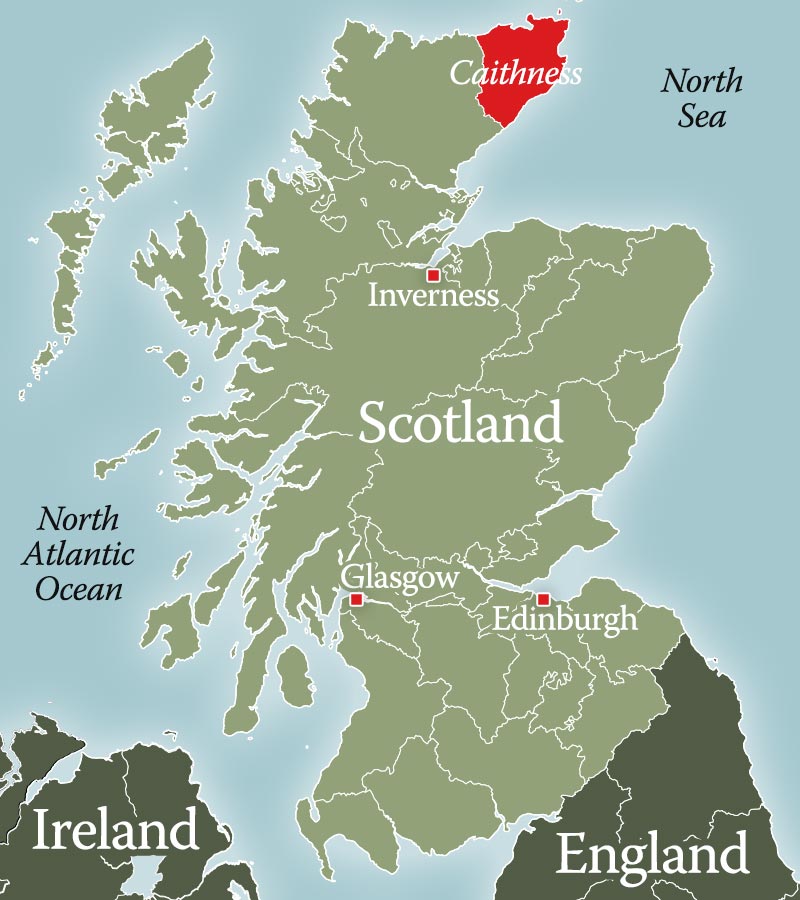 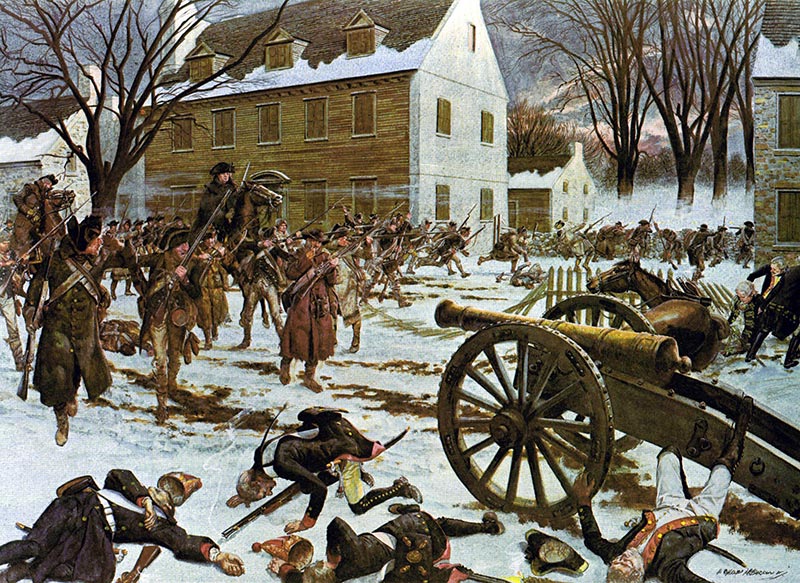 He began the war as a colonel of a Pennsylvania regiment but was swiftly promoted to Brigadier General and sent by George Washington to recruit and command the New Jersey militia. St. Clair participated in the Christmas Eve attack on Trenton, and he is credited with the strategy of flanking the British and attacking at Princeton, which turned into another American victory. Promoted to Major General at Washington’s urging, the Scottish soldier was given command of Fort Ticonderoga in Northeastern New York in 1777.

The fort was a key strategic point of defense of New York and New England. Though brave and experienced, St. Clair did not fare well in static defense. The British were able to sneak up close and batter the fort with artillery, forcing the Americans out. The patriotic commander had to undergo a court martial but was acquitted of all charges, with the support of General Washington. St. Clair’s portrait in uniform shows a determined and forceful personality, a man born to lead. Because of the lapse at Fort Ti, however, he never regained his status in field command. 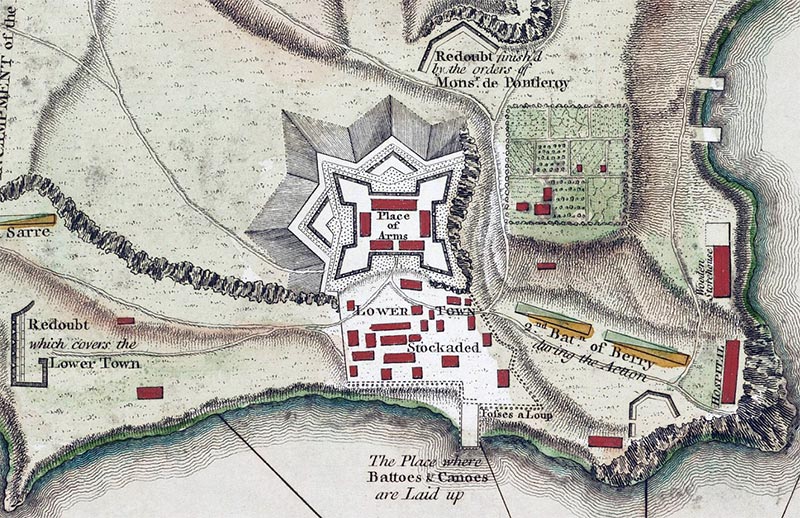 Detail of a 1758 map showing the layout of Fort Ticonderoga

St. Clair was elected to the Congress in 1787 and appointed President under the Articles of Confederation, thus becoming the only man in that office who was not born on American soil. His congressional comrades appointed St. Clair the first Governor of the Northwest Territories, from which position he built forts and signed treaties with local tribes. In 1791, Arthur St. Clair again took to the field, this time against British-backed local tribes, as a General in command of a force of about a thousand men—frontier militia and United States Regulars, with a warning from President Washington to beware of ambushes. 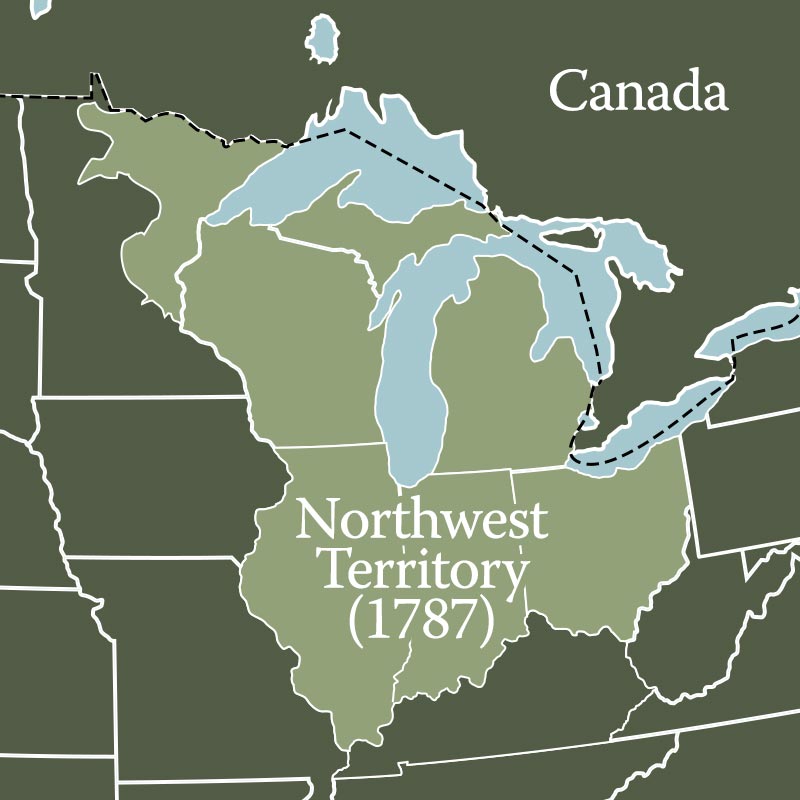 A coalition of a thousand Delaware, Shawnee, and Miami warriors surprised St. Clair’s forces near the Wabash River in modern-day northeast Ohio; the militia had not deployed pickets outside the camp to warn of just such an attack. The Indians swept over the camps, annihilating the militia. Only a last, desperate bayonet charge by regulars enabled a handful of men to survive unscathed as they ran to the nearest fort. All of the nearly 200 camp followers were massacred and more than 97% of the army itself fell, most of them killed. Approximately one-quarter of the United States Army was wiped out. The defeat remains as the costliest battle in American history and became the first great challenge that the executive branch had to deal with regarding the defense of the country. All sorts of precedents were set by President Washington’s response. 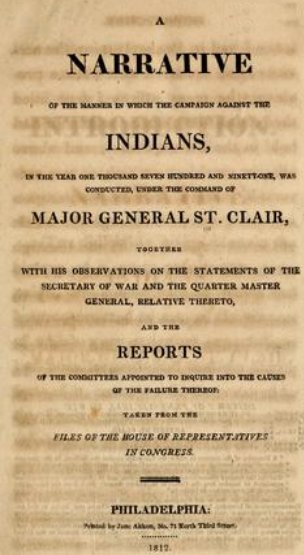 An 1812 printing of an account of General St. Clair’s campaign against the Indians in 1791

Arthur St. Clair remained Governor of the Northwest Territories until 1803 when Thomas Jefferson removed him for defying the authority of Congress to govern the territories. Perhaps his Masonic connections had something to do with his keeping his post, but his autocratic ways were too Federalist for the times. He died in poverty in 1818 while living with a daughter in Western Pennsylvania. Had St. Clair been a little more cautious and less arrogant, he might have saved Fort Ticonderoga and secured his military reputation for the War of Independence. He falls to the second tier of leadership, however, and his mishandling of the conflict with the Indians in 1791 wrecked what successes he previously achieved. No doubt his kin-folk in Scotland would have been proud of his patriotic fight against the tyranny of the King, and would have recognized his defeat at the hands of the American equivalent of Highland clans.