“By the breath of God frost is given: and the breadth of the waters is straitened.” —Job 37:10

rovidence surely is mysterious. But in looking back, we see the remarkable ways and means ordained of God to bring about the historical consequences. On the afternoon of April 5, 1865, the United States Secretary of State, William Henry Seward, with his son Fred, daughter Fanny and Fanny’s friend Mary Titus, drove in their carriage out Vermont Avenue in Washington, D.C. The carriage door kept flying open and one of the men ordered the driver to fix it. As soon as he alighted, the horses bolted full speed down the city street. Frederick jumped out immediately to help but was thrown to the ground. Secretary Seward jumped to stop the horses, but tripped and fell at high speed and suffered several severe injuries. A passing soldier stopped the carriage and Seward was taken to his home unconscious. His injuries were severe with a dislocated shoulder, his jaw broken on both sides, and one arm broken in several places. 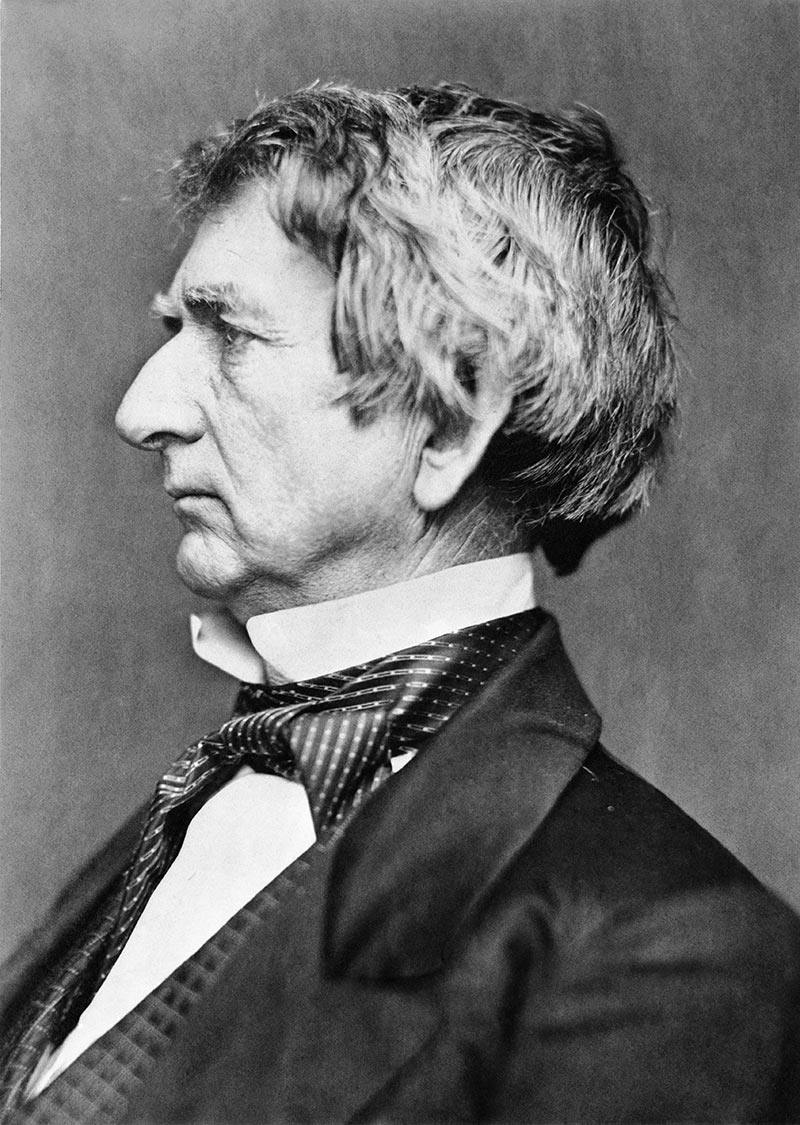 Four days after the accident, General Lee surrendered at Appomattox. The Secretary was beginning to recover when, on April 14, “Good Friday” an assassin, Lewis Powell, broke into his home and attacked Seward. Although Powell’s pistol misfired, he hurled himself on Secretary Seward, after wounding both Frederick and the butler. Powell cut the Secretary’s cheek badly, but the apparatus protecting his broken jaws deflected some of the potentially fatal blows. Fanny’s screams brought son Augustus and others to wrestle with the killer, driving him out of the house. That same night President Lincoln was assassinated by John Wilkes Booth, the leader of the conspiracy. Seward barely survived the attack, although it took months for him to return full force to work as Secretary of State in the new administration. 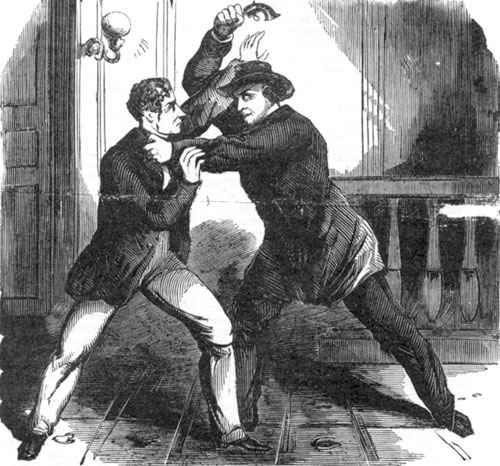 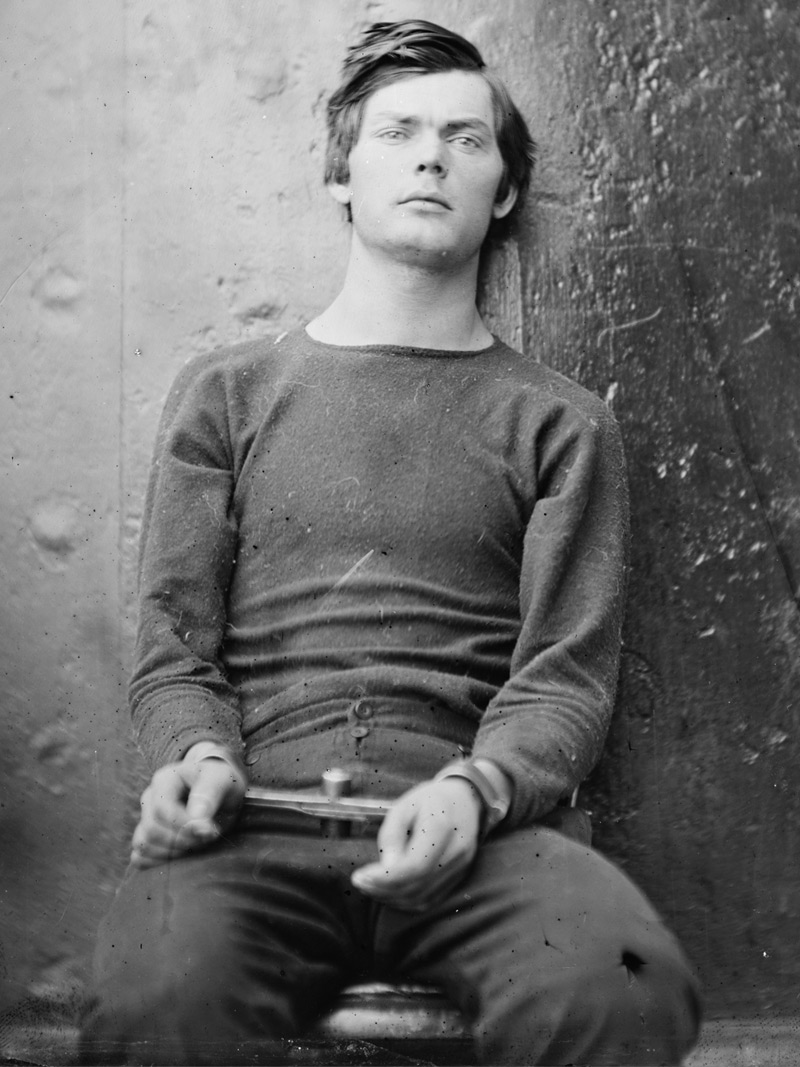 Photograph of Lewis Powell (1844-1865), would-be assassin of Secretary Seward, and co-conspirator in the Abraham Lincoln assassination, taken aboard the USS Saugus, where he was confined for a time

William Henry Seward (1801-1872) was born into a slave-holding family in Orange County, New York. He served in Albany as a legislator from Auburn, New York, and was elected to the United States Senate in 1849. Seward joined the nascent Republican Party and rose through the ranks to become the foremost and favored potential candidate for President in 1860. So confident of election was he, that he took a European vacation during the campaigning months leading up to the election. He and four or five other candidates were defeated by the consummate politician of Illinois, Abraham Lincoln. Seward was so skilled and politically powerful, that after the election, Lincoln chose him as Secretary of State, a role he relished and excelled in, as expected, setting aside his personal ambitions, and remaining loyal to Lincoln’s administration. 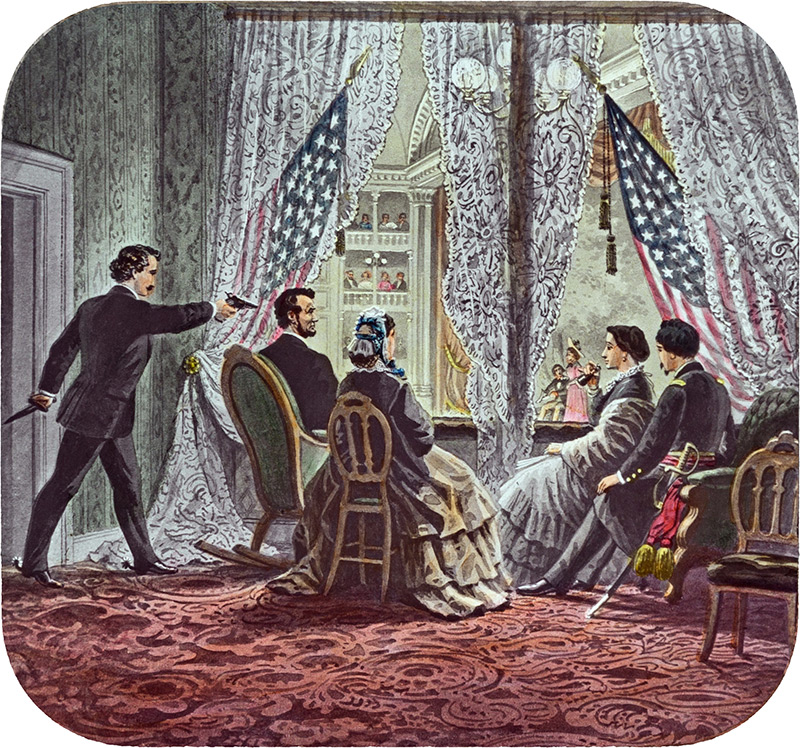 The assassination of Abraham Lincoln by John Wilkes Booth, April 14, 1865

After Lincoln’s death, Seward remained in Andrew Johnson’s cabinet and carried on an expansionist foreign policy, pursuing statehood for western territories, probing possibilities for annexing Canada, buying Iceland and Greenland, and negotiating with the Russians to acquire Alaska, at the time known as Russian America. Despite thousands of square miles of frozen waste, a vigorous fishing, whaling, and maritime culture, mostly Russian and native, clung to the shoreline and islands of the Aleutian archipelago. During the Civil War, Russia had supported the Union, even sending a naval squadron to visit in 1864. Seward had wined and dined the visitors and developed a very cordial and close relationship with the ambassador, Baron Eduard de Stoeckl. The Russian suggested during the war that Tsar Alexander II might be interested in selling Russian America, given its distance from Moscow, influx of American pioneers, and the economic hard times for the Russian government. Seward did not forget those discussions and after the war broached the subject with Stoeckl again. 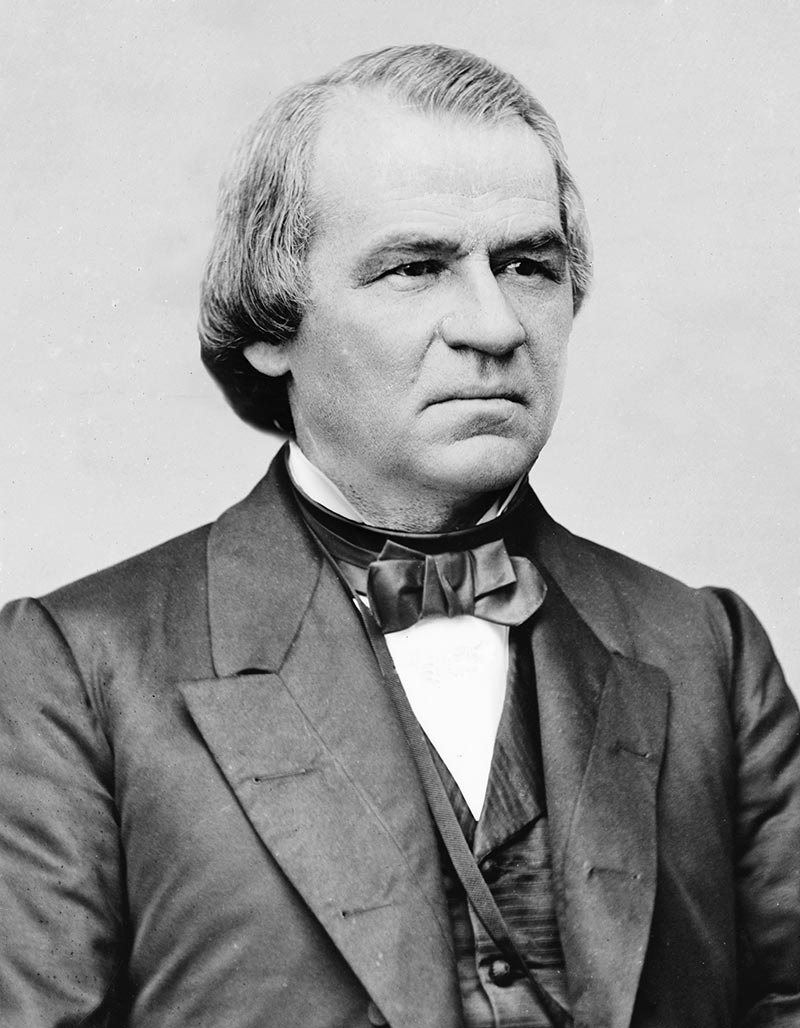 With White House approval, Seward negotiated a treaty with Russia to purchase Russian America, eventually agreeing to 7,000,000 dollars—about 2 cents per acre for a territory twice the size of Texas! The wily Secretary of State began lining up Senate support for ratification. The opponents of the treaty in the Senate based their objections on the expense involved, the need for concentrating attention on domestic affairs, and sheer hatred of the administration. At the same time the treaty was under debate, the radical Republican Senate brought impeachment charges against President Johnson, and anything he wanted, they tended to oppose. In the end, however, the treaty passed 37 to 2, a triumph for William H. Seward and the major accomplishment of the Andrew Johnson presidency. 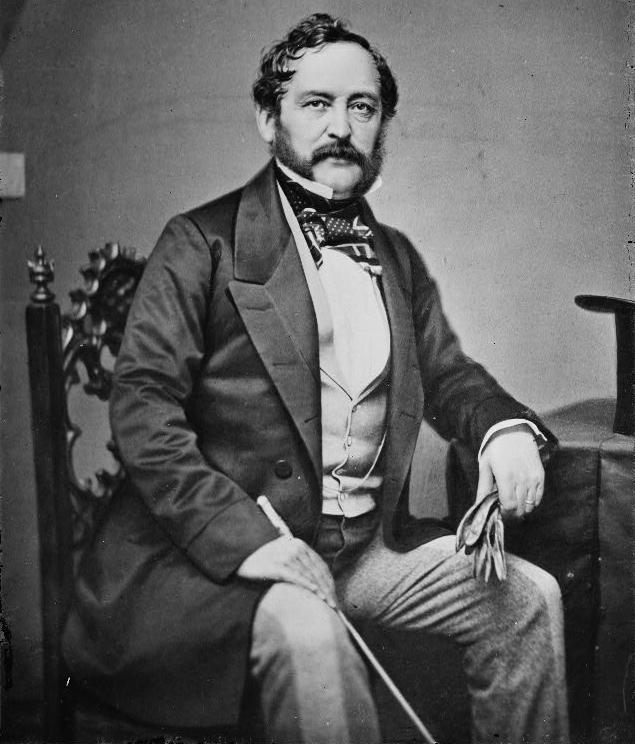 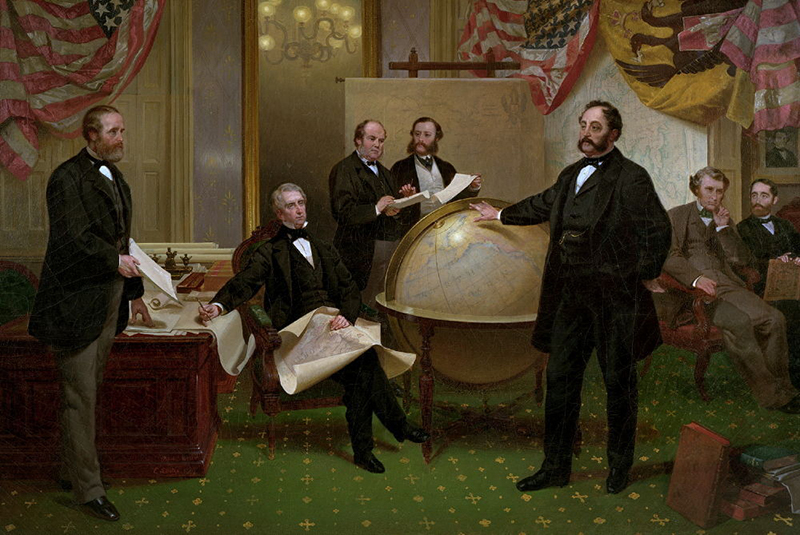 The signing of the Alaska Treaty of Cessation on March 30, 1867

“Seward’s Ice Box,” got the name of Alaska, a corruption of an Aleut word meaning “mainland.” No other politician had his eye on acquiring Alaska for so long, and no other politician had the clout and skill to bring it to fruition. The New York lawyer who failed to become President, almost died in a carriage accident and had, almost miraculously, survived a powerful assassination attempt, providentially lived long enough to add a non-contiguous territory that long after his death erupted in a huge gold rush, provided a strategic stronghold of incalculable value a hundred years later, and continues to provide an abundance of fish, minerals, oil, and geologic wonders as the 49th State of the United States.

the $7.2 million check used to purchase for Alaska (roughly $110 million adjusted for inflation) 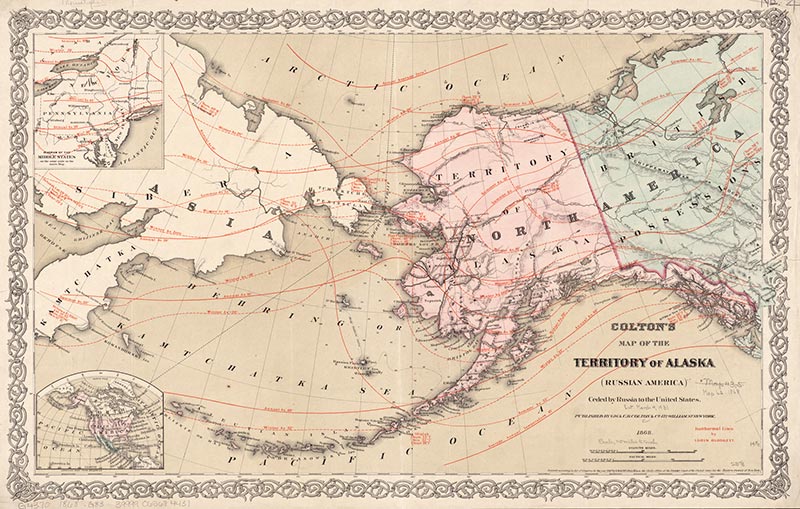 1868 map of the territory of Alaska (Russian America), ceded by Russia to the United States