“For I know the plans I have for you,” declares the Lord, “plans to prosper you and not to harm you, plans to give you hope and a future.” —Jeremiah 29:11

n war there are a million ways to die. Occasionally someone, by the providence of God, survives what killed almost 100% of men caught in the same situation. A Wisconsin farm boy, eager to enlist in the Army Air Corps the second he turned 18, finally got his chance to fly against the Axis enemies of his country. Gene Moran would spend his combat time in Europe as a tail gunner on a B-17 Flying Fortress and experience one of the million ways to die. Only he didn’t. 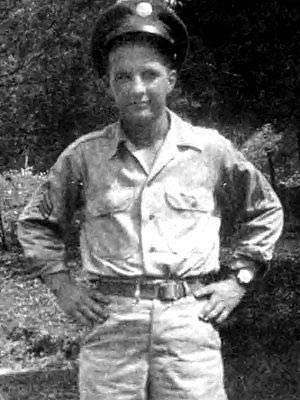 Gene Moran posing in uniform in 1943, the same year his plane was shot down (photo courtesy of John Armbruster) 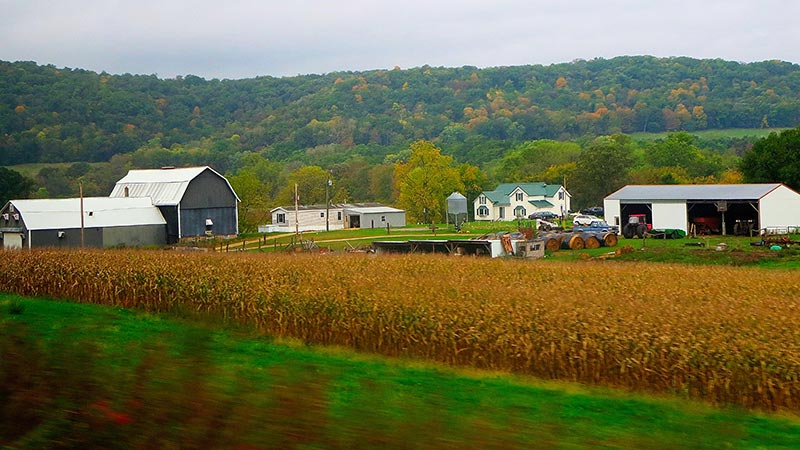 A farm in the Kickapoo River Valley of Wisconsin

Raised in the Kickapoo Valley on a dairy farm, 17-year-old Gene Moran saw the Japanese attack at Pearl Harbor as his ticket out of shoveling cow manure and farm chores. His mother did everything in her power to keep the boy out of the war, arguing that serving his country as a farmer was a perfectly acceptable alternative to getting killed on a battlefield. And since he wanted to join the Army Air Corps, a parental signature was needed after he turned 18, for without it, the enlistment age was 21. After trying three times to lie his way in with fake signatures, he lied to his parents about already enlisting, and they signed to keep him from getting picked up for being AWOL. 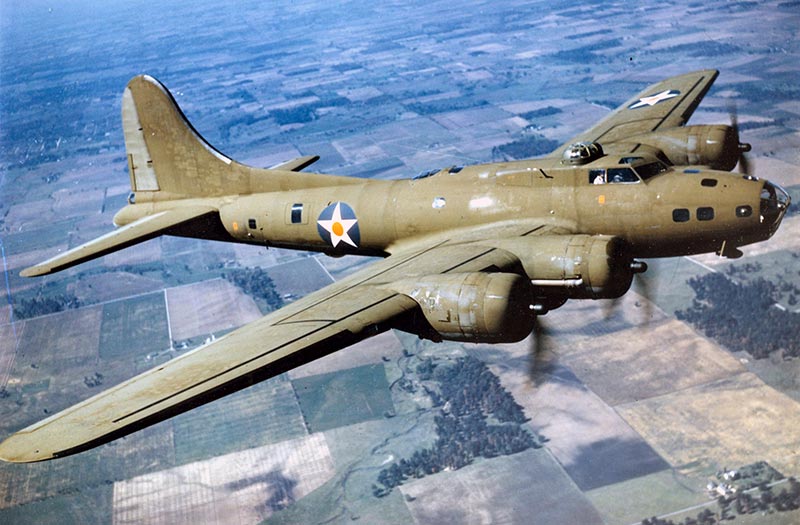 After completing gunnery school, Gene was promoted to Sergeant and ordered to join a B-17 Squadron as a tail gunner. The Boeing bomber carried a crew of ten. It was constructed as an offensive platform sporting a load of bombs and 13 .50 Cal. machine guns in nine positions (the Germans called the B-17 “the porcupine”), with a pilot, co-pilot, navigator, bombardier, radio man, ball turret, and top turret gunner, two waist gunners, and a tail gunner. Their “job” was to drop up to 8,000 pounds of bombs on enemy factories, railroad yards, and war installations. The B-17 provided the backbone of the Eighth Air Force bombing fleet in the European Theatre of the Second World War. 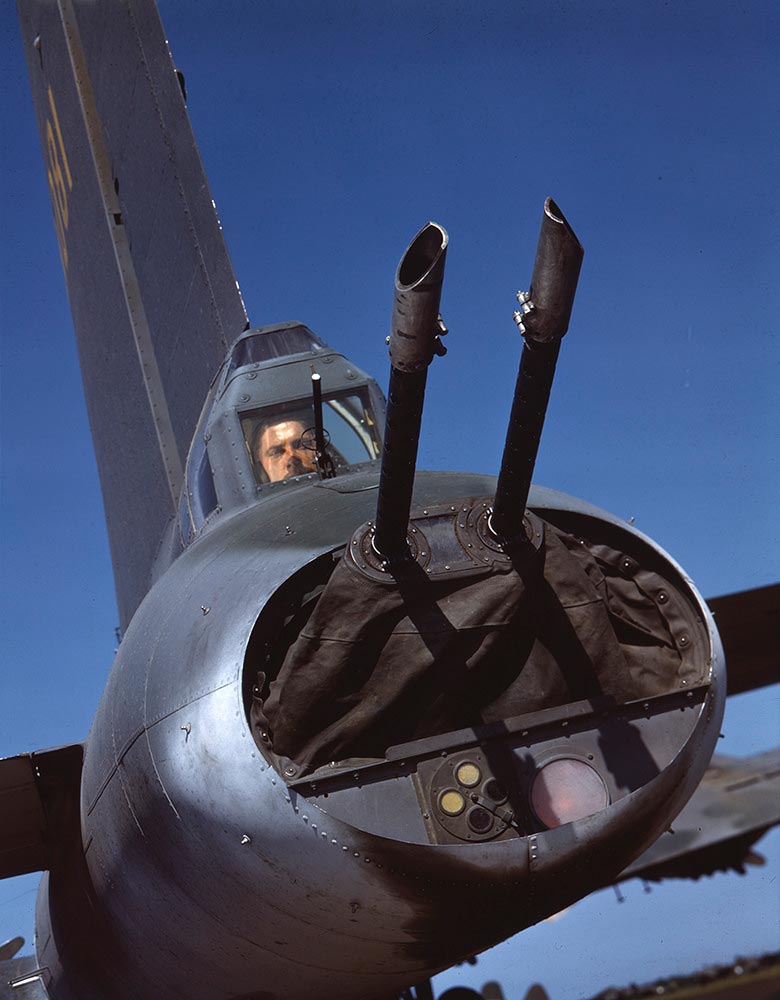 The tail gunner on a B-17 Flying Fortress 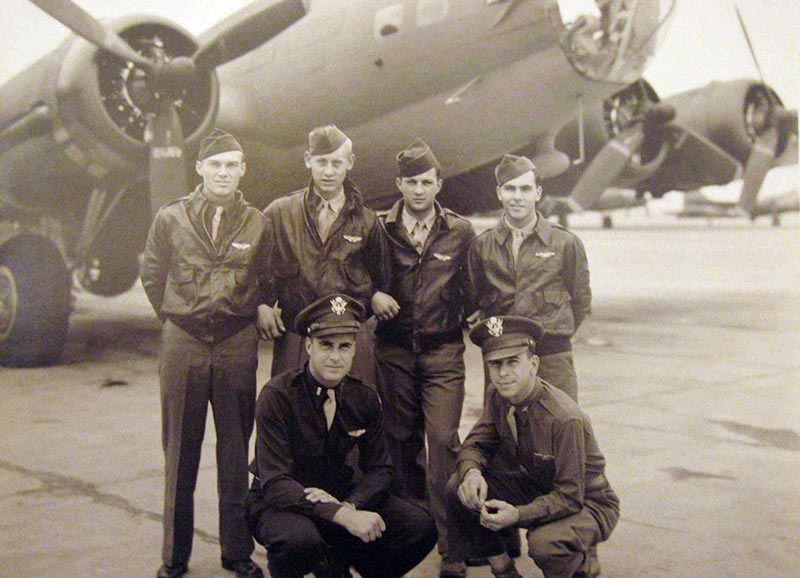 The rear gunner sat on a bicycle seat and leaned into a steel chest plate to fire his twin machine guns, protecting the rear of the plane from enemy fighters. Gene Moran held that position on the plane named Riki Tiki Tavi, one of the ten-man crew. They were assigned as one of the forty planes of the 96th Bomb Group, one of forty Groups of the 8th Air Force, stationed at Stetterton Heath in East Anglia, England. 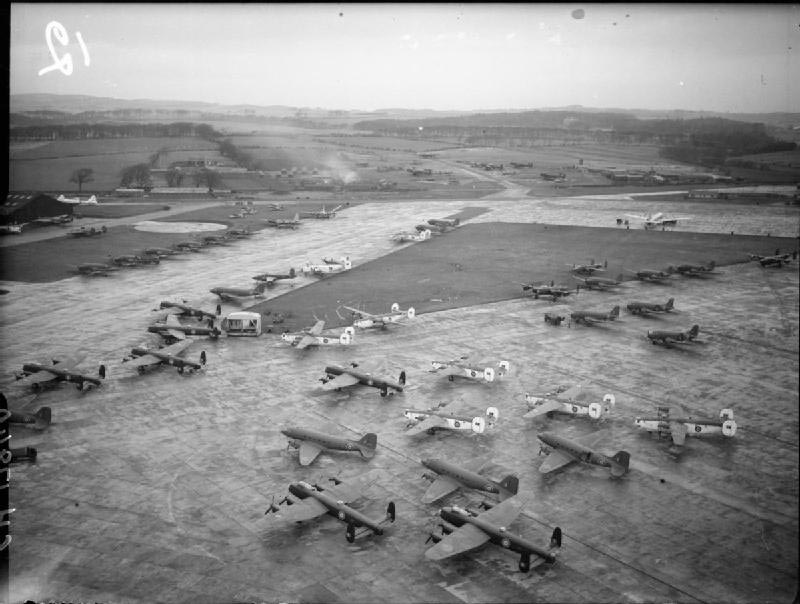 An RAF airfield in Ayshire, Scotland during WWII, typical of the makeshift airfields that served as home base for Allied air power

On November 29, 1943, the crew of Riki Tiki Tavi flew their fifth bombing mission—target: Bremen, Germany. After dropping their payload, the plane headed for home in England. For some reason, the plane fell behind the fleet—perhaps the engines had been struck by flak or machine gun fire. As the Riki Tiki Tavi fell behind, the German fighter planes pounced, machine guns and cannons firing. In the chaos of the fight, eight of the crew were killed, the navigator successfully bailed out, and Gene was severely wounded in both arms and his parachute shredded. The battle had been fought four miles above the earth so Gene’s arms bled little in the fifty-degrees-below-zero temperature. As he reached for his backup chute, the tail section broke off from the plane and began spinning toward the ground, four miles below, with nineteen-year-old Eugene Moran clinging to the seat. The speed and air pressure popped the gold teeth out of his head and blood pooled in his eyes, obscuring his vision. 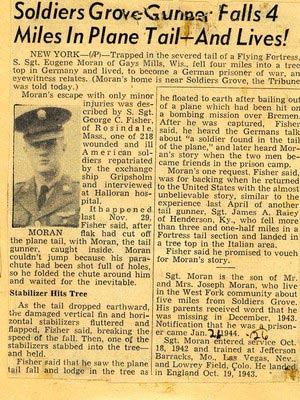 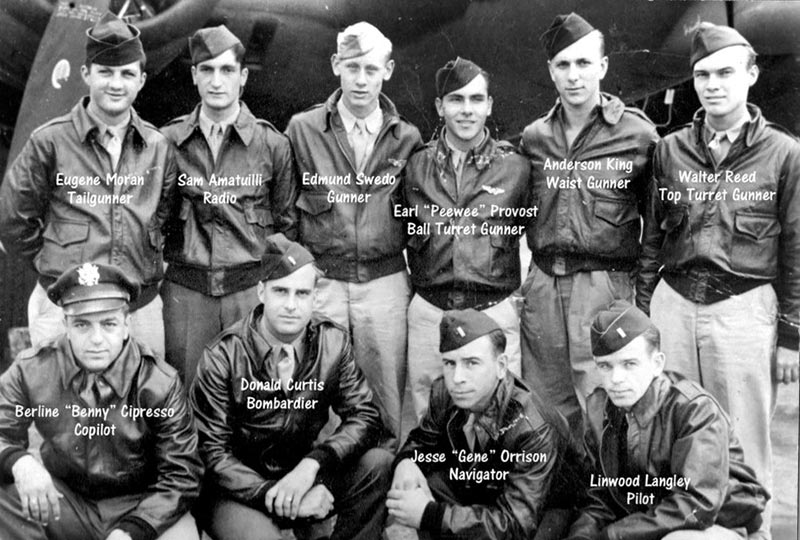 The crew of Gene Moran’s plane that was shot down on Nov. 29, 1943 during a bombing mission in Germany (photo courtesy of John Armbruster)

“The severed tail blasted into a forest, snapping limbs from trees. The crash spun Gene around in a half loop. His head slammed into the steel cables housed in the tail above him. The open end of the tail swung toward the ground and came to a screeching halt.” He crawled toward the dim light and out on to the forest floor. He was alive but with all his ribs broken, compound fractures in both arms, and a piece of his skull missing, exposing his brain! Gene was rescued by German soldiers and put back together by Serbian doctors in a German POW hospital. He spent the next two years in four different POW camps, survived a death ship and a six-hundred-mile death march, and was rescued by American forces at the end of the war. He lived until March of 2014, having fathered nine children with his beloved wife Peg, and died at the age of 92. They sang his favorite hymn at his funeral—“The Old Rugged Cross”. 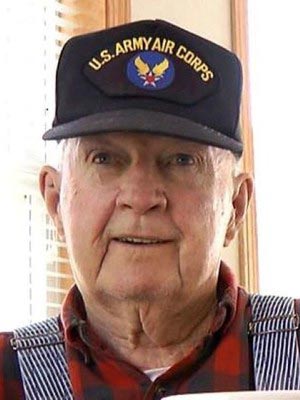 Of the approximately 120,000 American airmen who died in the war, historians believe only three men who fell without parachutes from such a height survived, and the only full-length detailed story that has been recorded is that of Eugene Moran, the farm boy from Wisconsin who couldn’t wait to get off the farm and into the fray. 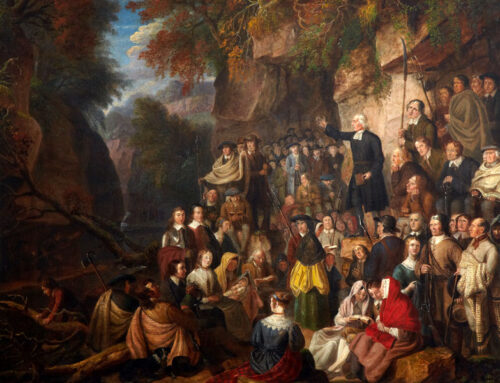