“Blessed be the LORD my strength, which teacheth my hands to war, and my fingers to fight.” —Psalm 144:1

n the midst of the American War Between the States, a great spiritual awakening occurred through the preaching and teaching of the Gospel in the armies. Nothing brings a man closer to reflection on his eternal destiny like the real possibility of dying from disease or in battle. The churches provided pastors as chaplains to as many regiments as possible, both North and South, throughout the conflict. Also, missionaries, colporteurs, the Christian Commission, and Christian officers and men led Bible studies, prayer meetings, and privately witnessed to their comrades. God was pleased to bring many men to faith in Christ in a spiritual awakening on a scale not seen in many prior years of the national history. In camps and hospitals multiple thousands were renewed in their faith or brought to a saving knowledge of Christ. 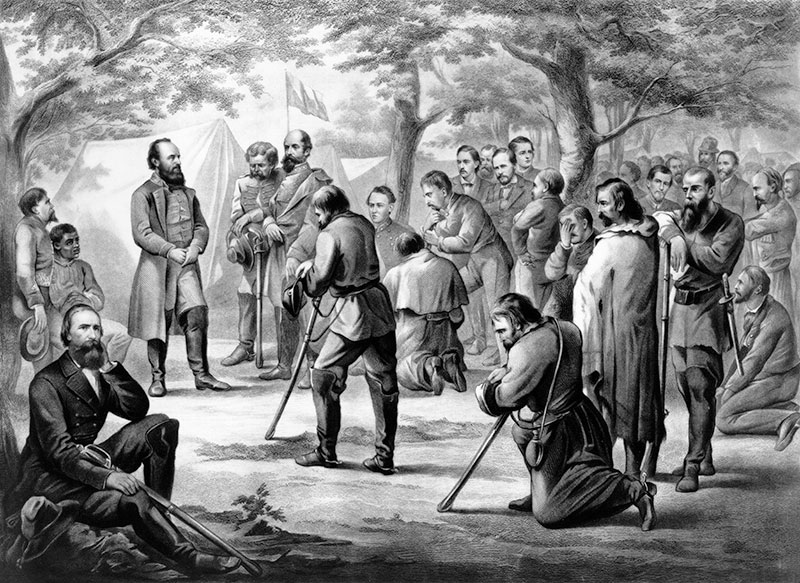 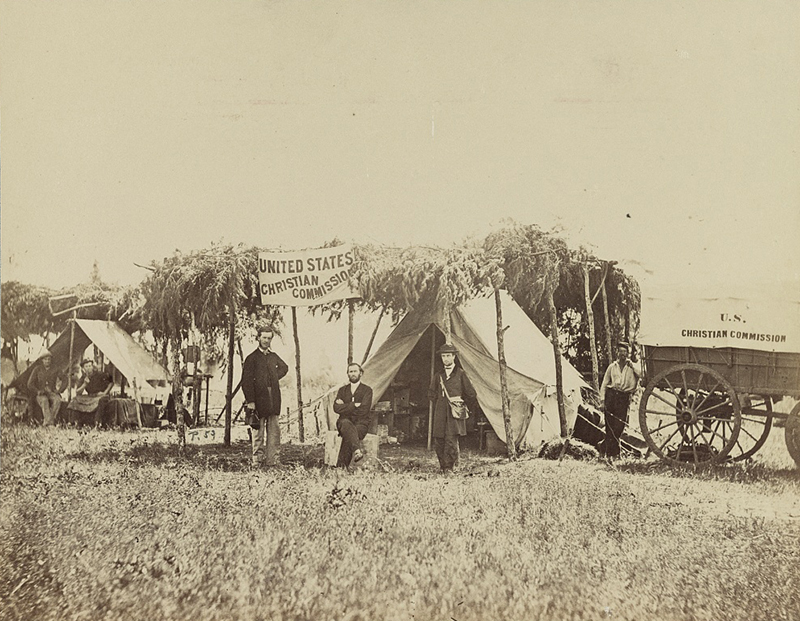 Much of the evidence for this great spiritual awakening was in view to the whole army, through baptisms of men who professed faith in Jesus Christ. Among the most powerful and amazing witnesses to God’s Grace, perhaps unprecedented in all of history, were the professions and baptisms of at least four of the highest ranking Confederate Generals, three of them conducted by a former Bishop turned Lieutenant General of the Army of Tennessee, Leonidas Polk.

Of Scots-Irish ancestry, Leonidas Polk, named after the famous Spartan general, was born in North Carolina to a wealthy planter and Revolutionary War veteran, Colonel William Polk; he had thirteen brothers and sisters and was also cousin to James Polk, future President. True to his military name and heritage, he entered West Point, class of 1827, where he graduated 8th of 38 cadets, with an impressive academic record and apparent destiny in a military career. However, God had other plans. The Academy Chaplain led Cadet Polk to Christ his senior year. The newly minted 2nd Lieutenant resigned his commission after graduation and entered the Virginia Theological Seminary, believing that God called him to Gospel ministry. 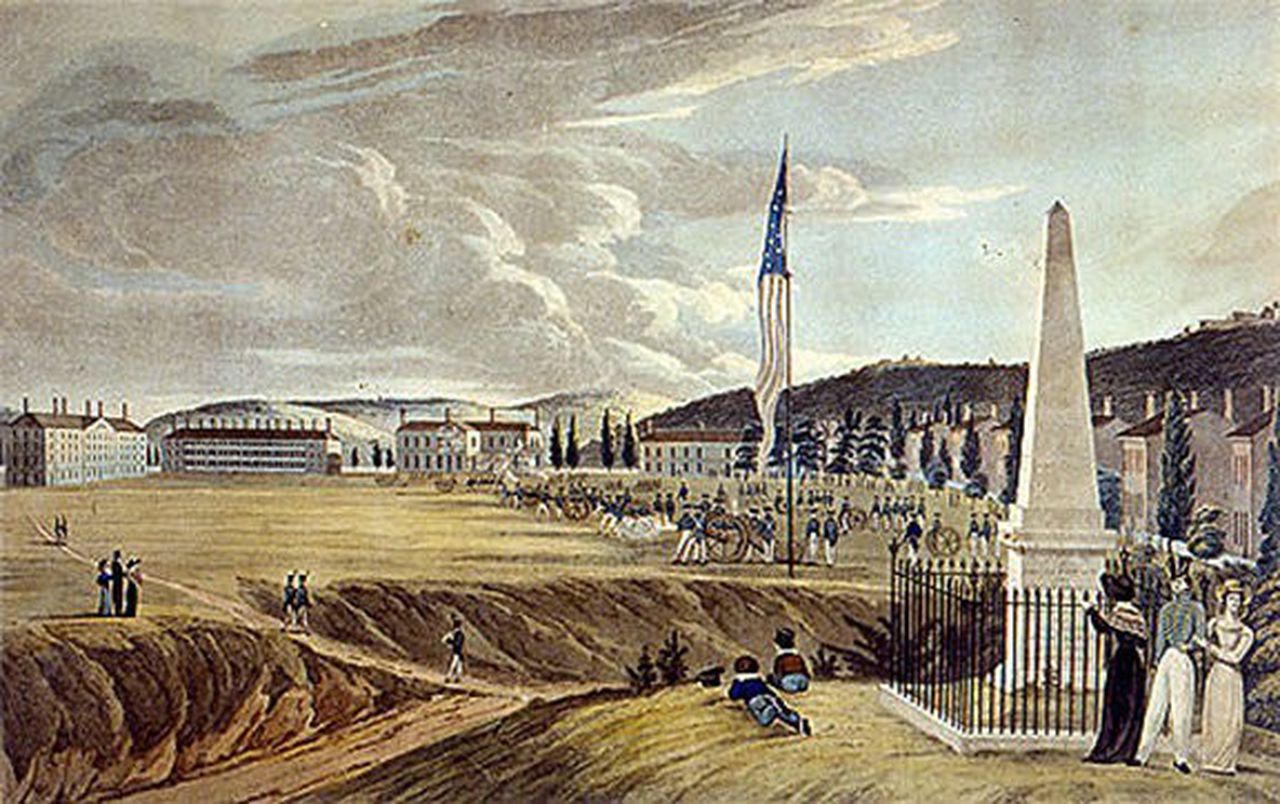 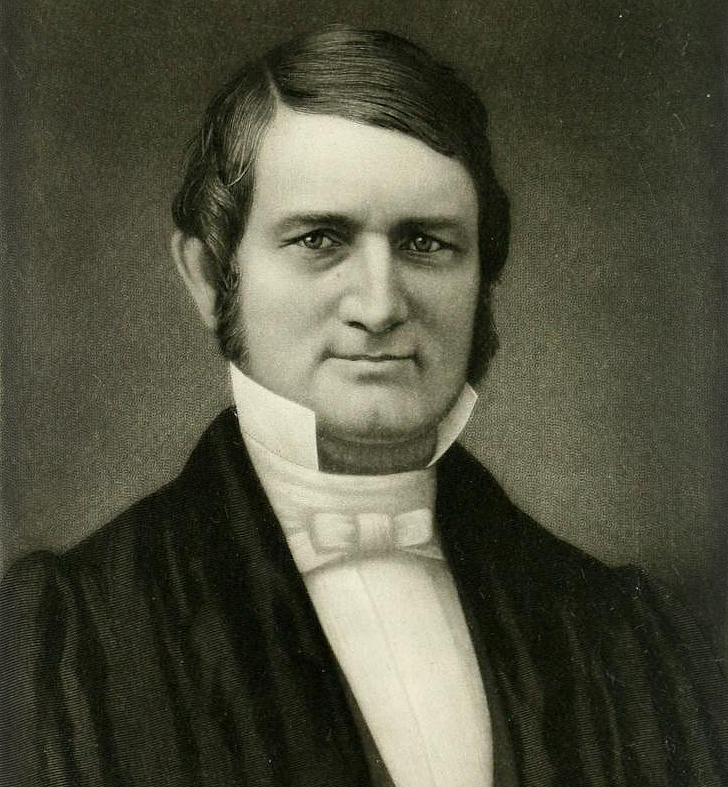 After his ordination as deacon, then priest, in 1830, Polk married Frances Devereaux, a descendant of Jonathan Edwards, with whom he had eight children who lived to adulthood. He moved to Maury County, Tennessee, and with his four brothers built a magnificent home, and established a plantation and a church, St. John’s Episcopal. He enjoyed his new home for one year, when he was called by the episcopate in 1838, and ordained Bishop and missionary of the Southwest, his parish encompassing Alabama, Mississippi, Louisiana, Arkansas, and Indian Territory. He traversed all those states in three separate missionary journeys, ministering to people in isolated homesteads and starting churches. In 1841 he accepted the bishopric of Louisiana and moved his family there, leaving Tennessee until he founded and took charge of The University of the South in Sewanee in 1854 until the coming of the Civil War. 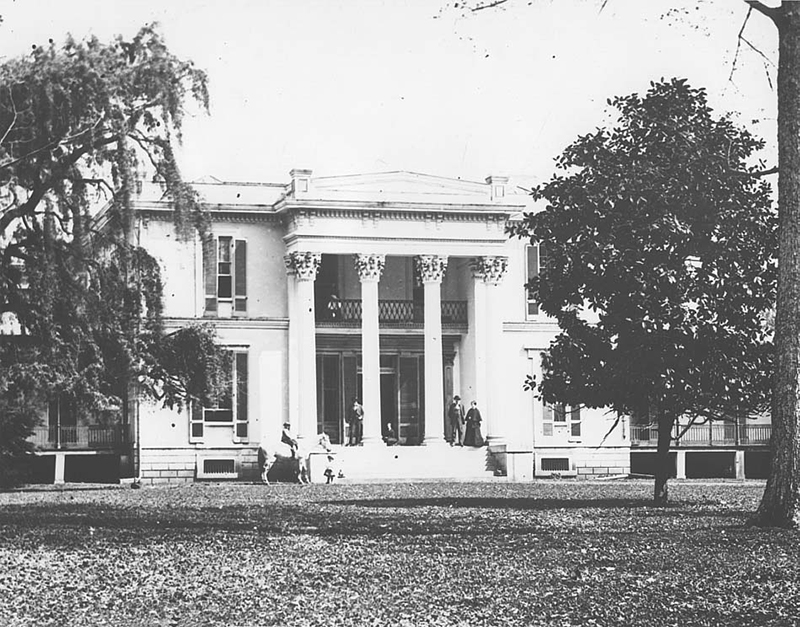 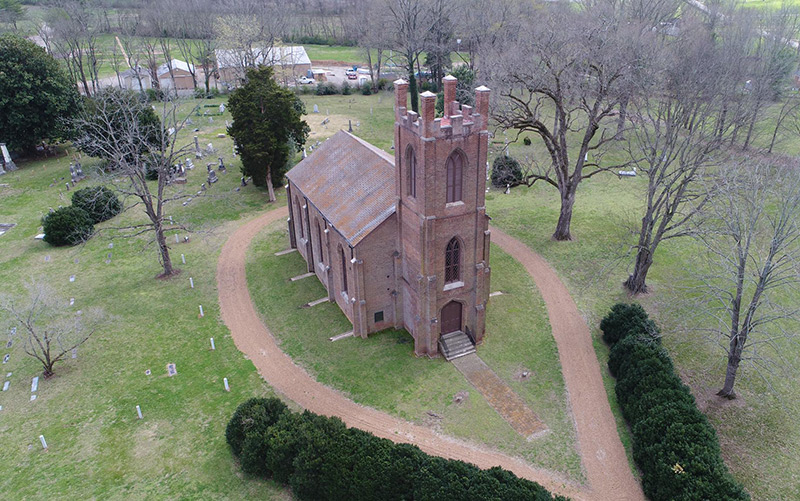 The godly and hugely popular bishop was invited by Jefferson Davis to accept a commission as a Major General, with no experience in military affairs but his college years at West Point. An ardent Constitutionalist but a reluctant soldier, Bishop Polk donned the gray, “buckling the sword over his robes, rather than casting them aside.” In four years of war, Bishop Polk would hold battlefield command in every major campaign of the Army of Tennessee. He also preached to the troops, conducted communion services, and baptized converts. During his time in command, thousands of soldiers came to Christ for salvation. On May 18, 1864, General Polk, in his clerical role, baptized the Army commander, Joseph Johnston. In the course of the war he also baptized General John Bell Hood and William Hardee, both Corps Commanders. President Davis himself made a profession of faith in Christ and was baptized in Richmond. General Polk did not live to see that, however, for on June 14, Bishop Polk was killed by an artillery shot while scouting the Union lines from atop Pine Mountain, near Marietta, Georgia, in the Atlanta Campaign. General Polk’s military abilities had proven inadequate on several occasions and he is not considered one of the best of the Southern generals. 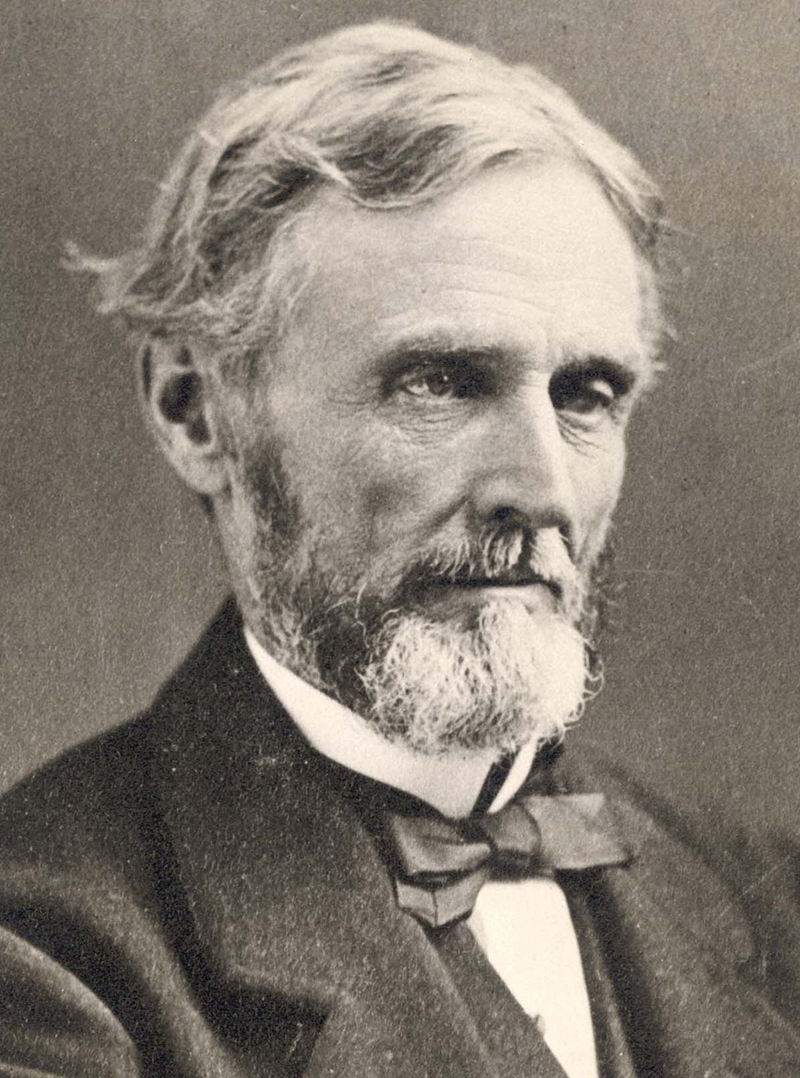 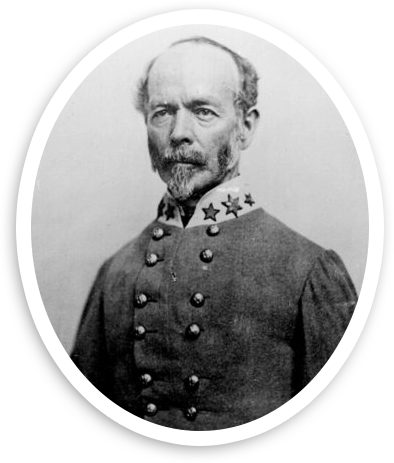 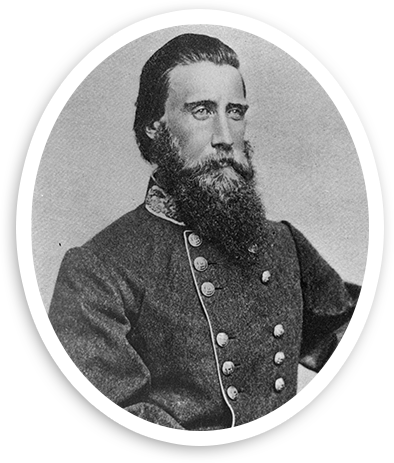 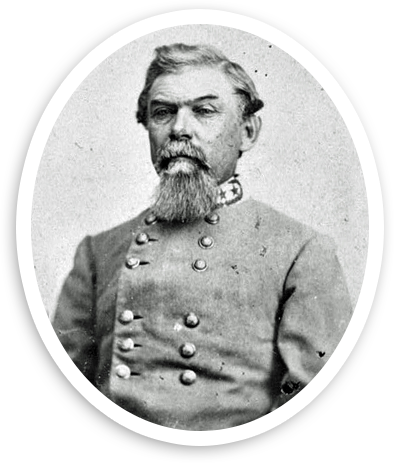 But the troops loved him and followed his leadership without question. Confederate soldier Sam Watkins summed up the soldiers’ view of the man, whose priority was to serve Christ in all endeavors:

“My pen and ability is inadequate to the task of doing his memory justice. Every private soldier loved him. Except for Stonewall Jackson, his loss was the greatest the South ever sustained. When I saw him there dead, I felt that I had lost a friend whom I had ever loved and respected, and that the South had lost one of her best and greatest generals.” 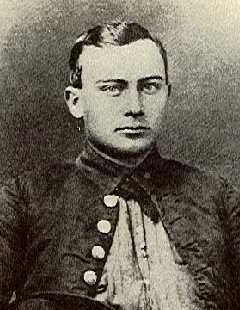 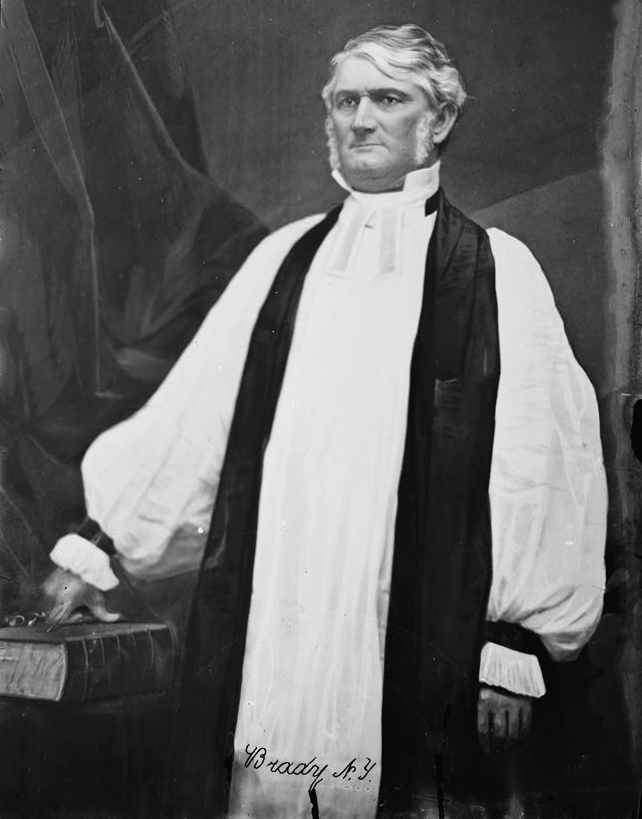 Until recent times, the university founded by Bishop Polk revered and honored his name, and filled their academic ranks after the war with godly men who had served under him or had been fellow generals for the cause of the South and of Christ.