t the age of four I received my first little 45 rpm record — Tennessee Ernie Ford’s “Ballad of Davy Crockett.” I played it a thousand times (I’m not good with numbers — it was probably more). The story of the Alamo became as ingrained in my head as the grooves in the record. Sixty years later I am still remembering the heroic last stand of Travis, Bowie and Crockett.

The 23rd of February, 1836, marked the beginning of a thirteen-day siege in San Antonio de Bexar, of the abandoned Spanish mission known as the Alamo. An army of some 2,000 Mexican soldiers, mostly conscripts and inexperienced recruits, led by General Antonio Lopez de Santa Anna, surrounded the two hundred or so Texans — American and Mexican defenders — who had assembled behind the mission walls. The events of the following two weeks have faded to legend and iconic tales that are central to Texas and American history. 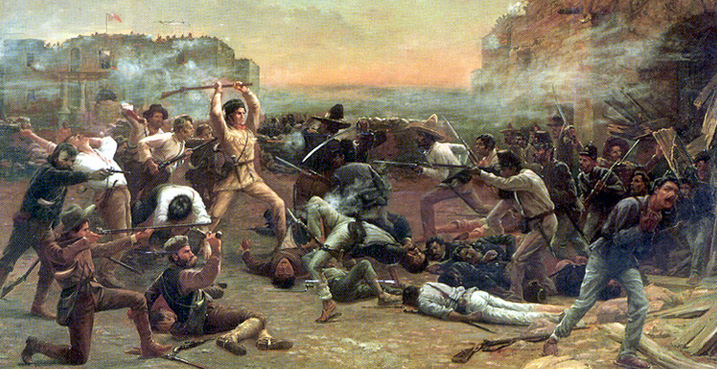 The Fall of the Alamo, or Davy Crockett’s Last Stand

The American colonizers who established their homes in Texas under the leadership of Stephen F. Austin promised their obeisance to the federal republic of Mexico under the 1824 Constitution. After the overthrow of the government by Santa Anna and the abolition of the Constitution, several Mexican states rebelled, including Texas. A five-hundred-man army under General Cos was sent to quell any unrest. Those troops were faced down by Texans at Gonzales and captured at the Alamo in Bexar. Santa Anna, in retaliation, came north from Mexico to impose his will, flying the red flag of no quarter. 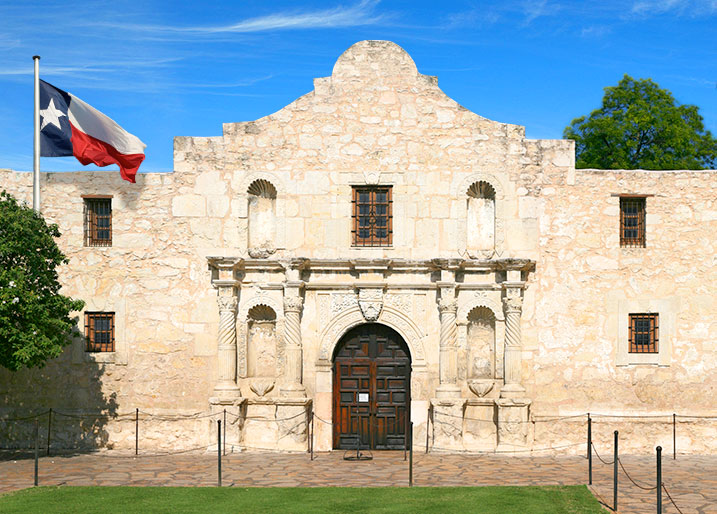 The Alamo Mission, Constructed in 1744 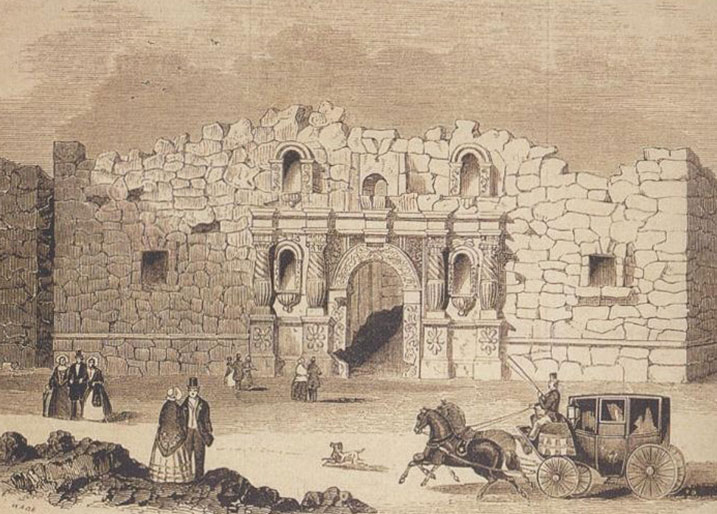 The famous siege of the Alamo resulted, with hundreds of Mexican casualties and the annihilation of the garrison commanded by William Barrett Travis and James Bowie. The story of the predawn assault on the Alamo with confusion, desperation, and death on every hand retains its evocative power and celebration of heroism. At the end of the Texas Revolt lay the definitive defeat of Santa Anna at the Battle of San Jacinto by General Samuel Houston and the establishment of the independent Republic of Texas. The Alamo has been celebrated in books and film throughout history and has been at the nub of political controversy as Texans seek to celebrate the sacrifice and heroism of their past against the revisions and emotional tirades of those who wish to vilify or banish that history. 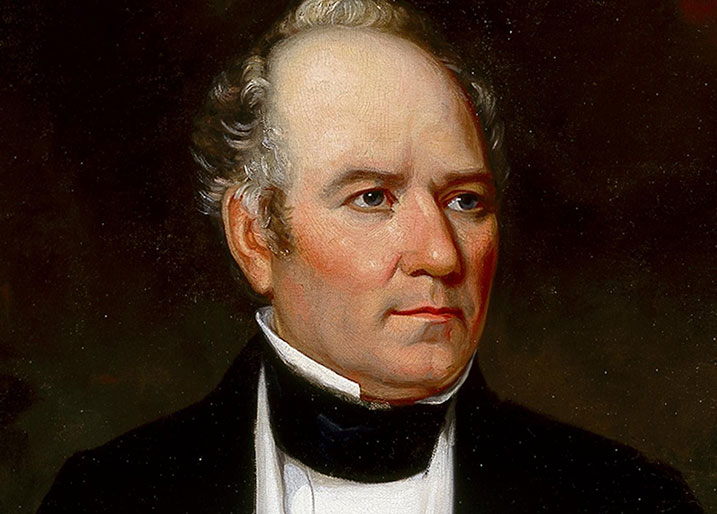 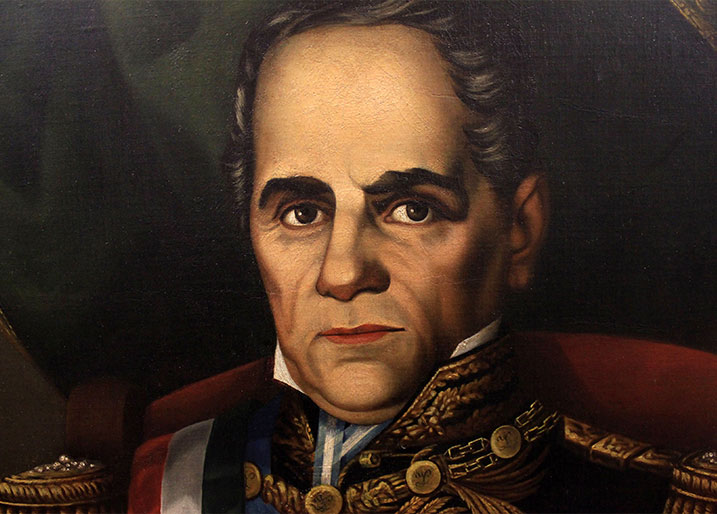 No, John Wayne did not throw a burning torch into the powder magazine and blow everything up, including himself, as he played David Crockett in the 1960 movie The Alamo. While the historical accuracy of the film — directed by Wayne and financed in part by his own money — lacks much in the way of verifiable detail (after all, none of the Texan fighters survived to tell their account), and dialogue is always invented by the script-writers en toto, some of the sentiments expressed in the film reflect the beliefs of those who established the Republic of Texas. Consider this soliloquy from Crockett; not the textbook definition of the term, but certainly the sentiment of the times on the frontier:

“Republic. I like the sound of the word. Means that people can live free, talk free, go or come, buy or sell, be drunk or sober, however they choose. Some words give you a feeling. Republic is one of those words that makes me tight in the throat. 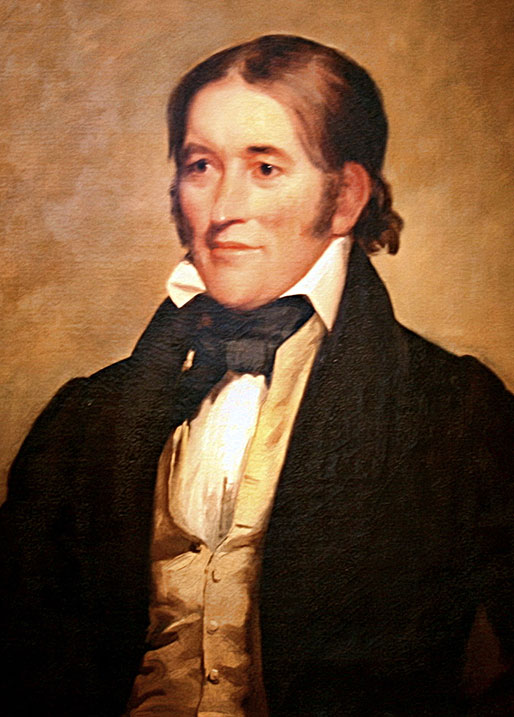