The Martyrdom of Patrick Hamilton, 1528

The Martyrdom of Patrick Hamilton, 1528

“He who does not take his cross and follow after Me is not worthy of Me. He who has found his life shall lose it, and he who has lost his life for my sake, will find it.” —Matthew 10:38,39

he Reformation in Scotland did not begin with John Knox. We know that Lollards were preaching the Gospel and sharing the Scriptures centuries before. Nonetheless, there are few extant records that indicate true biblical faith in the centuries immediately before the Protestant Reformation. When the manuscripts of Martin Luther’s sermons, debates, and trials went to press, the Word spread to parts of Europe, especially among Renaissance scholars, typically monks and university professors. In Scotland a young professor at the University of St. Andrews, Patrick Hamilton, came into contact with Lutheran teaching while studying in France. 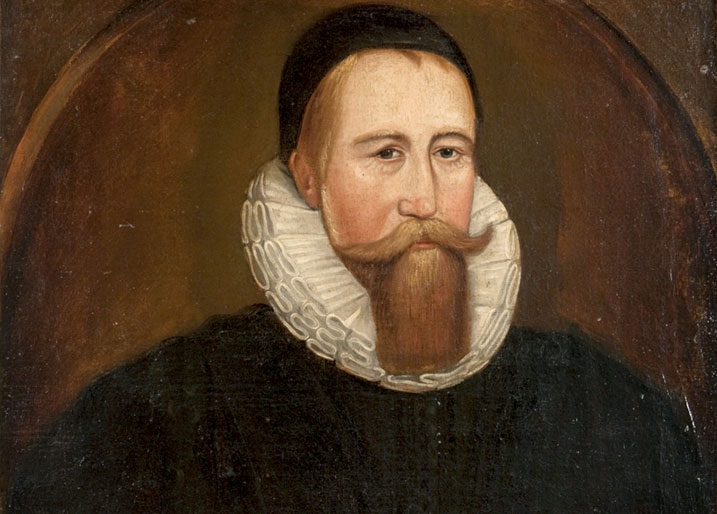 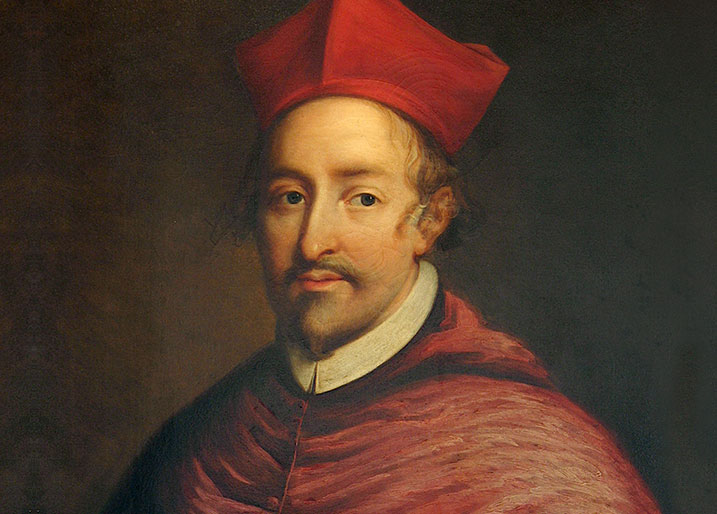 Superstition and corruption characterized the Catholic Church of medieval Scotland. Veneration of relics and images, corrupt priests, and a wealthy and venal hierarchy made the church rife for reform. With the Protestant allegiance to and study of the Holy Scriptures came doctrinal challenges to the religion of the papacy. The scholars of the Universities of Scotland maintained ties with continental humanist scholars like Erasmus of Rotterdam and Jacques Lefèvre d’Étaples, and read the Bible in new and more accurate translations, especially vernacular English.

View of St. Andrews from the Cathedral

Patrick Hamilton, related to Scottish royalty through both parents, studied in Paris where he read Erasmus and Luther and fell under the sway of Reformation thinking and doctrine. In 1523 he joined the faculty of arts and sciences at St. Andrews and, by all accounts, became a popular lecturer. A number of students who studied under Hamilton later became leaders of the Reformation in Scotland. He “attacked moral abuses and abusive ecclesiastical practices.” His continued attacks on the moral turpitude of the clergy and the superstitious sacerdotalism of the church resulted in accusations of having embraced Lutheran heresy. Hamilton came to the attention of Archbishop Beaton at the Cathedral who determined to arrest Hamilton for heresy. Upon the advice of friends, Patrick escaped to the continent where he travelled immediately to Wittenberg to hear Luther in person. 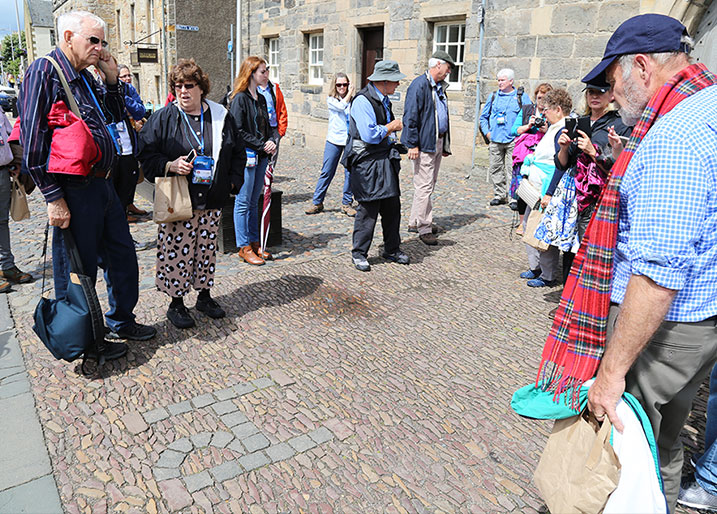 Tour group at the site of Hamilton’s Martyrdom 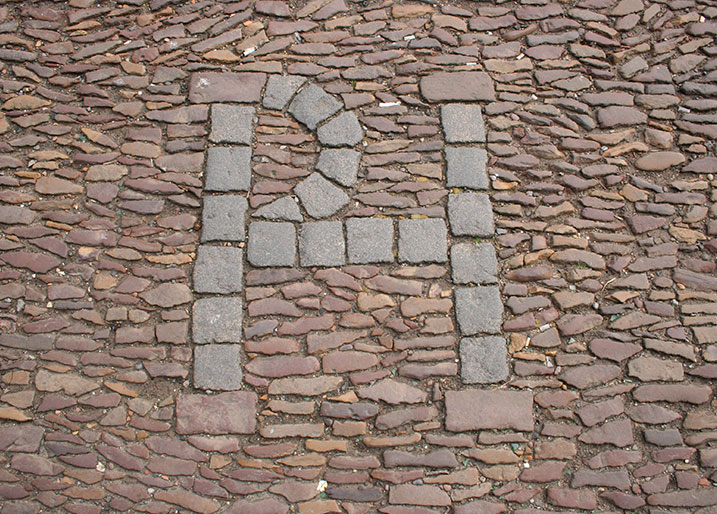 Ground marker where Hamilton was burned at the stake

Hamilton returned to St. Andrews and the prelates allowed him great latitude to preach, probably setting him up for charges that would really stick against a man with royal blood and the backing of the powerful Hamilton family. He preached salvation by faith alone, exerting great influence among the students, monks, priests, and professors of St. Andrews. Although warned by his friends, Patrick refused to flee and was summarily arrested and hauled before a council of monks, priests, and other clerics under the thumb of Beaton. Patrick stood solidly on the Solas of the Reformation and refused to back down on seven major charges that were central tenets of Protestant theology. He also denied the existence of Purgatory but affirmed the pope as an antichrist. He denounced relics as having any merit, in a town with a cathedral that boasted relics of great merit for pilgrims to pay to see, under the altar.

Before his murder, Hamilton was imprisoned at St. Andrews Castle

When offered his life for a recantation Patrick Hamilton replied:

On the 29th of February, the twenty-four-year-old college professor was burned at the stake at the portico to the University while his students stood in shock, and the Franciscan friar teased him to call on the Virgin Mary to help him out. Upon his death, many others took up the cause of the martyr and spread the Gospel across Scotland. The blood of the martyr is the seed of the church.

Note: The best book to read on Hamilton is Luther’s Scottish Connection, by James Edward McGoldrick

Join us in July for Landmark Events’ one-of-a-kind tour of the ancient land of the Scots where we will visit the very site of Patrick Hamilton’s martyrdom in St. Andrews. Follow in the footsteps of such giants as William Wallace and Robert the Bruce, be inspired by the unwavering faith of the Scottish Covenanters and stroll along Edinburgh’s Royal Mile, visiting the home of John Knox and the cathedral where he preached. Attend the Lowlands Leg, the Highlands Leg, or go for the “Whole Haggis” and attend both!