as he a free-enterprise privateer or a rapacious pirate? Was he a Christian hero or a thieving reprobate known as “the Dragon?” Was he a bold explorer or demonic enemy of the Church? January 28 marks the death of Sir Francis Drake and, whatever the label in real life, his contribution to the furtherance of the English Empire and the providential success of his war on the water against Spain make him, perhaps unwittingly, one of the great men of his age and a key figure in the founding of English settlement in the New World.

Francis Drake came into the world c. 1540 as the oldest of twelve sons of a Devonshire farmer. The family embraced the Reformation and, due to persecution, moved to Kent, a place more congenial to the Reform but also the coast of smuggling, piracy, invasion, and the fishing and emigration ports of Plymouth and Portsmouth. A life on the sea lured many young men to their callings or their doom, often both. The Drake boys took to the sea. 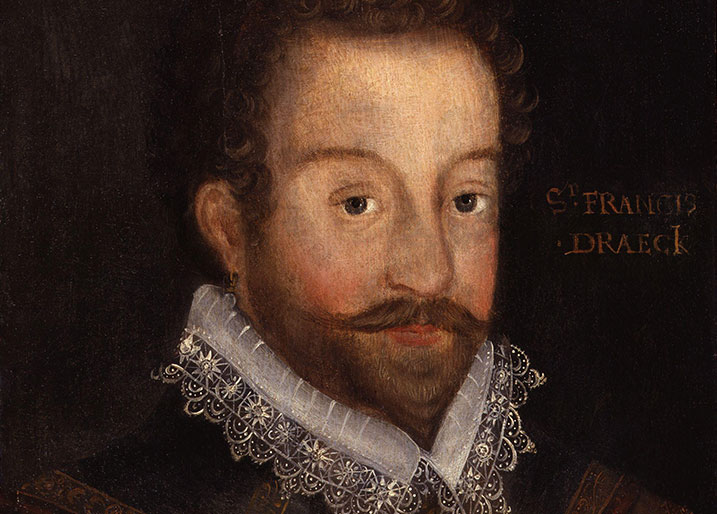 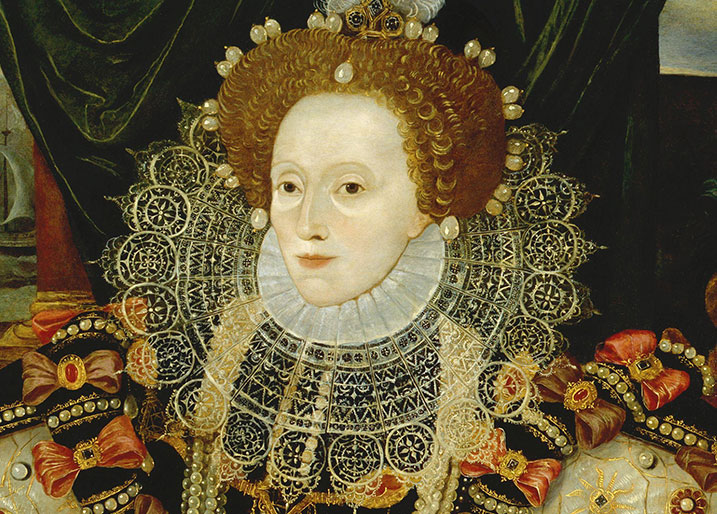 After serving as a merchantman and learning ocean navigation, Francis Drake signed on with his cousin John Hawkins, a successful slave trader who sold his cargoes illegally to the Spanish in South America. He made a fortune and shared it with Queen Elizabeth, who turned him loose on the Spanish Main (the Caribbean Sea and the Gulf of Mexico) as a raider. Although they were not officially at war, the English “sea dogs” preyed on Spanish treasure ships, raided coastal towns, and made themselves a much-feared enemy of Spain with the tacit, and sometimes overt, approval of their Queen. From 1570 to 1573 Francis Drake cruised the Spanish Main, raiding and plundering. If caught, the Protestant English sailors would be subjected to the Spanish Inquisition, tortured, then cruelly executed as heretics and pirates. Although wounded in battle, Drake somehow always eluded their grasp. Drake conducted worship services, public reading of Foxe’s Book of Martyrs and prayer aboard ship and readily acknowledged his allegiance to Christ. His hatred of the Catholic Church was not extended to his Spanish prisoners, whom he treated with respect. The treasure fleets funded Phillip II’s persecution and murder of Protestants and Drake saw his depredations as doing the Lord’s work in handicapping Spain’s aggression.

Colluding with French Huguenot corsairs, Drake made several huge hauls of gold and silver and received a hero’s welcome upon his return to Plymouth. In 1557 Drake embarked on his most ambitious cruise. He had become a favorite at court and received the secret approval of the Queen to raid the coast of Peru. Sailing aboard his 200-ton flagship The Pelican, which he renamed The Golden Hind, Drake’s flotilla sailed the African coast then fought its way through the rough waters of “Magellan’s Pass” and into the Pacific Ocean. Only the flagship made it into the Pacific; two ships he burned, one sank, and then returned to England. 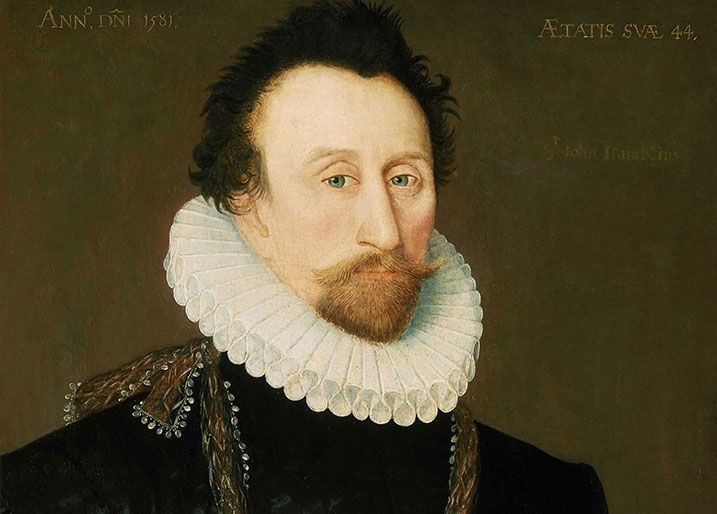 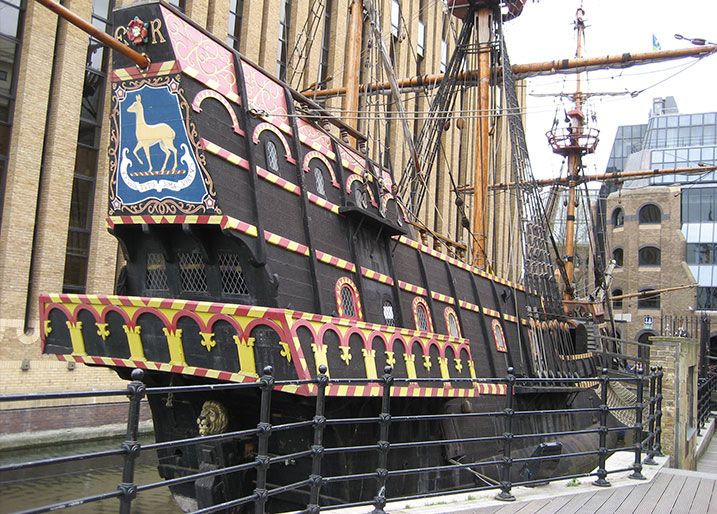 Replica of The Golden Hind
captained by Sir Francis Drake)

He raided Valparaiso and caught a treasure ship with immense gold and silver reward. Captain Drake returned to England via the Far East, thus becoming the first Englishman to circumnavigate the globe. In the process, he claimed the western coast of North America for England. He was knighted and amply rewarded. In 1588, Sir Francis helped lead the English navy against the Spanish Armada, with heroic success, and only burnished an already legendary reputation.

King Phillip of Spain put a price on El Draque’s (The Dragon) head in the modern equivalent of more than six million dollars which no doubt positioned him as Public Enemy #1 on the Inquisition’s hit list. After eight more years of scouring the Spanish Main, Drake died of dysentery aboard ship after an unsuccessful attempt to capture San Juan, Puerto Rico. He was dressed in a full suit of armor and buried at sea in a lead coffin. Divers have been frustrated in failing to find that coffin in modern times. Drake’s explorations and aggressiveness kept the Spanish on their heels, and eventually made English settlement a viable enterprise. He died in 1596, eleven years before the settlement at Jamestown. The rest is history.

Drake and Hawkins spent time on the Florida Coast and are part of the story of St. Augustine, having burned the fort and the city on May 29, 1586. Join me, Bill Potter, as I lead our Pirates, Presidents, Conquistadors and More! Tour, February 16-18 in St. Augustine, Florida!