John Witherspoon Preaches on ‘The Dominion of Providence’, 1776

“Surely the Wrath of Man shall praise thee; the remainder of Wrath shalt thou restrain.” —Psalm 76:10

John Witherspoon Preaches on
‘The Dominion of Providence’, July 31, 1776

hile many of the signers of the Declaration of Independence spoke of their Christian faith and were members in good standing of various churches, one of them was an ordained minister of the Gospel. He was no ordinary minister. The Rev. John Knox Witherspoon, age 45, had arrived in America from Scotland in 1768 to begin his role as the President of the College of New Jersey at Princeton. He stated that “I became an American the moment I landed.” He was the son of a minister and grandson of a Covenanter minister. His great-great grandfather was John Knox. Contrary to the modern historical attempt to only identify Witherspoon with “Scottish Enlightenment” philosophy, he brought with him to Princeton a Scottish, Reformed, Covenantal, and vital Evangelical Faith, which he sought to impart to all his charges. 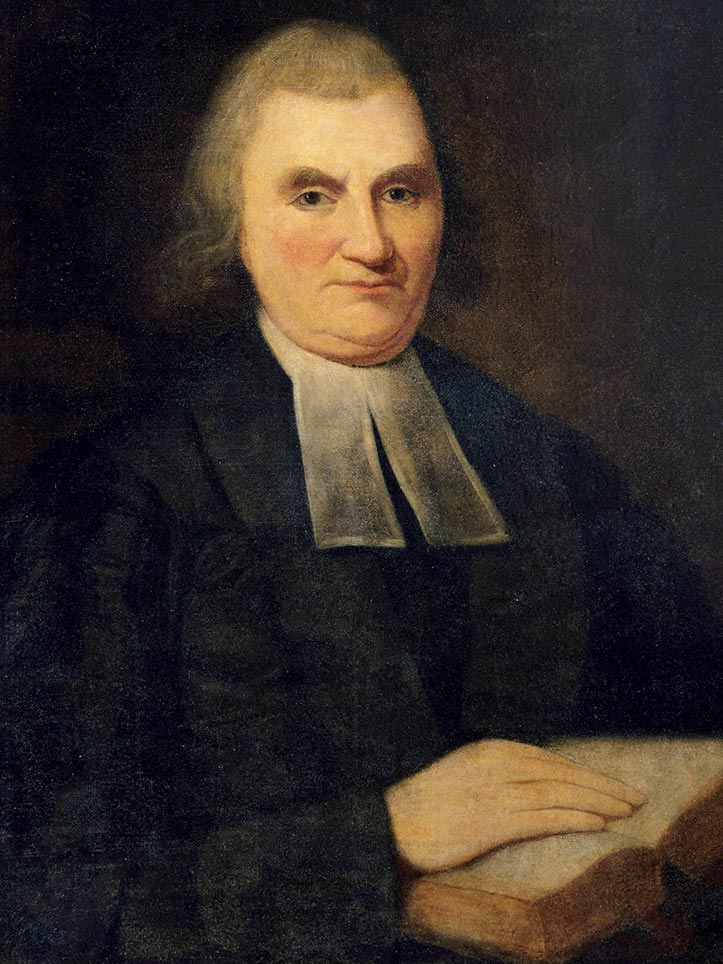 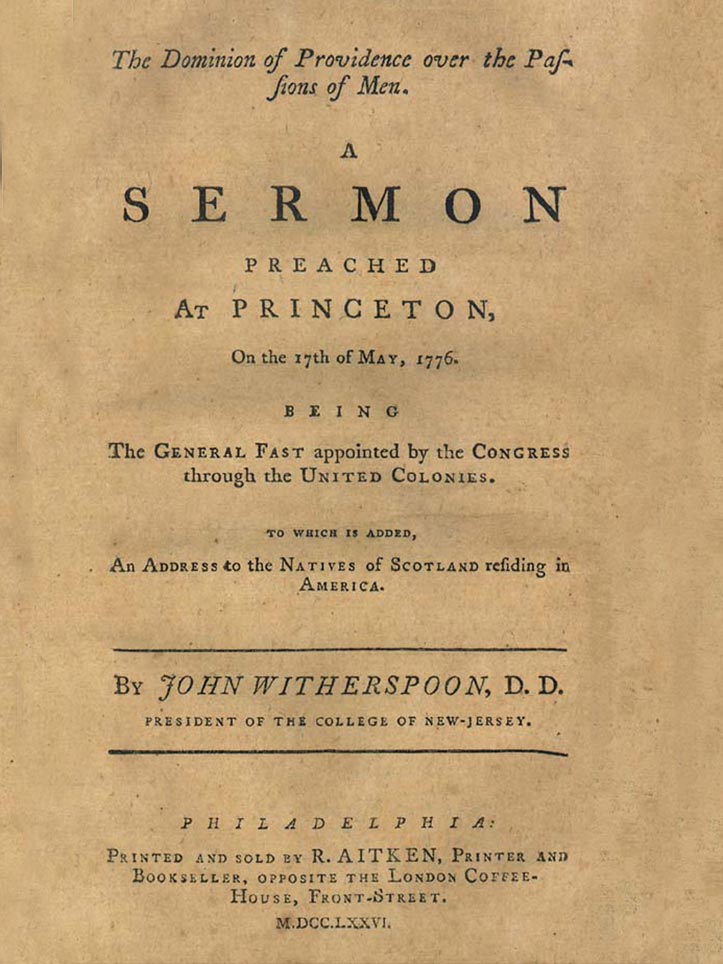 Some historians believe Witherspoon became the most influential college president in American history, since nine of the fifty-five delegates to the Constitutional Convention were former students of his; also from among his personally-taught Princeton students came three Supreme Court Justices, ten cabinet officers, twelve members of the Continental Congress, twenty-eight United States Senators and forty-nine members of the U. S. House of Representatives.

On July 31, 1776, two months after he was elected to the Continental Congress, John Witherspoon’s sermon entitled The Dominion of Providence Over the Passions of Men was printed in Philadelphia. “It caused a great stir.” It was preached in response to the Congress’s call for a day of fasting and prayer and dedicated to John Hancock, the President. 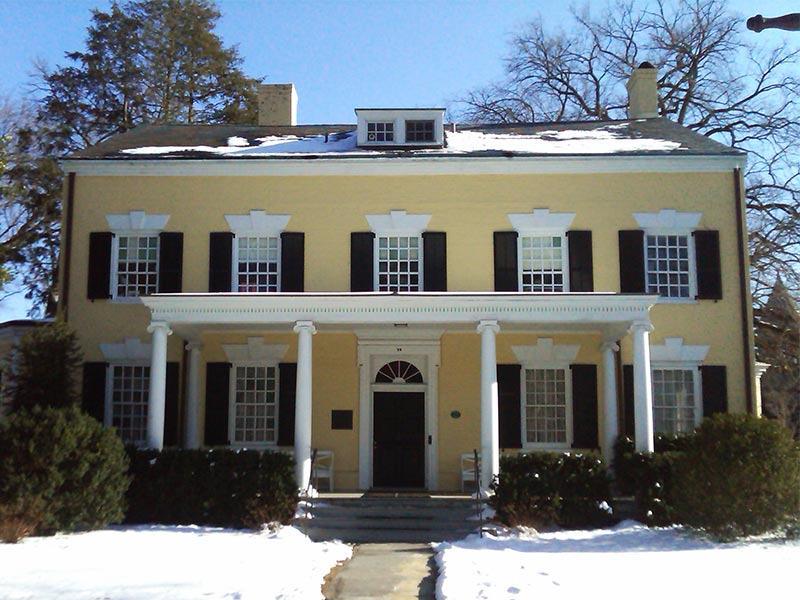 The President’s House at Princeton University, where Witherspoon resided from 1768 to 1779

He defined divine providence and explained its extent:

“It extends not only to things which we may think of great moment, and therefore worthy of notice, but t things the most indifferent and inconsiderable. It extends not only to things beneficial and salutary, or to the direction and assistance of those who are the servants of the living God; but to things seemingly most hurtful and destructive, and to persons the most refractory and disobedient. He over-rules all his creatures, and all their actions. . . .I am to point out to you in some particulars, how the wrath of man praises God. I say in some instances, because it is far from being in my power, either to mention or explain the whole. There is an unsearchable depth in the divine counsels, which it is impossible for us to penetrate.” 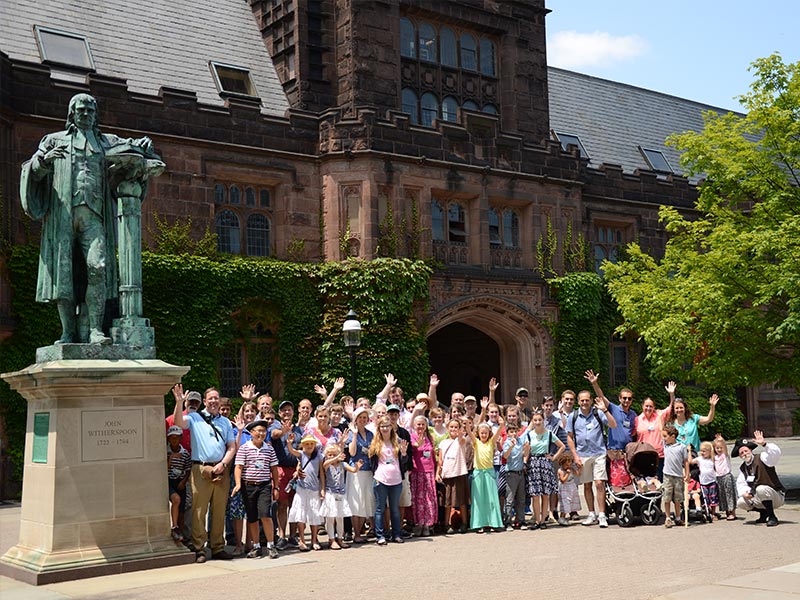 He shows the various ways the wrath of men praise God and cites the times in which they were then living in America—at war with Britain and struggling to gain independence. He calls for his fellow Americans to repent and have faith in Christ, and hearkens to other times in the past when God’s providence changed history in dramatic fashion. Witherspoon’s dynamic sermon concluded with encouragement and hope for the desperate times in which he lived:

“I beseech you to make a wise improvement of the present threatening aspect of public affairs, and to remember that your duty to God, to your country, to your families, and to yourselves is the same. True religion is nothing else but an inward temper and outward conduct suited to your state and circumstance in providence at any time. And as peace with God and conformity to him adds to the sweetness of created comforts while we possess them, so in times of difficulty and trial, it is in the man of piety and inward principle, that we may expect to find the uncorrupted patriot, the useful citizen and the invincible soldier. God grant that in America true religion and civil liberty may be inseparable, and that the unjust attempts to destroy the one, may in the issue tend to the support and establishment of both.

The Doctrine of Providence is a great comfort and these are good words for our times.

Visit Princeton University on Our Cradle of Liberty Tour!

Walk the halls of the College of New Jersey (Princeton University) where John Witherspoon trained one-fifth of the members of the Constitutional Convention, and visit the nearby graveyard where such godly luminaries as Jonathan and Sarah Edwards, Samuel Davies, and Ashbel Green are laid to rest. More details forthcoming!