“For I am not ashamed of the gospel of Christ: for it is the power of God unto salvation to everyone that believeth.” —Romans 1:17a

issionaries from the United Kingdom and the United States have been in the forefront of Protestant foreign missionary endeavors of the last two hundred years. Some of those men and women became household names in their own day — David Livingstone, John G. Paton, Hudson Taylor, William Carey and Adoniram Judson, for instance. Among women missionaries, Mary Slessor:

“…is entitled to a place in the front ranks of the heroines of history, and if goodness be counted an essential element of true greatness, if eminence be reckoned by love and self-sacrifice, by years of endurance and suffering, by a life of sustained heroism and purest devotion, it will be found difficult, if not impossible, to name her equal.” —J.H. Morrison

Born near Aberdeen, Scotland in 1848, in the midst of the industrial revolution, Mary’s family lived on the financial edge due to her alcoholic father, a shoemaker. At eleven the “red-haired girl with bright blue eyes,” went to work in the jute mills of Dundee, and by the age of fourteen, her father and two brothers were dead from pneumonia, leaving only Mary and her mother to work and take care of two younger sisters. Due to her mother’s devoted Christian witness and their faithfulness in attending worship in the Wishart United Presbyterian Church (later known as United Free Church of Scotland), Mary also became a devout believer and avid Bible reader. At the age of twenty seven, after hearing of the death of the missionary David Livingstone, Mary determined to become a missionary in Africa. 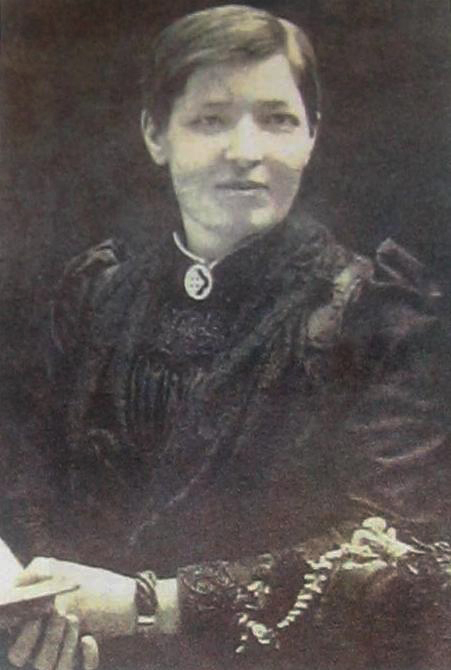 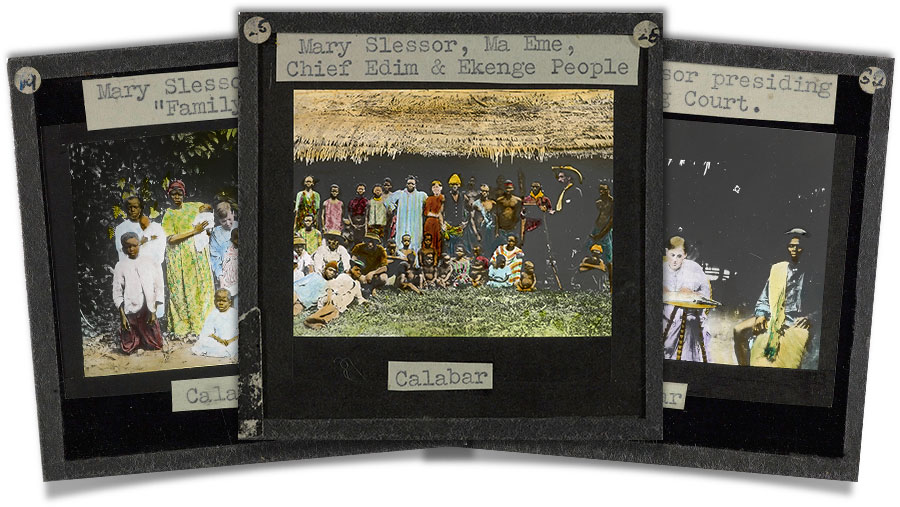 She had been teaching Sunday school classes for several years and developed both a deep and lasting knowledge of the Scriptures as well as a passion to witness to the lost. Convinced of her calling to foreign missions, her denomination’s mission board sent Mary to the Calabar region in southern Nigeria. She settled among the Efik people and quickly mastered their language and developed an understanding of their pagan culture. The former Scottish mill-worker was appalled by several practices of that tribe; her love for the people and willingness to suffer and sacrifice to bring change, nonetheless, endeared her to many of the Efiks and other tribes in Calabar. She prayed:

“Lord, the task is impossible for me but not for Thee. Lead the way and I will follow. Why should I fear? I am on a Royal Mission. I am in the service of the King of kings.” 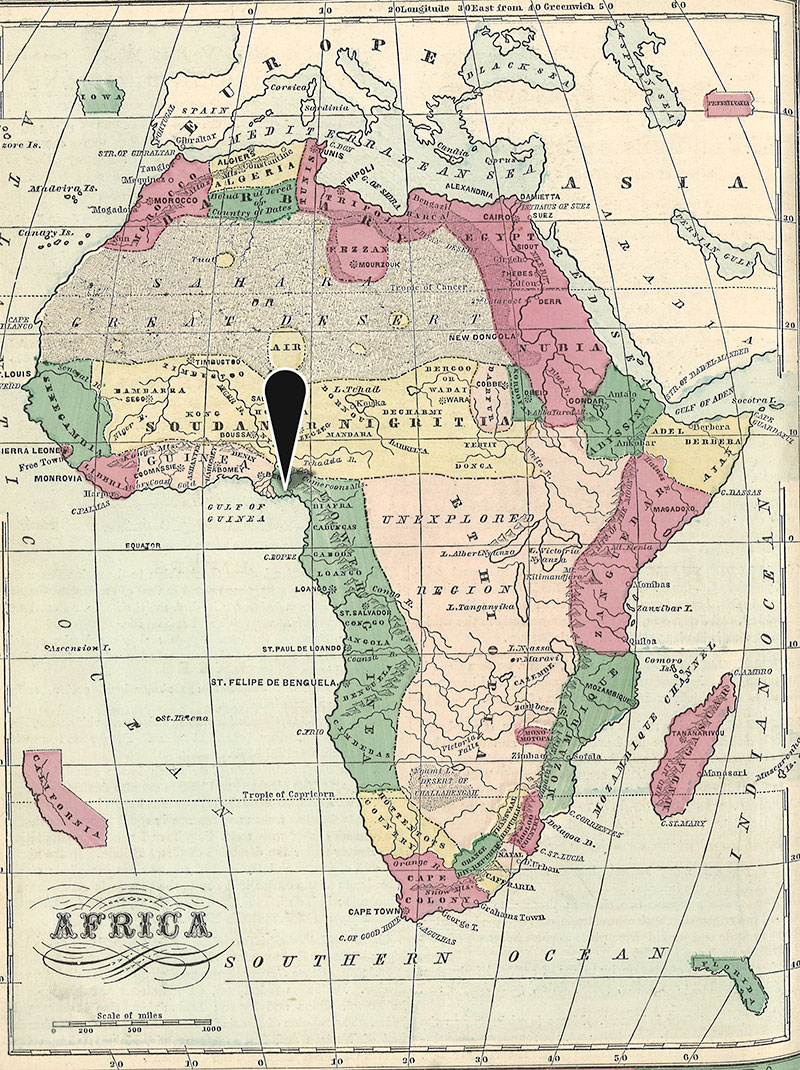 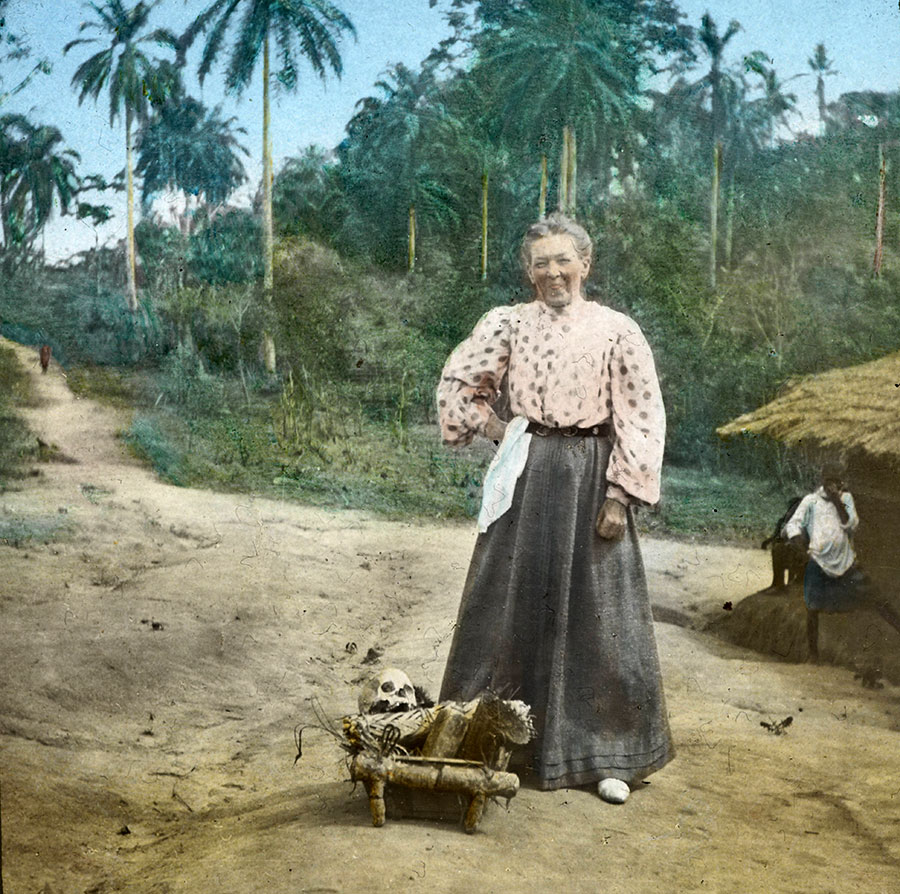 Mary Slessor stands just outside Ikotobong court house, which can be seen with its thatched roof on the right side of the photograph. In 1889 the British Government established a Protectorate in Calabar and, on account of her unique influence, she was invited to take up the office of magistrate and superintendent of the district court. It had already become customary for locals to refer their disputes to her for settlement. 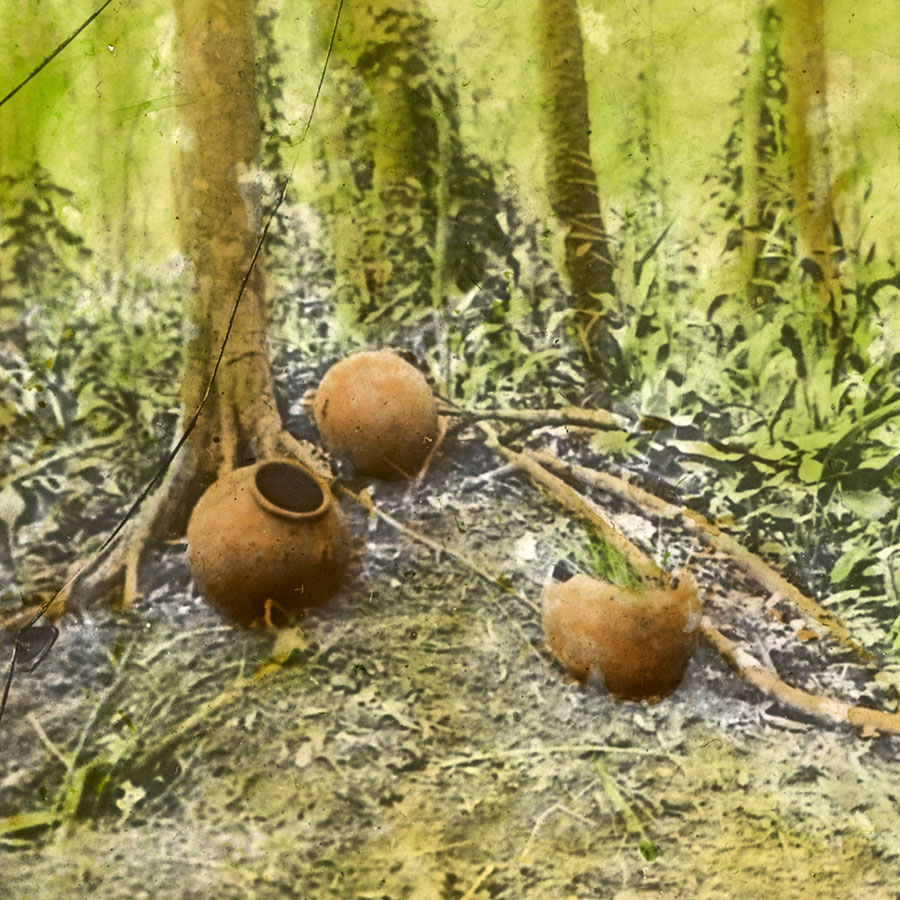 Pots in which twin babies were exposed due to the superstitions of the natives (photo c. 1880)

During her forty-year ministry in Africa, Mary Slessor contracted malaria (which never left her), as well as other fevers and health-wracking illnesses. She ministered to head-hunters and cannibals. She interceded in inter-tribal warfare and she saved countless babies who were left to die in the jungle due to the superstitions of the natives. The birth of twins among the Efiks had always resulted in infanticide because they believed it was the result of a great sin by the mother and evidence of a curse. They would be abandoned in the jungle to wild animals. Mary rescued a number of twins and raised them herself, saving numerous lives. On one occasion she nursed a chief back to health, to the great relief of his wives, all of whom would have been sacrificed if he had died. They gathered around her to ask about her wonderful powers and she replied:

“I have come to you because I love and worship Jesus Christ, the Great Physician and Saviour, the Son of the Father God who made all things. I want you to know this Father and to receive the eternal life which Jesus offers to all those with contrite and believing hearts. To know Jesus means to love Him, and with His love in our hearts we love everybody. Eternal life means peace and joy in this world and a wonderful home in the next world. My heart longs for you to believe in Jesus, to walk in His paths, and to know the blessings of eternal life through Him.” 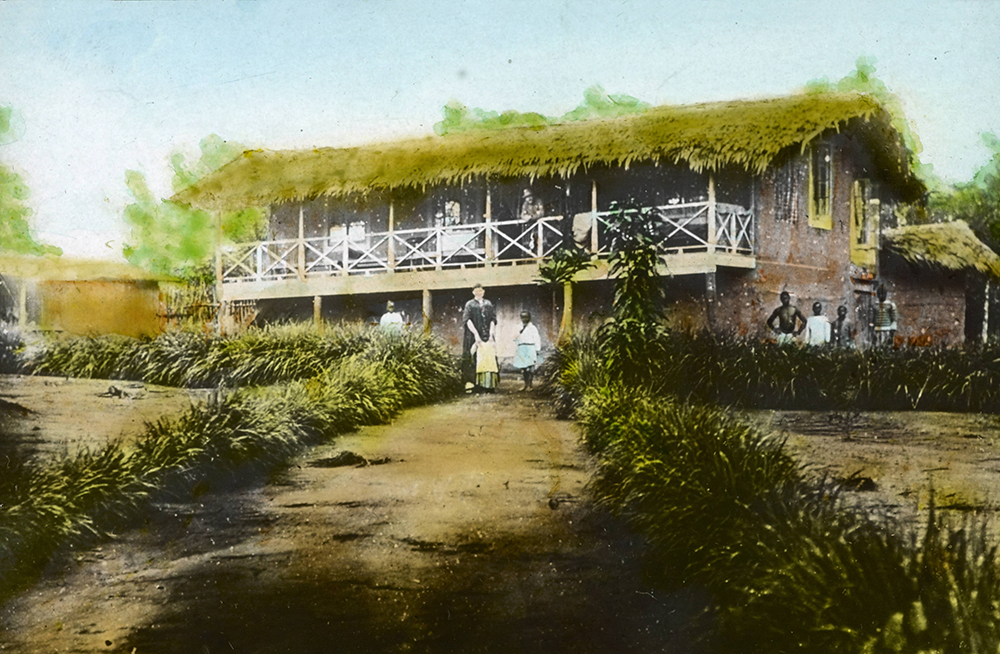 Mary Slessor died in 1915 in Nigeria, having led hundreds to Christ. So great was her loving and powerful ministry in Calabar that she was given what amounted to a state funeral by the British colonial government, and flags were flown at half-mast. The Efiks called her the Queen of Okoyong and there are memorials to her in Calabar including a church, statues with her holding twins, and schools. God gave Mary forty years of unrelenting sacrifice and Gospel witness in a region known as “the white man’s grave;” but she did not die until her tasks for Him were done. 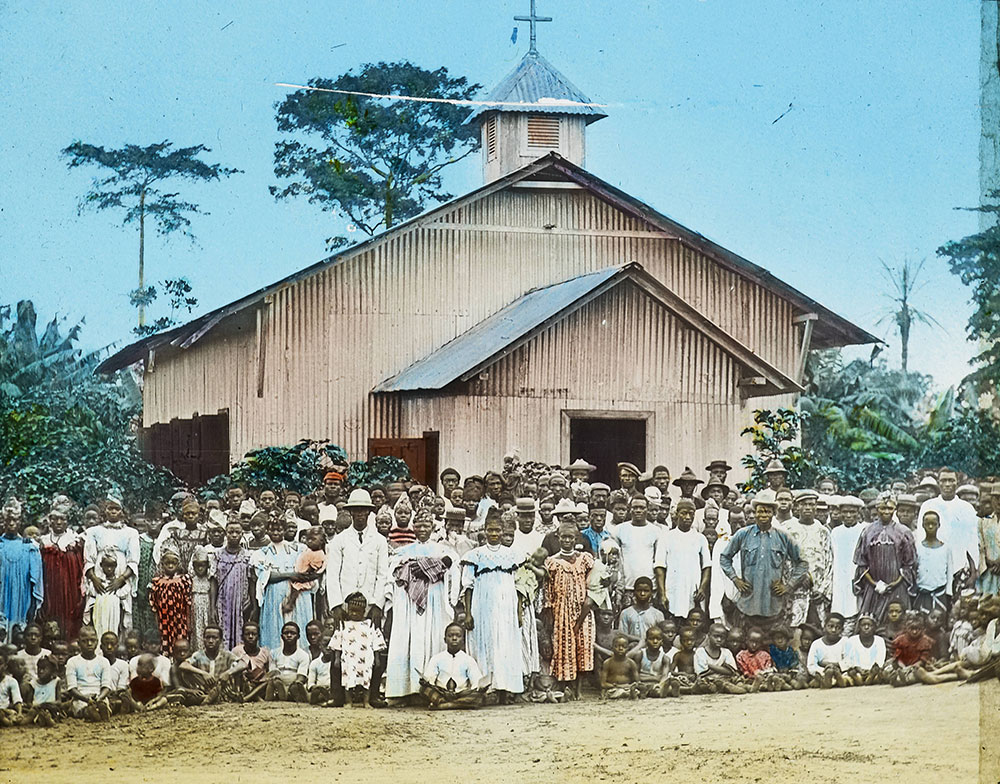 A church in Calabar was originally built in 1905 by Onoyom Iya Nya, a wealthy trader who became a Christian under the work of Mary Mitchell Slessor. The original church, however, was flooded in 1906, prompting the construction of a new church on higher ground. It is unclear which church is represented in this photo from c. 1900-1910.