“Thy tacklings are loosed; they could not well strengthen their mast, they could not spread the sail: then is the prey of a great spoil divided, the lame take the prey.” —Isaiah 33:23

he young Republic fell prey to the Barbary pirates, as American merchants were set upon in the Mediterranean. George Washington reluctantly paid the ransom for the crews, but that was not the end of the story. In March of 1794 Congress authorized the building of six frigates, the real beginning of the United States Navy. Not only would the Americans settle the hash of the pirates, those ships would remain in service for many years and fight France in the “Quasi-war,” and the British in the War of 1812. One of those vessels, the USS Constitution, is still an active, commissioned Naval warship — the oldest in the world. In 1812 she earned a nickname — “Old Ironsides.” 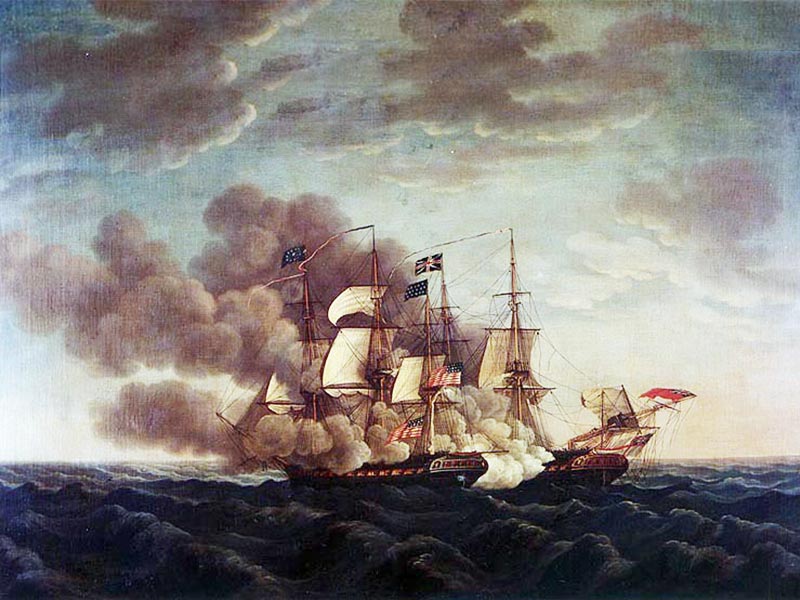 Launched in 1797, the 44-gun frigate was built to beat any other frigate of France or Britain, and outrun ships of the line. She often exceeded her rating with up to fifty guns. She boasted a twenty-one-inch thick hull of southern live oak from Georgia, a brilliant choice of wood in combination with her white pine masts from Maine and copper sheathing made by Paul Revere! Constitution performed solid service around the Mediterranean Sea in a patrol that lasted for four years and almost caused a mutiny in the crew. Resupplied and refitted in Boston, her home port, the Constitution under Captain Isaac Hull sailed out of Annapolis with a new crew, against the British Navy three months after the declaration of war in June of 1812. As providence would have it, the USS Constitution spotted HMS Guerriere off the coast of Canada near the mouth of the St. Lawrence in August, and took off in hot pursuit. 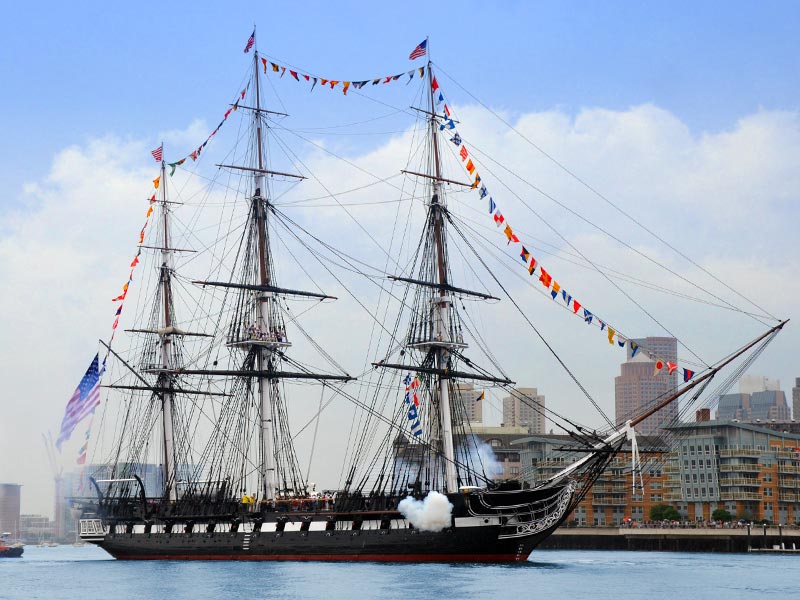 The British frigate, in command of Captain James Richard Dacres, had broken off from the fleet for a much needed refit in Halifax. Guerriere fired the first broadside, which fell short, and then made a run for it. Captain Hull ran the Constitution “within pistol shot range” and the two ships exchanged broadsides for fifteen minutes. Some of the English cannonballs bounced off the oaken hull of the American ship, causing one sailor to shout that her sides were made of iron! After a raking fire that brought down the main yard of Dacres’ ship, they swung around in such a manner that the British could only use her bow guns while the Constitution fired broadsides. The mainmast and foremast “fell by the board”. The result of such a contest caused one-third of the British seamen to fall dead or wounded and the entire ship turned into a floating wreck. Captain Dacres struck his colors. His ship was sinking, so the crew was taken off by the Americans and the ship set ablaze till it blew up. 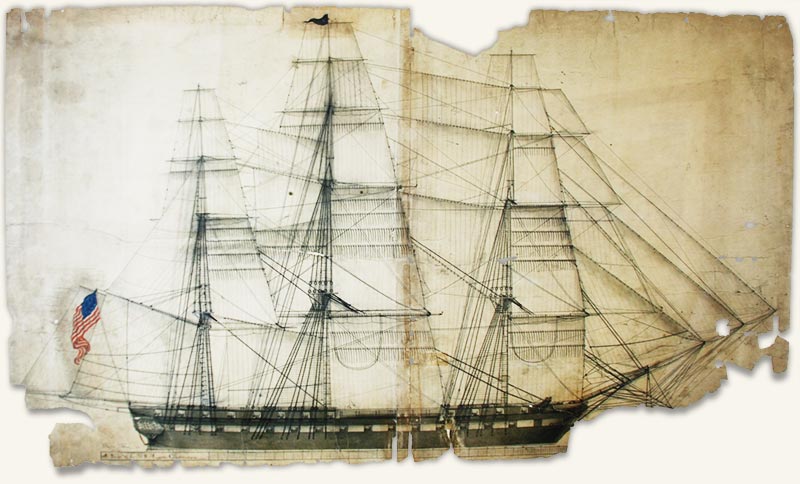 Sailplan Sketch of the USS Constitution

The loss of HMS Guerriere made but a small dent in the six-hundred-ship British navy, but the victory for the Americans made a huge impact on the morale and patriotic fervor of a population already discomfited by military defeats and anti-war sentiments. Some historians believe the victory by the USS Constitution was a pivotal point in American history. The psychological effect of a small victory at the right time can boost the morale of a nation far beyond its actual military accomplishment. George Washington found that out at Trenton and Princeton. The engagement was Captain Hull’s only battle; he subsequently took over the navy yard in Bainbridge and Constitution received a new captain.

Join us as we visit the USS Constitution during our Pilgrims and Patriots tour of Plymouth and Boston November 12-17! 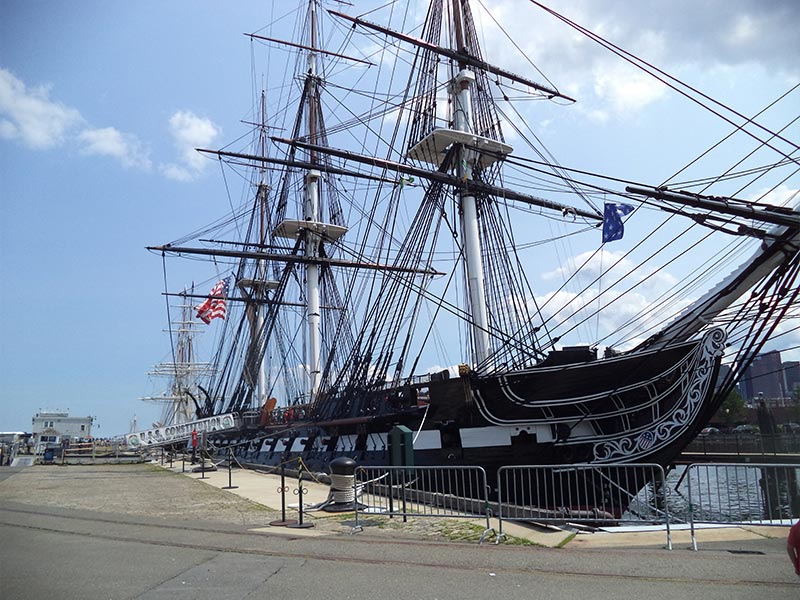 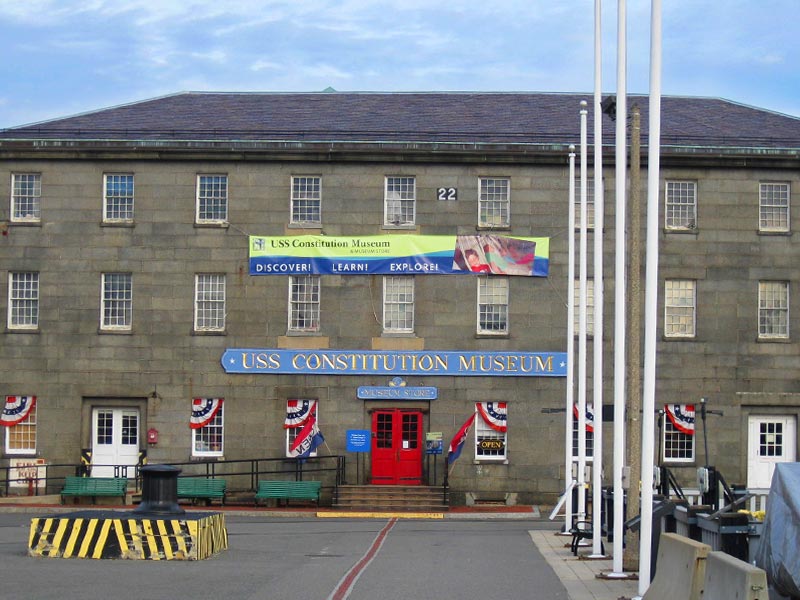 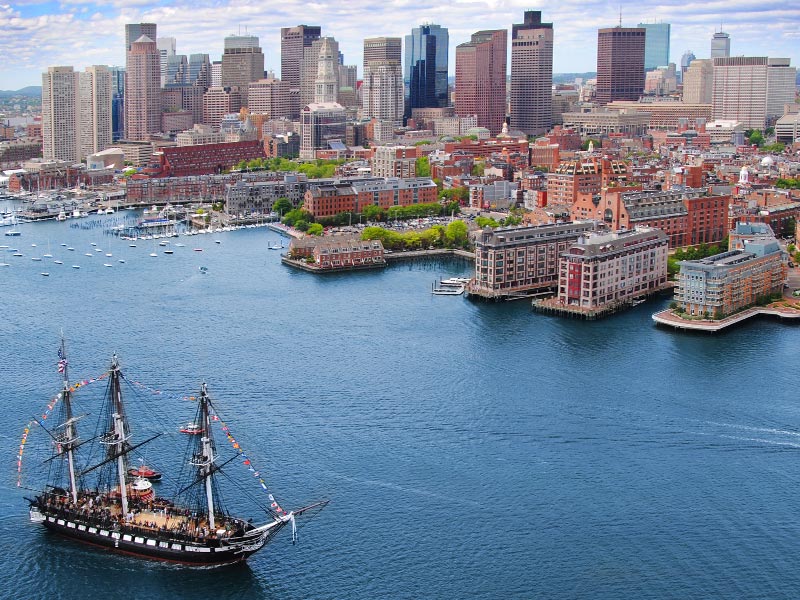