On 8 January, 1815 the Battle of New Orleans was fought between England and the United States at Chalmette Plantation, the last battle of the War of 1812. We are in the third year of the bicentennial of that war; the battle fought in Louisiana has become the best-known one of that sanguinary conflict. That day in history is fraught with interesting and significant providential meaning and circumstance that most people are not aware of. 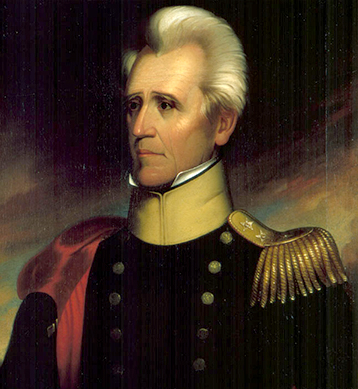 The American commander was a Scots-Irish Tennessee lawyer, named Andrew Jackson. He was known for his quick temper and frontier sense of honor. He carried inside his body irremovable bullets received in duels. One pundit claimed he rattled like marbles in a tin can when he walked. The governor of his state commissioned him Major General and he led an army of riflemen, both whites and Indians, to fight the Red Stick Creeks in the Creek Civil War, being fought in the midst of the larger War of 1812. While at Fort Strother in northern Alabama, nearly his entire army deserted for lack of food and pay and he remained to “fight the Creeks by myself if I have to.” Another force was raised to assist him and he defeated the Red Sticks at the Battle of Horsehoe Bend on the Tallapoosa River.

Responding to a call to protect New Orleans from a British expeditionary force, he took his small army to the Crescent City to take on the veteran red coat army sailing there to drive the Americans out. Besides Jackson’s surviving duels, mutinies, and political enemies to engage the British in New Orleans, the fact that the city and the Louisiana Territory itself belonged to the United States is providence worthy of note, and at the center of the story is one of the greatest of men in European history, Napoleon Bonaparte.

In 1801, with the Americans expanding westward, the French Empire of Napoleon sensed a real threat to their Louisiana Territory. At the same time, a slave revolt on the French island of Saint-Domingue was destroying the economy and peace of that Caribbean outpost. Settling the hash of opponents in the manner to which he was accustomed, the Emperor dispatched an army of 31,000 veterans. After the defeat of the armies of the slave revolt, the French troops would continue to New Orleans and secure Louisiana. However, 25,000 French soldiers died of yellow fever in Haiti, including more than 20 generals. The survivors straggled back to Europe and Napoleon sold the Louisiana Territory to the United States for three cents per acre.

The British army landed and attacked Jackson’s barricaded troops. The British were hurled back, losing many officers, including the commanding general, the Honorable Sir Edward Pakenham, brother-in-law to the Duke of Wellington, and more than 2,000 men, to the marksmanship of the American frontiersmen and allied pirates, Indians, and dockside riff raff. General Jackson wrote to a friend that “It appears that the unerring hand of Providence shielded my men from the shower of balls, bombs and rockets.” There were a little over 300 casualties on the American side in the campaign.

The British forces retired to their ships and planned the next step. Mobile, Alabama was there for the taking but word was received that Napoleon (once again, unknowingly and providentially, changing history to the benefit of the United States) had escaped from exile on the Island of Elba and all British troops were recalled to eventually fight at Waterloo.

General Jackson himself wrote President Madison after the battle that “Heaven, to be sure, has interposed most wonderfully on our behalf.” Andrew Jackson’s name became a national by-word for determination, courage, and military prowess, eventually vaulting him into the Presidency of the United States.

From the destiny of a load of buckshot from a Mississippi militiaman at New Orleans, to the raising up of a world-changing dictator like Napoleon, God directs the means to the outcomes that we can study in history. We know that God’s counsels shall stand and His purposes are accomplished for men and nations. It is good for rulers to recognize God’s sovereignty over them and not devise vain plans against Him, lest He laugh at them and “speak to them in his fury.”