The Death of Archibald Alexander, 1851

“He said to them, ‘It is not for you to know times or seasons that the Father has fixed by his own authority.’” —Acts 1:7

The Death of Archibald Alexander,
October 22, 1851

n centuries past, the name given an individual at birth often had significant meaning. Among Scottish families, Archibald and Alexander were common and had strong definitional and historic undertones. Archibald comes from Old German and was derived from erchan, meaning genuine, and bald, meaning bold. Alexander is of Greek derivation and means “defender of man” or just “defender.” Rev. Archibald Alexander encapsulated in his character and life all that his name implied. 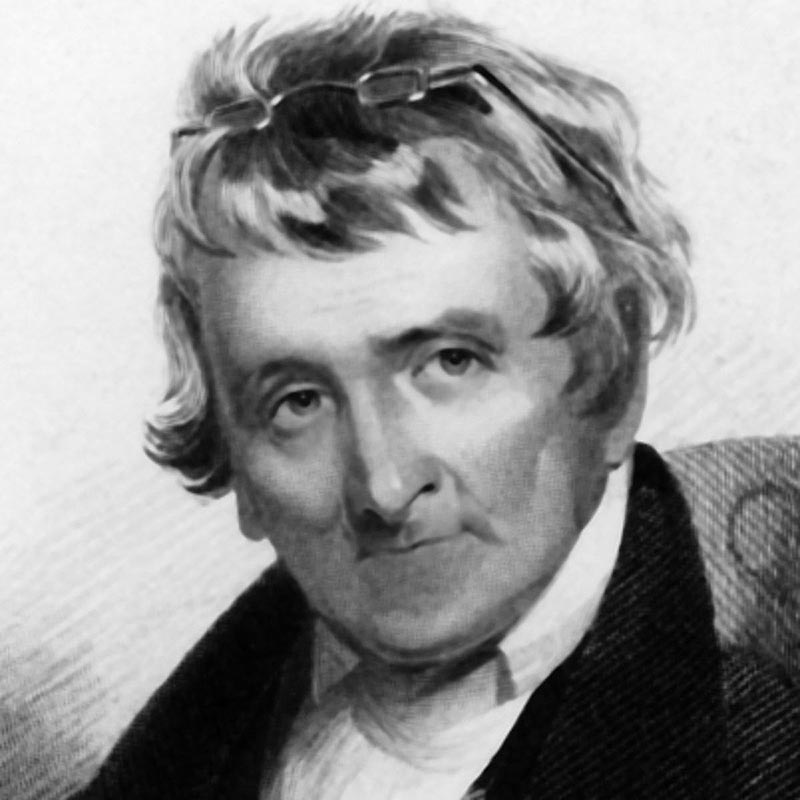 Archibald was born the third of nine children, in a log cabin near Lexington, Virginia in 1772, to a family who had left Scotland and Ireland in that century and settled first in Pennsylvania, then on the Virginia frontier. His grandfather made a profession of faith in Christ under the preaching of Samuel Rowland during the “Great Awakening,” and his father had joined one of the little Presbyterian churches founded in Rockbridge County, Virginia, when they moved out of the Quaker State. 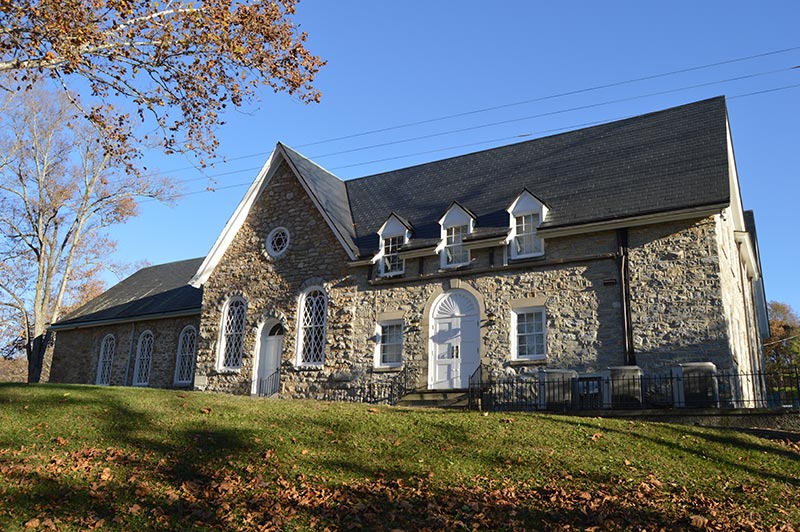 The Alexander children sat under the teaching of Rev. William Graham, a Princeton graduate who came to the area to establish a school for the local children. Archibald became one of his prize students in the school he called Liberty Hall Academy, which became the precursor of Washington and Lee College in the late 19th Century. The Rev. Graham became the pastor of Timber Ridge Presbyterian Church and provided a Christian classical education second to none on the frontiers of the South. Under Graham and other competent teachers succeeding him, Archibald learned Latin, Greek, and Hebrew, and became an accomplished public speaker and rhetorician himself.

Even with his education, memorization of the catechisms, and biblical knowledge, Archibald left home at seventeen, without a saving knowledge of Christ, to tutor in the home of a Colonel Posey in Spottsylvania County. He “had an aversion to anything spiritual,” and “laughed at any who gave signs of extraordinary devotion.” While a tutor in the Posey home, Archibald providentially met an elderly and devout Christian woman who refuged there also—a Mrs. Tyler—who witnessed to him of the “new birth” and his need of true faith. She also introduced him to the works of John Flavel, an old Puritan and Presbyterian preacher. While reading Flavel’s sermon on Revelation 3:20 to the family on a Sunday night, the young tutor was overwhelmed by the saving Grace of God, and his life was changed forever. All of the teaching and reflection by Christians of his past had plowed the field of his heart, until the words of a man long in his grave, was used by the Holy Spirit to penetrate his philosophical resistance, and self-centered skepticism, to create a new man in Christ. 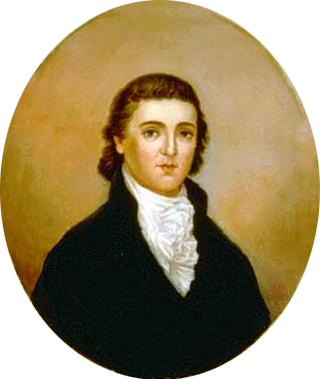 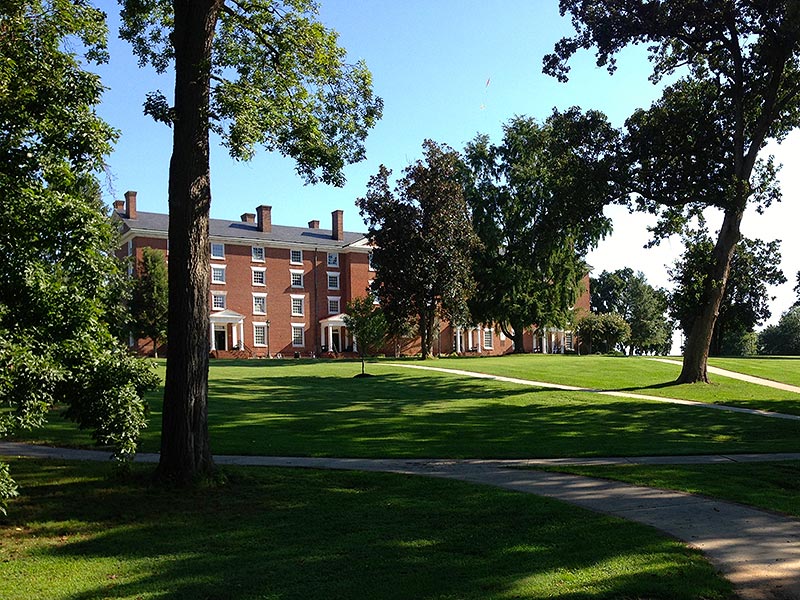 The grounds of Hampden-Sydney College in Virginia

Archibald Alexander returned to Liberty Hall for biblical instruction and became a Presbyterian missionary on the frontier, before accepting the presidency of Hampden-Sidney College in 1796 at the age of twenty-four. His impassioned evangelical preaching and profound scholarship resulted in his calling as pastor of the Third Presbyterian Church in Philadelphia and moderator of the General Assembly in 1808. Seeing the need of a seminary devoted to both scholarship and warm evangelical preaching, he persuaded his denomination to establish the seminary at Princeton, and they chose him as a one-man faculty to make it happen. In 1812, the first class of three students met with the faculty, Alexander himself, in his home, sharing in family devotions and study. In the course of the century, the seminary graduated hundreds of young men who entered Gospel ministries of all sorts, especially as church pastors and foreign missionaries. 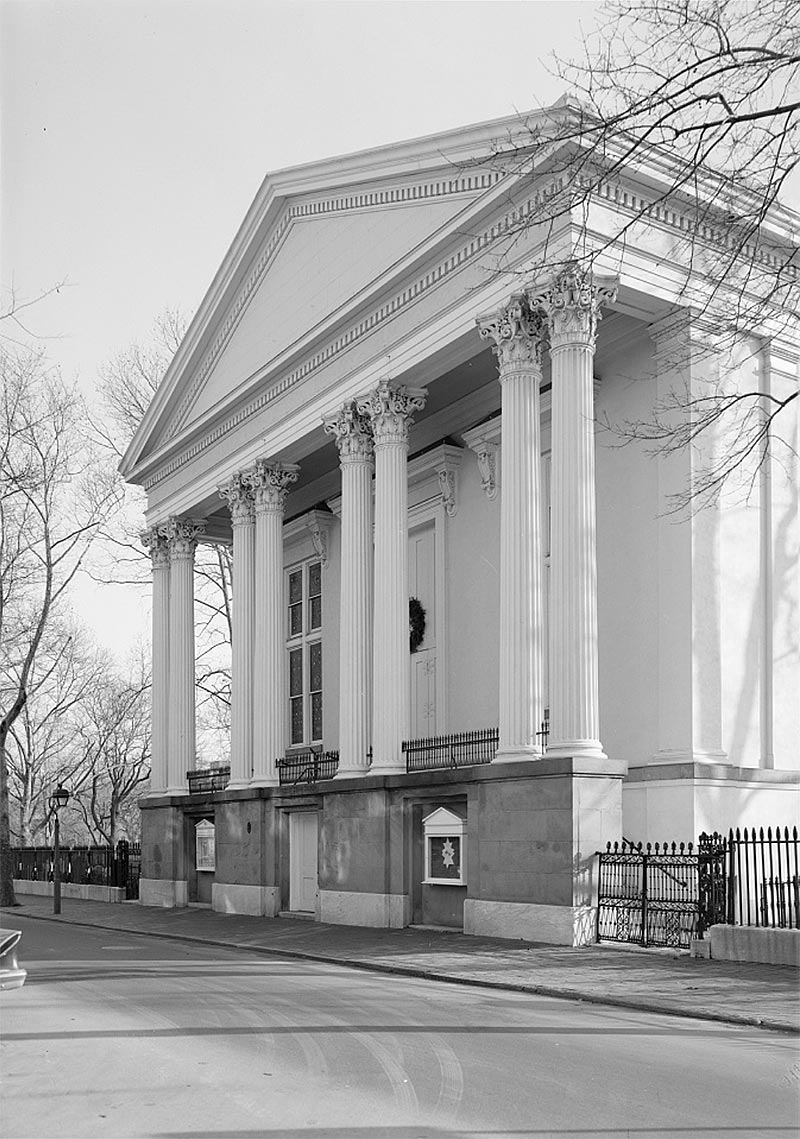 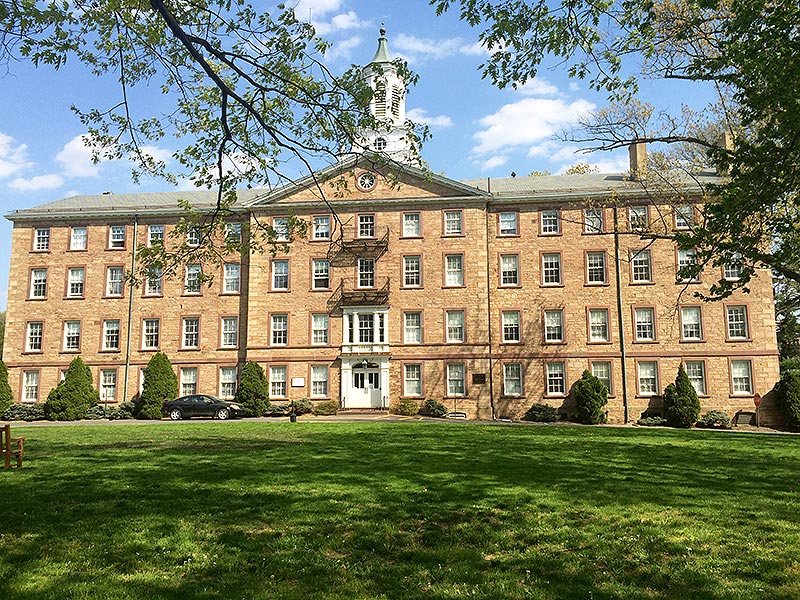 Alexander married Janetta, the daughter of Rev. James Waddell around 1802, and they saw four of their five sons enter the ministry and one the state senate. Archibald wrote a number of practical theological works, and established Princeton Seminary as the foremost theological institution to carry on both the uncompromised commitment to biblical fidelity, and its practical application in the dissemination of the Gospel around the world, until the early 20th Century. Among his last words as he lay dying at the age of 79, were these:

“Oh most merciful God . . . Thou hast a perfect right to dispose of me, in that manner which will most effectively promote Thy glory: And I know that whatever Thou dost is right, and wise, and just, and good. . . . And when my spirit leaves this clay tenement, Lord Jesus receive it! Send some of the blessed angels to convey my inexperienced soul to the mansion which Thy love has prepared. And O, let me be so situated, though in the lowest rank, that I may behold Thy glory. May I have an abundant entrance administered unto me into the kingdom of our Lord and Savior, Jesus Christ, for whose sake and in whose name, I ask all these things. Amen.